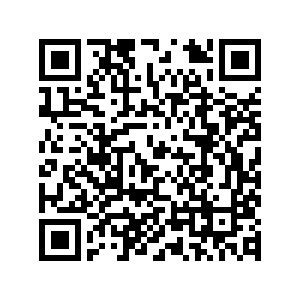 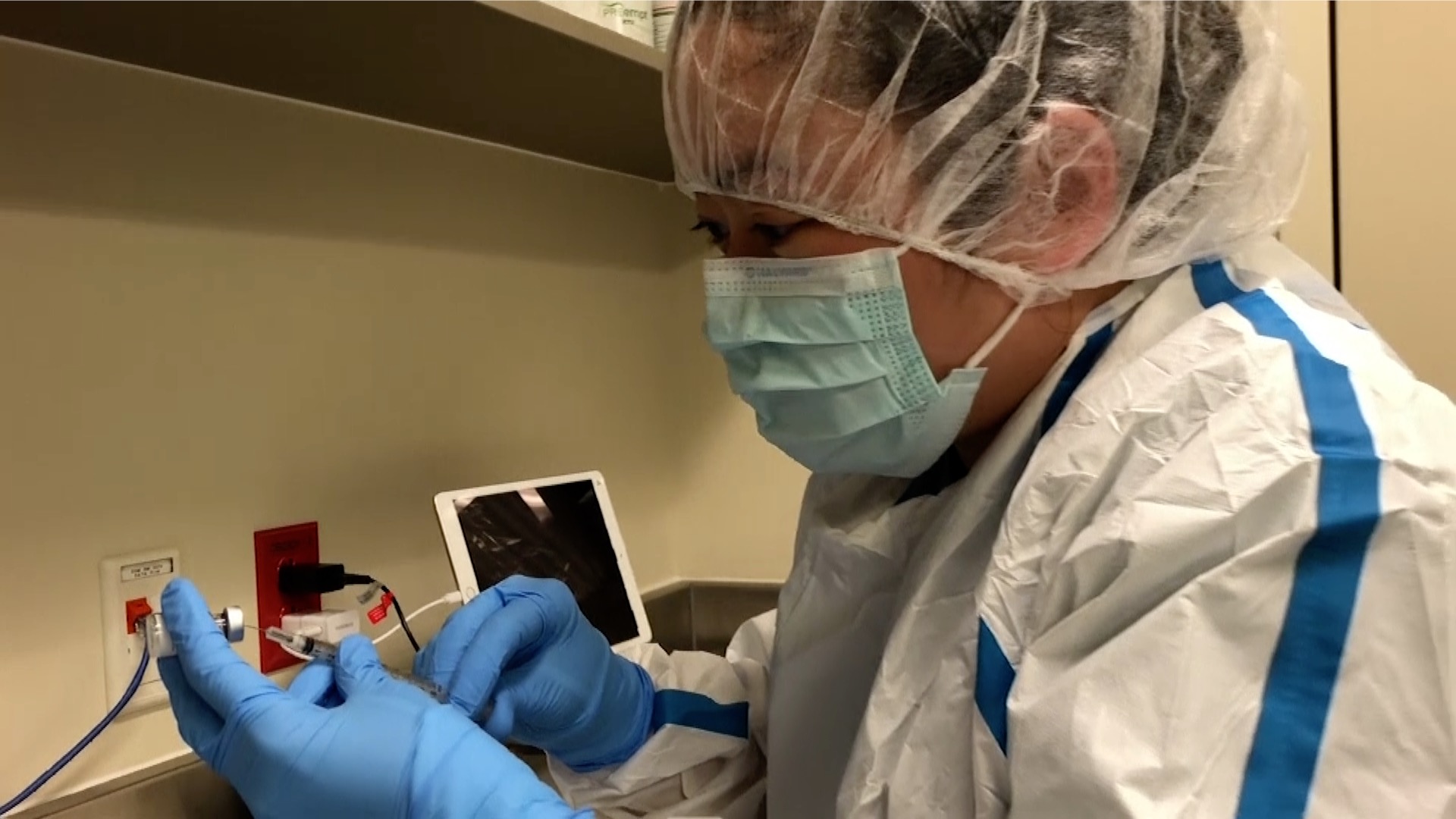 As COVID-19 vaccinations roll out to more and more people, health authorities are keeping a close watch for any unexpected side effects.

Administration of the vaccine began Monday in the United States, following emergency-use authorization last week. Early doses have been set aside for healthcare workers and nursing home residents.

An Alaskan health worker had a serious allergic reaction after getting Pfizer Inc and BioNTech's coronavirus vaccine, but the patient is now stable, public health authorities said on Wednesday.

The adverse reaction in the person, minutes after taking the Pfizer shot on Tuesday, was similar to the two other cases reported last week in the UK.

Britain's medical regulator has said that anyone with a history of anaphylaxis, or severe allergic reactions to a medicine or food, should not get the Pfizer-BioNTech COVID-19 vaccine.

But the U.S. Food and Drug Administration (FDA) has said that most Americans with allergies should be safe to receive the vaccine. It said only people who previously had severe allergic reactions to vaccines or ingredients in this particular vaccine should avoid getting it.

The Alaskan patient did not have a history of allergic reactions, Lindy Jones, the director of the emergency department in the capital Juneau, where the patient was treated, told reporters at a virtual briefing.

The symptoms in the middle-aged patient resolved after being administered with allergy treatment epinephrine, Jones said. The patient was still in Juneau's Bartlett Regional Hospital being monitored on Wednesday.

Former FDA Chief Scientist Jesse Goodman called the allergic reaction concerning but said that more information must be known in order to better understand the risks.

"What we need to know is what the denominator is -- how many doses have been given? Is this going to be something that's going to be seen at a higher incidence with this vaccine than with others?" Goodman said. "We're going to have to find out those things to inform whether that changes recommendations or how this is used." 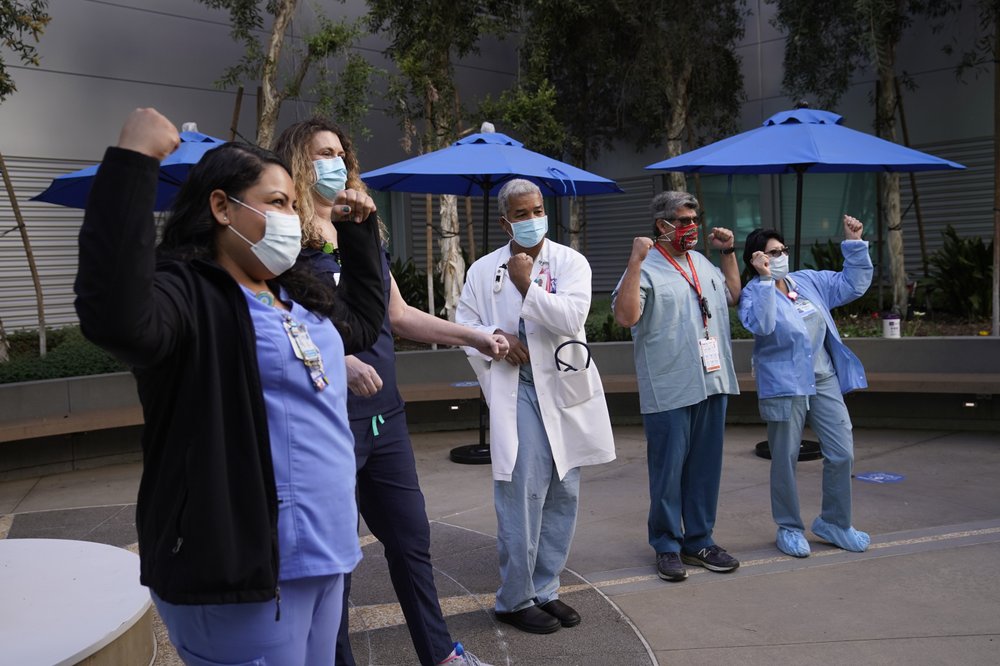 The seven-day rolling positivity rate for testing in the U.S. rose over the past two weeks from 10.1 percent on December 1 to 11.1 percent on Tuesday, according to latest data from Johns Hopkins University.

Institute for Health Metrics and Evaluation (IHME) of the University of Washington published a model predicting that the U.S. will see a cumulative 539,000 deaths by April 1, with or without the planned rapid vaccine rollout. By comparison, about 405,000 American service members perished in World War II over nearly four years.

Robert Redfield, director of the Centers for Disease Control and Prevention, warned the country could reach 450,000 fatalities before February 1.

"The way the number of infections has been growing so fast, it's hard to believe we won't be at half a million deaths," said Dr. John Swartzberg, a professor emeritus of infectious diseases and vaccinology at the University of California-Berkeley who in late August predicted the current spike. He also expected cases, hospitalizations and deaths to continue climbing until late January.

There is still not enough data to predict exactly how effective the two vaccines adopted in the U.S. are in flattening the curve of the coronavirus spread.

There are two different types of immunity prompted from vaccines. One is functional immunity, which means recipients can contract a virus and transmit it but not develop a disease. If that were the case with the new inoculations, there would still be a need for preventive measures such as social distancing and mask wearing until about 70 percent of the general public were protected, thereby achieving herd immunity, according to Dr. Swartzberg.

If the vaccines produce sterilized immunity, which is a more ideal scenario, recipients wouldn't get sick or spread the virus.

Swartzberg said data from Pfizer "suggests that the vaccine may tilt toward sterilized immunity, not completely, but it may tilt there. Let's say it protects 95 percent of the people from getting sick and maybe it will prevent 90 percent or 85 percent of the population from being contagious. That would be fabulous."

"So it's going to be the vaccine plus mask wearing, social distancing and restrictions on large gatherings for several months to come before we're really going to see the dent being made," Schwartz added. "The vaccine is an incredibly valuable, desperately needed new weapon in our arsenal. But it is not the only weapon we have, and we can't think of it as a replacement for those weapons we had all this time."