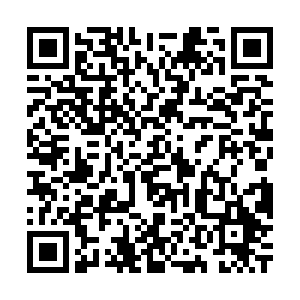 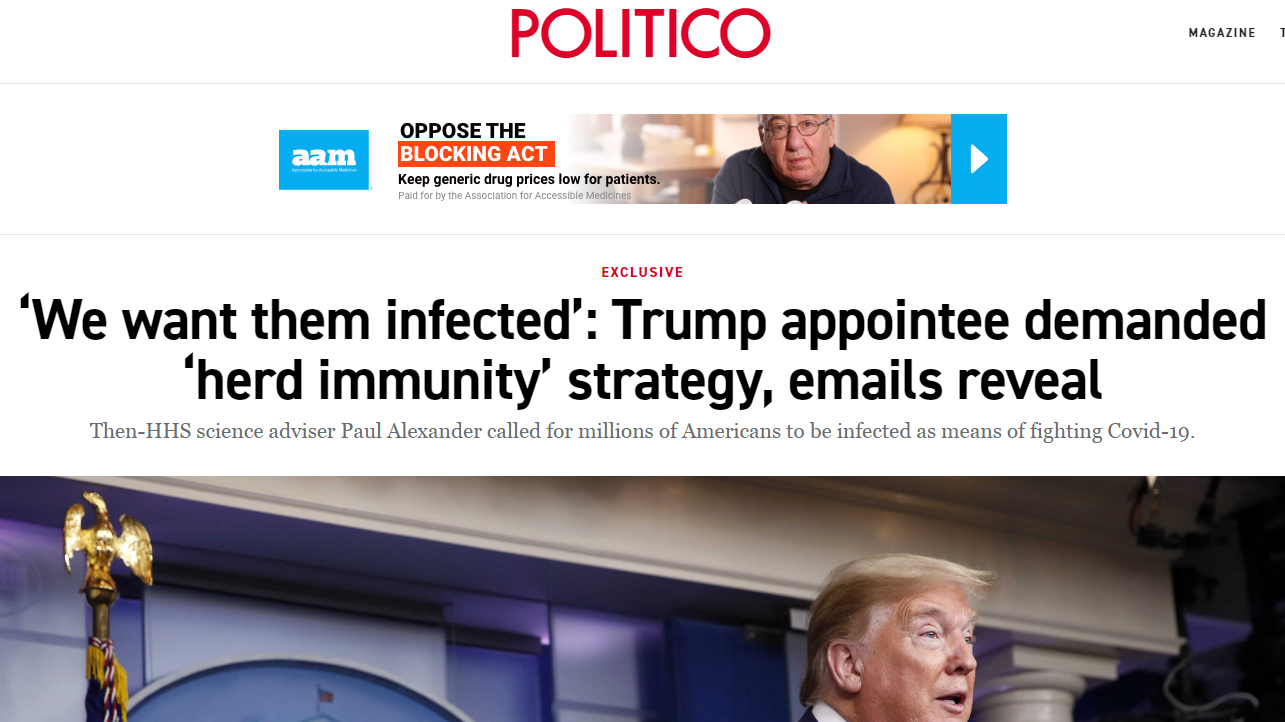 Screenshot of the Politico article about herd immunity in the United States.

Screenshot of the Politico article about herd immunity in the United States.

As an American citizen, I am very much used to the fact that Washington simply does not care about the average citizen. The health care system leaves tens of thousands dead every year without basic access to medical care, there are hundreds of thousands of people experiencing homelessness (and millions more facing a similar situation very soon) and while solving these issues would apparently be too expensive, according to politicians, trillions are spent on endless wars.

If it weren't already apparent, this year has been a complete testament to the fact that the lives of average Americans are worthless to these politicians. Over 300,000 Americans died thanks to the country's uncontrolled COVID-19 outbreak, a situation that could have been easily avoided with the proper political will.

A new report by Politico that came out this week finally puts words to these actions. Recent emails obtained by the outlet of Paul Alexander, President Donald Trump's former science adviser, unmistakably prove that our supposed leaders do not care about our lives.

"There is no other way, we need to establish herd [immunity], and it only comes about allowing the non-high risk groups to expose themselves to the virus. PERIOD," Alexander wrote in an email on July 4 to his boss, Health and Human Services assistant secretary for public affairs Michael Caputo and six other senior officials.

"Infants, kids, teens, young people, young adults, middle-aged with no conditions etc., have zero to little risk … so we use them to develop herd … we want them infected," Alexander added. 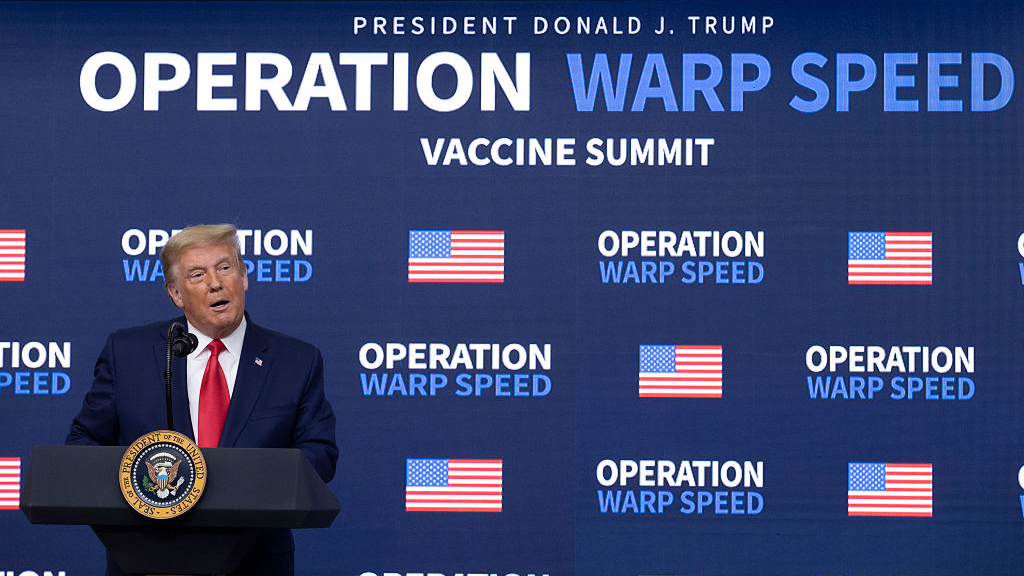 And the email that infuriated me the most, "So the bottom line is if it is more infectiousness now, the issue is who cares?"

"If it is causing more cases in young, my word is who cares … as long as we make sensible decisions, and protect the elderly and nursing homes, we must go on with life … who cares if we test more and get more positive tests," Alexander wrote in an email on July 3 to top communications officials in the health department.

According to Politico, Alexander was a personal pick of Trump for his position and tasked with leading the health department's communications. Alexander's recommendations, officials told Politico, had the backing of the White House. It means that these words may as well come right from the Trump horse's mouth.

The White House has never publicly endorsed herd immunity, but certainly this was on the minds of some officials. Republican officials across the country were already saying from the beginning that they would be willing to sacrifice their lives for the economy, and clearly this was an idea that was popularized.

The Republican Party's push for coronavirus-related corporate liability protection is exactly this attempt to get people to sacrifice their lives and well-being for the economy – whether they want to or not.

It is true that the entire federal government was not completely on board with the scientifically disproven and abjectly immoral herd immunity strategy because there are sensible, non-political appointee employees. But the fact that top officials, especially top political appointees, were pushing for this is obviously responsible for the federal government's haphazard response to the pandemic.

Certainly, we already know that Trump lied about how deadly COVID-19 is because, as he says, he didn't want to create a panic – but it was obviously more than that. Recall that in April, around the time that Trump appointed Paul Alexander and when the reopening push began, the White House blocked a plan by the U.S. Postal Service to mail every American a face mask.

With Alexander's emails out there, we have a rare situation this year when words and deeds actually line up perfectly, and to deny this – that top administration officials literally do not care about the lives of average Americans – is hopelessly delusional.

Ironically, there has been a bizarre argument in support of reopening, even herd immunity, that claims some kind of humanism. According to this argument, it is an infringement on the individual, on "liberty," to restrict activities during the greatest public health emergency in a century. Though I am sure these people will still find a way to mentally contort themselves, I would ask them to read Paul Alexander's emails and try to find even one speck of humanism or a shred of sense.

Make no mistake, herd immunity makes absolutely no sense in a world where preserving health and well-being is a sensible thing. Just from my own experience, several younger members of my family have come down with COVID-19 and are seriously afraid that they may never return to their normal health.

As I write, my mother, a respiratory therapist in the U.S., is telling me about people younger than me who have come into her emergency room and ended up on a ventilator.

It is extraordinarily well documented that COVID-19 is not just a disease of the old or sickly. It is also not well documented what the long-term effects of having had COVID-19 are. Both of these things taken together are the reason why we should certainly care if there are more cases regardless of the patient's demographic.