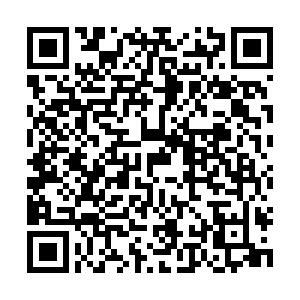 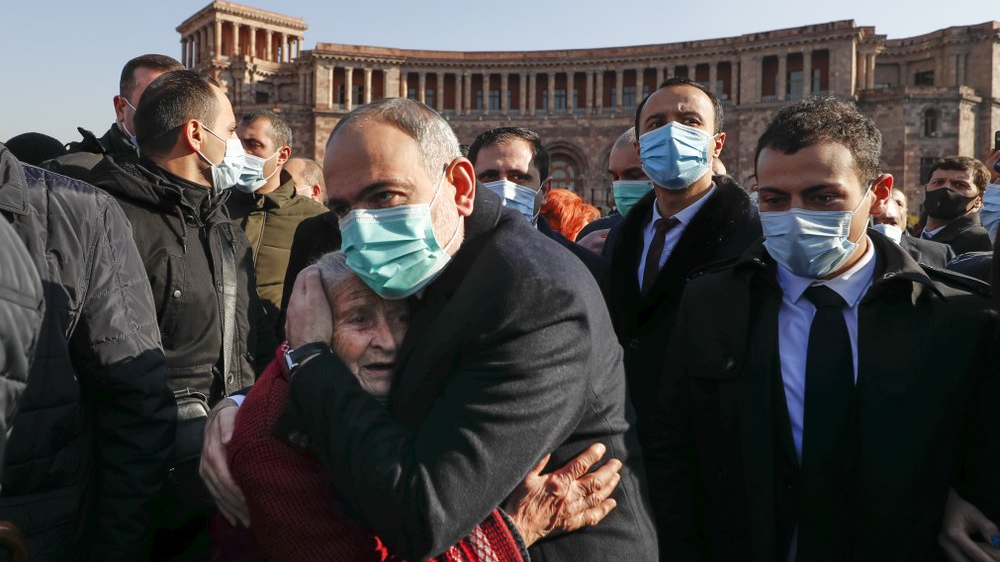 Armenian Prime Minister Nikol Pashinyan comforts a woman during a march of remembrance of the heroes killed in the war over the Nagorno-Karabakh region, Yerevan, Armenia, December 19, 2020. /AP

Armenian Prime Minister Nikol Pashinyan comforts a woman during a march of remembrance of the heroes killed in the war over the Nagorno-Karabakh region, Yerevan, Armenia, December 19, 2020. /AP

Thousands of Armenians marched through the capital Yerevan on Saturday to honor the soldiers killed in a six-week conflict over the Nagorno-Karabakh region in which Azerbaijan made significant territorial gains.

The conflict and the fatalities on the Armenian side have increased pressure on Prime Minister Nikol Pashinyan to resign. The opposition accuses Pashinyan of mishandling the conflict by accepting a Russian-brokered ceasefire last month.

Pashinyan led the march, held on the first of the nation's three days of mourning, to the Yerablur military cemetery to honor thousands of people who died in the latest fighting.

The prime minister's opponents, shouting "Nikol, you traitor!", engaged in scuffles with his supporters and police. Armenia's opposition has called on its supporters to join a nationwide strike on December 22 to pressure Pashinyan to resign over the losses incurred in the conflict.

Pashinyan, who swept to power in a peaceful revolution in May 2018, has rejected calls to resign.

Previously on Wednesday, ethnic Armenians in Nagorno-Karabakh accused Azeri forces of capturing several dozen of their troops, putting further strain on a ceasefire deal that brought an end to bloody fighting in the region last month.

Armenians have protested after reports that soldiers were seized by Azerbaijani forces in Nagorno-Karabakh.

Armenia and Azerbaijan have been at loggerheads over the mountainous region since 1988. Peace talks have been held since 1994, but there have been sporadic minor clashes.

The Russian-brokered deal halted a six-week conflict between Azeri and ethnic Armenian forces over the region and its surrounding areas, locking in territorial gains for Azerbaijan.

Russia has deployed nearly 2,000 peacekeepers for at least five years to police the ceasefire and facilitate the return of refugees.