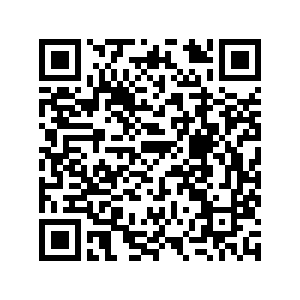 The European Union gave the green light on Monday to its post-Brexit trade deal with the UK, clearing the way for it to come into effect in the New Year.

The British parliament will have to ratify the deal later this week, but Brussels will apply it provisionally, cushioning the economic shock of the divorce.

Brexit trade deal: What happens next in UK and EU parliaments?

A deal at last: The final chapter in the story of Brexit?

Customs and regulatory controls on cross-Channel commerce will still come into effect on January 1 after Britain leaves the EU single market.

But there will be no immediate return to a regime of tariffs and quotas that could have disrupted trade after Britain's decision to quit the club.

Sebastian Fischer, spokesman for the German presidency of the EU, said: "EU ambassadors have unanimously approved the provisional application of the EU-UK Trade and Cooperation Agreement." 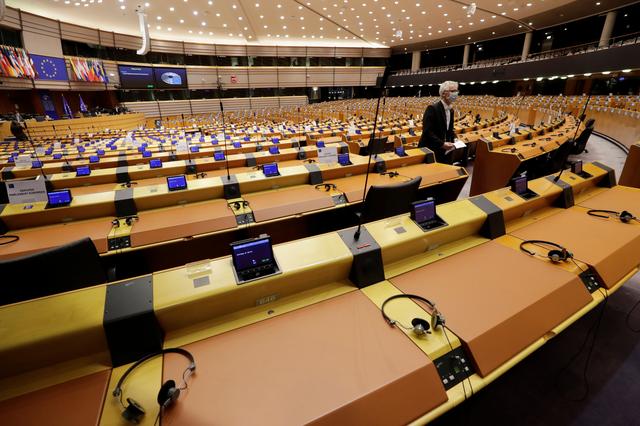 The interior view of the European Parliament ahead of a debate on future relations between Britain and the EU, in Brussels, Belgium, December 18, 2020. /Reuters

The interior view of the European Parliament ahead of a debate on future relations between Britain and the EU, in Brussels, Belgium, December 18, 2020. /Reuters

Under EU procedure, the decision by ambassadors from the 27 member states to endorse the plan will take effect at 3:00 p.m. (1400 GMT) on Tuesday.

But there is no expectation that any EU members will now slow the adoption of the trade deal, the fruit of a tortuous 10-month negotiation.

Germany holds the rotating EU presidency and Chancellor Angela Merkel's spokeswoman Ulrike Demmer said the coalition government has no objection to the text.

"Germany can accept the negotiated accord," she said.

The European Parliament will want to study the deal even after its provisional application and was expected to convene a session in the first half of next year to ratify it.

But on Monday, MEPs were discussing the possibility of pushing that date back further to give themselves more time to study the text and to watch how relations develop. 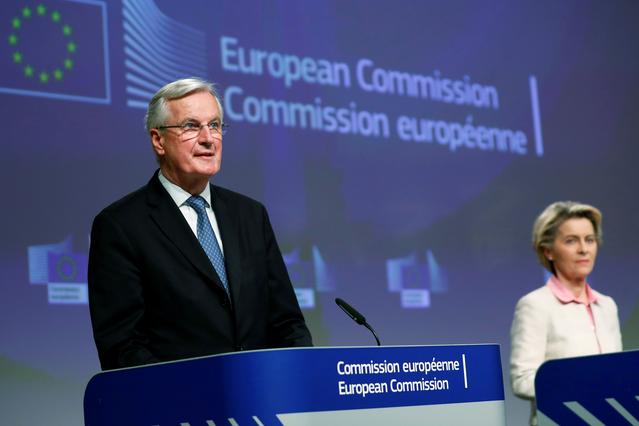 The member states' provisional approval will last until the end of February, but EU parliamentary leaders asked on Monday for a few more weeks to arrange a vote in March or April.

But if London refuses this delay, they have agreed to hold a special plenary session on or around February 23.

He described the exchanges as "fruitful" and thanked the MEPs "for their trust and support throughout this extraordinary negotiation."

British parliamentarians are to meet on Wednesday to debate the accord.

Although the 2016 Brexit referendum that set the divorce in motion proved to be extremely divisive, the vote is expected to go smoothly. 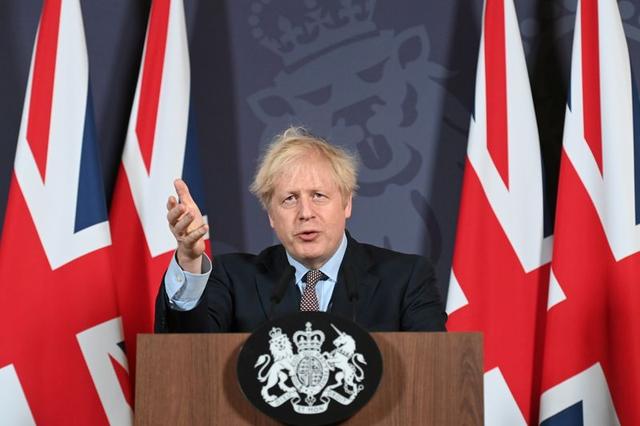 The MPs have not had long to study the 1,200-page text, but Prime Minister Boris Johnson has a comfortable majority of Conservative MPs in the Commons and has hailed the accord as a victory.

The minority Scottish National Party will oppose the deal – as it opposed Brexit – but the main Labor opposition will back it to avoid further disruption.

"I welcomed the importance of the UK/EU Agreement as a new starting point for our relationship, between sovereign equals," Johnson tweeted after a call with European Council President Charles Michel.

He said both sides looked forward to the formal ratification of the agreement and to working together on shared priorities, such as tackling climate change.

The free trade deal is the biggest bilateral trade deal signed by either side, covering trade worth around $905.4 billion.

Britain is the EU's third largest trading partner in goods, following the United States and China.

Trade, travel and fishing – what you need to know about the Brexit trade deal

Opinion: Has the UK taken back control?

The deal offers the British duty-free and quota-free access to its market of 450 million consumers, and gives European fishermen access to UK waters for at least another five-and-a-half years.

But it provides for Europe to impose compensatory measures on British business if London backslides on standards for state aid, the environment, labor law and taxation.