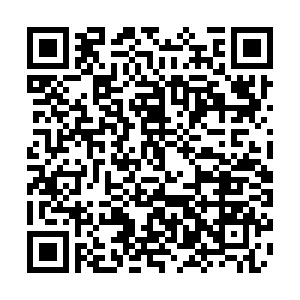 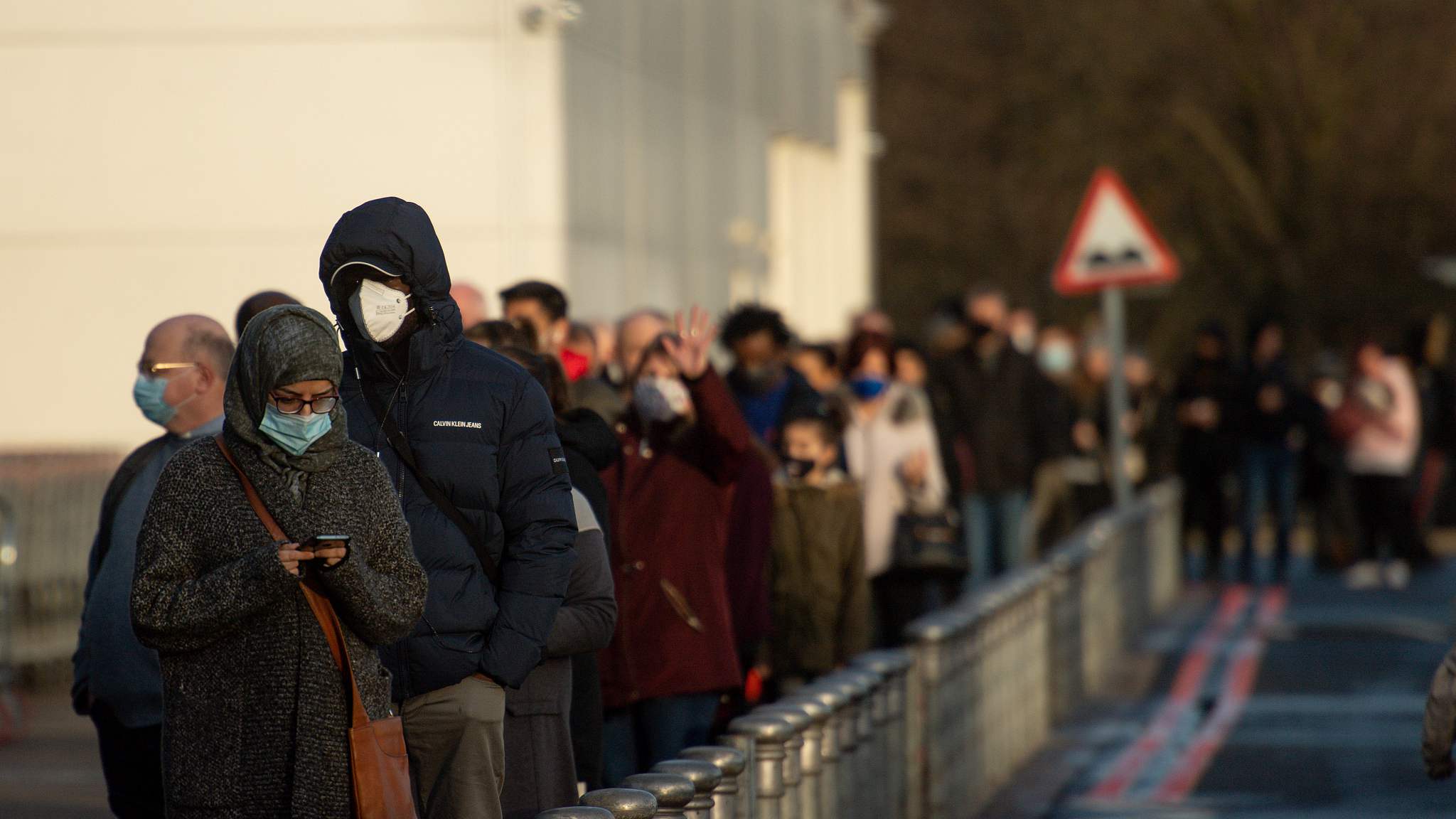 People are seen waiting in long lines to get into a supermarket amidst COVID-19 pandemic, in Birmingham, UK. /CFP

People are seen waiting in long lines to get into a supermarket amidst COVID-19 pandemic, in Birmingham, UK. /CFP

A new variant of the novel coronavirus does not appear to cause more severe illness than other variants, according to a matched study by Public Health England.

However, scientists say the new variant can spread more rapidly. It was found in England in mid December and led to other countries imposing travel restrictions on the United Kingdom. Several other countries have reported variants.

Under the study, researchers compared 1,769 people infected with the new variant with 1,769 who had what they described as "wild-type" virus. The two groups were matched 1:1 on the basis of age, sex, area of residence and time of testing.

Of the 42 people who were admitted to hospital, 16 were infected with the new variant while 26 cases had wild type infection, according to the study.

In terms of fatality, "analysis was restricted to 2,700 cases with a full 28 days elapsed since the specimen date," and 12 deaths took place among 1,340 variant cases, compared to 10 deaths in 1,360 wild-type cases.

"Preliminary results from the cohort study found no statistically significant difference in hospitalization and 28-day case fatality between cases with the variant and wild-type comparator cases," the study said.

There was no significant difference in the likelihood of reinfection with the new variant as compared with the other variants, it said.

The study, however, added that the "secondary attack rate," or the proportion of contacts of confirmed cases that develop disease themselves, was higher in people infected with the new variant.

Earlier on Tuesday, a leading epidemiologist who advises the government, Andrew Hayward, warned that Britain was heading for "catastrophe" over the coming weeks if it did not take tougher action against the more infectious variant of the virus.

Britain reported 53,135 new cases of COVID-19 on Tuesday, the highest number since mass testing started in mid-2020, according to the government data. British Prime Minister Boris Johnson has approved placing more parts of the country into the highest level of tier 4 restrictions.