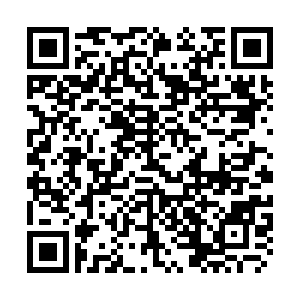 China will take necessary measures to protect the interests of Chinese enterprises, said a spokesperson of the Ministry of Commerce (MOFCOM) on Saturday.

The NYSE said the move is to comply with an executive order by U.S. President Donald Trump that imposes restrictions on companies identified as "affiliated with the Chinese military".

China's commerce ministry said in a statement that the delisting was "an abuse of national security" and "inconsistent with market rules", which will harm not only the legitimate rights and interests of Chinese companies, but the interests of investors in various countries, including the U.S., and seriously weaken all parties' confidence on the U.S. capital market.

China will take necessary measures to protect the interests of Chinese enterprises, according to the ministry.

"Meanwhile, we hope that the U.S. and China will meet each other halfway and work together to create a fair, stable and predictable business environment for the companies and investors of both countries, and push bilateral economic and trade relations back on track as soon as possible," said the MOFCOM.

Washington's move to limit Chinese companies from listing in the United States is "self-sabotage," which can't be good for America because the move reduces the service of one of the country's strongest industries, Fang Xinghai, vice chairman of the China Securities Regulatory Commission (CSRC) said in an exclusive interview with CGTN's BizTalk.

China's securities regulator has offered to join hands with U.S. audit inspectors to solve the problem. "Unfortunately, our U.S. friends don't seem to be interested in solving this problem," according to Fang.

Fang said 396 companies listed in China in 2020 and raised 470 billion yuan or nearly $72 billion in the capital. That makes China the second-largest IPO market in the world behind the United States. He said that the number of companies and the amount of capital raised were among the highest totals in China in the last 10 years.