Download
My 2020 Moments: A meal on Christmas Eve
Global Stringer 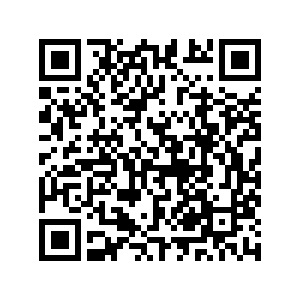 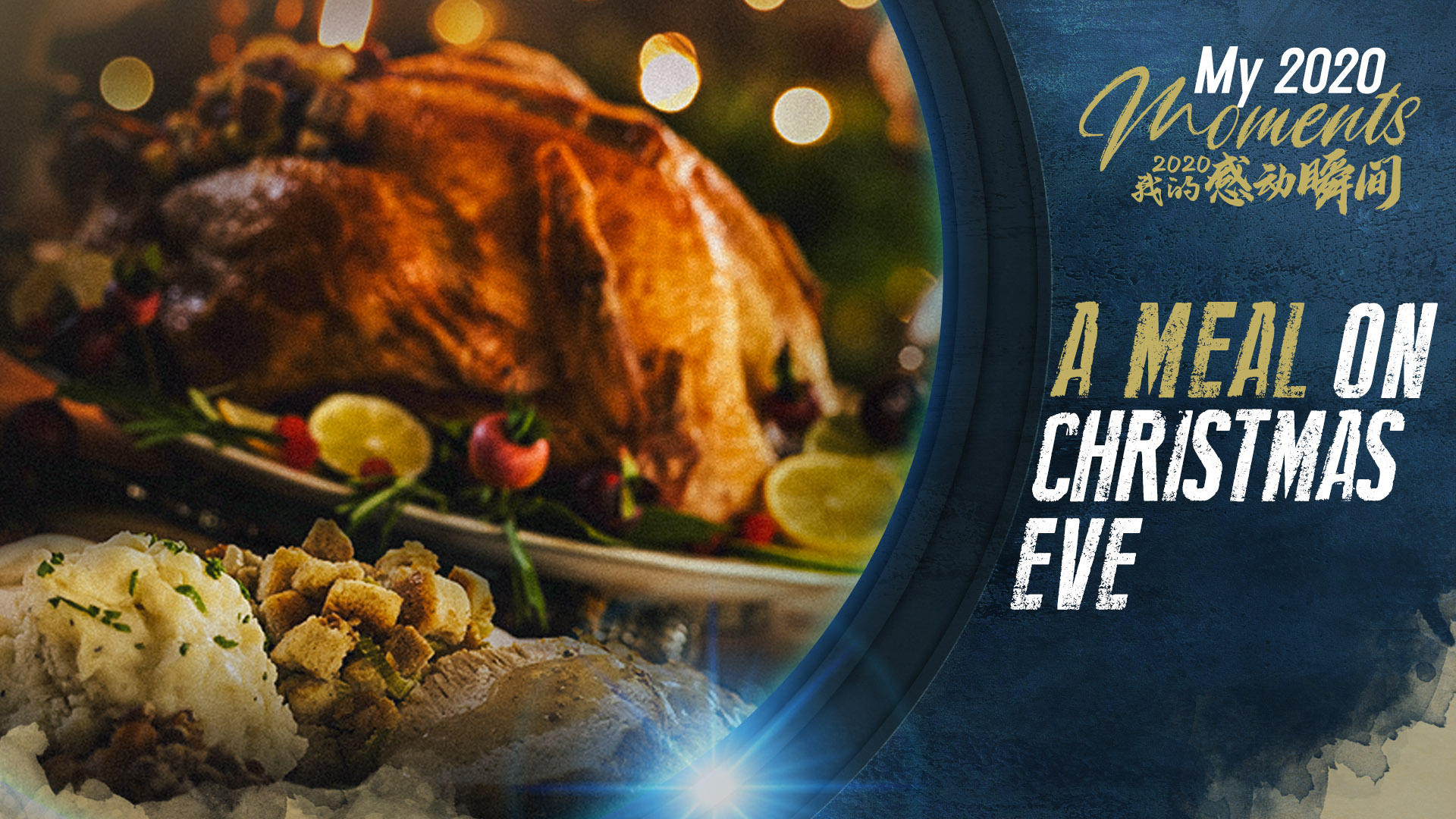 Editor's note: 2020 is over, even though it felt like it had been going on for a decade, with so many world-changing events, and there is no simple way to sum it up. But when faced with the very worst, there were ordinary people who remained positive, optimistic and energetic. There was also courage, sacrifice, heroism and hope, making up the touching moments of 2020. CGTN Global Stringer invited people from different countries to share their heartwarming stories.

Fathima Ait is a kindergarten assistant in Lyon, France. When the pandemic hit France and the first lockdown was imposed on March 15, she spontaneously decided to help homeless people who were by themselves. 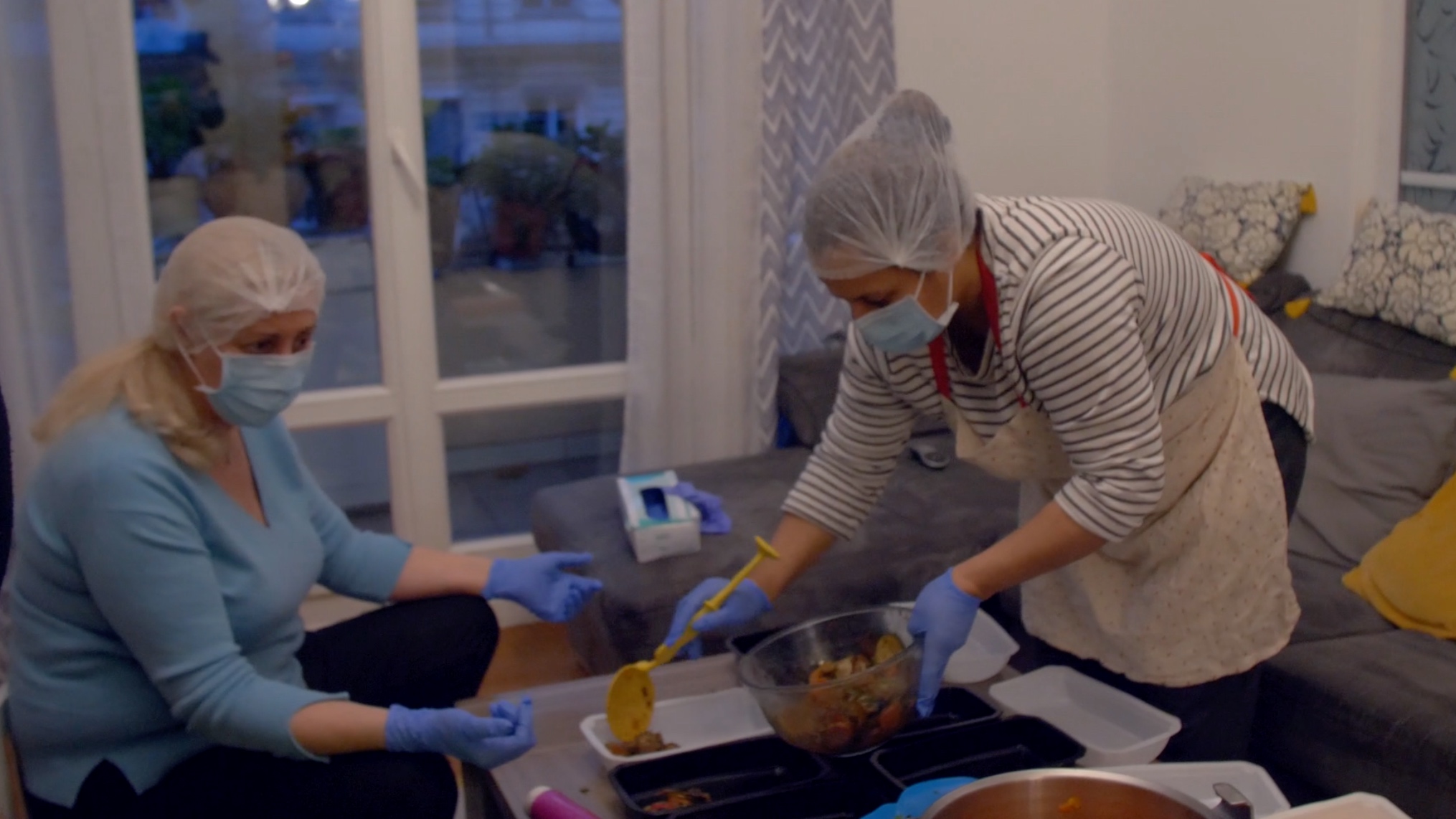 Fathima Ait and her friend is preparing food for Christmas Eve. /CGTN Photo

Fathima Ait and her friend is preparing food for Christmas Eve. /CGTN Photo

She and a small group of friends started cooking traditional Algerian meals at home and distributed them to the poor on the streets for free. This act of kindness was followed by many others during the two months of the first lockdown in France. Ait and her friends fed hundreds of homeless that otherwise would have been in serious trouble.

Her story was reported in CGTN Global Stringer's the "Global Guardians" series. And when the video went on air, it was a huge success in Lyon and Ait started receiving many calls and mail from people who wanted to help. As a result, in June 2020, she decided to intensify her efforts and created an association for the homeless, called Mamaraude. Now she has around 100 volunteers who help her accomplish her goal of feeding as many poor people as she can, twice or three times per week. She has also started to receive some external funding for her activities and is waiting to get an office where she will try to expand the scope of her activities. 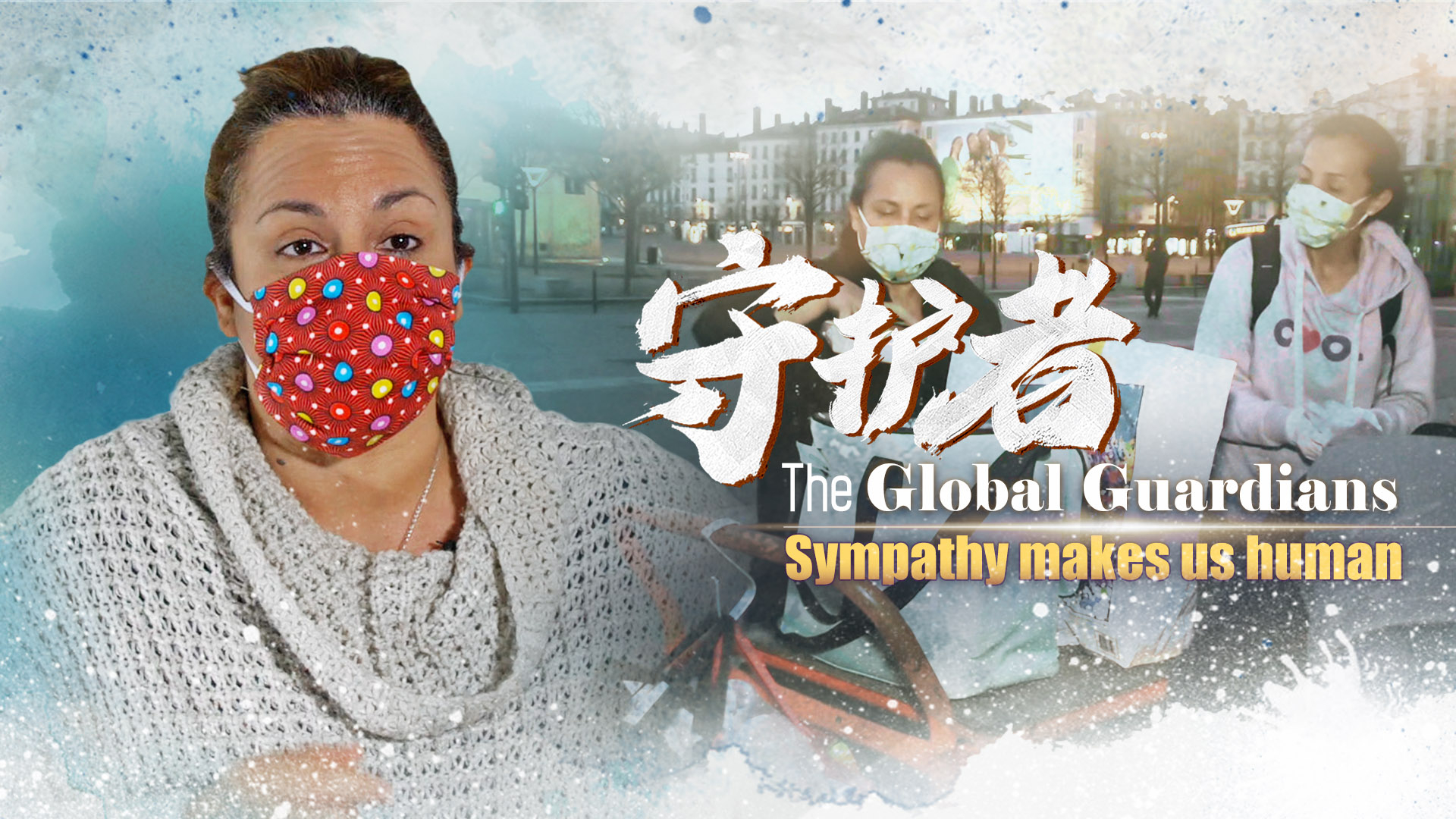 In the short term, she will try to provide assistance to the homeless so they can get a place to live and help them find regular jobs. 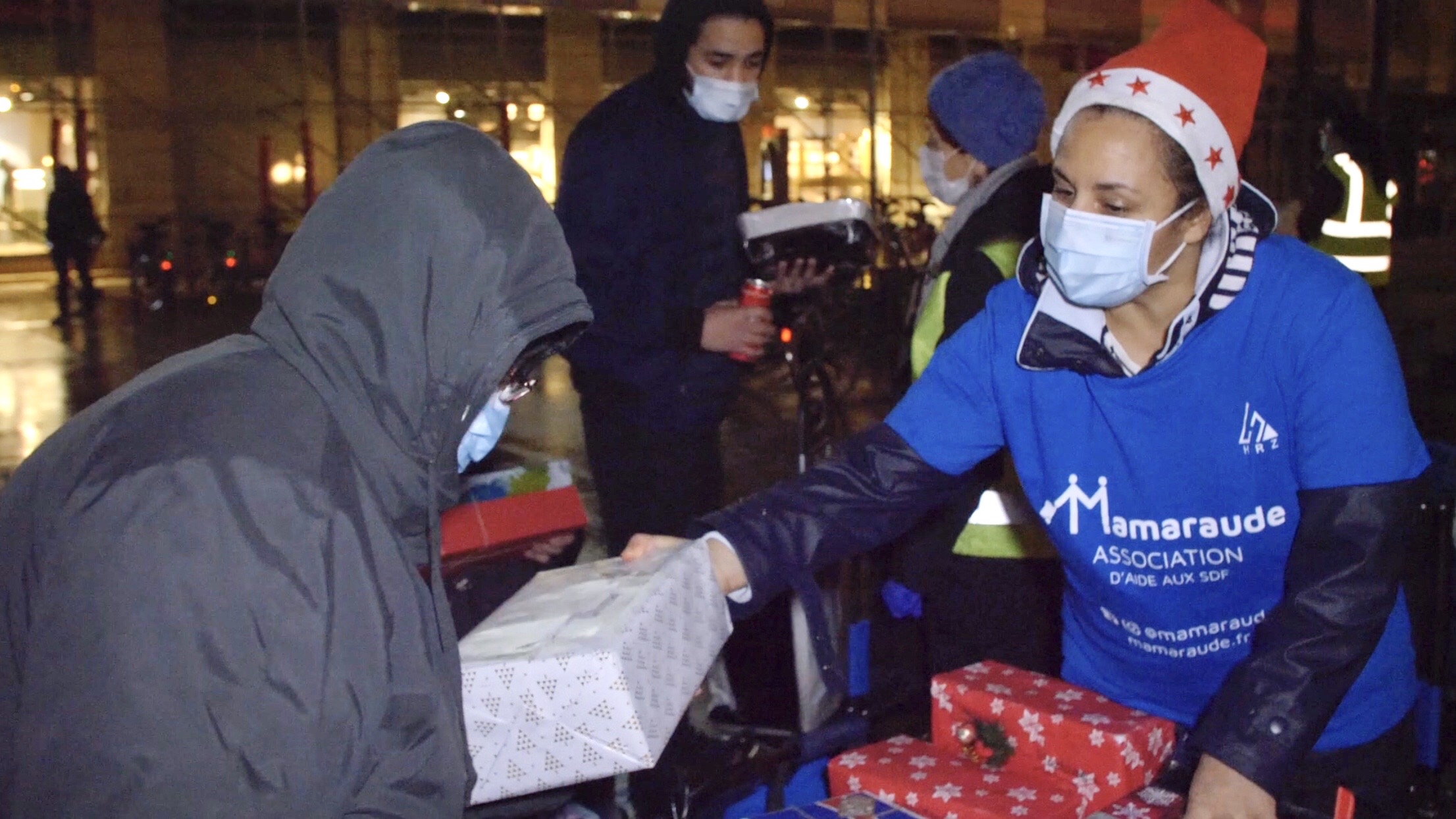 Ait is distributing gift for a homeless. /CGTN Photo

Ait is distributing gift for a homeless. /CGTN Photo

On Christmas Eve, she and her team prepared a special meal and gift for the homeless, "Just to bring them a bit of joy," she said.