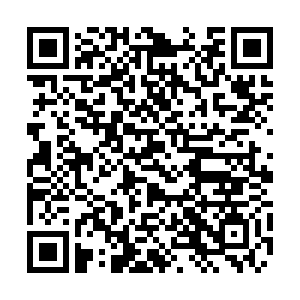 The Chinese mission to the European Union (EU) Thursday stressed that Hong Kong police's recent arrests of activists suspected of subversion are China's internal affairs, which the EU side has no right to interfere in.

EU High Representative for Foreign Affairs and Security Policy Thursday issued a declaration, stating that more than 50 people were arrested by Hong Kong police on charges related to the holding of "pro-democracy primary elections" in July 2020. The EU urged authorities to respect Hong Kong's rule of law and democratic principles and called for the immediate release of those arrested.

A spokesperson of the Chinese mission to the EU responded that Hong Kong police's recent arrests were legal actions based on the Basic Law of the Hong Kong Special Administrative Region (HKSAR) and the law on safeguarding national security in Hong Kong.

EAC: There is no so-called 'primaries' mechanism under the law of HK

"The EU side deliberately used words like 'democracy,' 'rule of law' and 'primary elections' to mislead the public," the spokesperson pointed out, adding that under Hong Kong's electoral system, there is no such thing as "primary election."

"The so-called primary elections plotted and executed by the persons concerned in July 2020 were illegal, seriously disrupting and undermining the Hong Kong electoral system and its fairness and justice," the spokesperson added.

According to the spokesperson, the real purpose for these persons was to seize control of the Hong Kong Legislative Council (LegCo) and paralyze the SAR government.

"Such moves posed brazen challenges to the Hong Kong Basic Law and the Hong Kong National Security Law. In any country, those who violate the law must be held accountable," the spokesperson said.

The spokesperson noted that election is an important manifestation of citizens' exercise of political and democratic rights, and must be conducted in accordance with law and due procedures.

As the EU side stated in the declaration that the "One Country, Two Systems" principle and Hong Kong's high degree of autonomy must be respected, the spokesperson said the EU had better start by respecting China's judicial sovereignty, and stop interfering in Hong Kong affairs, or in the lawful exercise of duties by the Hong Kong police.