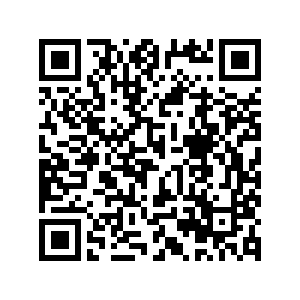 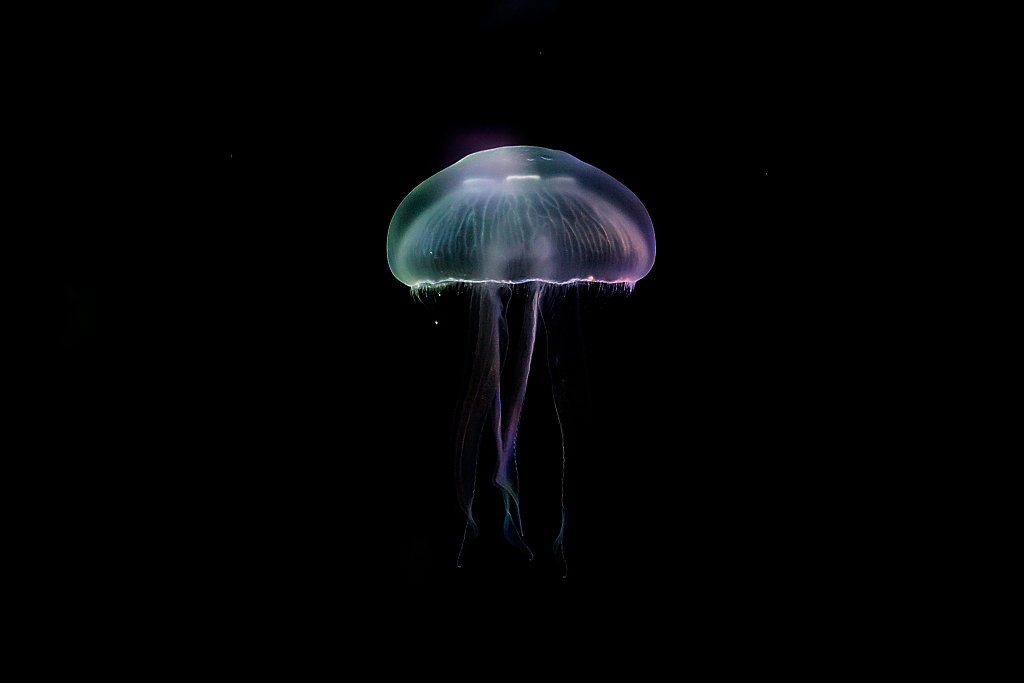 Jellyfish don't have hearts or brains, organs that many species can't exist without. Neither do they have blood or bones, but they do have their own unique way of living that can cause misery to swimmers and seafarers.

Jellyfish aren't actually fish. They are gelatinous invertebrates that have inhabited the ocean for at least 500 million years, longer than dinosaurs. 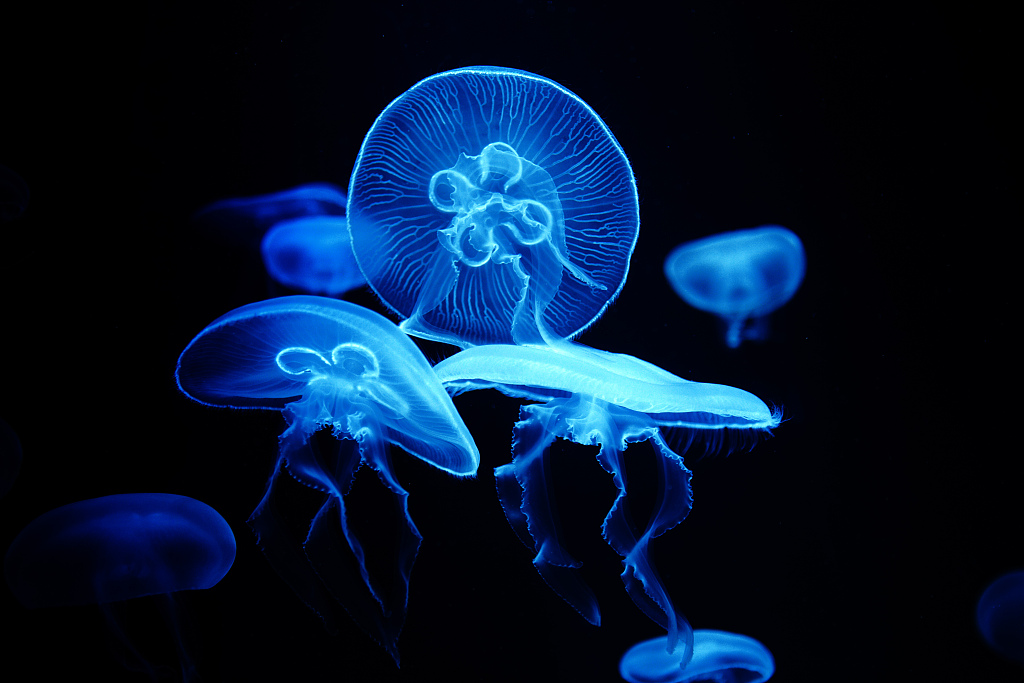 They do have basic sensory organs in their bells and tentacles and a multifunctional mouth, though they are made up of about 95 percent water. The mouth on the underside of the bell is the only opening on its body through which the food enters and waste also comes out.

They can contract and relax their bells by filling up and pumping out the water through their mouths to propel themselves. They are known for their poisonous tentacles, which means their proliferation can be a problem. When jellyfish are hunting or when they are threatened, the stinging cells on their tentacles can shoot venom, but not all jellyfish have stingers. 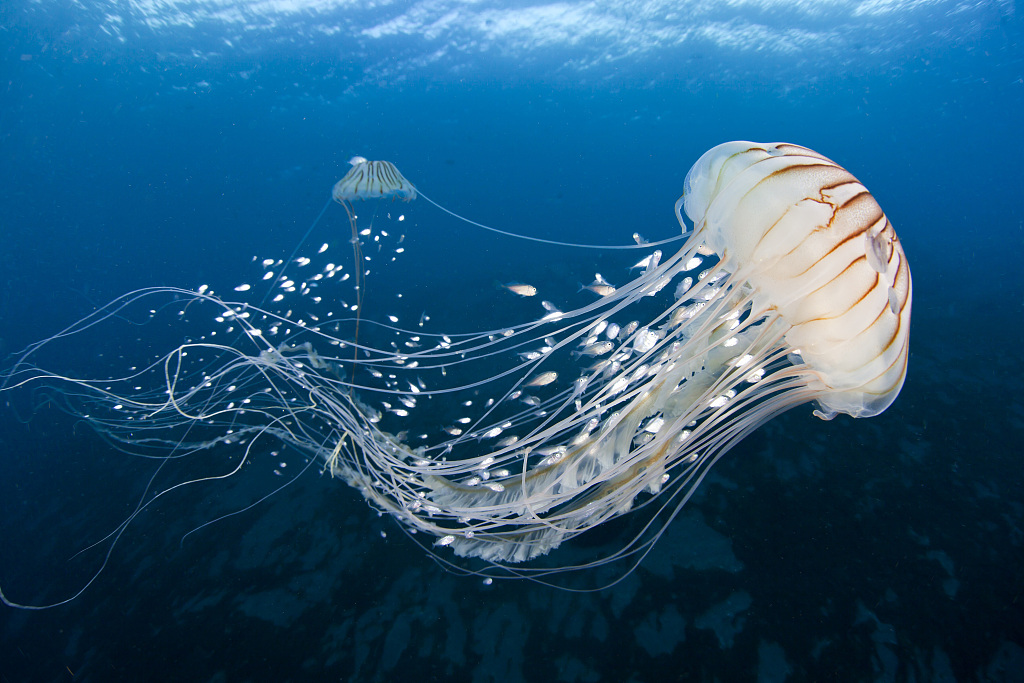 Jellyfish are important components of the marine food chain. They feed on zooplankton and fish larvae and are food for a variety of marine animals such as penguins, turtles and tuna.

Jellyfish can be found all over the world – in deep oceans and shallow coastal areas. They are widely distributed in subtropical, temperate, and boreal coastal waters.

A substantial increase in jellyfish population within a short period is called a "jellyfish bloom." Jellyfish blooms which appear to be common in the harbors, lagoons, fjord, and bays, are generally caused by global warming, changes in the ecosystem and coastal eutrophication. 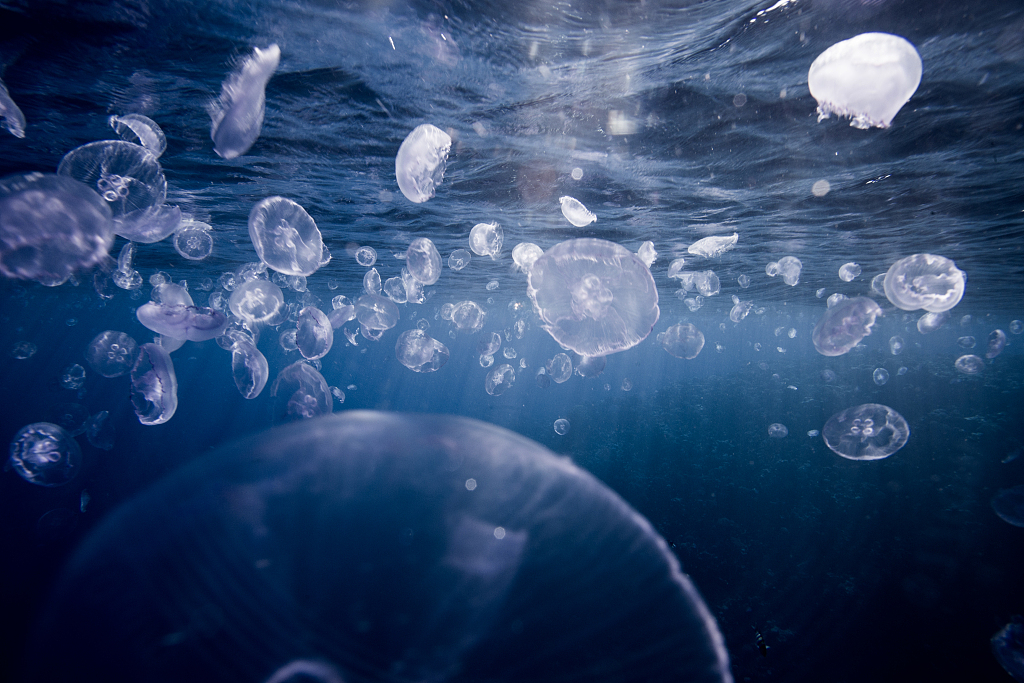 Zhijun Dong, a professor from Chinese Academy of Sciences, Yantai, China, wrote in "World Seas: An Environmental Evaluation" that coastal eutrophication is considered to be one of the important factors contributing to moon jellyfish (Aurelia aurita) blooms. The increased nutrients in coastal waters can significantly increase phytoplankton biomass, which could support the food sources of the jellyfish.

Water eutrophication results from excess fertilizer from agriculture, dumping of sewage, and effects of logging. The deposition of reactive nitrogen as a result of fossil fuel burning is also a significant contributing factor. 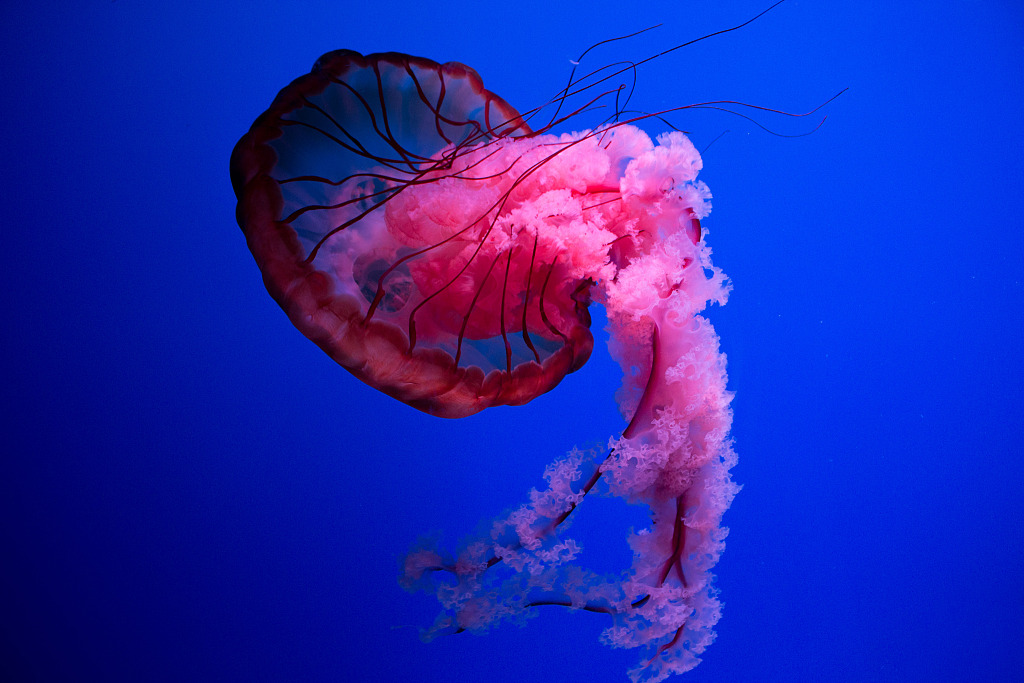 Human activity has an effect on jellyfish, and vice versa.

Blooms of jellyfish may clog cooling water intakes of coastal power plants, cause mortality of aquaculture species by stinging their skin and gills, and deoxygenate surrounding waters, and interfere with fisheries and tourism.

The floating crystal-clear jellyfish make the blue world more wonderful. However, if they exceed natural limits, they may become a burden of beauty. 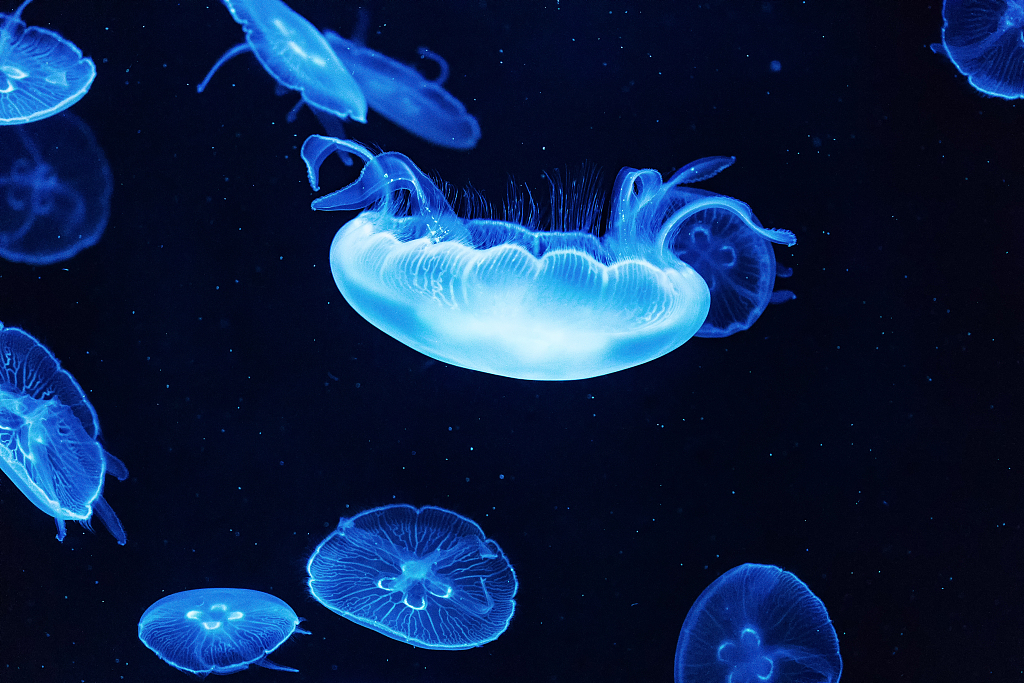 About 'The blue world' series:

The ocean covers more than 70 percent of the earth. In this blue world, there are all kinds of marine life with surprising 'powers' we don't know about. In this series, CGTN will guide you through the journey of exploring the amazing animals in the ocean.