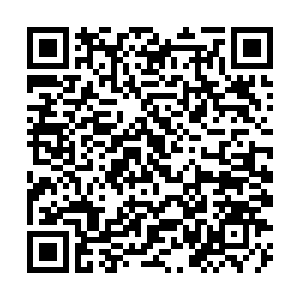 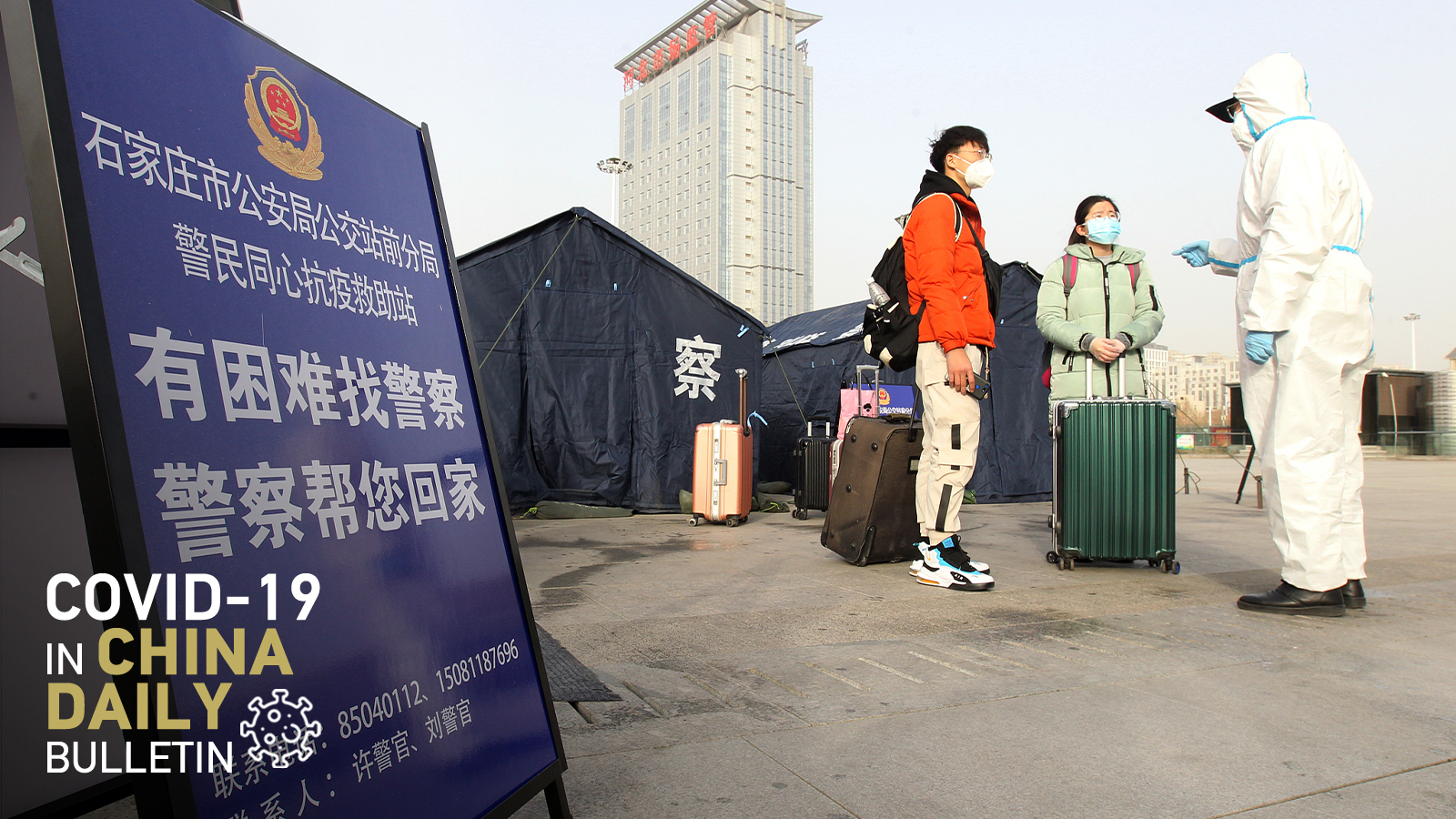 The National Health Commission said on Wednesday that a total of 115 new confirmed cases were reported in the Chinese mainland compared with 55 a day earlier. This was the highest daily increase since July 30.

The commission said 107 of the new cases were local infections and eight are from overseas. The domestic cases were reported in northern and northeastern China: 90 in Hebei Province, 16 in Heilongjiang Province and one in Shanxi Province.

The number of new asymptomatic cases, which China does not classify as confirmed cases, fell to 38 from 81 cases a day earlier, while 556 asymptomatic patients remain under medical observation. No deaths related to COVID-19 were registered on Tuesday, and 28 patients were discharged from hospitals.

The total number of the confirmed COVID-19 cases on the Chinese mainland has reached 87,706, and the death toll stands at 4,634. 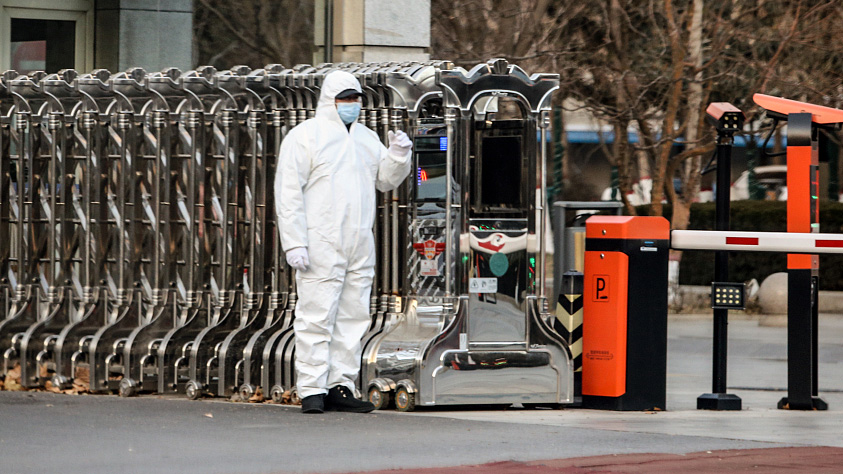 Some of the confirmed cases had been to Beijing, Wuhan and Jinzhong, a city in north China's Shanxi Province, according to the tracker published by Hebei authorities.

Shijiazhuang will begin a second round of nucleic acid testing Wednesday, which is scheduled to finish in two days.

Over 70 percent of confirmed cases distributed are in rural areas, which have the tradition of holding weddings ahead of the Lunar New Year. A female who was confirmed with COVID-19 had attended three weddings in four days.

Experts say compared with the situation in Wuhan last year, the outbreak in Hebei is much less severe, and current testing measures, preventive strategies and treatment methods are far advanced than that of last year, so the epidemic in Hebei is expected to be under control before the Spring Festival, which falls on February 12 this year.

Here are more details about COVID-19 in Hebei

The province reported 16 confirmed cases and 12 asymptomatic cases as of 12 p.m. Tuesday. The secretary of the Heilongjiang Provincial Party Committee, who was in Beijing for a seminar returned to Heilongjiang overnight and declared the state of emergency.

The authorities required all departments to strengthen preventive measures and curb the coronavirus from spreading to other provinces. Residents are suggested to not leave the province during the Spring Festival and government workers should take the lead.

Harbin, the capital of Heilongjiang announced that people from high-risk and middle-risk regions will all go through a 14-day mandatory quarantine, in addition to seven days of self-isolation and three nucleic acid tests, which will be conducted on the first, 14th and 21st day respectively. 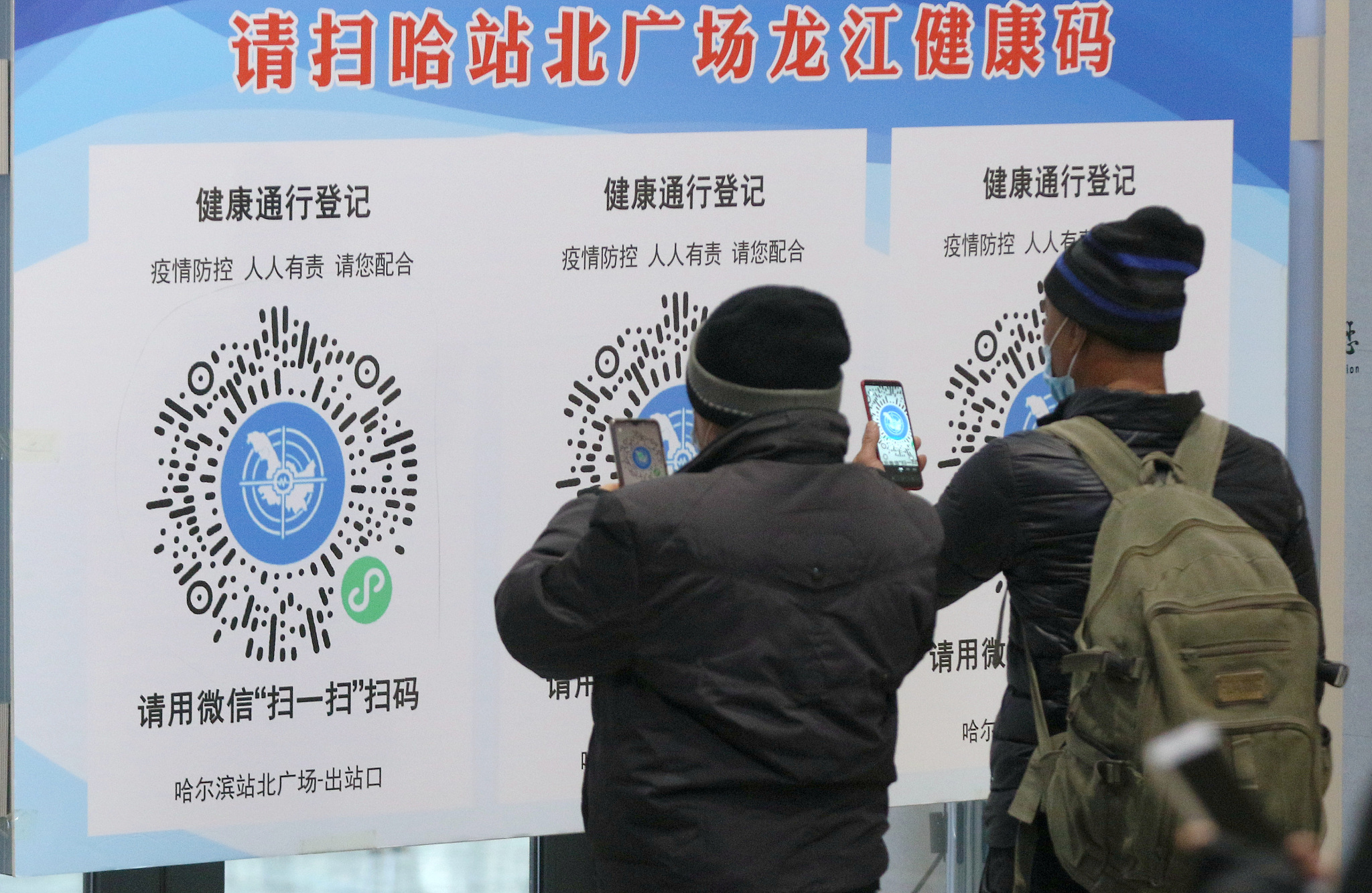 As the province shares a long border with Hebei, it announced it had entered "wartime status" on Tuesday afternoon and would to strictly conduct checks for people coming from Hebei and other provinces. Additionally, large gatherings like weddings, funerals, sports events, and concerts in the province are suspended to prevent the spread of coronavirus during the coming Lunar New Year.

Beijing reported no new confirmed cases on Tuesday, but city authorities have further stepped up screening and prevention measures to prevent another cluster from developing there.

On Tuesday, Beijing authorities announced that the procuratorate had begun an investigation into a person who was confirmed with COIVD-19, but did not identify all of their close contacts, and may have led to a five-year-old becoming infected with the coronavirus.

A Beijing education spokesperson announced that all schools except colleges should end the semester by the end of January and take their winter break.

Moreover, the city has tightened rules for taxi and ride-hailing services after a new asymptomatic COVID-19 case was reported Saturday involving a driver on a ride-hailing platform. The driver lives in Shunyi District, which saw a recent resurgence of COVID-19 cases. He had recently contacted 144 passengers, all of whom have been notified by authorities. Following the case, Beijing requires passengers using taxis and ride-hailing platforms to register their health status through a phone app.