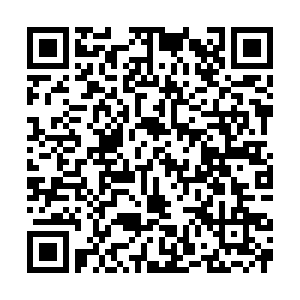 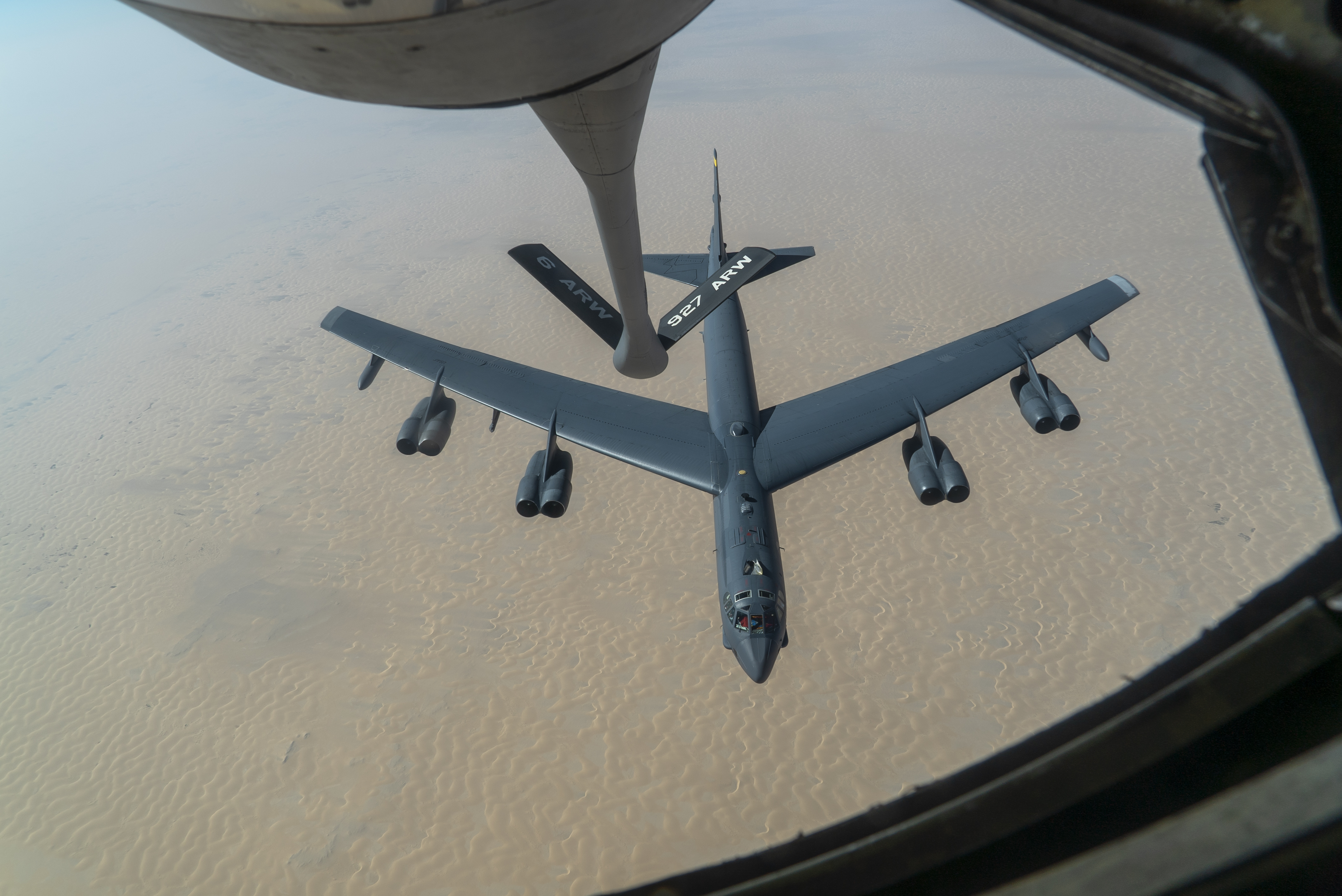 U.S. Secretary of State Mike Pompeo plans to use newly declassified U.S. intelligence on Tuesday to publicly accuse Iran of ties to al-Qaeda, according to Reuters' source. This is Washington's latest pressure on Tehran after the American B-52 bombers flew over the Persian Gulf twice in a month; an American nuclear-powered guided-missile submarine paraded through the strategically vital Strait of Hormuz.

As part of his last-minute offensive against Tehran before handing over to the incoming Biden administration, Pompeo is expected to offer details on allegations that Iran has given safe haven to al-Qaeda leaders and support for the group despite some skepticism within the intelligence community and Congress.

This comes after a four-year of countless sanctions imposed by President Donald Trump's administration on Iran, which has put the Iranian economy under tremendous pressure.

Sanctions have caused a high inflation rate, soaring prices, and a shortage of humanitarian supplies such as food and medicine.

Difficulties in banking transactions for the import of vital drugs put Iranian patients in a dangerous situation. In some certain periods, the sanctions caused severe shortages of insulin for diabetics and crucial drugs for cancer patients. 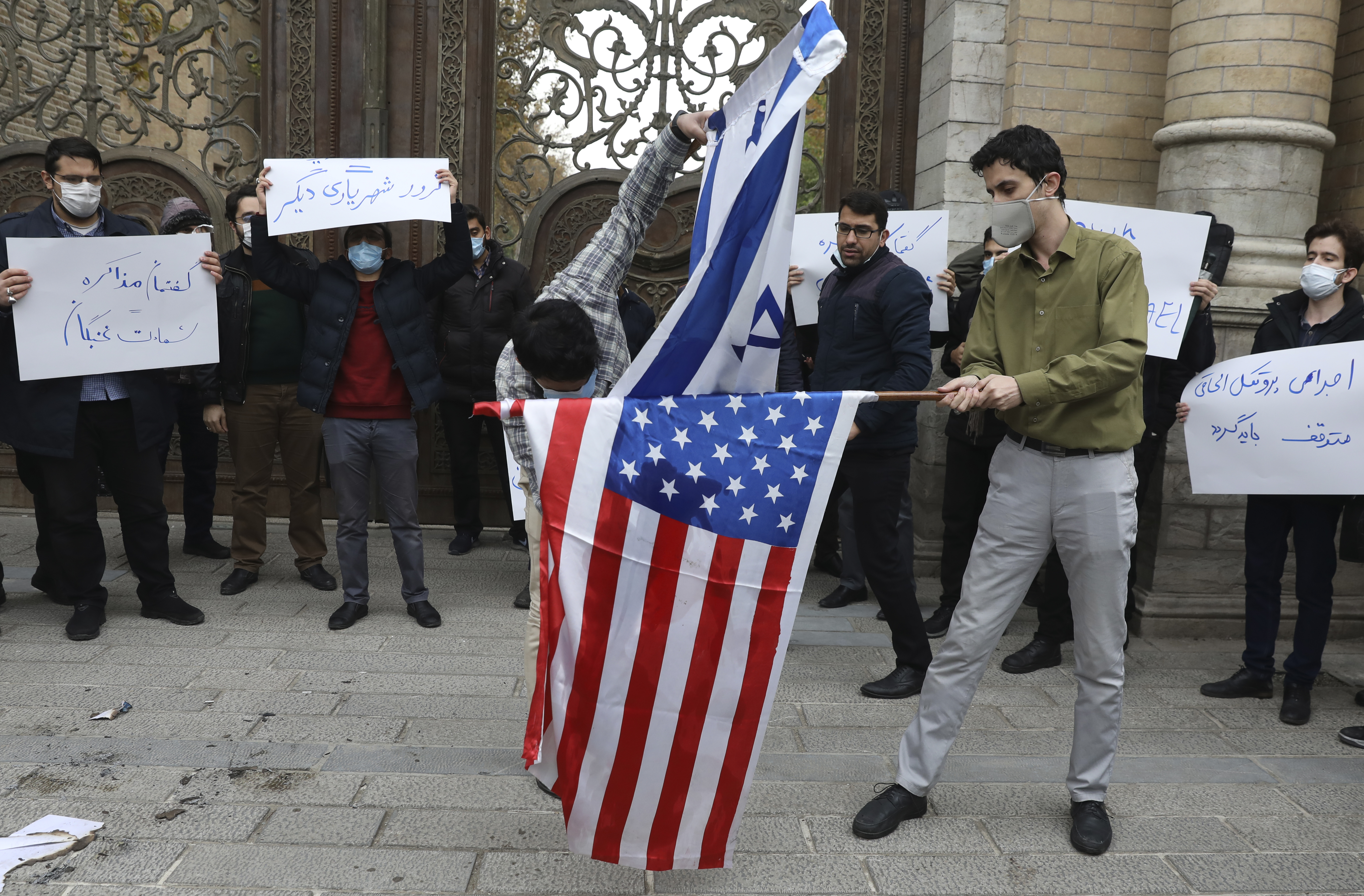 Two protesters burn the representation of the U.S. and Israeli flags in protest against the international pressure on Iran's nuclear activities in front of the Iranian Foreign Ministry in Tehran, Iran, November 28, 2020. /AP

Two protesters burn the representation of the U.S. and Israeli flags in protest against the international pressure on Iran's nuclear activities in front of the Iranian Foreign Ministry in Tehran, Iran, November 28, 2020. /AP

The withdrawal of the U.S. from the Iran nuclear deal, assassinations of prominent figures in Iran, and countless sanctions have prompted an anti-American sensation among Iranian people, and in a way, have led to the victory of conservative forces in the Iranian 2020 parliamentary election. The election outcome is considered as a sign of a weakened Rouhani government .

The assassination of Iranian Major General Qassem Soleimani at the beginning of 2020 and the assassination of senior nuclear scientist Fakhrizade in the last days of 2020 have also dramatically increased anti-American sentiment among Iranian people.

Last week, many Iranian people traveled to the southeastern city of Kerman, the birth and burial place of Soleimani, to mark the first anniversary of his assassination, regardless of the gathering ban from the government under coronavirus.

The ceremony took place around his grave, with tombstones covered with flowers and people crying in grief. In Tehran, people put his pictures on their cars parading on the streets in groups, forming hundreds of meters of car queue, shouting anti-American slogans.

Memorial posters of Soleimani and Fakhrizade are widely seen in the city. Many Iranians told CMG that they believe they should resist and not surrender to the U.S.'s threats and oppression. 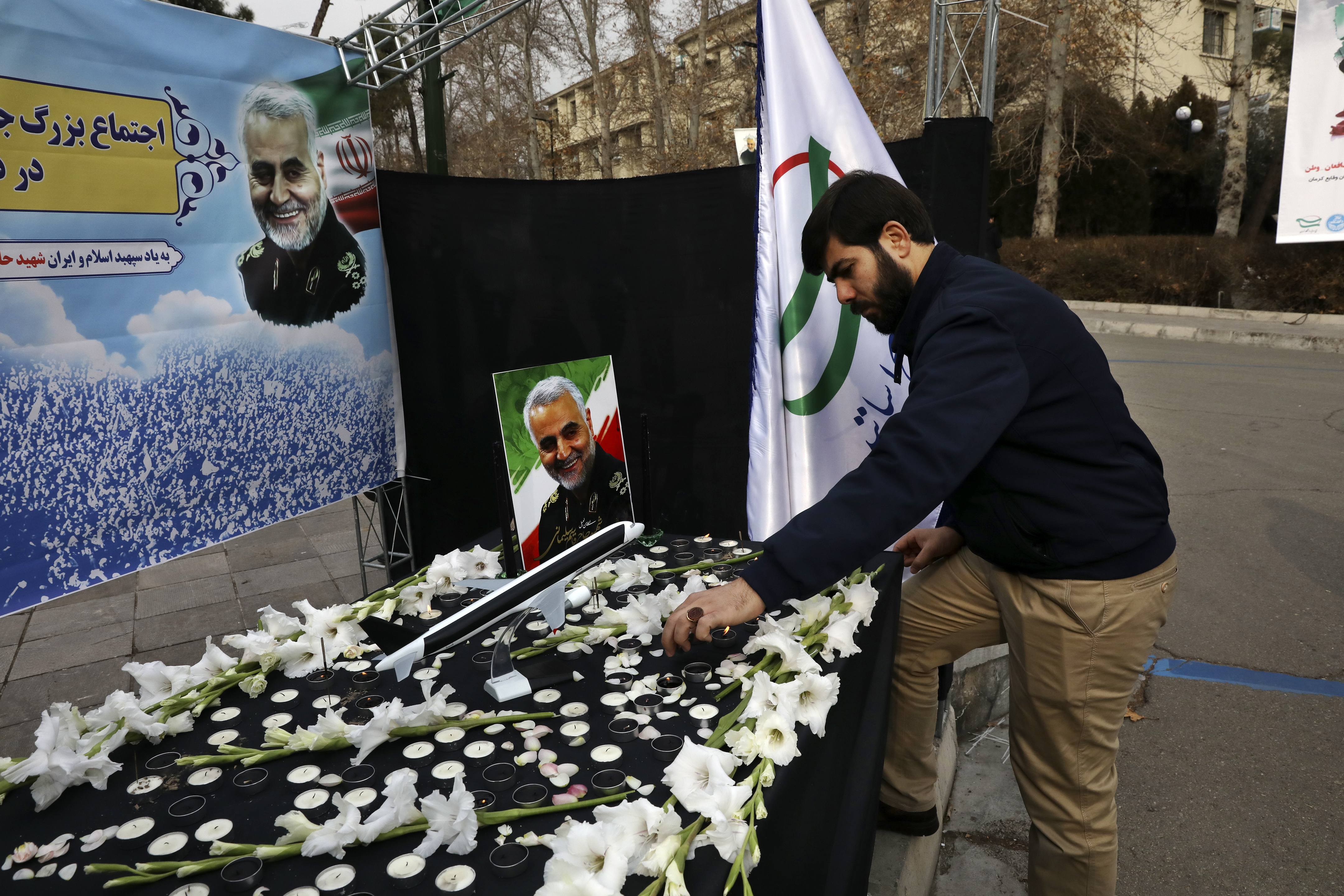 A man lights a candle at a gathering to commemorate the late Iranian General Qassem Soleimani, shown in posters, at the Tehran University campus in Tehran, Iran, January 14, 2020. /AP

A man lights a candle at a gathering to commemorate the late Iranian General Qassem Soleimani, shown in posters, at the Tehran University campus in Tehran, Iran, January 14, 2020. /AP

In general, Iranian conservatives share fundamental disagreements with the moderates and reformists in terms of the Joint Comprehensive Plan of Action (JCPOA) and, more broadly, the U.S.-Iran relations. In the wake of the conflicts and sanctions, the conservatives have accelerated upward confrontation with the United States.

The conservatives blame that the Rouhani government could have made a better deal with the U.S. not to allow Washington to breach it so easily. They also blame the government for taking a passive stance toward U.S. hostilities with the hope that the incoming U.S. administration will return to the deal.

At the same time, some analysts suggested that gaining power by conservative forces could lead to the radicalization of Iran's foreign policy, especially toward the United States, and could significantly affect Iran's upcoming presidential election in June.

After the assassination of Fakhrizadeh, the conservative-dominant parliament passed a law dubbed the strategic action to lift sanctions in just five days and obliged the government to immediately produce 20 percent enriched uranium in the Fordow nuclear facility.

Foad Izadi, the professor of international relations at Tehran University, told CMG that Iran's move is aimed at countering the U.S.'s sanctions and its recent military provocations.

He also pointed out that in the past few years, regardless of its compliance to the JCPOA, Tehran has been subjected to hegemonic oppression and severe sanctions by the United States. Because the United States and European countries have not fulfilled their obligations according to the nuclear agreement, and Iran hasn't received as many benefits from the deal as it anticipated.

Izadi added that the only way to save the nuclear agreement is full compliance of all parties.

Jake Sullivan, the national security adviser, nominated by Biden, saying that only by bringing the "Iranian Missile Program" to the negotiating table, Biden may return to the Iran nuclear agreement.

But "Iran condemns any Interference in Iran's defense affairs, and Iran nuclear agreement will not be renegotiated," said Izadi.

Iranian political analyst Hussein Moghadam also believes that the United States and Iran cannot bridge their differences, and he does not rule out the possibility that Iran may continue to expand its nuclear program in the future. 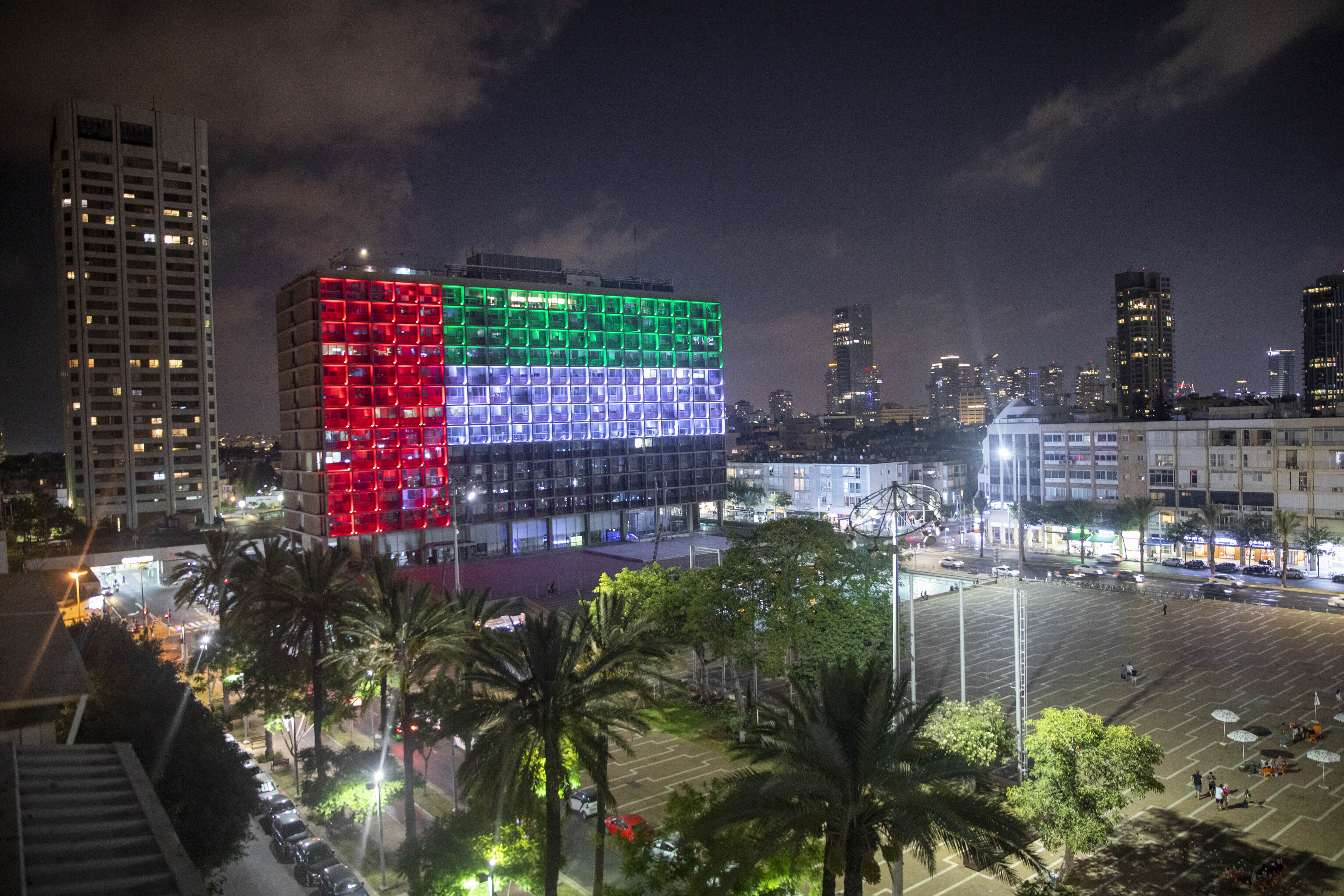 The Tel Aviv City Hall is lit up with the flag of the United Arab Emirates as the UAE and Israel announced they would be establishing full diplomatic ties in Tel Aviv, Israel, August 16, 2020. /AP

The Tel Aviv City Hall is lit up with the flag of the United Arab Emirates as the UAE and Israel announced they would be establishing full diplomatic ties in Tel Aviv, Israel, August 16, 2020. /AP

The regional situation is undergoing dramatic changes, and the situation around Iran in the region has become more complicated. With the mediation of the Trump administration, Iran's number one enemy in the region, Israel, has achieved multiple diplomatic breakthroughs.

First, the normalization of relations with the UAE, Bahrain, and other Arab countries and then a ceasefire agreement with the Palestinian Hamas organization. In addition, Saudi Arabia and other Gulf countries announced the full restoration of diplomatic relations with Qatar, and flights between the two sides have now resumed.

"These geopolitical changes show that 'anti-Iran coalition' that Trump has been trying to build is taking shape. While facing greater pressure, Iran will continue and increase support to its regional allies such as Iraq, Syria, Hezbollah in Lebanon, and the Houthis in Yemen. The Iranian government and military have also stated on many occasions recently that Iran aims to expel U.S. troops from the Middle East to achieve regional peace and stability," Hossein Moghadam added.

The commander-in-chief of the Islamic Revolutionary Guard Corps (IRGC), Hossein Salami, stated that Iran does not seek war with any neighboring countries and hopes that countries in the region can work together for the development of the region.

"It is foreseeable that as the external situation changes, Iran will face a lot of pressure, but Iran, which has a strong national defense force, has repeatedly demonstrated its ability to counter external provocations and threats. When national security is violated, Iran will respond strongly to the enemy," Tehran University professor, Izadi, added.

Many Iranians are saying that in 2021 the U.S.-Iran tension may continue, but no one can accurately predict whether tension will turn into conflict. It is certain that U.S.-Iran relations are still full of mistrust and uncertainty, and Iran's future policy toward the United States may also move towards a deeper confrontation due to the intensified differences between the two sides.