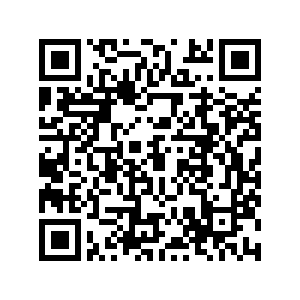 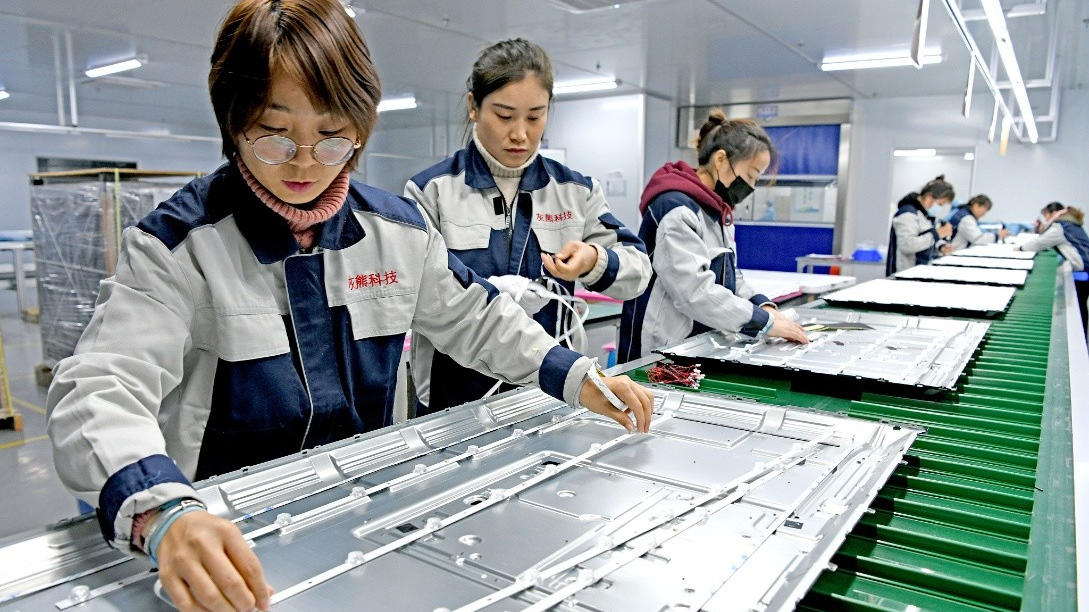 Exports came in at $2.59 trillion last year with a 3.6-percent growth year on year, while imports were down 1.1 percent, standing at $2.06 trillion. The continuous export expansion pushed China's trade surplus to $535 billion, a 27-percent increase from a year earlier and its highest since 2015, the data shows.

"It's not going to be sustainable that way," said John Gong, a research fellow at Charhar Institute and professor at the University of International Business and Economics.

Gong said the rising trade surplus was not only driven by trade but also the RMB's appreciation.

"As time goes by, market dynamics will adjust to make the trade more balanced," he said.

The world's top trader has moved to the right side of the V-shape recovery, achieving positive year-on-year growth for seven consecutive months after a sharp drop when the pandemic first hit the country in early 2020.

In December alone, exports grew 18.1 percent from a year earlier, a bit slower than that of November, and imports rose by 6.5 percent, beating economists' forecasts. 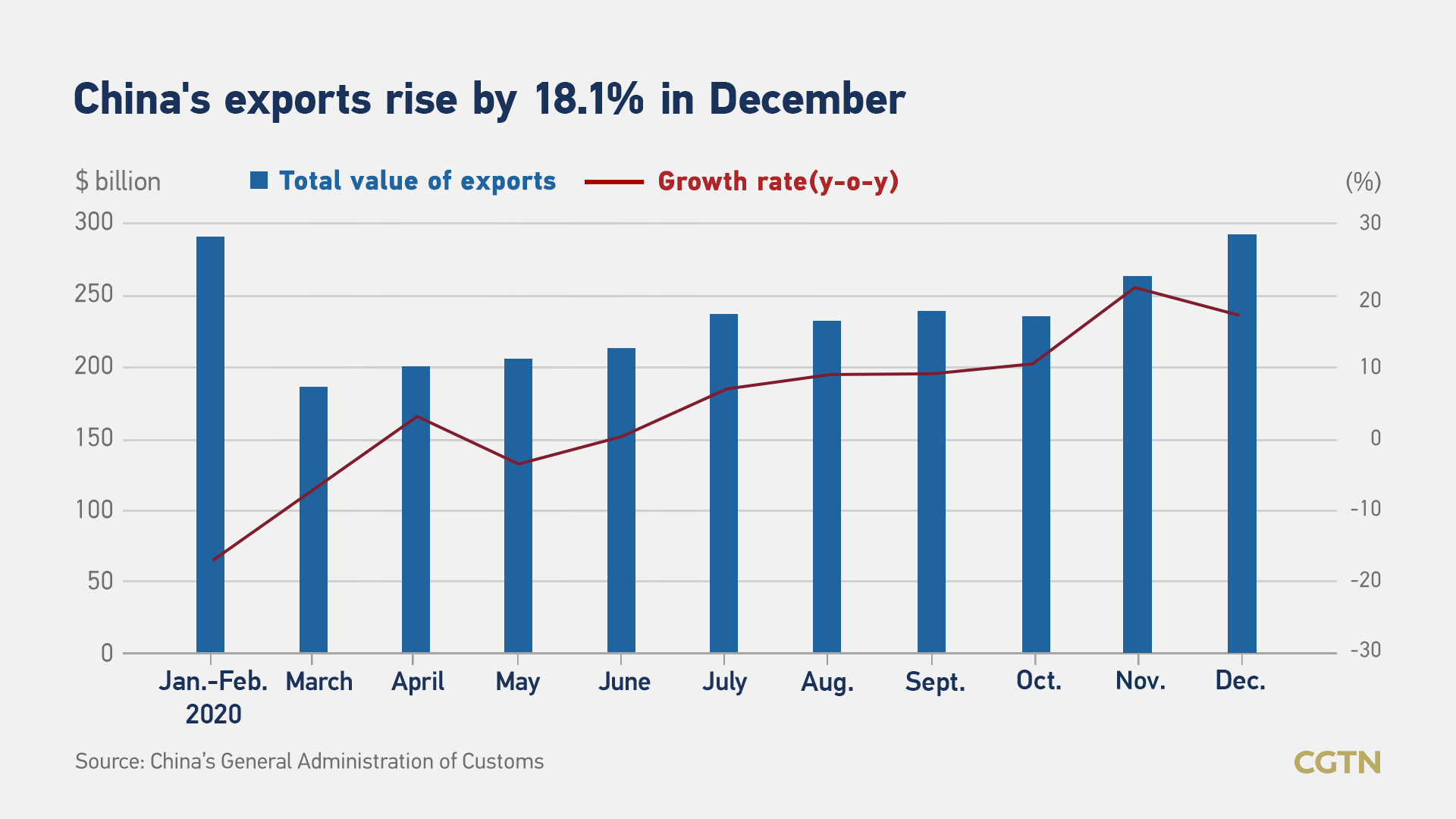 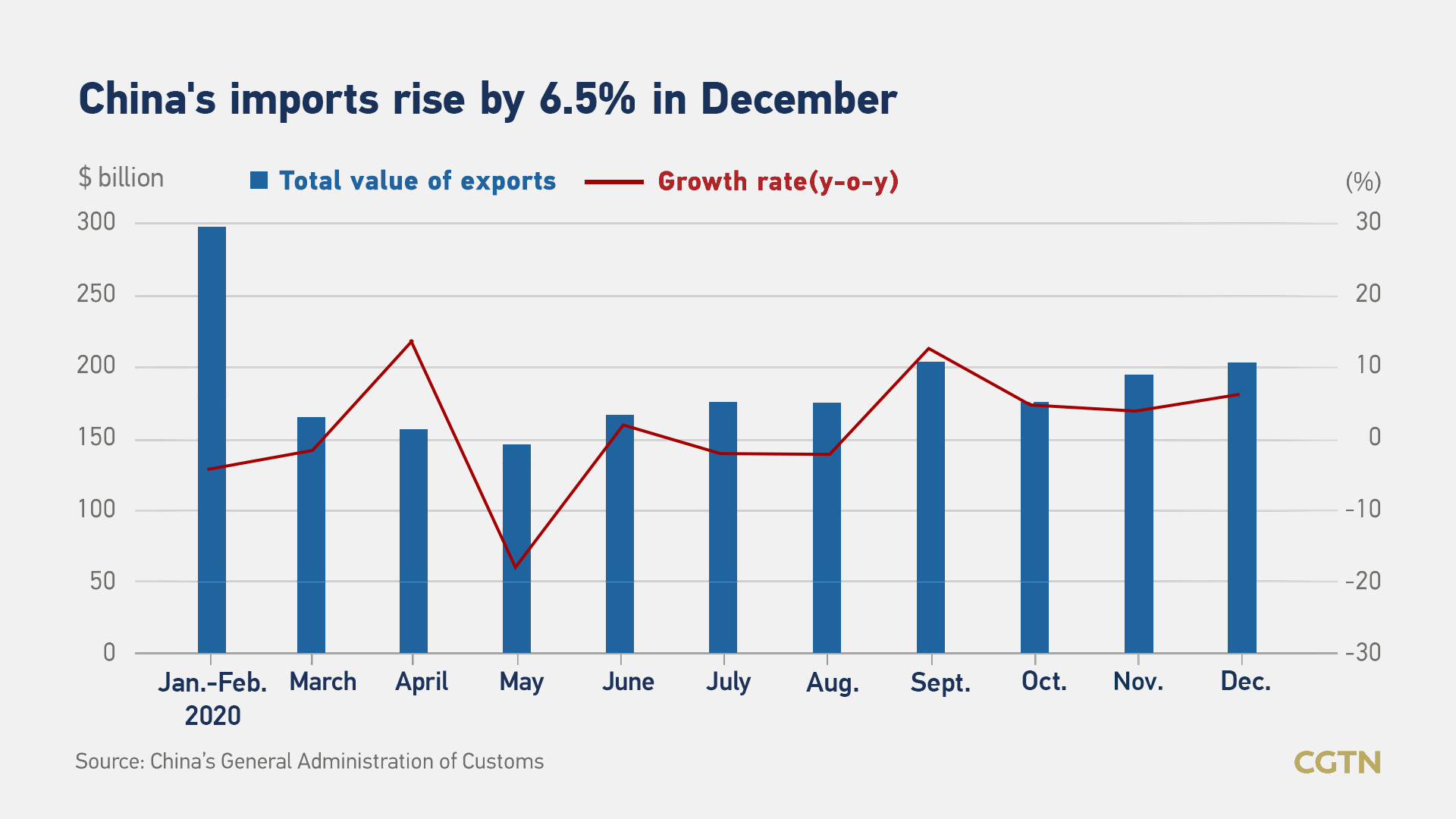 Thanks to China's faster coronavirus containment compared to many other places in the world, the country's manufacturing sector has seen strong expansion since March 2020, followed by a growing global and domestic demand.

"We expect year-on-year export growth to remain elevated in H1 2021 due to the second wave of COVID-19 globally," said Lu Ting, chief China economist at financial services group Nomura, in a statement viewed by CGTN.

Meanwhile, Wang Dan, chief economist at Hang Seng Bank (China), said China's exports in the first half of 2021 would be "dominated by medical devices when many countries struggle with the resurgence of COVID-19, while in the second half (they will) mainly come from household and production demand."

According to Li Kuiwen, spokesperson and director of the GAC's Department of Statistics and Analysis, China is currently the world's largest supplier of anti-pandemic materials.

Li told media at Thursday's press conference that the country "has done its best to provide and export anti-epidemic materials to more than 200 countries and regions around the world."

The Wall Street Journal on Wednesday said that China "has expanded its role in global trade and shored up its position as the world's factory floor, despite years of U.S. efforts to persuade companies to invest elsewhere," noting that it is China's growing consumer market that makes it a "bigger driver of global companies' earnings."

The second-largest economy, according to the Wall Street Journal, has also "solidified its standing as a force in global financial markets, with a record share of initial public offerings and secondary listings in 2020, large capital inflows into stocks and bonds, and indexes that far outperformed even the U.S.'s strong showing."

The National Bureau of Statistics is set to release its yearly GDP data on January 18.