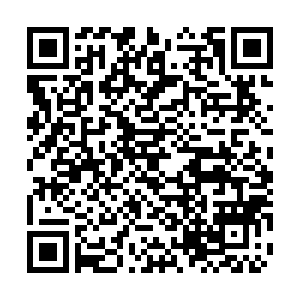 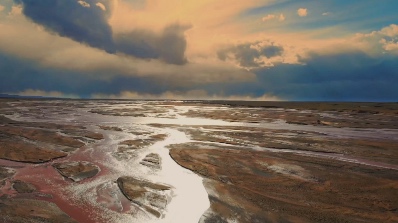 Editor's note: As "green development" is an important aspect of China's 14th Five-Year Plan development blueprint, the country has stepped up its environmental protection efforts. The Sanjiangyuan area in northwest China's Qinghai Province holds a unique role as a "water tower" with rich biodiversity. As the area has been turned into a national park, which shows China's determination in this regard, CGTN reporter Yang Jinghao travels there to record the changes seen there and the efforts behind them. This story is the first on a six-episode series.

China has redoubled its efforts in the conservation of Sanjiangyuan, an important ecological region in the Qinghai-Tibetan Plateau, with a national park to be formally established there later this year. Some 60 billion cubic meters of freshwater flow out of the region each year, nourishing more than one billion people along the way.

"Sanjiangyuan" literally means the source of three rivers. It's home to the headstreams of China's three great rivers: the Yangtze, Yellow, and Lancang.

The Yangtze is China's longest river, stretching for 6,387 kilometers, followed by the Yellow River, hailed as "the cradle of the Chinese civilization." The Lancang River is an international river, which is known as the Mekong for its downstream flowing through southeast Asia. 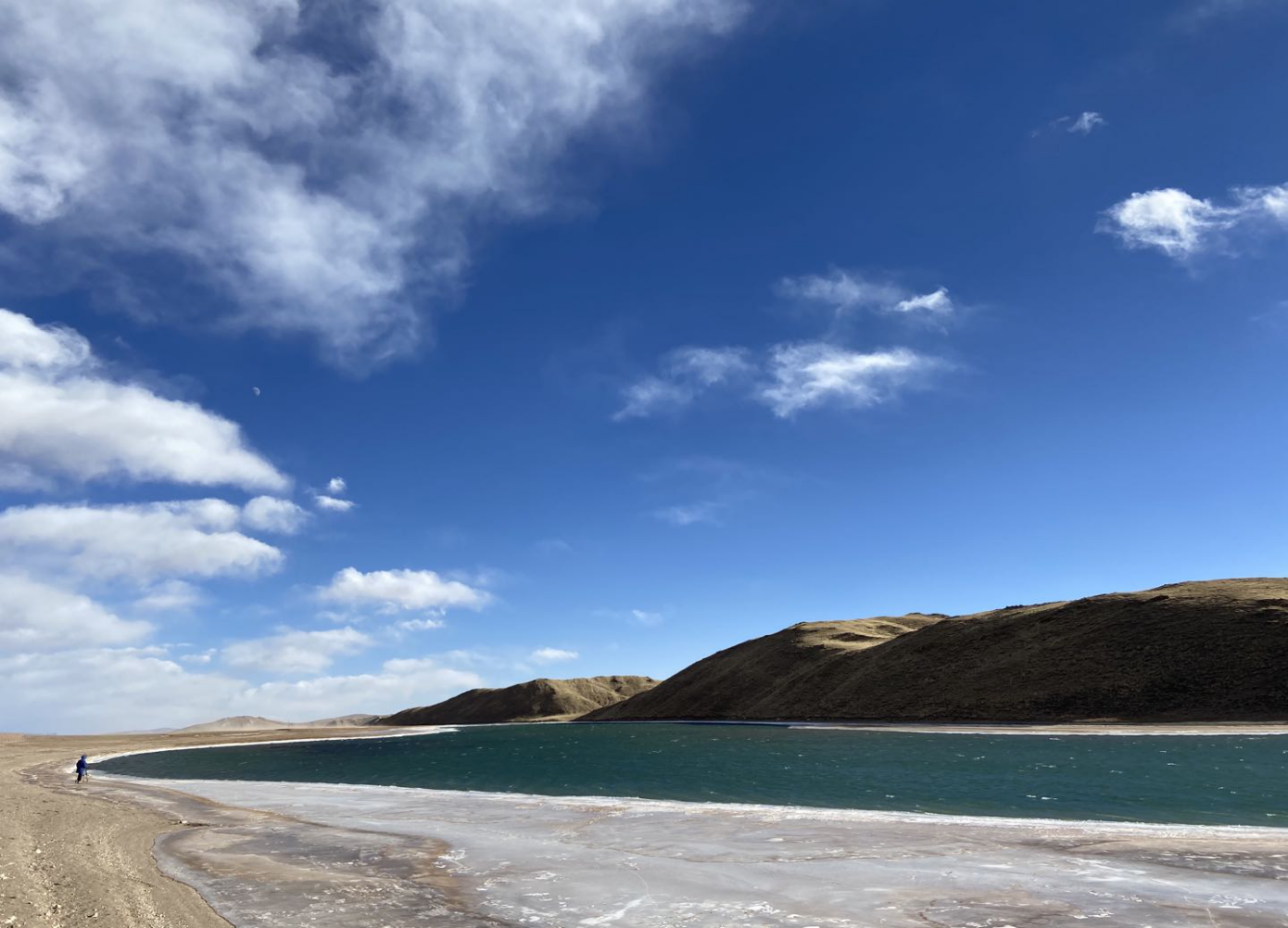 The Yellow River flows out of the Maduo County, Qinghai Province, where it's originated, in northwest China./ Yang Jinghao

The Yellow River flows out of the Maduo County, Qinghai Province, where it's originated, in northwest China./ Yang Jinghao

Known as the "water tower" of China or even Asia, Sanjiangyuan boasts rich biodiversity with numerous rare species of wild animals and plants, far-flung pastures and crystal-clear lakes.

However, this wasn't always the case, especially in the last decades of the 20th century. Climate change and excessive human activities devastated grasslands and dried the lakes, leading to plummeting wildlife numbers.

"Back then, people swarmed to my hometown for gold mining, hunting and deforesting," said Wen Xiao, a forest ranger from the Qumarleb County in Qinghai Province. 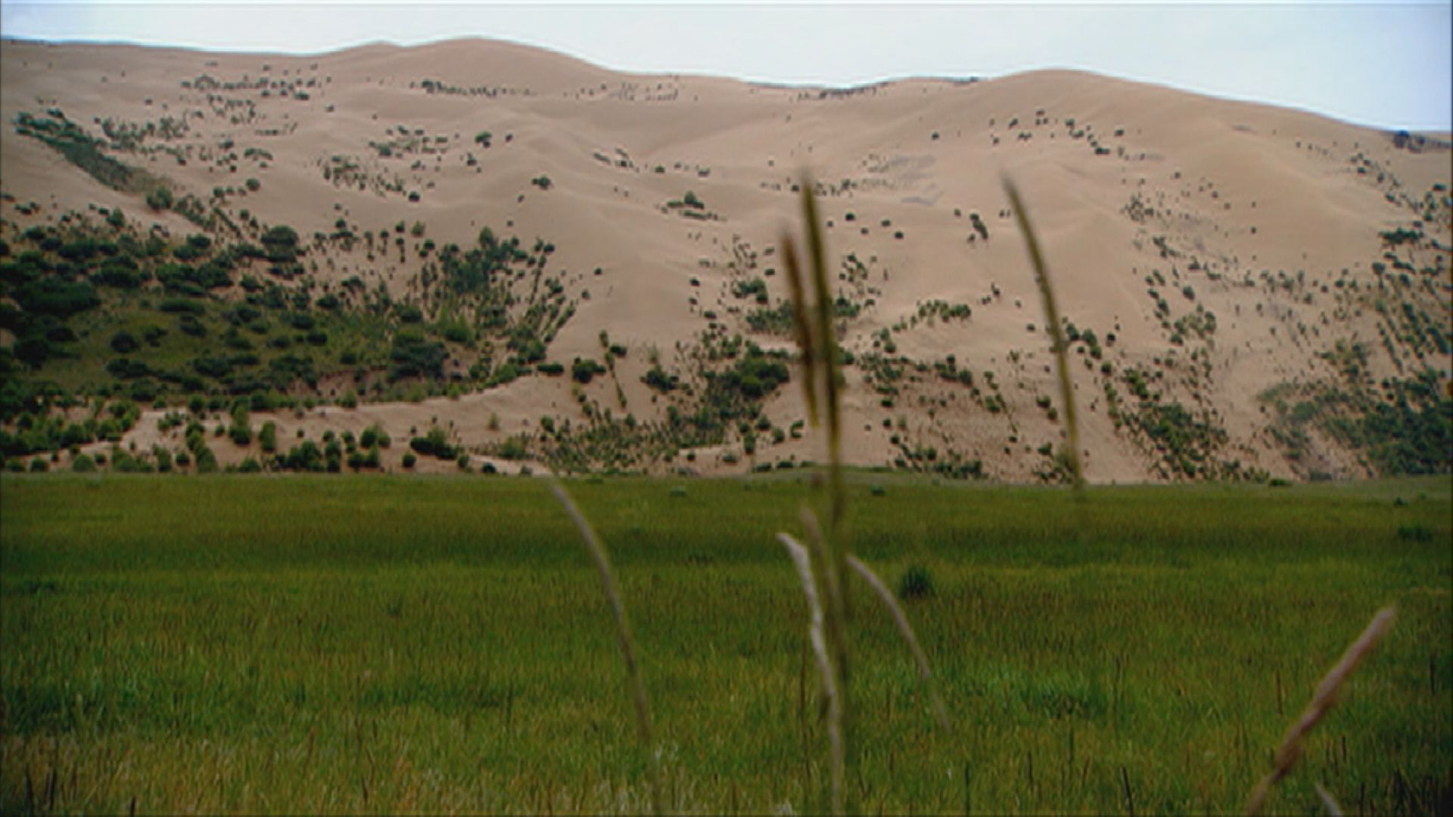 A conservation campaign started in the late 90s and a nature reserve was set up in Hoh Xil, one of the largest no-man zones in China at an average elevation of more than 4,600 meters above sea level. The reserve aims to protect the pristine land against greedy poachers and illegal gold miners.

In 2000, another nature reserve named after "Sanjiangyuan" was created and then elevated to the national level in 2004, the largest of its kind in China. Since then, some $3.6 billion have been spent on ecological restoration in the region with such measures as relocating herdsmen from pastures and replanting grass on the "black-soil patches."

Another significant move came in 2016, when the central government decided to set up a national park in the area, made up of the whole Hoh Xil nature reserve and the large portions of the Sanjiangyuan reserve, covering a total area of 12.31 million hectares.

"The purpose of establishing the national park is to protect the integrity and authenticity of the region's ecology to leave precious natural heritage to future generations," said He Wancheng, the chief of the Administration of the Sanjiangyuan National Park.

The park, blueprint in March 2016 as the country's first pilot national park, is expected to be formally launched in about one month, together with several others across the country, CGTN learned from the National Forestry and Grassland Administration.

"In the past, all the natural resources, such as water, grassland, and forests, have been under the management of different regulators. Now, all the functions are integrated into a unified department. I think this is a highlight of the reform," he noted.

A group of wild donkeys roam somewhere close to the source of the Yellow River. / Duo Tai

A group of wild donkeys roam somewhere close to the source of the Yellow River. / Duo Tai

As locals can tell, the string of initiatives during the past decades are paying off.

Ranger Wen Xiao explained that one of the improvements detected is related to an increase in wild animal populations. "By 2000, there were very few wild animals. For example, the alpine musk deer almost died out, and snow leopards weren't seen."

"But now, there are more than 20 infrared cameras in my village, and snow leopards were seen in all of the cameras," Wen added.

Bureau chief He said strictest protection measures will be implemented in a bid to prevent any new damages to the region. He also hopes that a law focusing on the management of national parks can be formulated as soon as possible.

"The establishment of the national park is a new start, but we are still faced with multiple new challenges," He stressed.