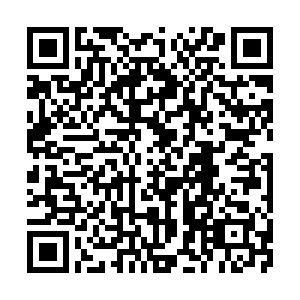 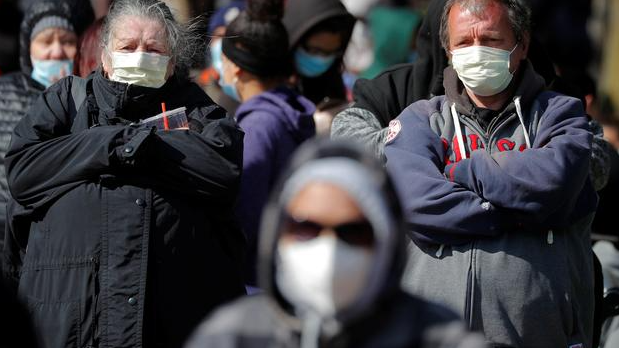 People wait in a line around the block for a pop-up food pantry amid the COVID-19 pandemic in Chelsea, Massachusetts, U.S., April 17, 2020. /Reuters

People wait in a line around the block for a pop-up food pantry amid the COVID-19 pandemic in Chelsea, Massachusetts, U.S., April 17, 2020. /Reuters

Researchers have discovered a new variant of the COVID-19 virus that is specific to and dominant in the United States.

The new variant accounts for about half of the cases in the country, according to a study published on Monday BioRxiv, which has yet been peer-reviewed.

"We have identified a new variant of the SARS-CoV-2 virus that emerged in the United States early in the coronavirus disease pandemic and has become one of the most prevalent U.S. variants," said researchers in the study.

The variant, referred to as 20C-US, first appeared in Texas in May, long before the other two variants had been identified in Britain and South Africa in September and October, respectively.

Since then, the U.S.-identified variant has acquired two new mutations in the spike protein, which allows it to infect cells in a much easier way, the study shows.

The rise of the new variant coincides with the second and third wave of COVID-19 infections in the country, which might circumstantially point to it being more easily transmitted than other variants, said Keith Gagnon, co-author of the study and associate professor of chemistry and biochemistry at the Southern Illinois University Carbondale.

The study shows the new variant identified in the country has not spread beyond their borders, and was most highly prevalent in the Upper Midwest.

However, coronavirus mutations first found in Britain and in South Africa have now spread to dozens of countries, according to the World Health Organization (WHO).

"The more the SARS-CoV-2 virus spreads, the more opportunities it has to change. High levels of transmission mean that we should expect more variants to emerge," said the WHO.

On Wednesday, scientists at the Ohio State University also announced that they found a new variant with a mutation identical to the UK strain, but noted that it likely arose in a virus strain already present in the United States.

In order to monitor the evolution of the virus, researchers have been sequencing the genome of SARS-CoV-2 viruses, which cause the COVID-19 in patients. The new one was only found in one patient from Columbus, Ohio.

Although the prevalence of the strain in the population hasn't been figured out yet, the study did indicate that mutations are likely to make the virus more infectious, making it easier for the virus to pass from person to person.

With both studies suggesting the new virus variants are more transmissible, scientists are still in the dark when it comes to vaccine efficacy on these strains.

"At this point, we have no data to believe that these mutations will have any impact on the effectiveness of vaccines now in use," said Peter Mohler, a co-author of the study and chief scientific officer at the Ohio State Wexner Medical Center.

"The catch is that the virus continues to evolve," Gagnon said. "There are a lot of unknowns."

Since the White House has rolled out its vaccination campaign on December 14, roughly 11.9 million people across the country got their first injection of a two-shot COVID-19 vaccine, according to the U.S. Centers for Disease Control and Prevention. At least 1.46 million people have completed their two-dose vaccination regimen.

Cumulatively, nearly 375,000 people, or one in every 873 residents in the country, have died from COVID-19. In the last week alone, more than 22,000 people died due to the coronavirus, about 3,239 people per day on average. New cases also hit a weekly high.