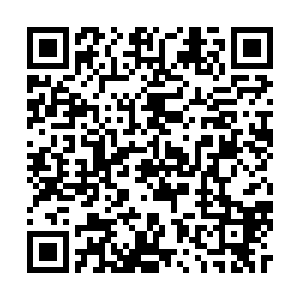 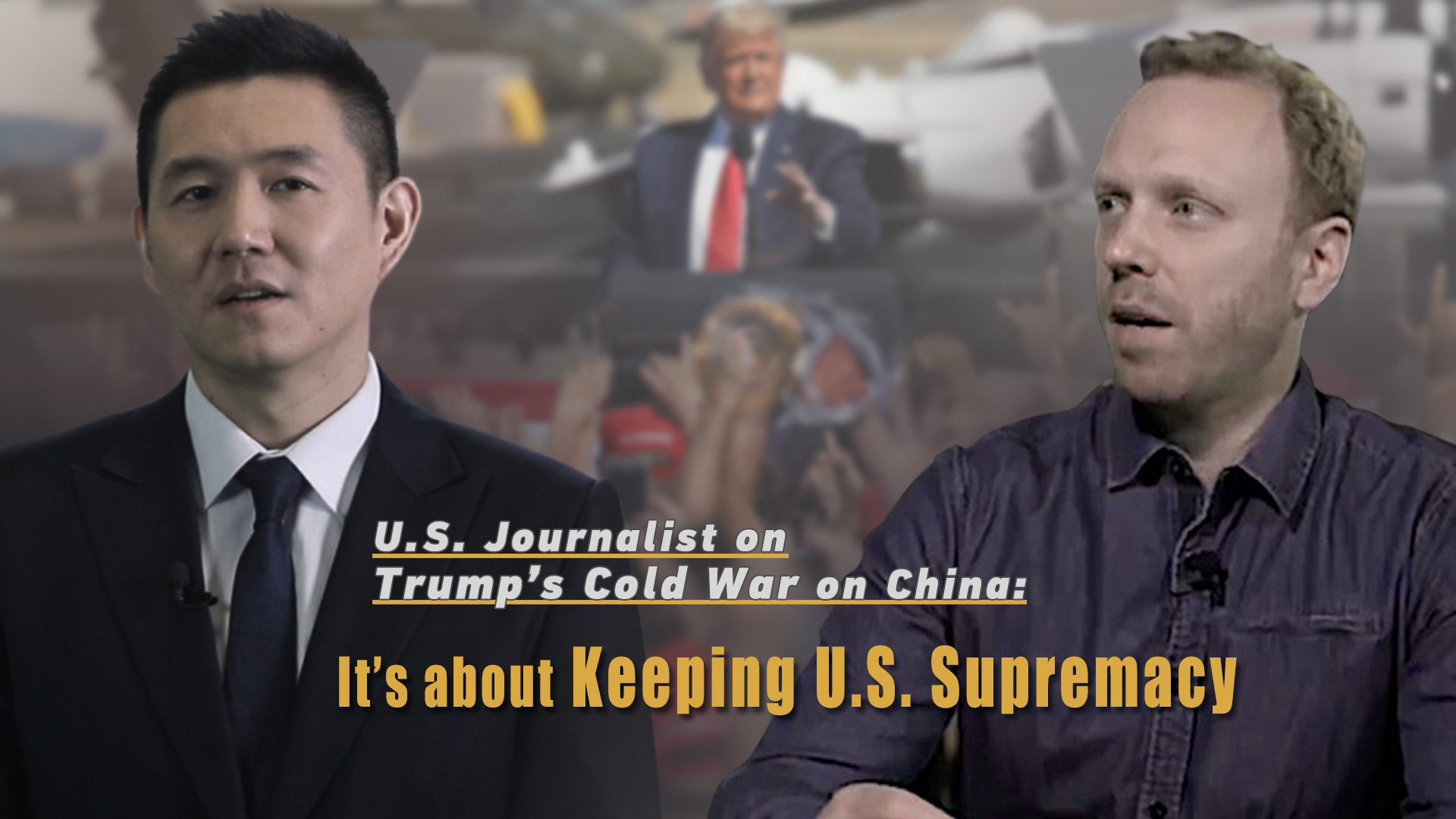 Editor's note：How did the Trump White House pull off a new Cold War on China? Max Blumenthal, editor-in-chief at The Grayzone, told CGTN anchor Wang Guan that smart propaganda is key. Blumenthal said the war on China is marketed to the U.S. public in term of values, yet behind it is a fear of losing U.S. supremacy.

Wang: Talking about Trump's and Pompeo's four years of anti-China policies. What institutions, or who do you think drove the Trump administration's anti-China campaign in the past four years, which many people believe were fanatic, which in effect constituted a new Cold War and a new red scare?

Blumenthal: I should mention to you that Mike Pompeo, and Donald Trump, and Matthew Pottinger whipping up a new Cold War. It fell on fertile soil domestically within the domestic right. Because unlike Russia, China is a socialist country. There is an ideological conflict there that a right-wing, ultra-capitalist administration can market it to its domestic base.

So the new Cold War with China actually served a domestic political function for Trump, but then you have the military-intelligence complex and the Congress. The think tank complex in Washington, which is funded by the arms industry and foreign governments. You have a wing of the U.S. intelligentsia, which is committed to this new Cold War.

They actually have skin in the game. They profit when the U.S. has what they call a near-peer competitor. A major, powerful state, which the U.S. needs to contain. Tons of money is pouring into their pockets as a result of the new Cold War with China. And it will continue to do so throughout the Biden administration, which I think will amplify the narrative of humanitarian interventionism, focusing on Hong Kong, Xinjiang, and Tibet, in order to tug at the heart strings of suggestable coastal middle-class liberals, and make them believe that this hostile U.S. Cold War to contain China actually has something to do with saving innocent people from a "dictatorial regime". Whether they want to sacrifice the survival of the world for a mad, great power competition that only benefits a small sector of their elite.

Right now, unfortunately, reflection is not taking place within either party or their grassroots base.

Wang: And then talking about America's posture towards Taiwan, Hong Kong, South China Sea, Xinjiang, and Tibet. How much of those policies and postures do you think were driven by ideals, a consistent American value system of liberty and freedom for all. How much of those policies do you think were driven by American elites' intention on containing the rise of China and keeping American supremacy?

The U.S. is very threatened by the rise of a socialist party, which is able to produce the largest economy in the world at the commanding heights of its economy and actually present a different model to U.S. monopoly capitalism or what we would call neoliberalism. So the U.S. is guided by the cold, hard interests, the same ones as did George Kennan's telegram calling for the containment of the Soviet Union. But the way that the hybrid war on China is marketed to the U.S. public is in terms of values that different sectors and demographics of the U.S. public can recognize.

So to workers in the Rust Belt who support Trump, China's taking your jobs, not the oligarchy decided to ship your jobs away instead of keeping them here. And to progressive, middle-class young people on the coast is, China is keeping millions of minorities in concentration camps, and it doesn't like the Dalai Lama, who was this great spiritual healer. No mention of the fact that he was a CIA asset. No understanding of what the role of Tibet has been in that war on China.

Wang: Then do you think there has been double standards when you hear about U.S. politicians' characterization of these quote unquote, "domestic terrorists" versus rioters in other regions such as Hong Kong?

Blumenthal: Americans need to reflect on the fact that what would take place at the U.S. Capitol, which they call, coup, insurrection, treason, horrendous mob is what the United States has encouraged in Hong Kong, in across Venezuela, in Nicaragua, in Syria, in Libya, anywhere the U.S. seeks regime change. It weaponizes right-wing fanatics. Uses them, trains them, encourages them, cheers them on, as they stormed parliamentary buildings like they did in Hong Kong and deface the interior of the building, intimidate legislators. I actually tweeted in the middle of this Capitol riot. As my hands were basically freezing, that it reminded me so much of what I witnessed in Maidan square, in Kyiv, Ukraine, with all of the right-wing seeking to storm the centers of power, the only thing missing is the Assistant Secretary of State Victoria Nuland...

Blumenthal: ...handing out cookies to the (riot). Right, handing out cookies to the riot. As she did in Maidan square, or the Democratic Senator Chris Murphy, a major liberal from Connecticut, actually visiting Maidan square and standing on stage next to a far-right member of the social national party cheering on the rioters. There's so much hypocrisy.