Download
Travelogue: Tanghulu, appealing to the Chinese sweet tooth
By Eva May 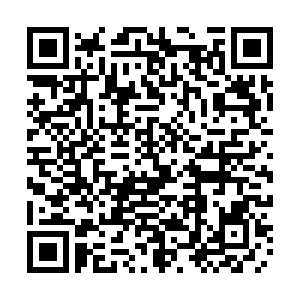 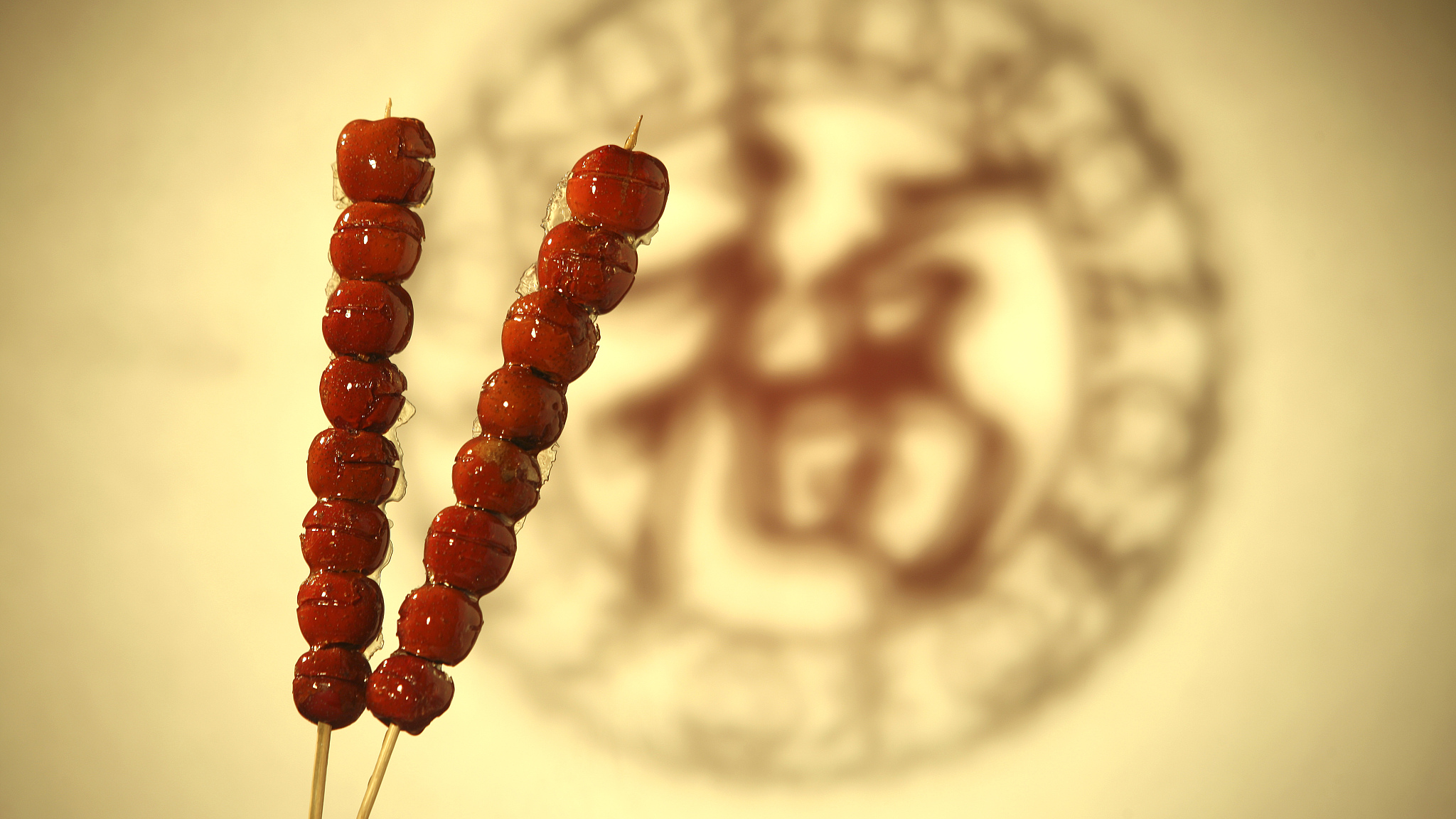 As soon as the weather gets cold in northern China, you'll see a lot of vendors in the street selling a delicious traditional delicacy – Bing Tang Hu Lu, or Tanghulu for short. This snack, which originated in Beijing and Tianjin, traditionally consists of hawthorn fruit (also known as "Shanzha") glazed in hard candy and skewered on a 20-centimeter-long bamboo stick. The fruit's texture is similar to an apple's, with a crunchy skin and a sweet and sour taste on the inside.

The story of this street treat begins with a beautiful Chinese woman in the 12th century. The favorite concubine of the Song emperor Guangzong (1147-1200) fell seriously ill. No court doctor was able to cure her. Desperate, the emperor issued an appeal for doctors from among the ordinary people to come forward to help.

A country doctor recommended that the sick concubine eat red hawthorn fruits fried in brown sugar at every meal for a fortnight. To everyone's surprise, after a few weeks the concubine recovered. Not only did this event make the country doctor famous, it also made the red candied fruit popular. 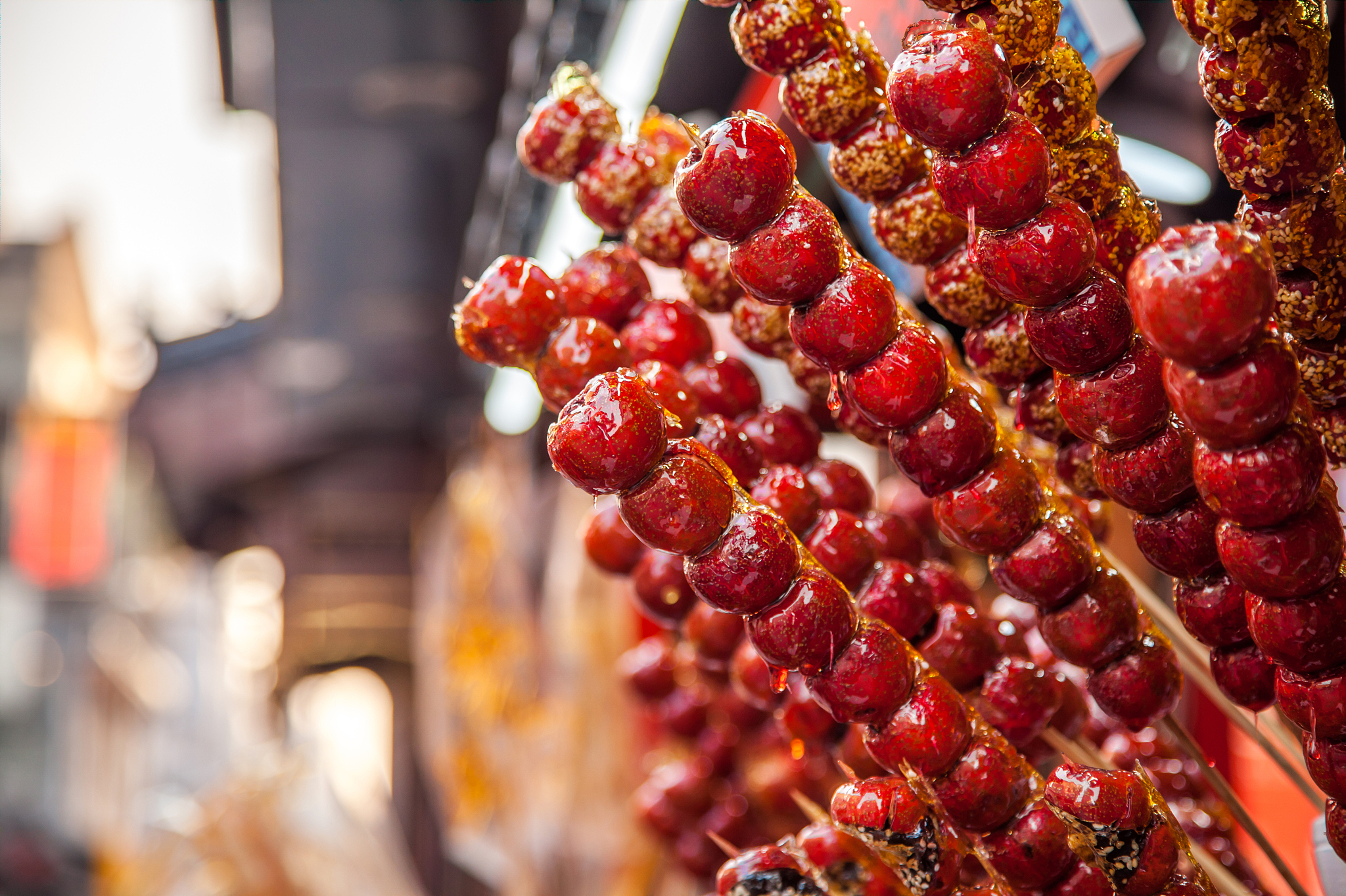 Tanghulu is a popular snack from northern China. Traditionally, it consists of hawthorn fruit glazed in hard candy, skewered on a bamboo stick. /CFP

Tanghulu is a popular snack from northern China. Traditionally, it consists of hawthorn fruit glazed in hard candy, skewered on a bamboo stick. /CFP

Sugar-coated hawthorn fruit became the favorite sugary snack of the Chinese imperial family, and court chefs were assigned to supply it on a regular basis. Having been reserved for the nobility during the last imperial dynasty, the Qing (1644-1911), in more recent times the sticky delicacy has become widely popular among ordinary people.

Initially, Tanghulu were sold in front of city bathhouses, places that had previously only been frequented by the wealthy. Later, the candied fruit skewers were sold in shops, too. The round and red fruits were seen as lucky, symbolizing togetherness, as the word "round" in Chinese sounds like "gathering." With time, it was believed that the snack brought good luck and wealth, hence its popularity at family celebrations and large meals. 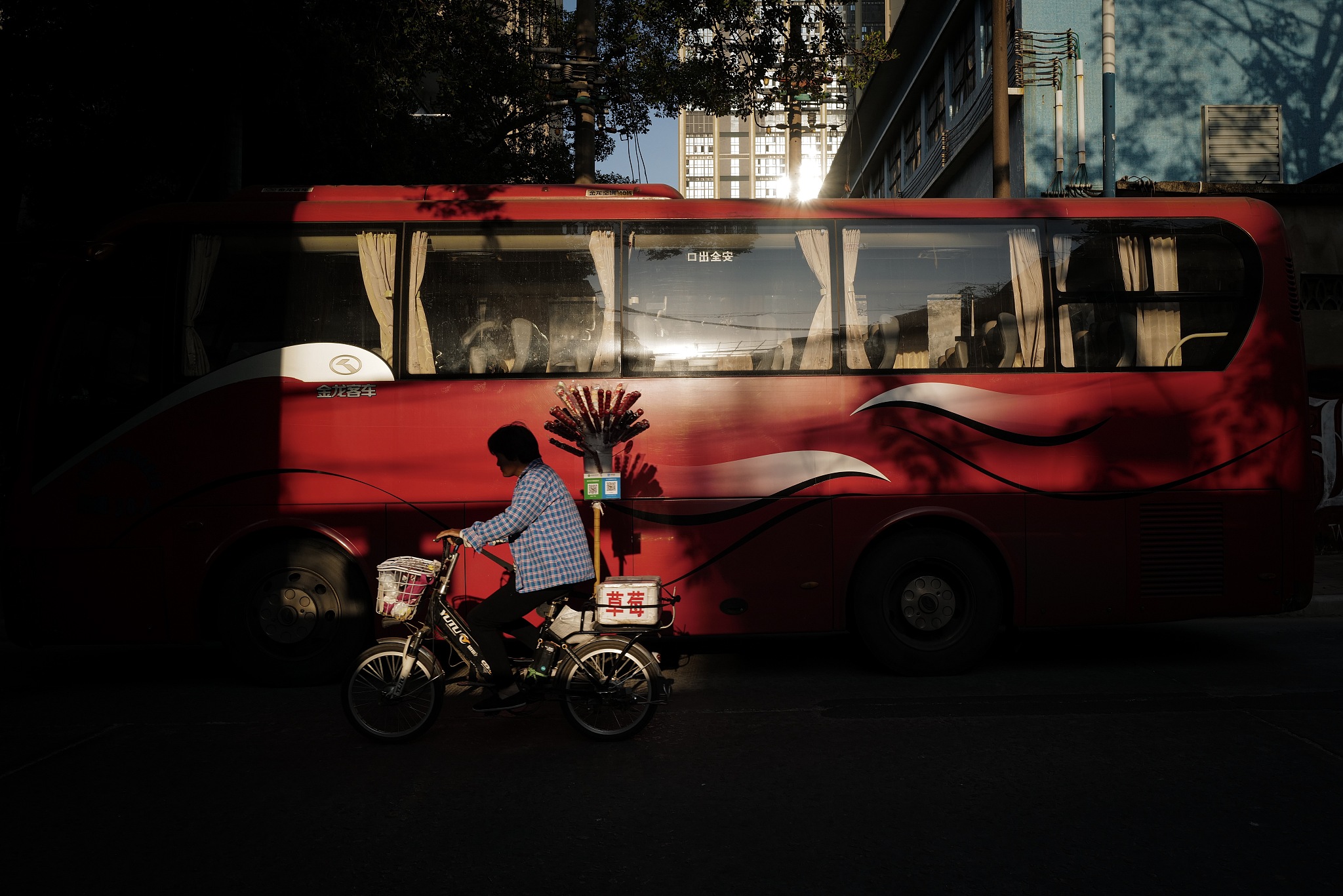 A street vendor selling candied fruits. Such sweet items were once rarely sold on the street. /CFP

A street vendor selling candied fruits. Such sweet items were once rarely sold on the street. /CFP

For older Chinese people, Tanghulu revive many memories from their childhood. Back when foreign specialties such as biscuits and chocolate were still little known in the country, Tanghulu were the only sweet that you could – occasionally – buy in the street. In the 1990s, there was even a well-known pop song extolling the wonderful taste of Tanghulu.

Tanghulu is today probably the most popular traditional sweet in China. They are mostly sold by traveling traders, who bundle the skewers together like a bouquet on bicycles or handcarts. If you want to try the sticky treat yourself, you can find Tanghulu vendors near most of the popular tourist attractions in China.

When the weather turns cold, they'll generally find you, as it's almost impossible to walk the streets in major Chinese cities without coming across them. Tanghulu aren't expensive, as a skewer costs the equivalent of $1.

So, what could possibly stop you from giving one a try? 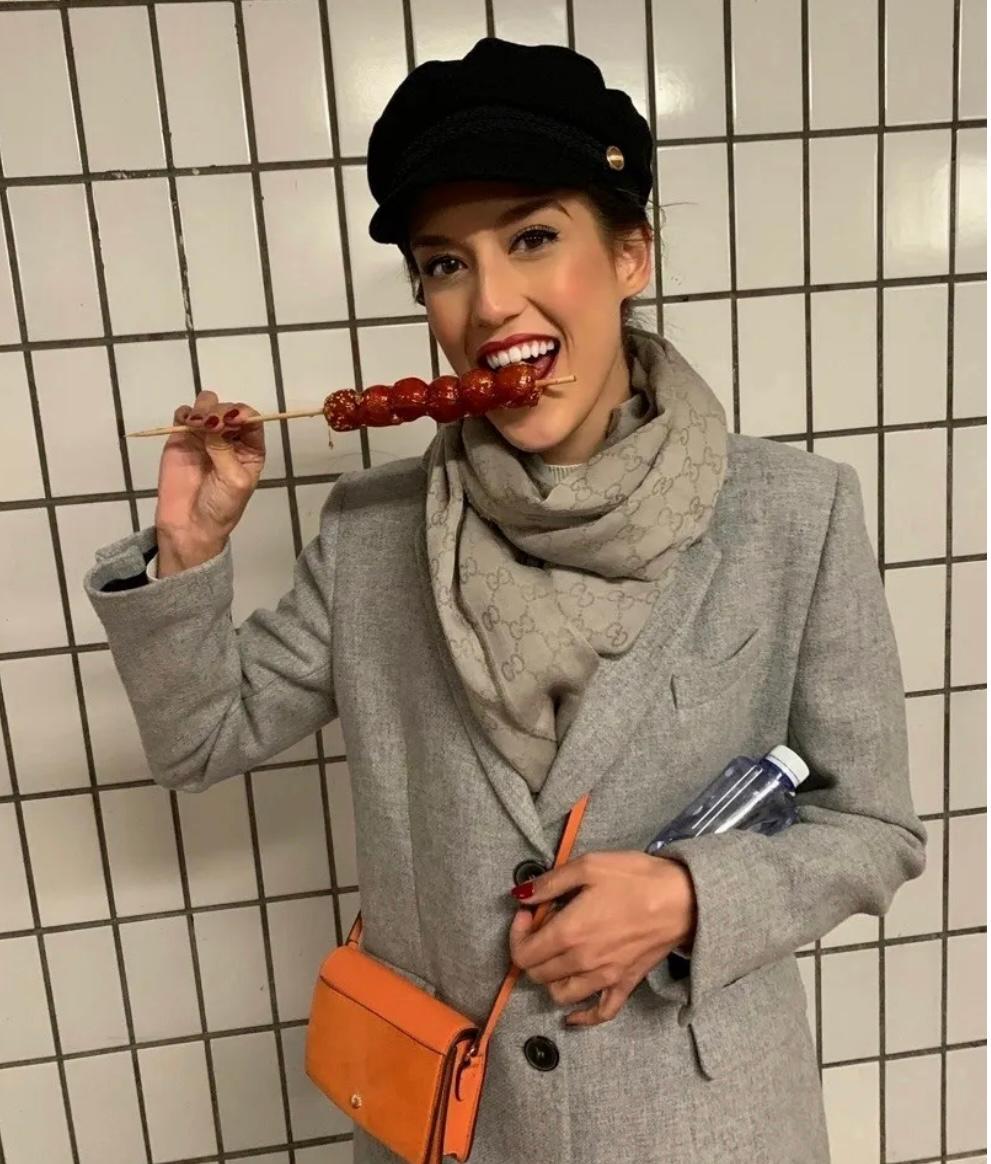 But be aware: while your sweet tooth may thank you for the fine taste sensation, the thick and hard layer of sugar around the sweet-sour hawthorn fruit isn't exactly the healthiest option for your teeth. But as long as you don't go overboard with this finger-licking treat, enjoy it with a clear conscience and comfort yourself with the fact that there are several health-promoting effects ascribed to the hawthorn fruit. Remember the story of the imperial concubine?

Travel to Jiaxing for a taste of China's famous zongzi