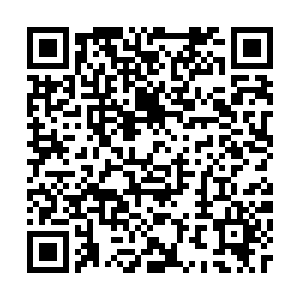 ISIL claimed responsibility early on Friday for Baghdad's latest suicide attack via the group's Amaq news agency on its Telegram channel, according to Reuters.

Two men blew themselves up in a crowded Baghdad market on Thursday, killing at least 32 people in Iraq's first big suicide bombing for three years, authorities said, describing it as a possible sign of the reactivation of Islamic State.

The rare suicide bombings hit the Bab al-Sharqi commercial area in central Baghdad amid heightened political tensions over planned early elections in early October and a severe economic crisis. Iraq's government unanimously agreed to hold the elections days ago, fulfilling a promise made by Prime Minister Mustafa al-Kadhimi in July that voting would be brought forward to meet the demands of anti-government protesters.

The Associated Press also said that "many questioned the timing of the attack, which occurred a day after U.S. President Joe Biden was sworn into office." The U.S.-led coalition recently ceased combat activities and is gradually drawing down its troop presence in Iraq, sparking fears of an ISIL resurgence.

Blood was splattered on the pavement of the busy market amid piles of clothes and shoes as survivors took stock of the disarray in the aftermath of the bombings.

Iraq's Health Minister Hassan Mohammed al-Tamimi said at least 32 people were killed and 110 were wounded in the attack. He said some of the wounded were in serious condition. Iraq's military previously put the number of dead at 28. The health ministry announced that all of its hospitals in the capital were mobilized to treat the wounded. 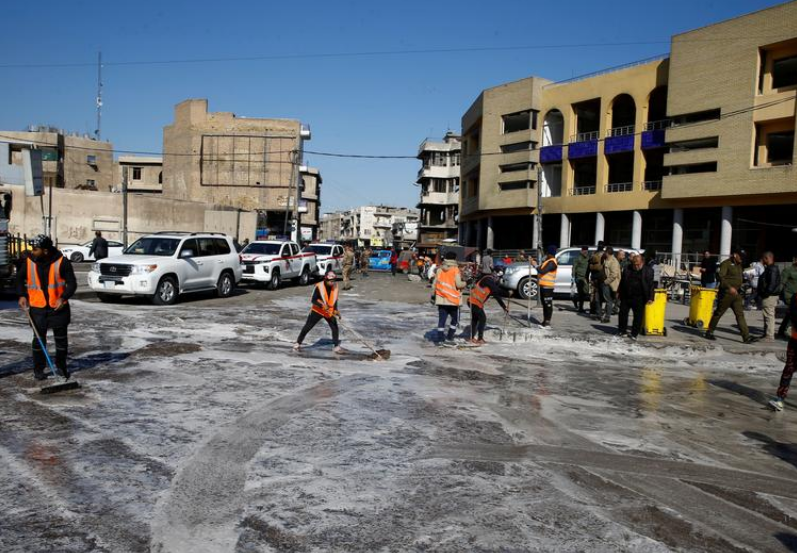 Workers clean the site of a twin suicide bombing attack in a central market in Baghdad, Iraq, January 21, 2021. /Reuters

Workers clean the site of a twin suicide bombing attack in a central market in Baghdad, Iraq, January 21, 2021. /Reuters

Maj. Gen. Tahsin al-Khafaji, spokesman for the Joint Operations Command which includes an array of Iraqi forces, said the first suicide bomber cried out loudly that he was ill in the middle of the bustling market, prompting a crowd to gather around him – and that's when he detonated his explosive belt.

The second detonated his belt shortly after, he added.

"This is a terrorist act perpetrated by a sleeper cell of the Islamic State (ISIL)," al-Khafaji said. He said ISIL "wanted to prove its existence" after suffering many blows in military operations to root out the militants.

The Tunisian Ministry of Foreign Affairs also censured the attacks and reiterated Tunisia's solidarity with "the brother state of Iraq in its war against all forms of terrorism and violent extremism."

The UN chief called on the government "to ensure that those behind these horrific crimes are swiftly identified and brought to justice," Dujarric said.

Iraq has seen assaults perpetrated by both the ISIL group and mostly Shiite militia groups in recent months. Militias have routinely targeted the American presence in Iraq with rocket and mortar attacks, especially the U.S. embassy in Baghdad's heavily fortified Green Zone.