Download
Trump impeachment trial to start in the week of Feb. 8
CGTN 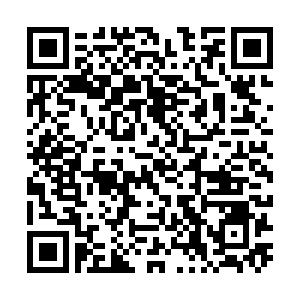 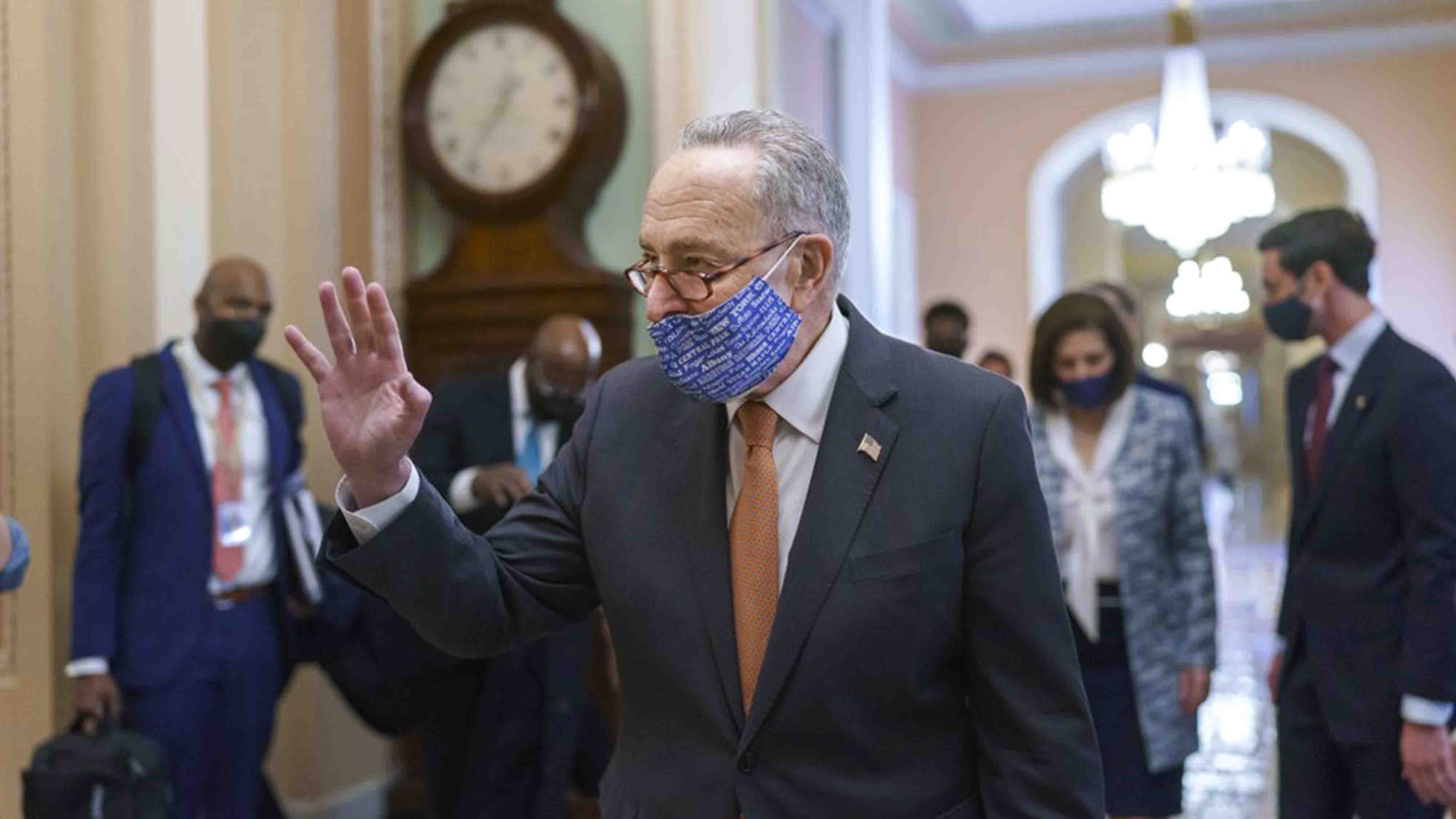 U.S. Senate Democratic leader Chuck Schumer said on Friday that the opening arguments in the Senate impeachment trial for the former president Donald Trump on the charge of "incitement of insurrection" for the Capitol riot will begin the week of February 8.

Schumer said that House Speaker Nancy Pelosi will send the article of impeachment against Trump to the Senate on Monday, triggering the start of the former president's trial on a charge of "incitement of insurrection" in the deadly January 6 riot at the Capitol.

From there, Trump's legal team will have time to prepare the case before opening arguments begin in February.

"During that period, the Senate will continue to do other business for the American people, such as Cabinet nominations and the COVID relief bill which would provide relief for millions of Americans who are suffering during this pandemic," Schumer said on the Senate floor.

Schumer announced Pelosi's intentions on Friday for the quick trial, rebuffing Republicans' proposal to push the proceedings to mid-February to give Trump more time to prepare his case. Schumer said there will be "a full trial," and "it will be a fair trial."

But a trial delay could appeal to some Democrats, as it would give the Senate more time to confirm the Cabinet and debate the new round of coronavirus relief. The trial could halt Senate work on those priorities.

"The more time we have to get up and running ... the better," Biden said Friday in brief comments to reporters.

The timing and details of the Senate trial eventually rest on negotiations between Schumer and Senate Minority Leader Mitch McConnell, who are also in talks over a power-sharing agreement for the Senate, which is split 50-50 but in Democratic control because Vice President Kamala Harris serves as a tie-breaking vote.

Whenever the start, Pelosi said on Friday the nine House impeachment managers, or prosecutors, are "ready to begin to make their case" against Trump. Democrats say they can move quickly through the trial, potentially with no witnesses, because lawmakers experienced the insurrection first-hand. 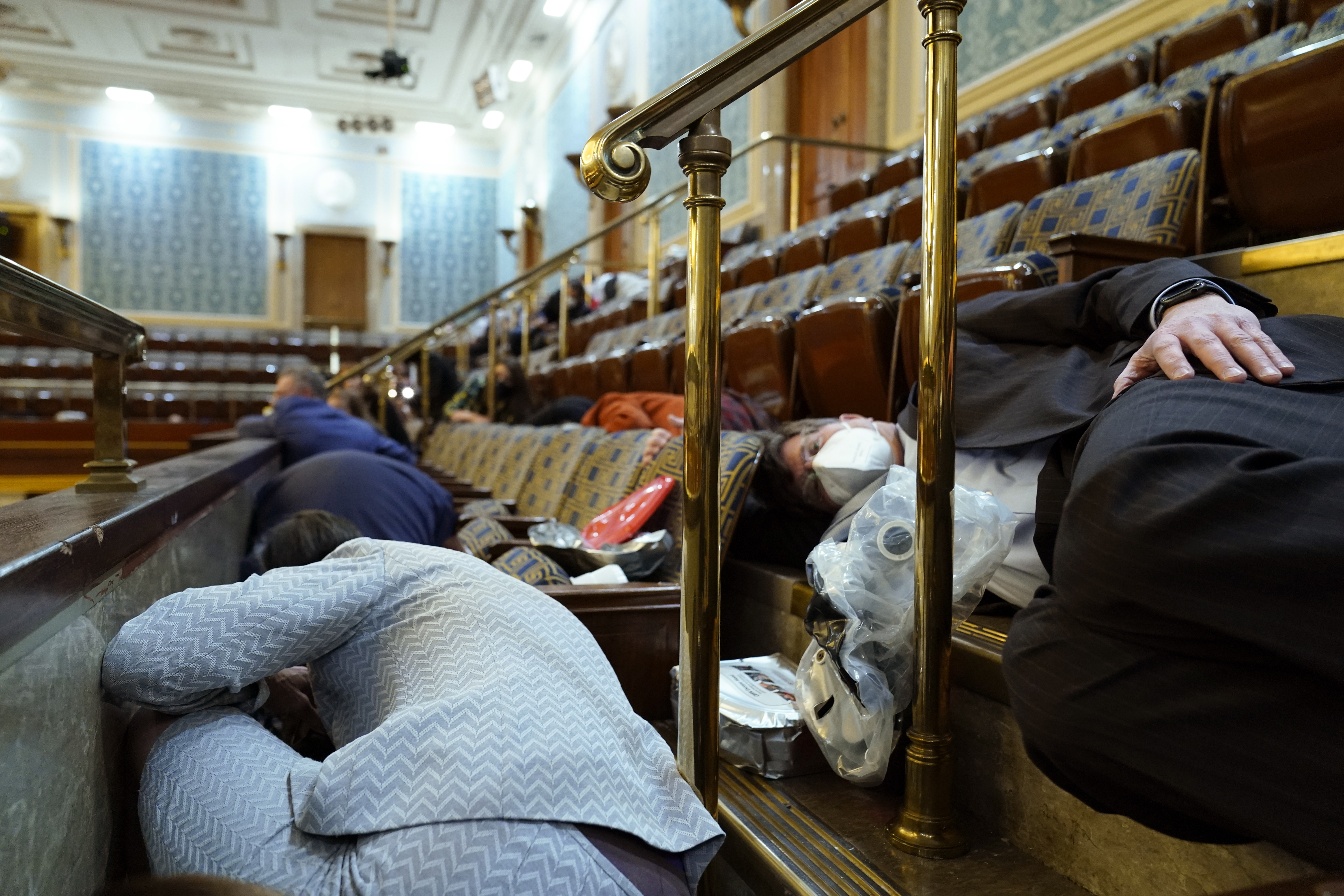 People shelter in the House gallery as rioters try to break into the House Chamber at the U.S. Capitol in Washington, D.C., U.S., January 6, 2021. /AP

People shelter in the House gallery as rioters try to break into the House Chamber at the U.S. Capitol in Washington, D.C., U.S., January 6, 2021. /AP

Unlike any in history, Trump's impeachment trial would be the first of a U.S. president no longer in office, an undertaking that his Senate Republican allies argue is pointless, and potentially even unconstitutional.

Democrats say they have to hold Trump to account, even as they pursue new President Joe Biden's legislative priorities, because of the gravity of what took place  – a violent attack on the U.S. Congress aimed at overturning an election. If Trump is convicted, the Senate could hold another vote to bar him from holding office ever again, potentially upending his chances for a political comeback.

"Congress loses its constitutional authority to continue impeachment proceedings against" Trump after he leaves office because "the Senate's only power under the Constitution is to convict – or not – an incumbent President," said the former U.S. Circuit Court Judge J. Michael Luttig on January 12 for the Washington Post.

Under the Constitution, the House can impeach a president for "treason, bribery or other high crimes and misdemeanors." Then the Senate holds a trial and needs a two-thirds majority to convict the president. In this case, the democrats would need the support of at least 17 Republicans to convict Trump, which is a high bar.

The most Republican senators condemned Trump's actions that day, but far fewer appear to be ready to convict. And most have come to Trump's defense as it relates to impeachment, saying they believe a trial will be divisive and questioning the legality of trying a president after he has left office.

Trump, the first president to be impeached twice, is at a disadvantage compared with his first impeachment trial, in which he had the full resources of the White House counsel's office to defend him. South Carolina Sen. Lindsey Graham helped Trump hire South Carolina attorney Butch Bowers after members of his past legal teams indicated they did not plan to join the new effort.

Graham said Friday there is "a very compelling constitutional case" on whether Trump can be impeached after his term – an assertion that Democrats reject, saying there is ample legal precedent. Graham also suggested that Republicans will argue Trump's words on January 6 were not legally "incitement."

"On the facts, they'll be able to mount a defense, so the main thing is to give him a chance to prepare and run the trial orderly, and hopefully the Senate will reject the idea of pursuing presidents after they leave office," Graham said.

McConnell, who said this week that Trump "provoked" his supporters before the riot, has not said how he will vote. He said Senate Republicans "strongly believe we need a full and fair process where the former president can mount a defense and the Senate can properly consider the factual, legal and constitutional questions."