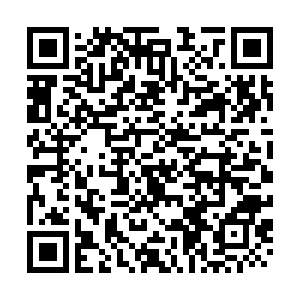 WEF held to shape policies in 2021

The WEF will be held virtually from January 25-29 under the theme "A Crucial Year to Rebuild Trust," bringing together the world's foremost leaders to address the economic, environmental, social and technological challenges following the COVID-19 pandemic.

The Geneva-based forum said that the conclusions from the Davos Agenda week would feed into task forces working on global issues for its upcoming Special Annual Meeting in Singapore, which is scheduled to take place May 25-28.

The meeting will aim at rebuilding trust and shaping the policies and partnerships needed in 2021. More than 1,500 business, government and civil society leaders from over 70 countries and regions will set the agenda for 2021, the WEF said.

Chinese President Xi Jinping will deliver a speech on January 25 at the virtual Davos Agenda event held by the WEF, according to the Chinese Foreign Ministry.

Donald Trump not out of the spotlight completely

Chuck Schumer, the Democratic Senate majority leader, said that the impeachment trial of Donald Trump will begin in earnest the week of February 8 and said he had reached an agreement with Republican colleagues on the timeline for the trial.

Meanwhile, the impeachment article will be delivered to the Senate on Monday so as to force the Senate to formally consider the matter on Tuesday, according to the Democratic Speaker of the House Nancy Pelosi.

Trump became the first president in U.S. history to be impeached for a second time after all of the Democrats and 10 Republicans in the House of Representatives voted on January 13 to charge him with inciting an insurrection over his role in the violent siege on Capitol Hill on January 6.

The move frees up two weeks of the legislative calendar so the Senate can hold votes to confirm Joe Biden's cabinet nominees, as well as consider the new president's ambitious proposals for $1.9 trillion stimulus package in additional economic relief to address the coronavirus pandemic.