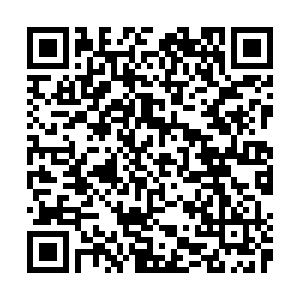 Thousands took to the streets of cities across Russia on Saturday as part of demonstrations organized by supporters of jailed opposition figure Alexei Navalny. About 600 protests were arrested, and some of the police were injured, according to Russia's Interior Ministry.

In Moscow, thousands of demonstrators gathered in and around Pushkin Square in the city center, where clashes with police broke out. A total of 39 officers in the city had been injured, none seriously, according to RIA Novosti.

Police eventually pushed demonstrators out of the square. Many of them throwing snowballs at the police. Thousands then regrouped along a wide boulevard about a kilometer away from the square. Some later went to protest near the jail where Navalny is held.

According to RT, after most of the protesters were dispersed by the police from the square, the remained ones began attacking a car that was said to belong to the security services, punching, kicking and smashing its windows.

Reports say that the driver had his "eye gouged out" by the mob.

The interior ministry said that about 4,000 individuals took part in the action in Moscow and about 600 of them were detained.

It was reported that Yulia Navalnaya, wife of Navalny, was also among the arrests, but was later released. 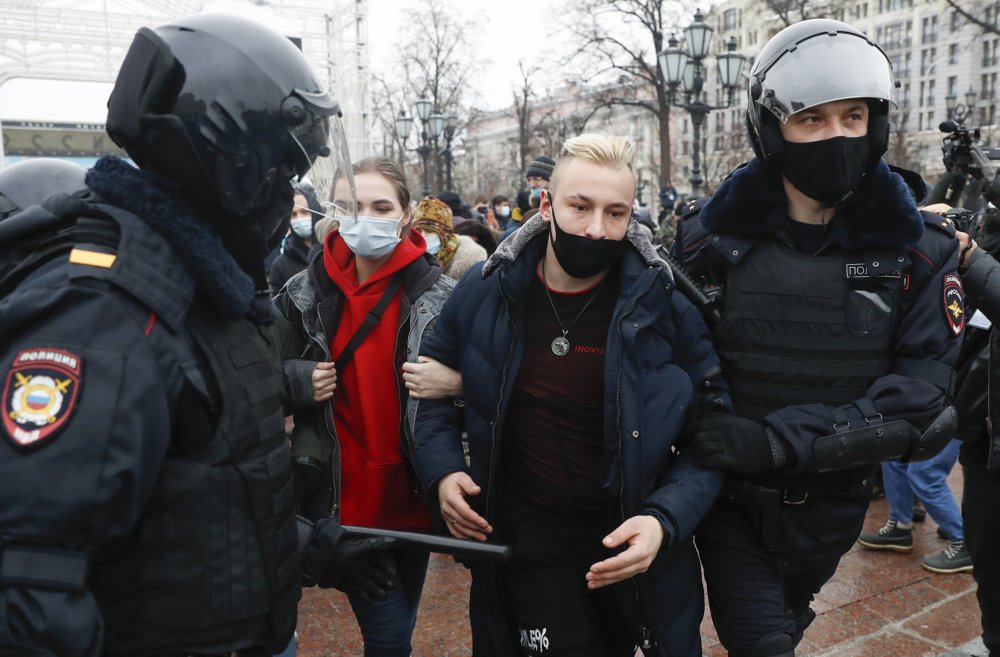 Police detain protesters during a protest against the jailing of Alexei Navalny in Moscow, January 23, 2021. /AP

Police detain protesters during a protest against the jailing of Alexei Navalny in Moscow, January 23, 2021. /AP

Russia's Foreign Ministry accused the local U.S. embassy of hypocrisy after its spokesperson tweeted that the police response to opposition demonstrations was part of a "concerted campaign to suppress free speech [and] peaceful assembly."

Head of the Russian Presidential Council for Civil Society and Human Rights Valery Fadeev said that there are no violation in the detentions in a statement, and condemned the "unauthorized protests."

"These actions are unlawful. Further to not being agreed, they also take place during the epidemic period," Fadeev said in a statement. "Certainly, there is a need of speaking about unlawfulness of actions, rather than about detentions. I absolutely do not see the violation [in detentions]," he added.

Fadeev pointed out that the unauthorized protests in Russia usually "ends with making a statement of administrative violation and a release." He assured that this time would be no different. "Unless there are some provocations or clashes with police," he noted.

Leonid Volkov, a close ally of Navalny's who livestreamed commentary of the events as they unfolded throughout the day, said that fresh protests would be called for next weekend.

Navalny has been jailed for 30 days after he allegedly breached the terms of a three-and-a-half year sentence, suspended for five years, when he lost contact with prison service authorities last autumn. He had been transferred to Berlin's Charite hospital in a comatose state after he was poisoned by the nerve agent Novichok.

Navalny faces a court hearing in early February to determine whether his sentence in the criminal case for fraud and money-laundering – which Navalny says was politically motivated – will be converted to 3 1/2 years behind bars.