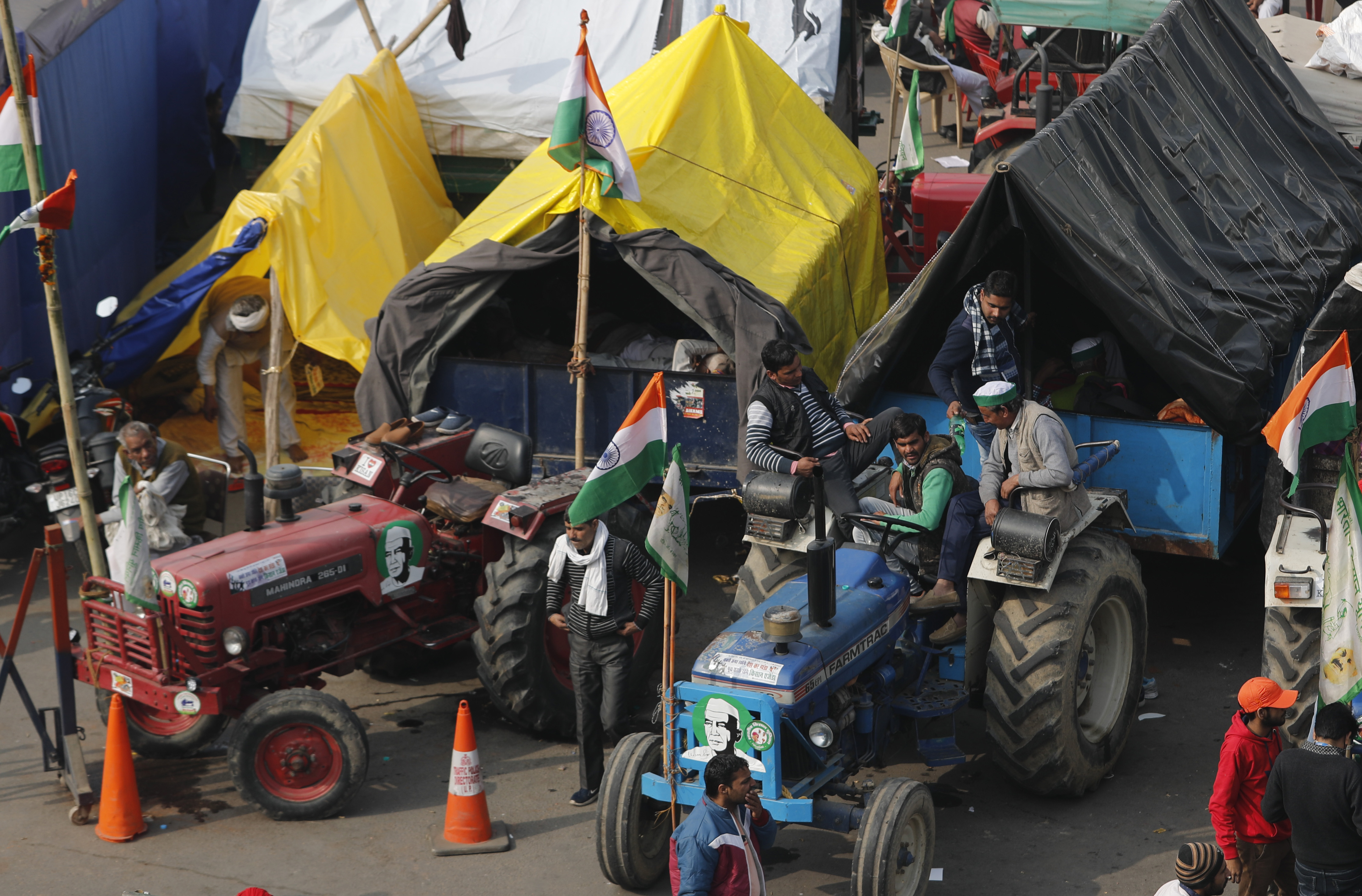 Tens of thousands of farmers gathered on the outskirts of New Delhi on Tuesday, ahead of a tractor procession aimed at protesting a controversial set of agricultural laws, which could overshadow the annual Republic Day celebration in the city.

The Republic Day is set to mark the anniversary of the introduction of India's Constitution in 1950. It is also the day when India declared independence from the British rule in 1930. Celebrations and a military parade will be held in the country's capital and the Prime Minister will deliver a speech to the nation.

Thousands more, on tractors decorated with the flags of India and farm unions, have been streaming into the capital from neighboring states for several days ahead of the rally that coincides with India's Republic Day.

"They (farmers) could have chosen any other day instead of January 26 but they have announced now," India's Agriculture Minister Narendra Singh Tomar told local media on Monday.

Police have allowed farmers to rally along pre-approved routes on the outskirts of Delhi on Tuesday. The protests have so far been peaceful, and farm leaders have urged participants in Tuesday's rally to refrain from violence.

"We will follow the instructions of our leaders and conduct a peaceful march," said Sukhjinder Singh, a 30-year-old protester from Punjab at Singhu, one of the main protest sites.

Around half of India's population works in agriculture, and unrest among the estimated 150 million land-owning farmers represents one of the biggest challenges to the authority of Prime Minister Narendra Modi since he came to power in 2014.

Farmers, angry at what they see as laws that help large, private buyers at the expense of producers, have been camped outside Delhi for almost two months.

Ten rounds of talks between the two sides have failed to end the protests. The government's offer to delay the farm laws for 18 months has been rejected by farm leaders, who want a total repeal of the laws.

"They have the resources to mobilize support, and to continue the protest for a long time. They have also been very successful in keeping the protest really focused."