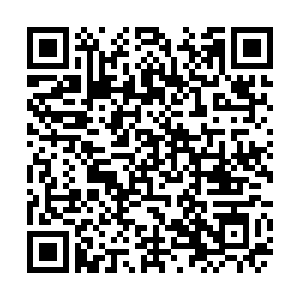 Protesting farmers and their families gather around a bonfire to mark Lohri festival on a blocked highway in protest against new farm laws at the Delhi-Uttar Pradesh state border, India, January 13, 2021. /AP

Protesting farmers and their families gather around a bonfire to mark Lohri festival on a blocked highway in protest against new farm laws at the Delhi-Uttar Pradesh state border, India, January 13, 2021. /AP

India's government on Wednesday offered to suspend implementation of three new controversial farm laws that triggered the biggest farmer's protests in years. The farm union leaders said they would now consider calling off the nearly two-month-long protest by thousands of farmers on the nation's capital borders.

Agriculture and Farmers Welfare Minister Narendra Singh Tomar said the government was open to suspending the laws for up to 18 months, during which time a joint committee of representatives from the government and farmers' sides can work to "provide solutions" for the industry, and those protesting on Delhi borders should return to their homes.

The three laws have already been held up by the Supreme Court till further orders and a committee of experts has been formed to resolve the deadlock. The committee has been asked to submit its report within two months after consulting all stakeholders, according to local media.

"It will be victory for Indian democracy the day farmers' agitation ends and they return to their homes," Tomar said while answering questions from reporters after the five-hour of meeting with farmer's representatives.

The cornerstone of the reform, introduced in September, allows private buyers to deal directly with farmers.

Angry farmers, who say that will make India's traditional wholesale markets irrelevant and leave them at the mercy of big retailers and food processors, have camped out on major highways outside New Delhi for more than two months.

The past nine round of bilateral talks have so far failed to break the deadlock – landing Prime Minister Narendra Modi with one of his most significant challenges since his re-election.

The next round of talks between the government and the farmers union is set on Friday, and farm leader Dharmendra Malik said the unions would let the government know then if they would accept the offer and call off the protests.

"The Supreme Court has stayed the agri-reform laws for a short duration. Their implementation will not happen for some time. But, we have been telling the unions that it will require more time to consider the laws and to discuss other aspects related to the agitation. The required time maybe six months, one year or one and half years," he said.

According to Reuters, the farmers are planning a tractor rally through New Delhi on January 26, India's Republic Day, which the Supreme Court on Wednesday declined a government petition to ban.