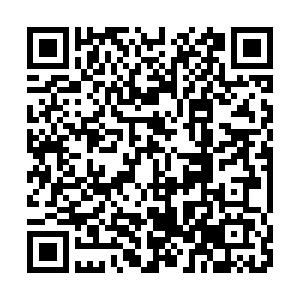 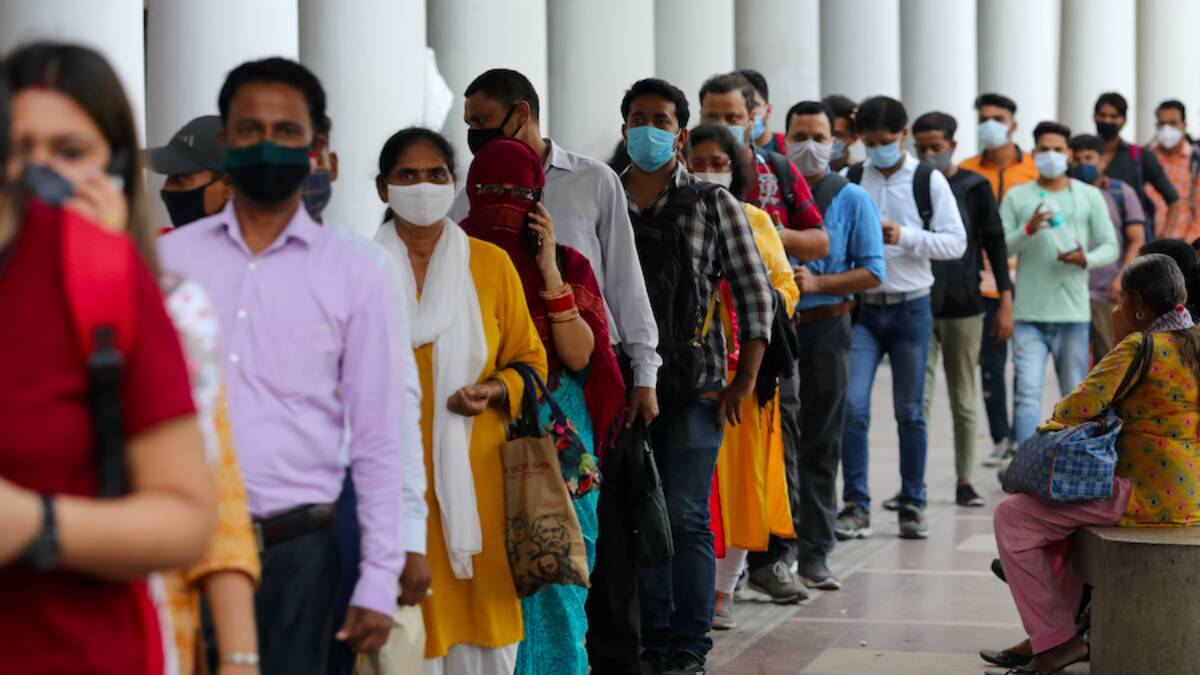 The fifth round of serological surveillance conducted in Delhi has indicated that more than 50 percent of those surveyed have developed antibodies against COVID-19. /Reuters

The fifth round of serological surveillance conducted in Delhi has indicated that more than 50 percent of those surveyed have developed antibodies against COVID-19. /Reuters

India's capital New Delhi is heading towards herd immunity from coronavirus, with over 50 percent of its nearly 20 million population projected to have developed antibodies to the coronavirus, according to a new study.

The fifth round of serological surveillance conducted in New Delhi has indicated that more than 50 percent of those surveyed have developed antibodies against COVID-19, Indian media reported citing government officials.

The survey was conducted by Delhi's local government in association with the National Center for Disease Control (NCDC). A total of 28,840 samples from the city's 11 districts were collected between January 11 and 22 with an initial report submitted to the health minister's office over the weekend.

"In one district, the prevalence is around 58 percent, which clearly shows that a large number of people have developed antibodies against the virus," a senior government official was quoted saying by the Indian Express newspaper. The final report is expected within a week.

A population is deemed to have attained herd immunity if 50 to 60 percent of the people are found to have developed antibodies during a sero-prevalence survey. When a large section of people have been infected by a virus and become immune by developing antibodies, it forms a layer between the infected and those who are not, resulting in breaking the chain of further infection. 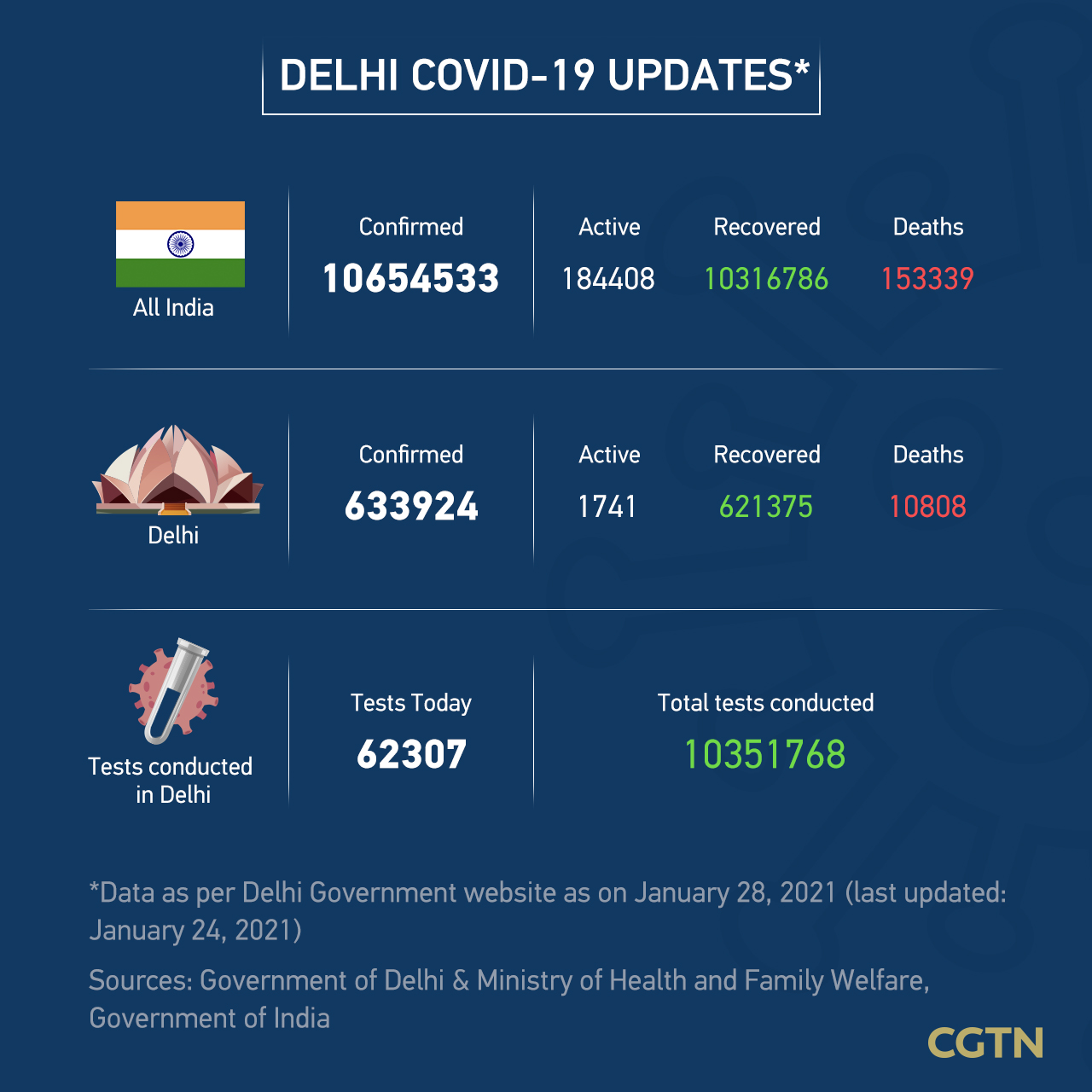 In July last year, the first such survey conducted by the NCDC projected 23 percent of New Delhi's population had antibodies needed for immunity. The New Delhi government partnered in the next three sero surveys in August, September and October where the figures stood at 29.1 percent, 25.1 percent and 25.5 percent respectively.

Official figures from the health ministry show nearly 634,000 confirmed COVID-19 cases in New Delhi on Wednesday. However, the latest survey indicates that the total figure could be more than 10 million, according to government sources cited by NDTV news website.

The figure from the latest survey also is the highest sero-prevalence found in Delhi since the COVID-19 outbreak and experts see this as a sign of the city inching closer to achieving herd immunity.

Dr. Shobha Broor, former head of microbiology at the All Indian Institute of Medical Sciences (AIIMS), told the Express that the survey "shows that there have been many asymptomatic infections in the city and we are approaching herd immunity."

She added that the number may go up to 70 percent in the next round as more people would have gotten vaccinated by that time. "Having presence of antibodies will not affect the ongoing vaccination drive in any case. Those who have developed antibodies can go ahead and take the shot as the vaccine will further boost the response."

A serological survey is meant to check prevalence of a disease in a population, by detecting the presence of specific antibodies against the virus. The serological test is performed to diagnose infections and autoimmune illnesses. It can also be conducted to check if a person has developed immunity to certain diseases. 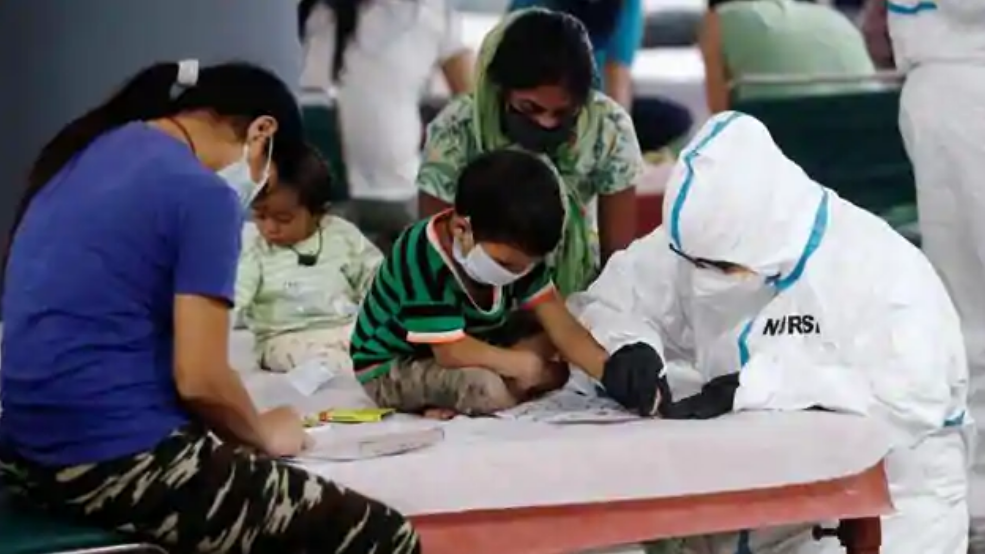 A medical worker helps a boy to paint in a care center for COVID-19 patients at an indoor sports complex in New Delhi, India. /Reuters

A medical worker helps a boy to paint in a care center for COVID-19 patients at an indoor sports complex in New Delhi, India. /Reuters

Read and watch: India's COVID-19 lockdown and its side effects

Over the last four months, detection of new cases has been declining in New Delhi, which has led some experts and scientists to conclude that a much higher proportion of the population might already be infected. The results of the Delhi sero survey are seen as evidence to support this theory.

"It shows that a lot of asymptomatic infections did happen in the course of the pandemic, which were not reported at that time. This is our natural way of acquiring herd immunity as approximately 50 percent have developed antibodies against the virus. This coupled with the ongoing vaccination drive will help in achieving herd immunity, and controlling the pandemic will be faster than expected," Dr Neeraj Nischal, associate professor at the department of medicine at AIIMS, told the Express.

However, the mere presence of antibodies would not mean long-term immunity but the level of antibodies would indicate their duration in the population, according to Dr Lalit Kant, former head of the epidemiology department at Indian Council of Medical Research.

"It is important that these antibodies should persist for a long period because if these are for only two to three months, people will become susceptible to the virus again," he told The Times of India, adding that in many countries, such antibodies remained for just four to six months.

Earlier this month, India launched one of the world's largest immunization campaigns to bring the COVID-19 pandemic under control. About 2 million people have already received the shots in the first 10 days of the campaign by Monday. The South Asian country plans to administer two doses of the vaccine to about 300 million people in the first six to eight months of the year.

With a population of nearly 1.4 billion, India is the world's second most populous country, after China. On Wednesday, the total number of reported COVID-19 cases in the country stood at over 10.65 million, only behind the U.S. So far, India has reported 153,339 deaths due to the coronavirus.