Download
Graphics: The scientific research for the origins of coronavirus
By Hu Xuechen, Zhao Hong 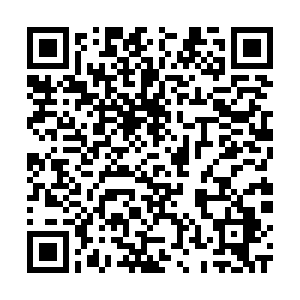 Since the start of the COVID-19 pandemic, scientists from all over the world have been researching SARS-CoV-2, the virus that causes the disease. Through screening of past cases, tests on blood samples and even wastewater, multiple studies found the existence of the virus elsewhere before China reported its first case, calling into question whether the virus may have emerged earlier than in December 2019. Two out of 500 blood donation samples collected between January and March 2019 in Japan tested positive for COVID-19 antibodies. However, Japan's Ministry of Health, Labor and Welfare, which led the research, claimed a high probability that the results were "false positives," as the new coronavirus didn't exist in 2019 in the country.

Around the same time, across the world, virologists found traces of the novel coronavirus in wastewater samples collected on March 12, 2019, in Barcelona, Spain, according to research by the University of Barcelona, implying the disease may have appeared in the country at least 10 months before the first case was reported in there.

It was still too early to draw definitive conclusions, but the result is definitely interesting and suggestive, Dr. Joan Ramon Villalbi of the Spanish Society for Public Health and Sanitary Administration told Reuters.

In Italy, scientists of the National Cancer Institute (INT) of Milan found coronavirus-specific antibodies in 23 blood samples collected in September and 27 in October 2019. The positive September samples were found in eight regions across the country.

The study tested nearly 1,000 samples from September 2019 to March 2020 and detected antibodies in one-tenth of them. Italy identified the first confirmed coronavirus case by the end of February 2020. Yet, within a month, the country recorded more than 6,000 cases, according to the Johns Hopkins University database.

"The rapid spread, the large number of patients requiring hospital admission and treatment in intensive care units, as well as the duration of the pandemic suggest that the arrival of the virus and its circulation in Italy in a less symptomatic form could be anticipated by several months," said INT researchers in the report.

SARS-Cov-2 was also found in wastewater samples collected in early December 2019 in research conducted by the Italian National Institute of Health.

Sewage sampling, which is usually done to test the efficacy of wastewater treatment plants, has become a key tool in tracing the novel coronavirus. Brazil also detected the virus in urban wastewater archived on November 27, 2019, according to a research conducted by the Federal University of Santa Catarina, in an attempt to trace down the onset of the epidemic. The finding indicated that the virus might have existed in the country two months earlier than the first confirmed case of COVID-19 in the Americas, and three months earlier than the first reported case in Brazil at the end of February.

The United States, which reported its first case on January 21, 2020, observed traces of SARS-Cov-2 in American Red Cross blood donations from a month earlier. Researchers at the country's Centers for Disease Control and Prevention tested more than 7,000 blood samples and found antibodies in 106 specimens. Thirty-nine of the donations with positive results were collected on December 13 to 16, 2019. Antibodies first occurred in donors from the west coast in December, and were found in those from central and northeastern states as well in January 2020.

French researchers also found a man infected with COVID-19 as early as December 27, 2020, nearly a month before the country confirmed its first cases, after retesting more than 100 nasal samples from patients admitted to the intensive care unit for influenza-like illness.

The patient survived. "He was sick for 15 days and infected his two children, but not his wife, who works in a supermarket," said Yves Cohen, head of resuscitation at the Avicenne and Jean Verdier hospitals in the northern suburbs of Paris. "He was amazed. He didn't understand how he had been infected. We put the puzzle together and he had not made any trips. The only contact that he had was with his wife."