Download
Spring Festival Gala A to Z: Unforgettable moments during the '10s
CGTN 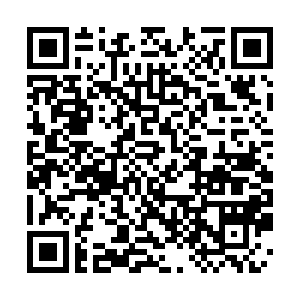 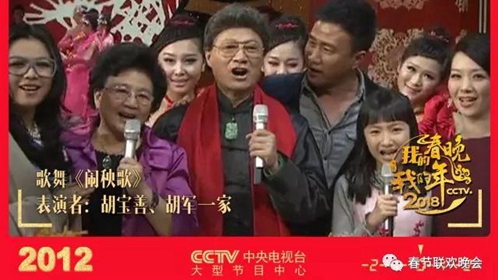 The Spring Festival Gala, or "Chunwan" in Chinese, airs on the eve of the Chinese Lunar New Year when millions of Chinese families get together. This year's gala will fall on February 11 and will go ahead despite the ongoing pandemic.

As an integral part of the Chinese New Year celebrations, the annual show hosted by China Central Television (CCTV) is the most-watched television show in the world. The extravaganza often features songs, performances, and comedy sketches.

For more than three decades, the gala has not only been an entertainment trendsetter, but also a mirror of China's economic growth.

2010: 'The Litter Tigers' back together for the gala

The pop band "Xiao Hu Dui," or "The Litter Tigers," reunited for the 2010 edition of the CCTV Spring Festival Gala, making it one of the show's highlights that year. The band consists of Alec Su, Nicky Wu and Julian Chen, who all hail from the Chinese island of Taiwan. Their success in the '90s was instrumental in the widespread recognition and popularity of idol boy bands from the region. 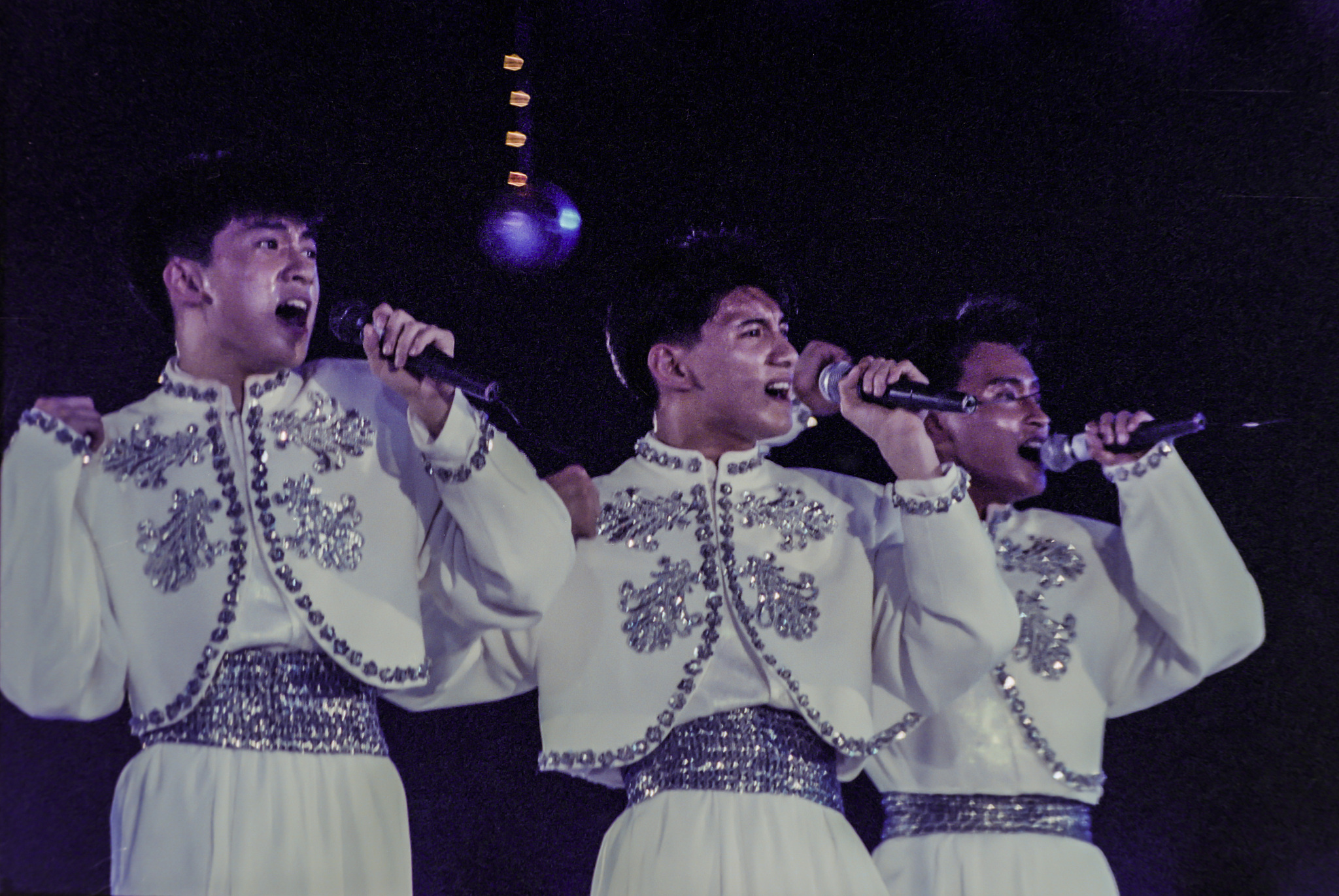 The trio performed a reprise of their classic hits "Love," "The Butterfly Flies" and "The Paradise of Green Apple" on stage.

"The Little Tigers" was created in 1988 in Taiwan and quickly gained popularity on the Chinese mainland. The band broke up in 1995 with its three members each pursuing his own projects. Their gala appearance on the Chinese New Year Eve in 2010 was their first onstage reunion, followed by another team-up in 2020 on The Treasured Voice, a Chinese singing competition.

The year of 2012 was the Year of the Dragon. It marked the 30th anniversary of the Spring Festival Gala, which first aired in 1983 – and the occasion was celebrated in style with a bit of technological boost.

Hundreds of large LED panels were incorporated into the set design, including on the floor, to create a three-dimensional effect for an immersive audience experience. 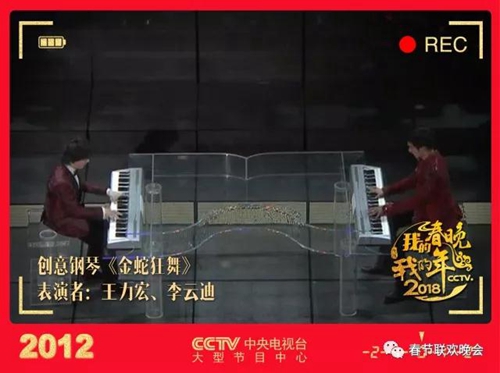 Close to half a billion people tuned in for the televised spectacle with the Guinness World Records counting 498.7 million unique viewers and crowning the 2012 version of the Spring Festival Gala as the "most watched national network TV broadcast" in the world.

In 2016, four sub-venues in China were set up for the Spring Festival Gala for the first time. Aside from the main stage in Beijing, the show was broadcast from Quanzhou City in southeast China's Fujian Province; Xi'an City in the northwestern province of Shaanxi, Guangzhou City in the southern province of Guangdong and Hulunbuir in the north China's Inner Mongolia Autonomous Region. 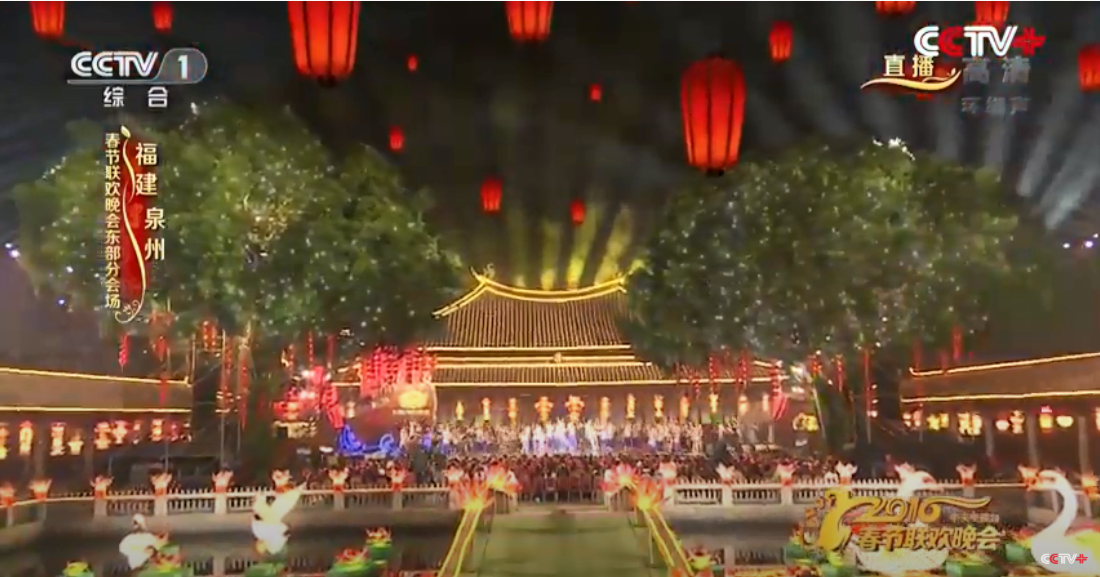 The Quanzhou sub-venue for the 2016 Spring Festival Gala. /CCTV

The Quanzhou sub-venue for the 2016 Spring Festival Gala. /CCTV

There was a precedent, although at a smaller scale. The 1996 gala included two sub-venues in Shanghai and Xi'an, the capital of northwest China's Shaanxi Province.

The 2018 CCTV Spring Festival Gala illustrated the development of homegrown AI technology with a 40-second performance that made history on live television.

Drones flew over the Hong Kong-Zhuhai-Macao Bridge (HZMB), forming the heart symbol and arranging themselves in the shape of a dolphin in the sky. Meanwhile in the water, 81 unmanned boats swept under the bridge. 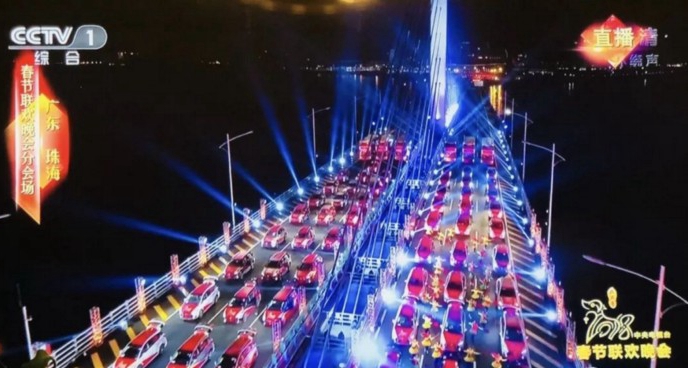 Unmanned vehicles on the Hong Kong-Zhuhai-Macao Bridge at the 2018 Spring Festival Gala. /CCTV

Unmanned vehicles on the Hong Kong-Zhuhai-Macao Bridge at the 2018 Spring Festival Gala. /CCTV

Stay tuned to CGTN for more details about the Spring Festival Gala to welcome the Year of the Ox.

Spring Festival Gala A to Z: Unforgettable moments during the '00s