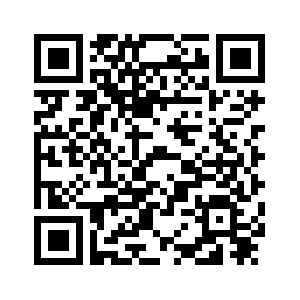 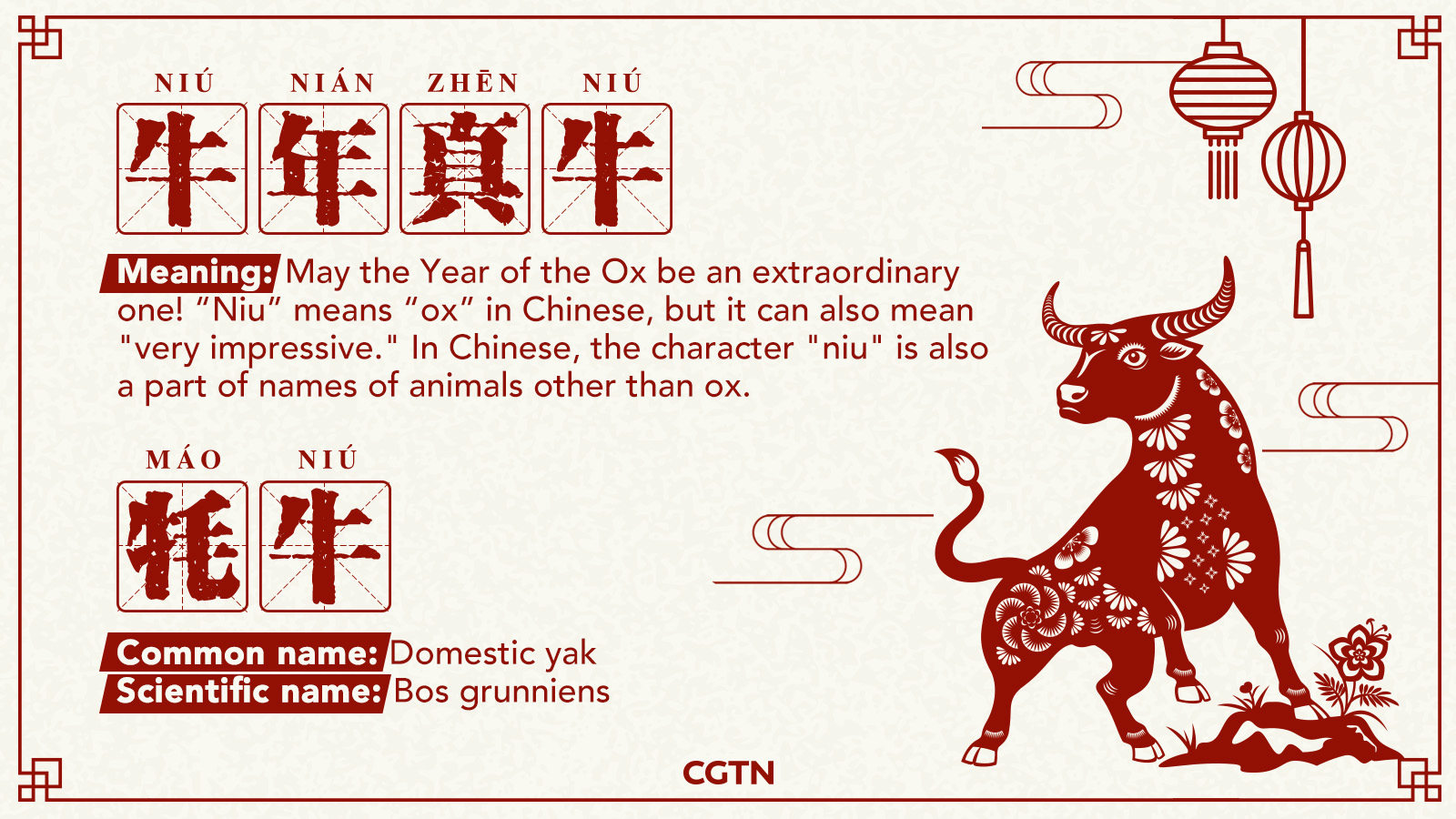 Hailed as "boats of the plateau," yaks are indispensable companions of herders living on the Qinghai-Tibet plateau. For over 2,000 years, they carry the home of herders and migrate with them to pastures with abundant water and grasses. Their milk and meat are also essential food resources for people living on the plateau. Thus, many Tibetans worship yaks and consider black yaks a symbol of sacredness, justice and power. Here are some interesting facts about this generous cattle native to the Himalayas. 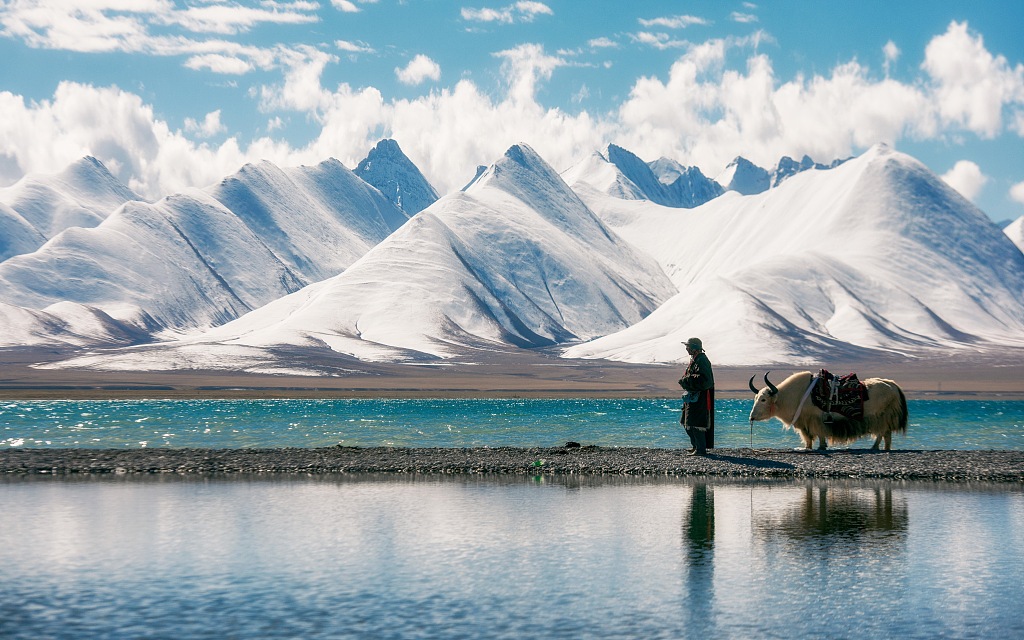 1. A wild yak can weigh up to the weight of a common car.

Wild yak, also known as Bos mutus, is generally considered the ancestor of the domestic yak, which is Bos grunniens. It is said that domestic yaks were domesticated from wild yaks about 7,000 years ago. Time created some big differences between the two. First is the size and weight. A male wild yak adult often stands about 1.6 to 2.2 meters at the shoulder and weighs between 305 and 1,200 kilograms, which is almost the weight of a common car. In comparison, a female wild yak is about one-third the weight of the male. Domestic yaks are even smaller and lighter. 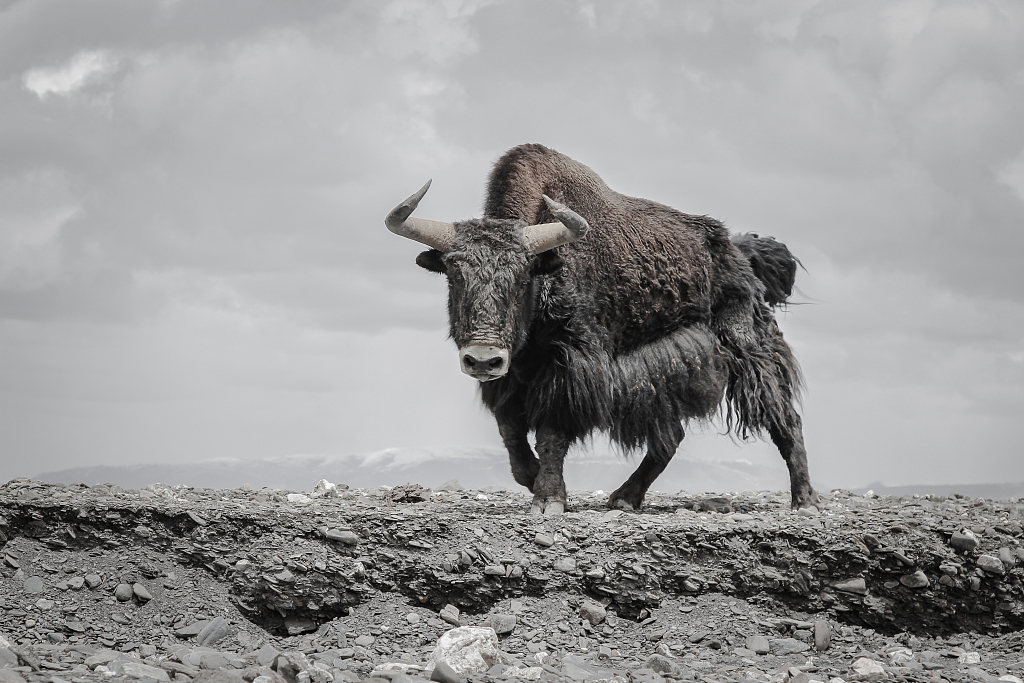 2. Over 90 percent of the world's yak population lives in China.

According to the Institute of Qinghai-Tibetan Plateau, there are over 14 million yaks living in the world, including both domestic and wild ones, and over 90 percent of yaks live in the Qinghai-Tibet plateau and nearby provinces and autonomous regions in China. Among them, Qinghai Province in northwest China has the largest yak population in China, which is about 4.9 million. The second is Tibet Autonomous Region, with a yak population of 3.9 million. Less than 10 percent of yaks are scattered in countries like India and Nepal. 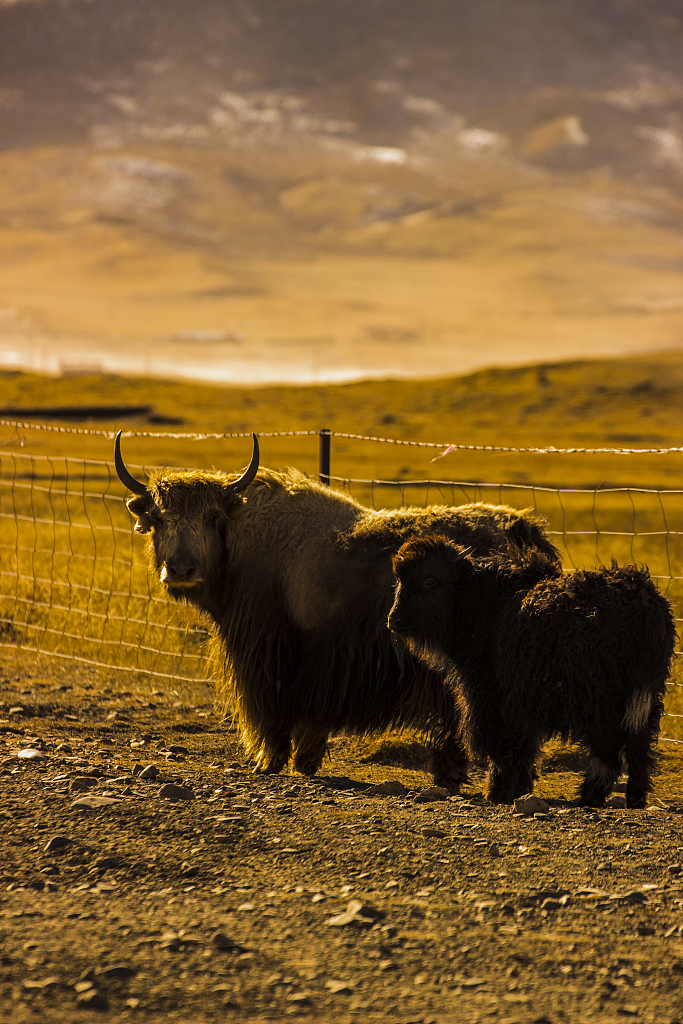 A yak with its calf in northwest China's Qinghai Province. /CFP

A yak with its calf in northwest China's Qinghai Province. /CFP

Yaks are one of the world's highest-dwelling mammals. They mostly inhabit the alpine meadow and desert steppe at the altitude of 3,000-5,000 meters. In summer, yaks might climb up to 6,000 meters above sea level to find food and rest. With three times the lung capacity of typical cows, yaks can easily get accustomed to the thin air and low oxygen density at high altitude. Now, they often carry goods and materials for people climbing Mount Qomolangma. 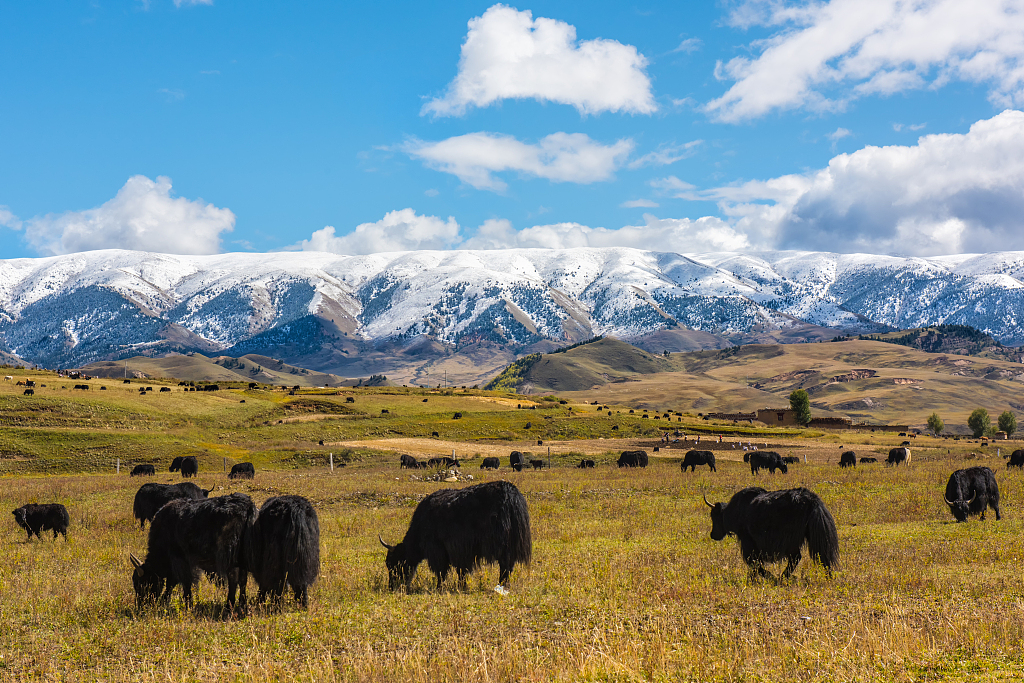 Yaks forage at the foot of snow mountain. /CFP

Yaks forage at the foot of snow mountain. /CFP

February 12 marks the beginning of the Year of the Ox. "Niu" means "ox" in Chinese, but it can also mean "very impressive." In Chinese, the character "niu" is also a part of names of animals other than ox. In this series, CGTN will tell you interesting facts about animals with "niu" in their names.