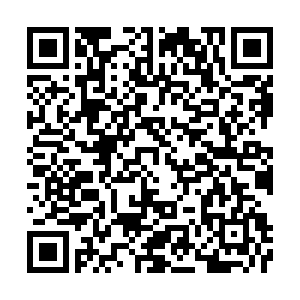 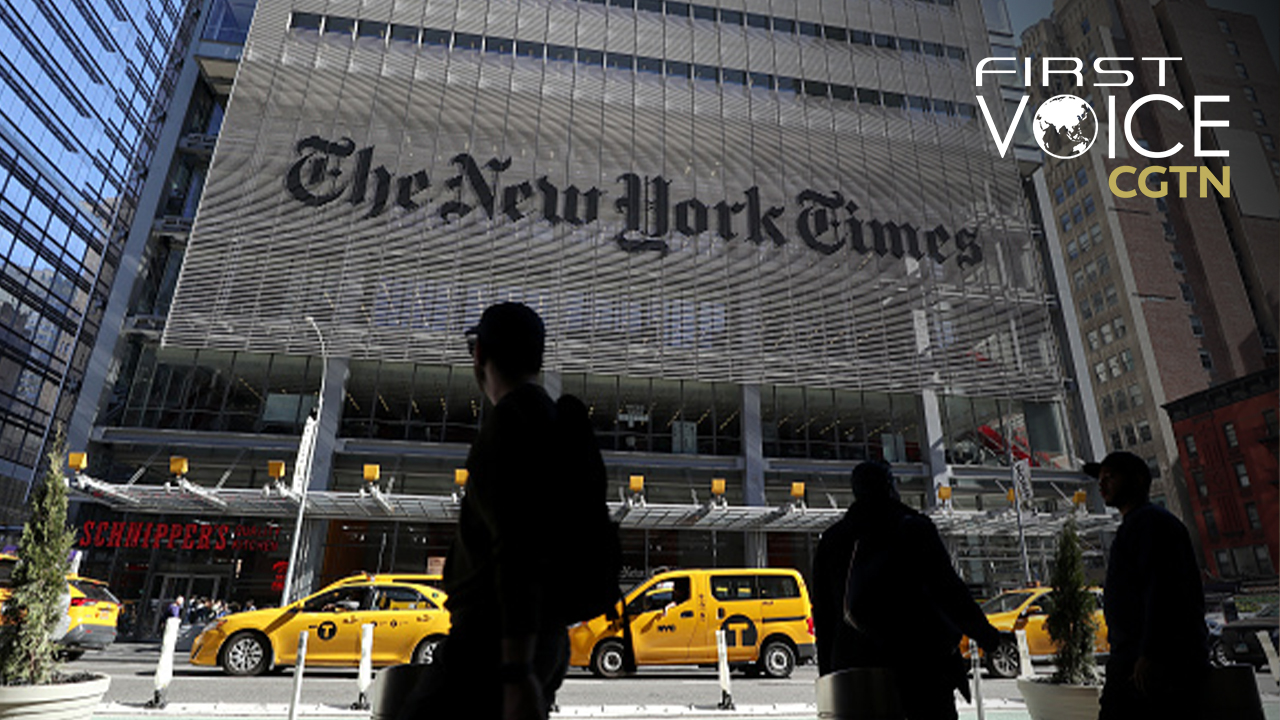 Following the World Health Organization's research into the origins of COVID-19 in Wuhan, the Western mainstream media has twisted and manipulated the findings. By questioning the authenticity of China's data and discrediting the mission, they hyped up the anti-China narrative in the international discourse.

In an article published in the New York Times on February 13, it claimed "On W.H.O. Trip, China Refused to Hand Over Important Data," attempting to pour doubt on the revelation that the virus did not in fact originate in the city or, perhaps more important to them, "extremely unlikely" to have been leaked from a lab in Wuhan. And where the media was attracted to, the politics followed. The Biden administration jumped on the bandwagon, accusing the WHO's findings of lacking transparency.

However, scientists from the organization have rejected the claims by the NYT as deliberately misleading. Peter Daszak, a member on the WHO-China joint research team, stated in a tweet: "This was NOT my experience on the WHO mission. As lead of animal/environment working group I found trust & openness with my China counterparts. We DID get access to critical new data throughout. We DID increase our understanding of likely spillover pathways." Another participating scientist, Thea K Fischer, accused the media of intentionally twisting the experts' quotes and "casting shadows over important scientific work."

The pattern is very much clear. The "Pompeo-lite" approach to China lives on within U.S.' media and political discourse. From beginning to end, Western media and politicians have repeatedly politicized COVD-19 and spread misinformation in a bid to advance geopolitical confrontation against China, as well as distracting the public from their own catastrophic mismanagement of the pandemic. 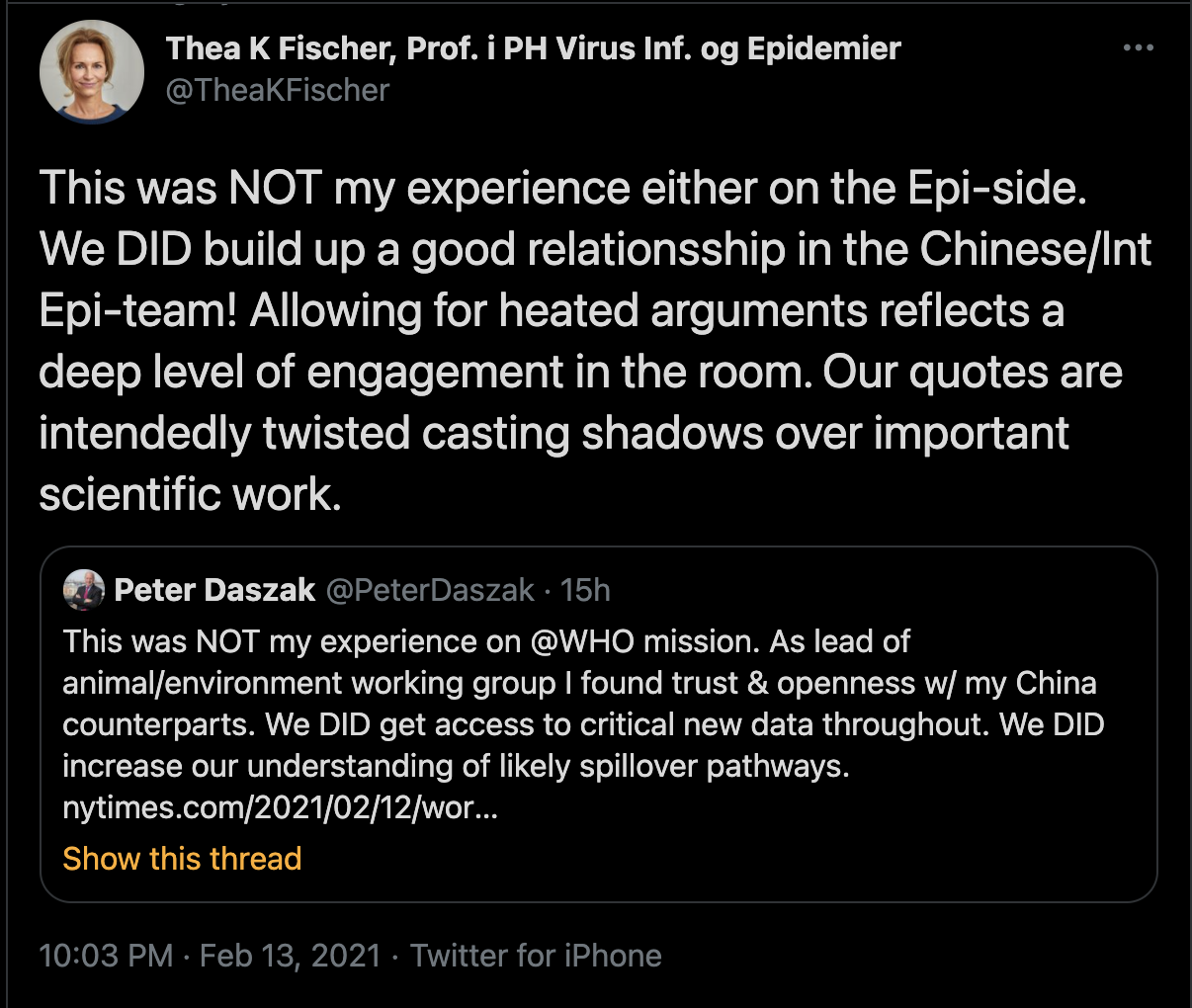 A screenshot of Thea K Fischer's tweet about NYT's coverage.

A screenshot of Thea K Fischer's tweet about NYT's coverage.

They have repeatedly accused Beijing of a "cover up," underplaying the true extent of the illness and were fast to dismiss any scientific information or findings that contravenes the "conventional wisdom" that China is responsible for the pandemic. The "post-truth politics," whereby emotion, identity and falsehoods take precedence over reason, truth and wisdom, has outlived the Trump presidency and permeated into the corners of U.S. politics and media strategy.

In conjunction with this preference for narrative, the World Health Organization has also been repeatedly discredited, demeaned and degraded by successive administrations in Washington D.C. and the press at large. The Biden administration sought to re-join the WHO, trying to claim a difference from Trump's approach. Yet in practice, can anyone actually say there is any real difference in what they are doing?

Politicization of the virus seems to remain the first and foremost priority. Biden's National Security Advisor Jake Sullivan said the WHO should be held to the highest standard. But by insinuating that the organization wasn't up to its job, the administration undermines global health cooperation. It is taking a unilateral approach towards it that put geopolitical grievances first, irrespective of the facts.

It seems that in no scenario or in no circumstances can Western elites truly come to terms with the reality that their deepest held prejudices and resentments over COVID-19 were in fact wrong. To do so would be to directly critique the West's own inflated sense of ideological supremacy. This ought to shine a light on just how truly bad faith and agenda-driven reporting and commentary on this issue has been. The Western public has been deceived and manipulated by the media and politicians for the past year. Their inability to take the disease seriously has caused hundreds of thousands of deaths and tanked their countries' economies despite there are proven effective ways to avoid both.

This must be understood: China has sought to approach the COVID-19 pandemic with transparency, openness, cooperation and science. And this is why China overcame the pandemic quickly while some are still suffering from it.