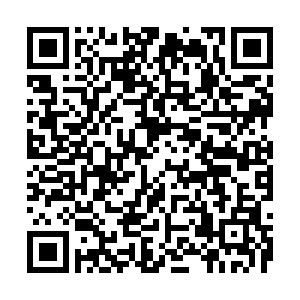 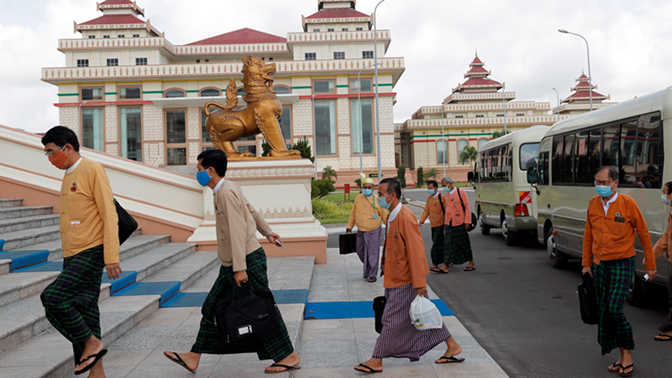 Lawmakers of the National League for Democracy party, June 1, 2020, /AP

Lawmakers of the National League for Democracy party, June 1, 2020, /AP

Chinese Ambassador to Myanmar Chen Hai said that all parties should avoid using violence in the current situation and the basic rights of people need to be protected as Myanmar citizens took to the street recently.

"The current development in Myanmar is absolutely not what China wants to see," Chen said as he took questions from Myanmar's media on Monday in response to the current situation.

"We hope that all things go well in Myanmar, rather than becoming unstable or even falling into chaos," said Chen.

The Myanmar military took control on February 1. After the military takeover, Myanmar State Counsellor Aung San Suu Kyi, 75, was detained and later charged with violating the import/export law for having walkie-talkies in her home.

For the country to get back on track, Chen said that it "requires the Myanmar military, political parties, and all sectors of society to keep in mind the fundamental and long-term interests of Myanmar."

The Chinese ambassador called on all Myanmar parties to "handle the current problem through dialogue and consultation properly."

"What Myanmar needs is reconciliation and unity, instead of confrontation and division, which, we believe, is the common wish of the Myanmar people," Chen said.

Chen noted that China has "noticed Myanmar's domestic dispute regarding the election for some time, but ... not informed in advance of the political change in Myanmar."

The ambassador added that the National League for Democracy, chaired by Suu Kyi, maintains good relations with China, committing to jointly promoting the China-Myanmar Economic Corridor (CMEC) and other practical cooperation with the Chinese side.

China has kept an eye on the situation of Suu Kyi and others, the ambassador said, while stressing that "China has been and will continue playing a constructive role to this end."

The Chinese ambassador also denied that China helped the Myanmar military, such as "Chinese aircraft transported technicians to Myanmar," or "China is helping Tamattaw building firewall."

"For the record, these are completely nonsense and even ridiculous accusations. These aircraft are normal cargo flights between China and Myanmar," Chen said. "They carry seafood and other exports from Myanmar to China."

"We hope such rumors will not recur," Chen added. "If so, it only proves to have manipulation and instigation by forces with ulterior motives behind the scenes."