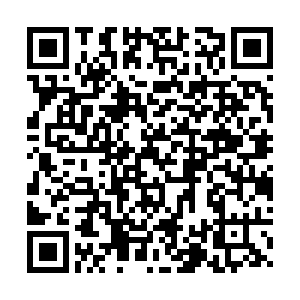 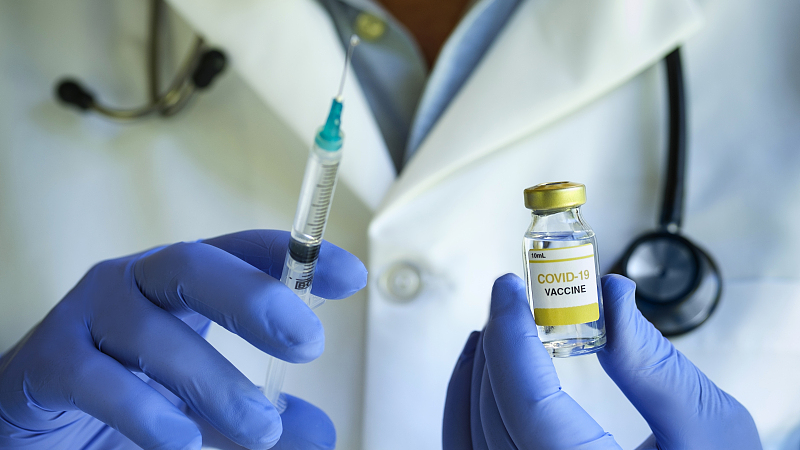 The UN Security Council will debate the problem of global coronavirus vaccine equity amid concerns of worsening 'vaccine divide' between rich and poor nations. /CPF

The UN Security Council will debate the problem of global coronavirus vaccine equity amid concerns of worsening 'vaccine divide' between rich and poor nations. /CPF

Mexico has decided to raise the issue of unequal access to COVID-19 vaccines at the UN Security Council amid concerns of a worsening "vaccine divide" between rich and poor nations, a matter that has been consistently highlighted by the World Health Organization (WHO).

Mexican Foreign Minister Marcelo Ebrard on Tuesday announced that his country would put on record the concerns about "inequality in access to vaccines" on behalf of all Latin American and Caribbean countries at the UN Security Council, where Mexico currently holds a non-permanent rotating seat.

"The countries that produce (vaccines) have very high vaccination rates, and Latin America and the Caribbean much less," Ebrard told reporters at a news conference, adding that the situation was "not fair."

The UN Security Council is scheduled to debate the problem of global coronavirus vaccine equity on Wednesday at the initiative of Britain.

Mexican President Andres Manuel Lopez Obrador said that his country wanted the UN to ensure that "there is no hoarding of vaccines, that there is a principle of equality so that all countries have the possibility of vaccinating their residents."

Obrador said Mexico is importing doses from Europe even though the U.S. is a nearer source, but the richer north American neighbor has decided to keep locally-produced vaccines for itself.

China, on the other hand, has pledged to make "COVID-19 vaccines a public good" in stark contrast to many high-income countries that represent only 16 percent of the global population but have secured at least 70 percent of COVID-19 vaccine doses available in 2021, according to a recent report.

The report, published last Friday by international medical journal The Lancet, said rich countries have secured 4.2 billion doses of COVID-19 vaccines, warning that their stockpiling of the vaccine doses would result in a shortfall in poorer and mid-income countries for years to come.

Highlighting the perils of the vaccine divide, the WHO had earlier warned that the failure to distribute doses fairly and equitably could cost the global economy trillions of dollars.

Vaccine outreach by China and India

Meanwhile, China and India have also stepped-up vaccine donations and deliveries to scores of developing nations in Asia, Africa, Latin America and the Caribbean.

China has so far provided COVID-19 vaccines to 13 developing countries including Pakistan, Brunei, Nepal, the Philippines, Myanmar, Cambodia, Laos, Sri Lanka, Mongolia and Palestine, according to details put out by China's Ministry of Foreign Affairs. 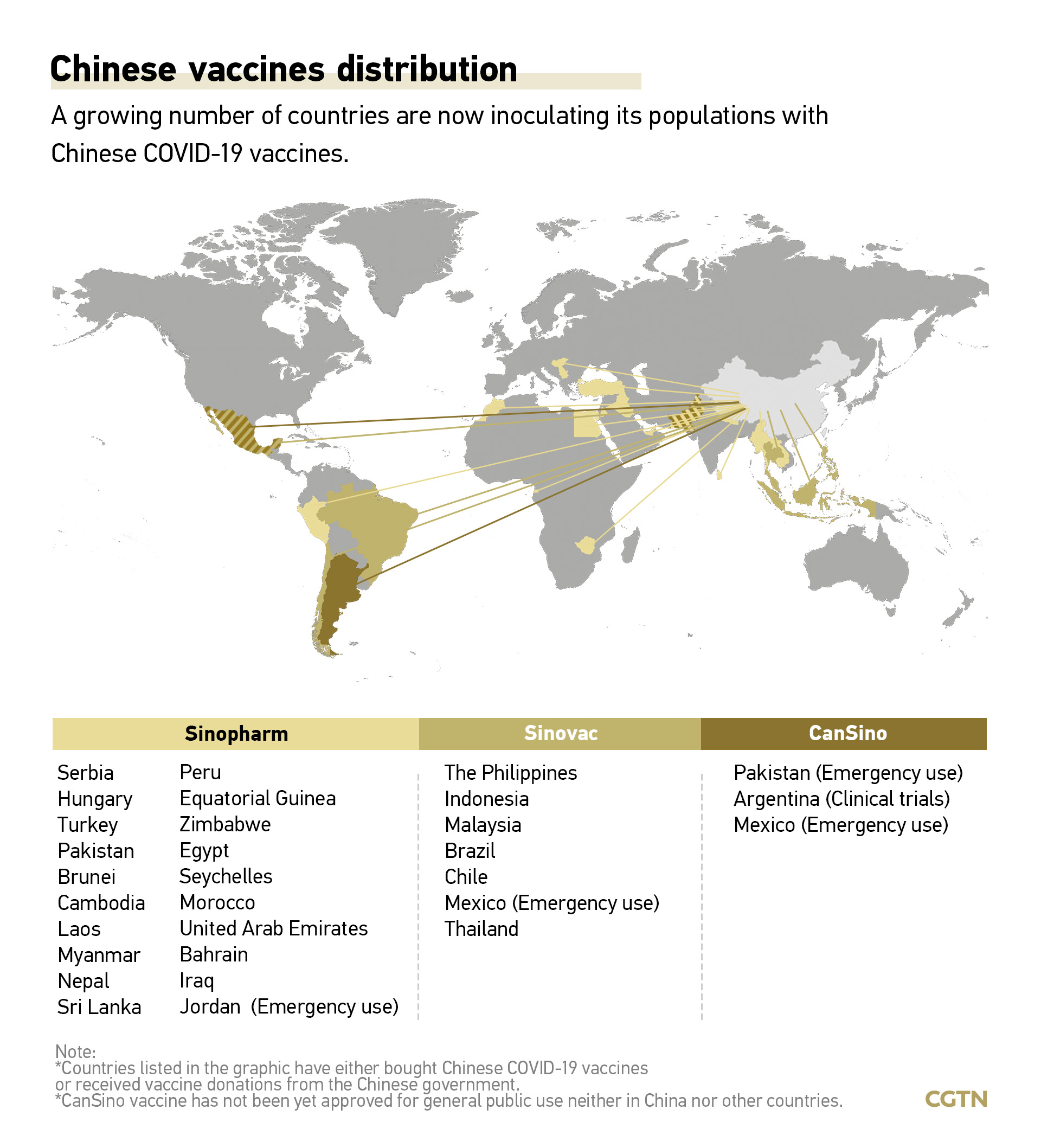 India has also started distributing millions of its domestically produced coronavirus vaccines for free to some of its neighbors and several countries around the world. The South Asian country has dispatched more than 15.6 million doses to 17 countries so far, according to a statement by India's Ministry of External Affairs.

China also backed a proposal by India and South Africa at the World Trade Organization (WTO) that sought an exemption for COVID-19 drugs and vaccines from patent protections to allow poor countries to immediately start producing their own versions of already approved vaccines.

The move received widespread support from other developing nations and the WHO but was firmly opposed by the U.S., EU, UK, Canada, Australia, Japan and Norway.

'Rich countries have a moral obligation'

Rich countries have a moral obligation to help poor countries get vaccines, stressed Dany Bahar, a senior fellow in the Global Economy and Development program at the Brookings Institution, in commentary published by his institution last Thursday. Bahar however also argued that catastrophic scenarios, while possible, could be highly unlikely.

"The concerns are real, and the task of vaccinating the poorest of the poor requires a massive global effort by rich and poor countries alike…. Instead, the rich countries have engaged in 'vaccine nationalism', paying for doses in short supply in quantities that more than cover their own populations," he remarked.

According to reports, Canada has already secured enough COVID-19 vaccine doses that could protect a population almost five times its size. The U.S. and Japan have gained priority access to roughly four vaccinations per capita, and the UK has ordered enough for about three vaccinations per head.

"When it comes to saving lives, leaving the distribution of vaccines purely to the market is absurd as no one is safe until all of us are safe," Bahar argued. 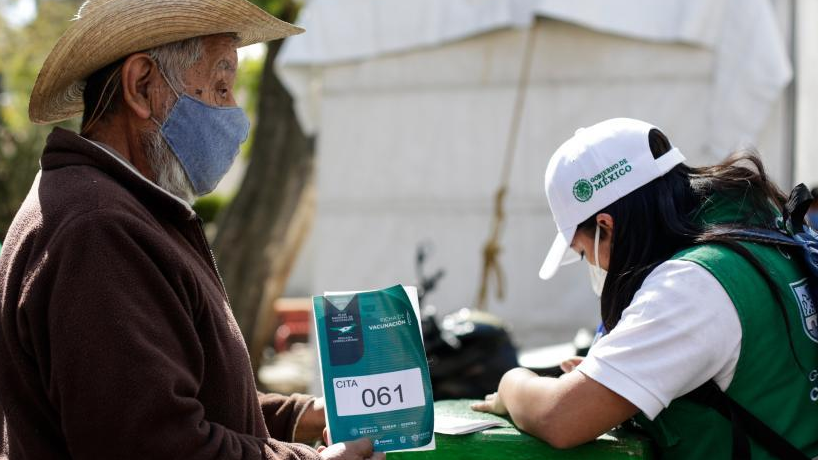 Beyond the moral argument, the Brookings fellow cited three compelling arguments on the possible consequences of leaving developing countries behind when it comes to vaccinations.

First – what by now has become a very real threat – the longer it takes to globally eradicate the virus, the more it will mutate, possibly reducing the effectiveness of the vaccines. "This is a very scary scenario, and to me the most important one," said Bahar.

Second, as long as the virus is here, trade flows and global supply chains will be severely disrupted. WHO Director-General Tedros Adhanom Ghebreyesus had earlier warned that "vaccine nationalism could cost the global economy up to $9.2 trillion, and almost half of that – $4.5 trillion – would be incurred in the wealthiest economies."

Third comes the important – though often less talked about – fact that prolonging the life of the virus might result in even more poverty, destabilizing even more the already fragile livelihoods of millions of poor people in developing countries, Bahar pointed out.

While conceding that all these doomsday scenarios are possible, Bahar also optimistically predicted that these may not eventually occur, partly due to the reality that developing countries know how to deal with infectious diseases better than populations in rich countries that, for the most part, had never faced a health crisis of this magnitude before.

"While we must get this pandemic behind us sooner rather than later, it seems that the world has learned to thrive, albeit imperfectly and with a lot of loss and grieving. Most, though not all, of the uncertainty that highly affected markets early in the pandemic has dissipated. And thus, doomsday scenarios seem unlikely," he said.

Bahar reiterated the moral argument – to save lives and quickly reverse negative trends – as the key reason that must drive rich nations along with multilateral agencies such as the World Bank and regional development banks to assist developing nations with easy and affordable access to vaccines.

"It is obvious that until the virus is globally eradicated, the economic well-being of the poorest will be fragile and safety precautions will be needed for a while. But there are reasons to be optimistic, and a doomsday scenario is, probably, behind us," he concluded.