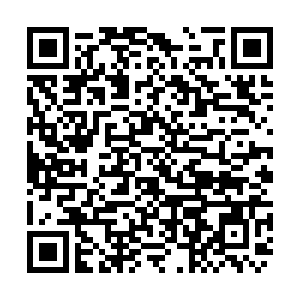 People walk along Chu River and Han Street, a shopping district in Wuhan, China, during the Spring Festival, February 16, 2021. /CFP

People walk along Chu River and Han Street, a shopping district in Wuhan, China, during the Spring Festival, February 16, 2021. /CFP

China's economy continued to gather steam during the Spring Festival period despite millions of people staying put for the weeklong holiday starting on February 11, which usually sees mass migration across the country.

The following are data highlights from the holiday:

The sales revenue of China's catering sector during the holiday was 5.4 percent higher than it was during the Spring Festival in 2019, indicating that the sector is returning to pre-COVID-19 levels.

The sales revenue of the sector during the February 11 to 17 period soared 358.4 percent from the Spring Festival holiday in 2020, which was hit by the country's rapid and massive response to COVID-19, according to value-added tax data released by the State Taxation Administration.

China saw its box office for this year's Spring Festival period hit a record high with a whopping 7.8 billion yuan in revenues over the past week, according to box office tracker platform Lighthouse.

Data also showed that nearly 160 million movie tickets, including in the pre-sale period, were sold during the weeklong holiday, a usually busy period for Chinese cinemas – the highest in China's film history.

China's major coastal ports were busy during the holiday amid the strong recovery of the Chinese economy, with the container throughput of major hub ports growing rapidly, according to the latest data from the China Ports and Harbours Association.

The volume of freight carried on China's railways over the weeklong holiday hit a record high for the period as economic activity steadily recovers.

Railways transported 72.99 million tonnes of cargo during the holiday, up 23.7 percent year on year, according to data from the China State Railway Group.

The railway sector served approximately 23.33 million passenger trips during the period, 60.8 percent lower than 2019's level but up 3 percent from the Spring Festival in 2020.

Meanwhile, the sector served 3.57 million passengers during the period, representing a 45.16 percent and 71.64 percent year-on-year plunge compared with the volumes in the corresponding period in 2020 and 2019, respectively.