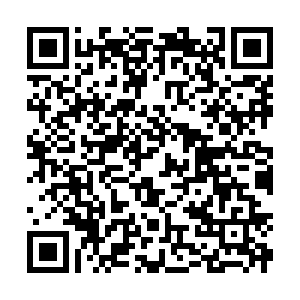 China and the United States need to have an accurate understanding of each other's strategic intentions, Chinese Ambassador to the United States Cui Tiankai said on Monday, stressing that it is high time to recalibrate the direction of the China-U.S. relationship.

The Chinese ambassador underscored three points in regard to the bilateral ties, urging the two sides to understand each other's strategic intentions, respect each other's history, culture and development path, and have candid communication so as to properly manage differences and focus on cooperation, Cui said at Lanting Forum on China-U.S. relations held in Beijing via video link.

Noting that ideological prejudice serves as a barrier in China-U.S. relations, Cui pointed out that some U.S. politicians need to abandon their antiquated mindset of zero-sum game and obsession with the Thucydides' trap while replace them with a correct strategic perception.

"It is time for them to ditch the habit of playing dumb and stop putting domestic political strife and even their selfish interests above the lofty cause of peaceful coexistence between China and the U.S. and of common development of the whole world," Cui said.

He then continued with his second point, which called for the two countries to understand and respect each other's history, culture, and development path.

According to Cui, China, as an ancient civilization, has a deep-rooted belief in "harmony" and its tradition of establishing both oneself and others.

This year marks the centenary of the Communist Party of China, Cui said knowing about these 100 years is essential to know about China's past, present and future.

The ambassador mentioned the idea of "all men are created equal" when speaking of the founding values of the U.S., meanwhile, he also pointed out that some Americans are inclined to "use their own definition of 'democracy' and other values to draw the line, and label other countries according to their own preference and standards."

"It is hoped that America will have a correct mindset, live up to the principle that all countries 'are created equal,' and learn to peacefully coexist with those who have a different history, culture, development path and system," added Cui.

Cui proposed that any problems between China and the U.S. can be put on the table while stressing that the nature of the problems must be identified with a clear policy boundaries marked and red line set.

He reiterated China's stance on matters concerning China's sovereignty and territorial integrity, such as Taiwan, Hong Kong, Xinjiang and Tibet, reaffirming that China will never back down on those issues and the red line must be followed.

The Chinese ambassador called on the two sides to properly manage differences in a constructive manner and to avoid confrontation under the principle of mutual respect on each other's core interests.