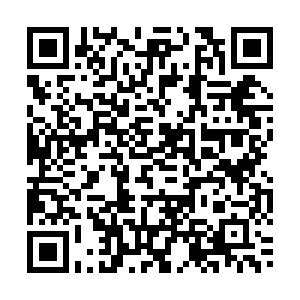 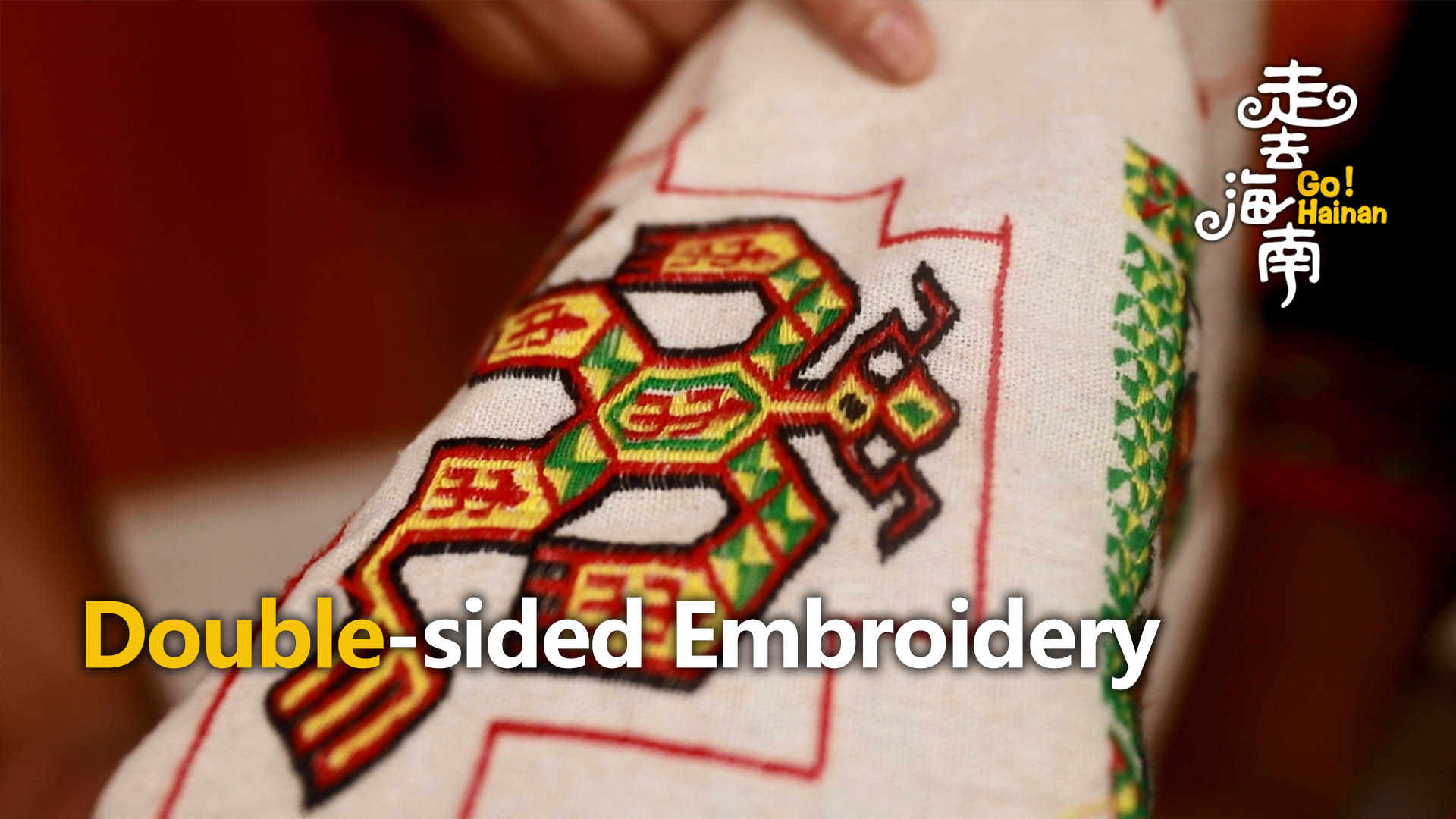 The double-sided embroidery, a branch of the traditional brocade techniques of the Li ethnic group in south China's Hainan Province, used to be a specialty of Li women from Baisha Li Autonomous County. Today, the inheritance of the cultural legacy has played a part in lifting the local women out of poverty.

With a history of some 3,000 years, the double-sided embroidery features the exact same patterns on the front and back sides, hence the name. It has a rich collection of over 100 patterns that reflect their primitive worships of nature, ancestors and totems. Popular ones include frog, dragon, fish, bird, as well as "Da Li Shen" – a totem that the ethnic group refers to as the god of creation from their myths. 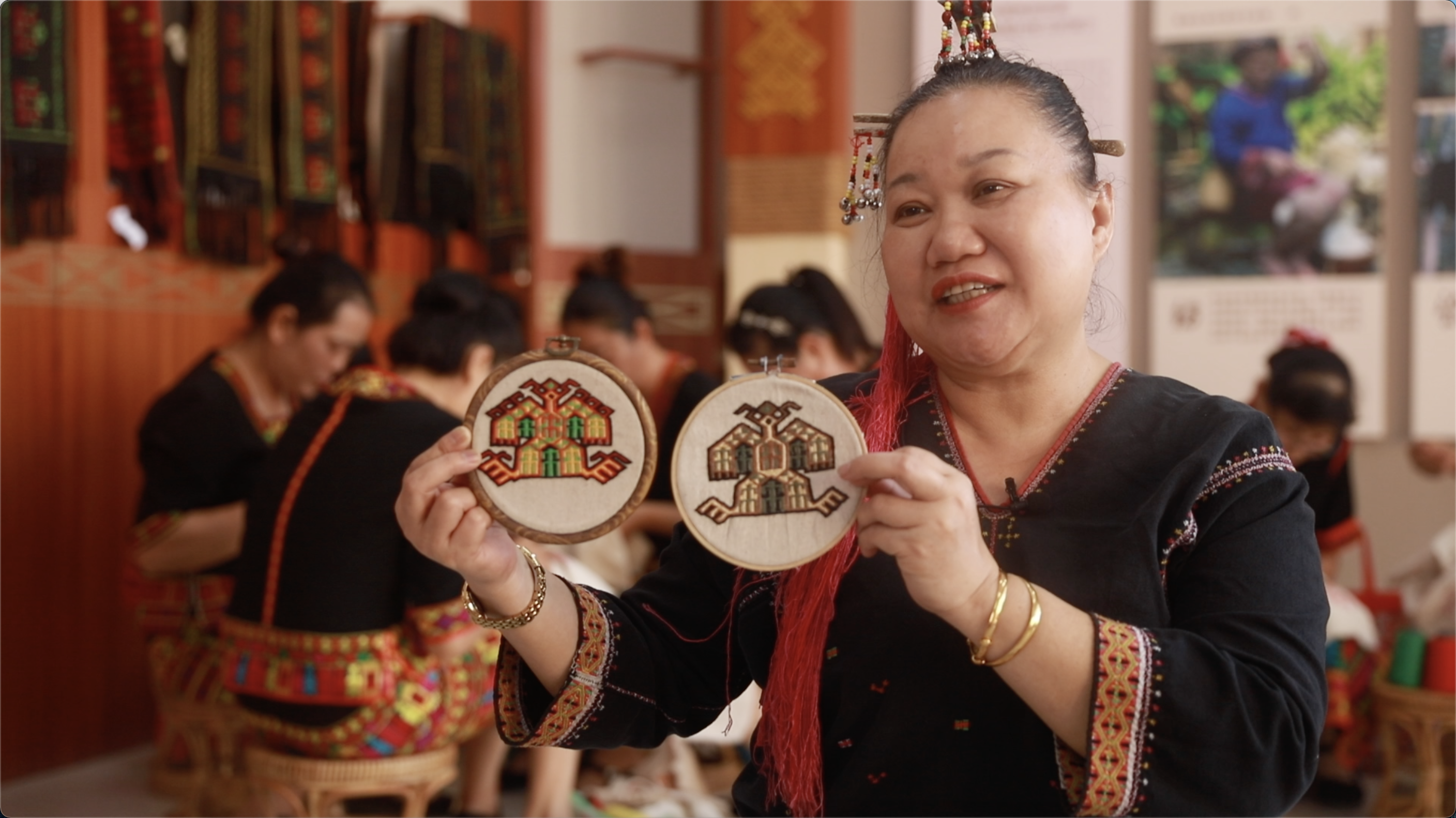 Fu Xiuying presents two works featuring the popular totem "Da Li Shen." The left one is dyed with industrial dyes and the other with natural dyes. /CGTN

Fu Xiuying presents two works featuring the popular totem "Da Li Shen." The left one is dyed with industrial dyes and the other with natural dyes. /CGTN

Fu Xiuying, a 56-year-old Li woman, is a representative inheritor of the Li Brocade. She is among the few who master the four traditional Li textile techniques of spinning, dyeing, weaving and embroidering in the province. Born in Baisha, she's best known for her works of double-sided embroidery.

With the local government's support, she has been teaching local women the skills of double-sided embroidery over the past years to save and protect the intangible cultural heritage that faced the risk of extinction. And the inheritance, in turn, has opened a door for local women to make some extra money.

The embroidery works created by the local women are then sold online, and some are even presented at the cultural fairs held in other counties and cities to promote the cultural legacy. Those who had no income source in the past can now make additional 500-800 yuan ($77-124) per month on average, Fu told CGTN. 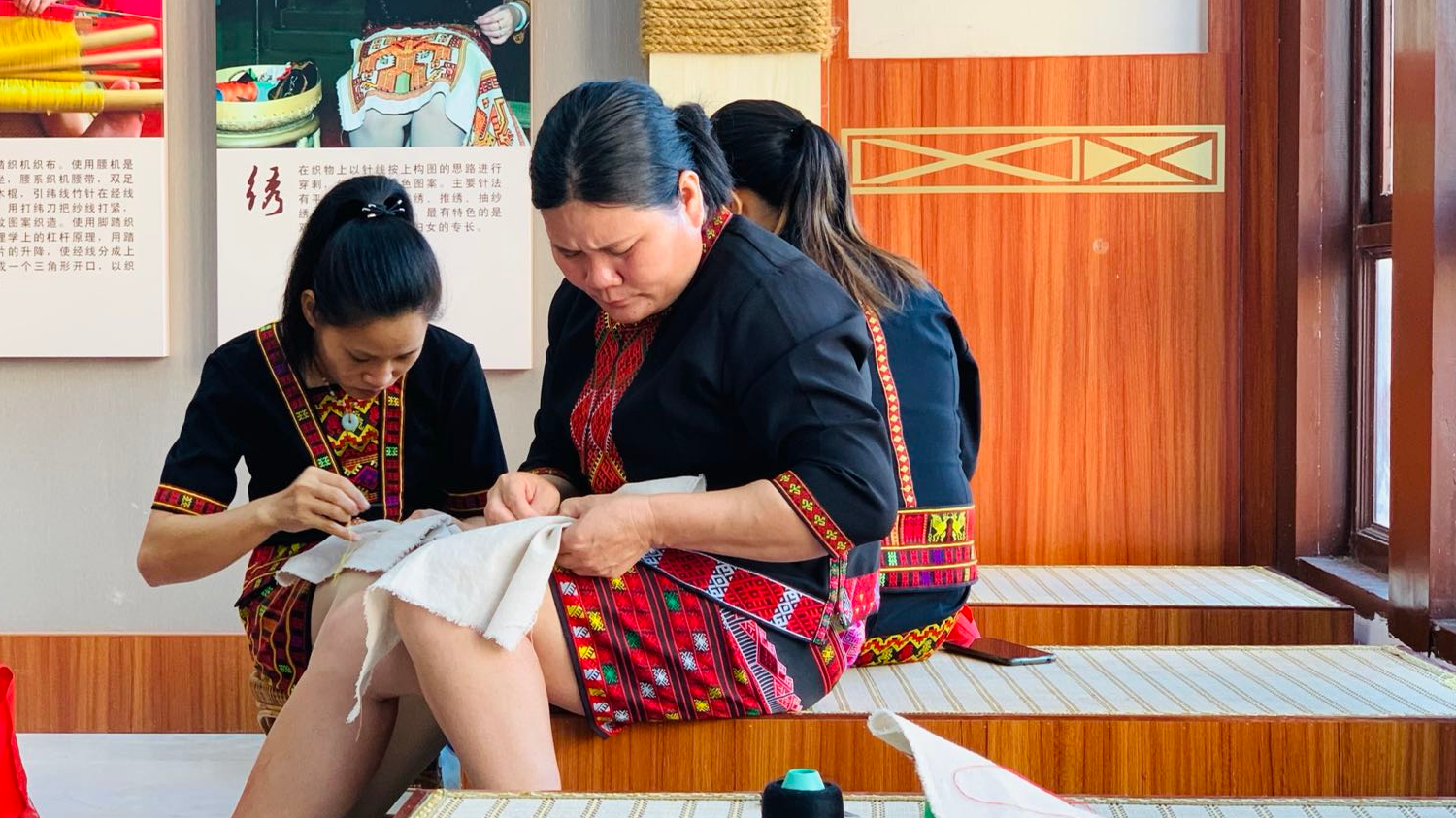 Since 2010, Fu has taught thousands of laid-off workers and women from rural areas across Hainan Province the embroidery skills, and many of them were able to get rid of poverty through needlework.

Her daughter is another inheritor of the Li Brocade in the county, and her five-year-old granddaughter has also started learning this cultural heritage, Fu said.