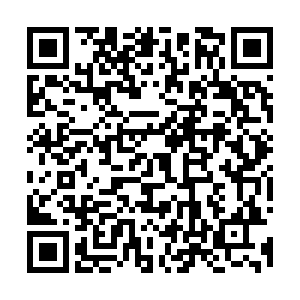 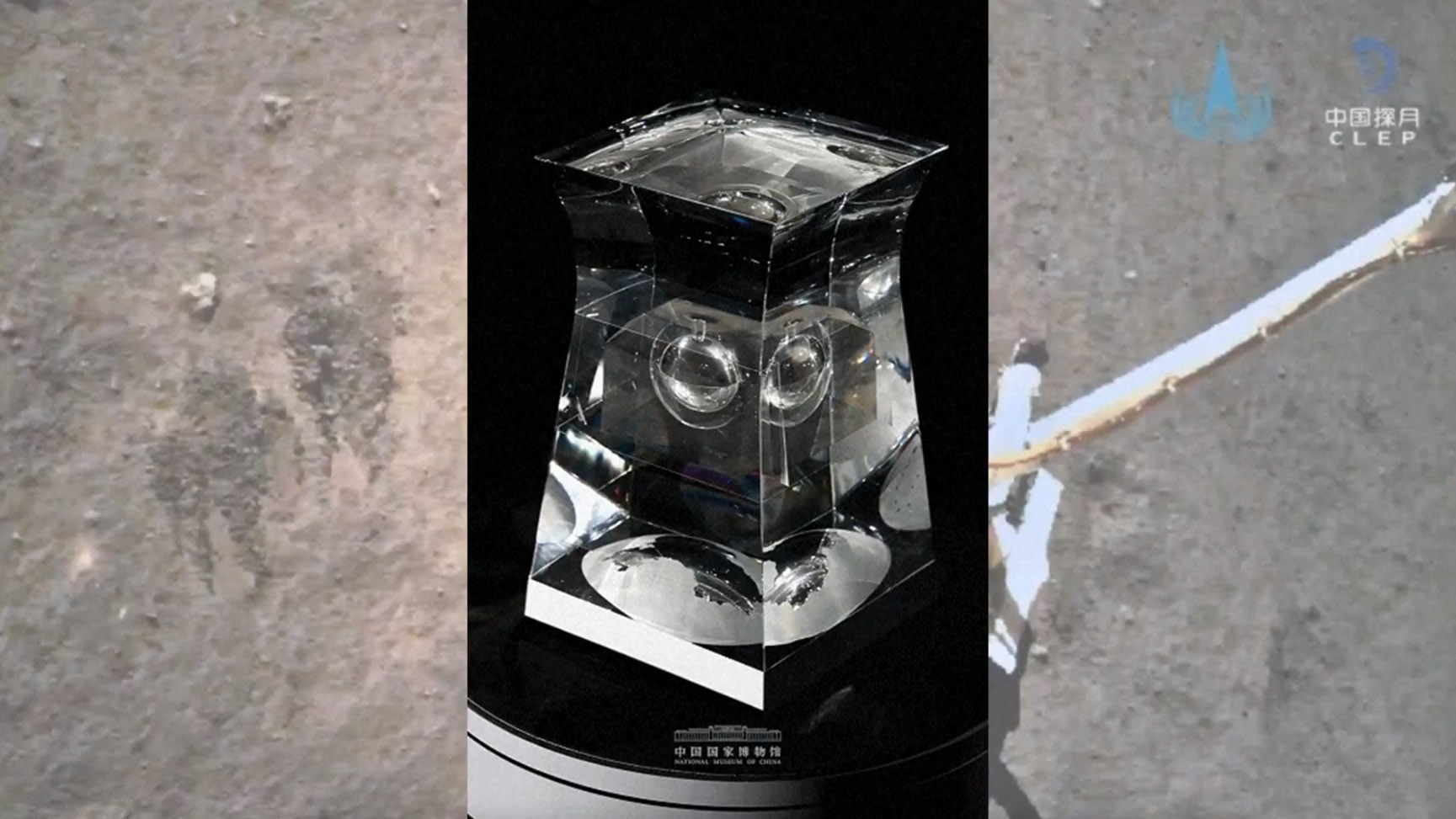 A hundred grams of lunar soil collected by China's Chang'e-5 lunar lander in 2020 made its public debut at the opening ceremony in the National Museum of China in Beijing on Saturday.

The lunar soil looks like fine cement, a combination of rubble, bedrock dust, and vitreous particles with each particle about 100 micrometers in size.

Read more: Know the lunar soil before you go see it with your own eyes

The sample is encased in a glass vessel designed after an ancient ritual container, measuring 38.44 centimeters, a nod to the average distance between the Earth and the Moon, 384,400 kilometers. The container is 22.89 centimeters in width, symbolizing the time it took for Chang'e-5 to land in the Moon, 22.89 days.

The inside shows the Earth and the map of China and features a hollow sphere representing the Moon, where the soil sample is being preserved.

The design of the transparent container mimics the shape of the ancient Chinese wine container made of bronze called Zhun. It is an elongated vase with a flared lip used to hold wine during ceremonies and rituals in ancient China. The shape represents the high regard the museum has for the unique treasure.