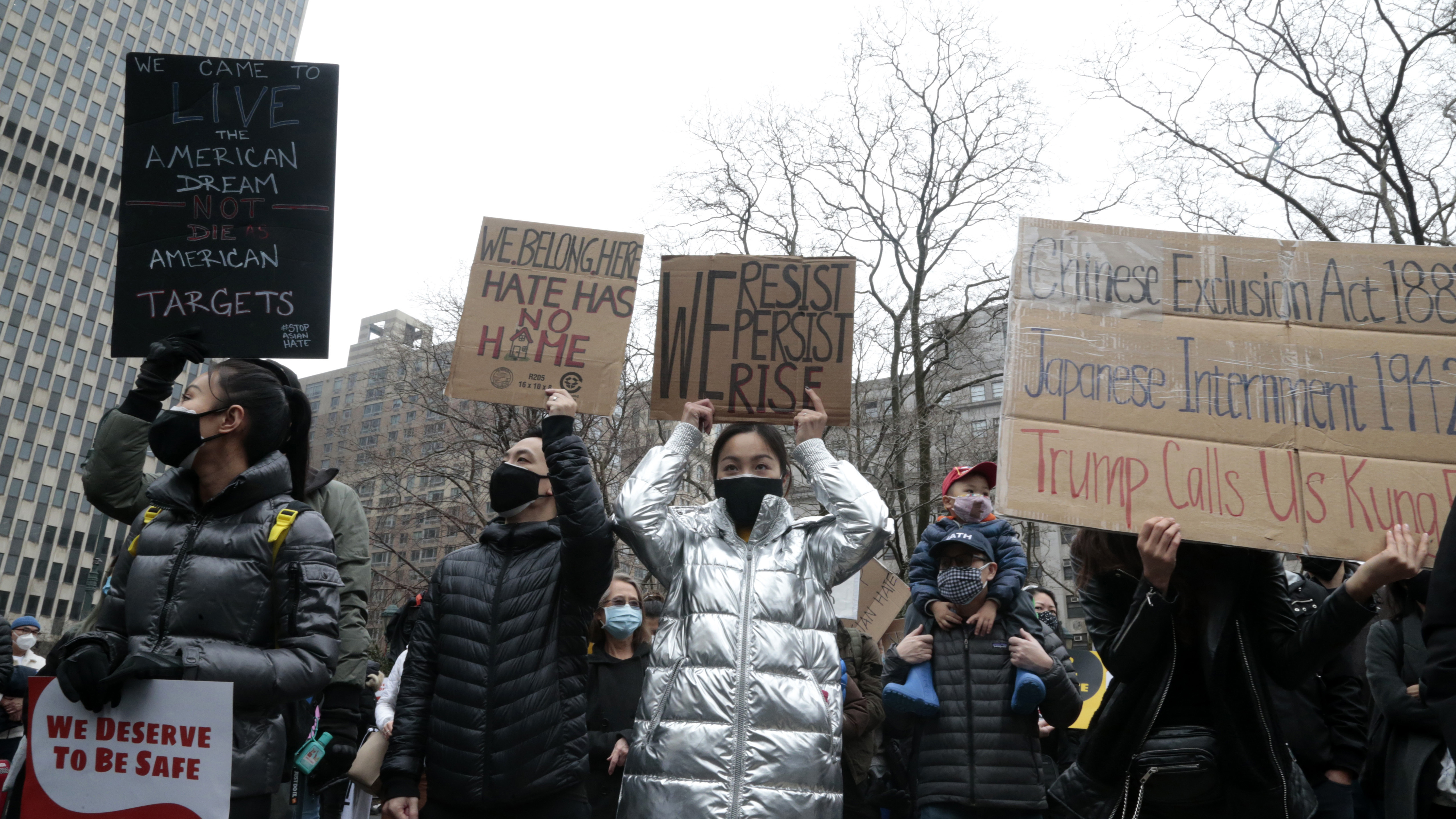 A crowd gathered in New York City on Saturday to denounce an uptick in attacks on people of Asian descent in the city and across the United States.

Hundreds of people rallied at Foley Square in lower Manhattan, not far from where an Asian man was critically injured Thursday in what police said was an unprovoked stabbing by another man who was charged with attempted murder.

"It's really been terrifying for our community," said Jo-Ann Yoo, executive director of the Asian American Federation, a New York-based advocacy group. "What is happening is not right."

"We will not accept hatred in New York City," de Blasio said. "Stop Asian hate. This is the message we have to get out, not just in New York City but all over this country."

Jeremy Lin, a Chinese American player of the Santa Cruz Warriors, said Saturday he won't be "naming or shaming anyone" amid reports the NBA's G League is investigating his claim he was called "coronavirus" during a game.

He revealed that he's dealt with racially-charged insults while competing in the NBA G League this year.

"Being a 9 year NBA veteran doesn't protect me from being called 'coronavirus' on the court," he wrote in a Facebook post.

A spike in verbal and physical attacks against Asian Americans has been reported amid the COVID-19 pandemic. Stop AAPI Hate, launched by two advocacy groups to encourage Asian Americans to report such incidents, has documented more than 3,000 attacks to date.

An official from the Civil Rights division of the Department of Justice said on Friday it would investigate a rising wave of hate crimes in the U.S, as Asian Americans have experienced a growing number of racially motivated attacks.

An official from the Civil Rights division of the department said the office is working with the federal prosecutors and local police to "evaluate possible hate crimes."