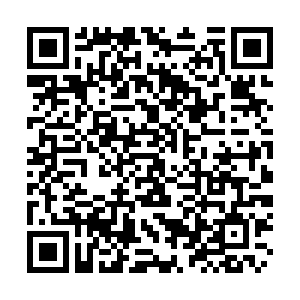 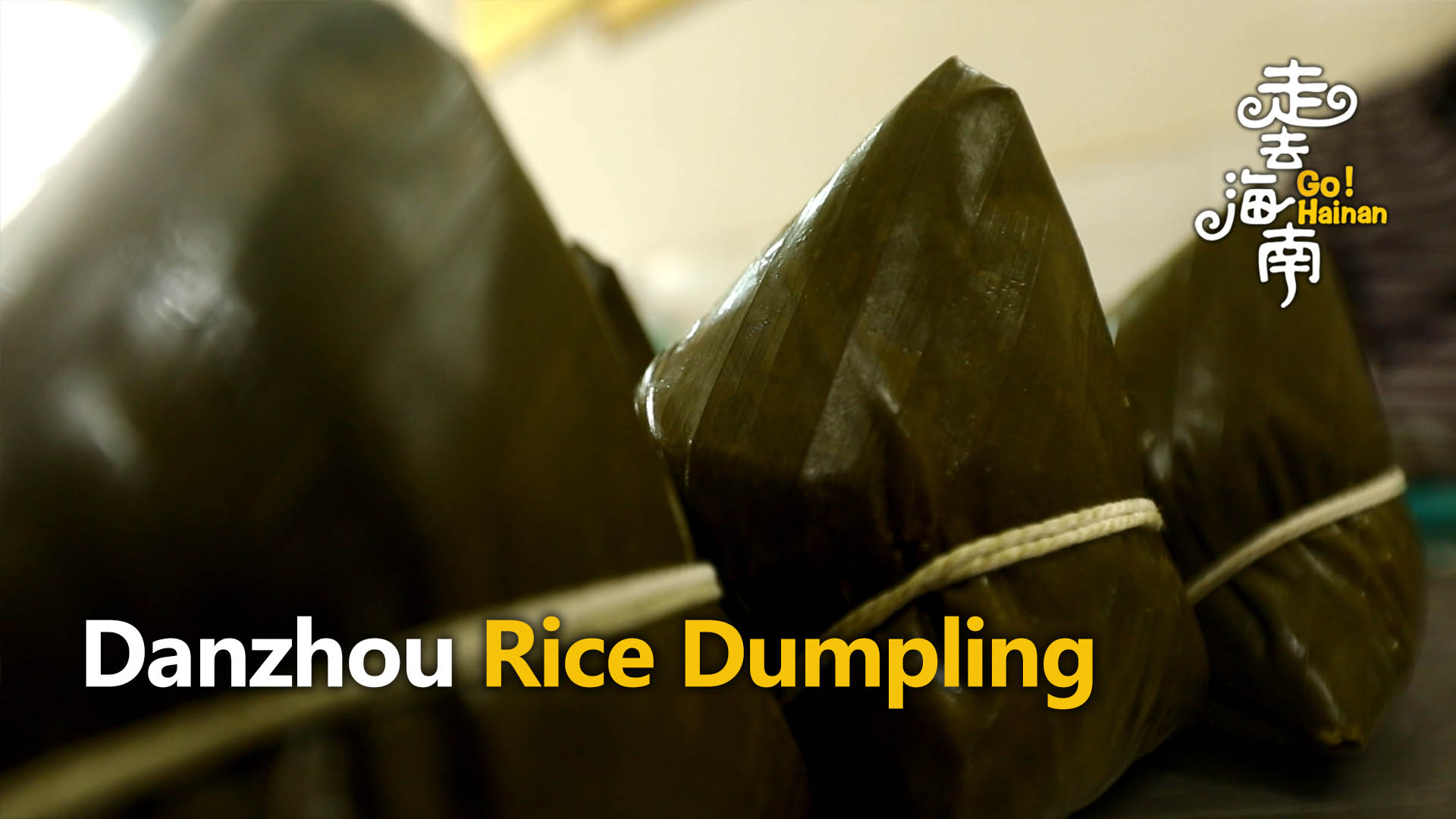 Dishes made of rice or glutinous rice are commonly seen in the tropical province of Hainan in southern China. In the city of Danzhou, there is a fist-sized rice dumpling, or "zongzi" in Chinese, named after the city that enjoys popularity among locals and tourists.

From the leaves to the fillings, local people are quite particular about the ingredients. All of the main ingredients are locally produced, including high-quality glutinous rice grown in the volcanic fields, black pork, eggs of a local duck breed named "Paohai Duck" and large leaves picked from the mountains.

First, the glutinous rice is washed, soaked and drained before adding some salt and cooking wine. A handful of rice is placed on the clean leaves together with seasoned pork belly and salty egg yolk. Then the leaves are wrapped in the shape of a pyramid. Finally, make sure the rice dumplings are properly tied and ready for cooking.

When peeling off the leaves of a cooked dumpling, the sticky rice has a slightly green color dyed from the leaves, and that's what makes Danzhou rice dumplings distinctive from others. Also, one dumpling weighs some 250 grams without the leaves – big enough to fill one's stomach.

Nowadays, it's more than just a treat for the Dragon Boat Festival, which falls on the fifth day of the fifth lunar month, it has become a specialty to savor all year round.

Delicacies not to miss in Hainan: Danzhou rice noodles