Download
From the Soil: Zhuxi－Country Road, Take Me Home
In the Field 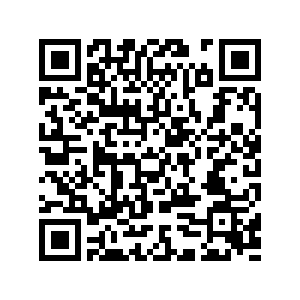 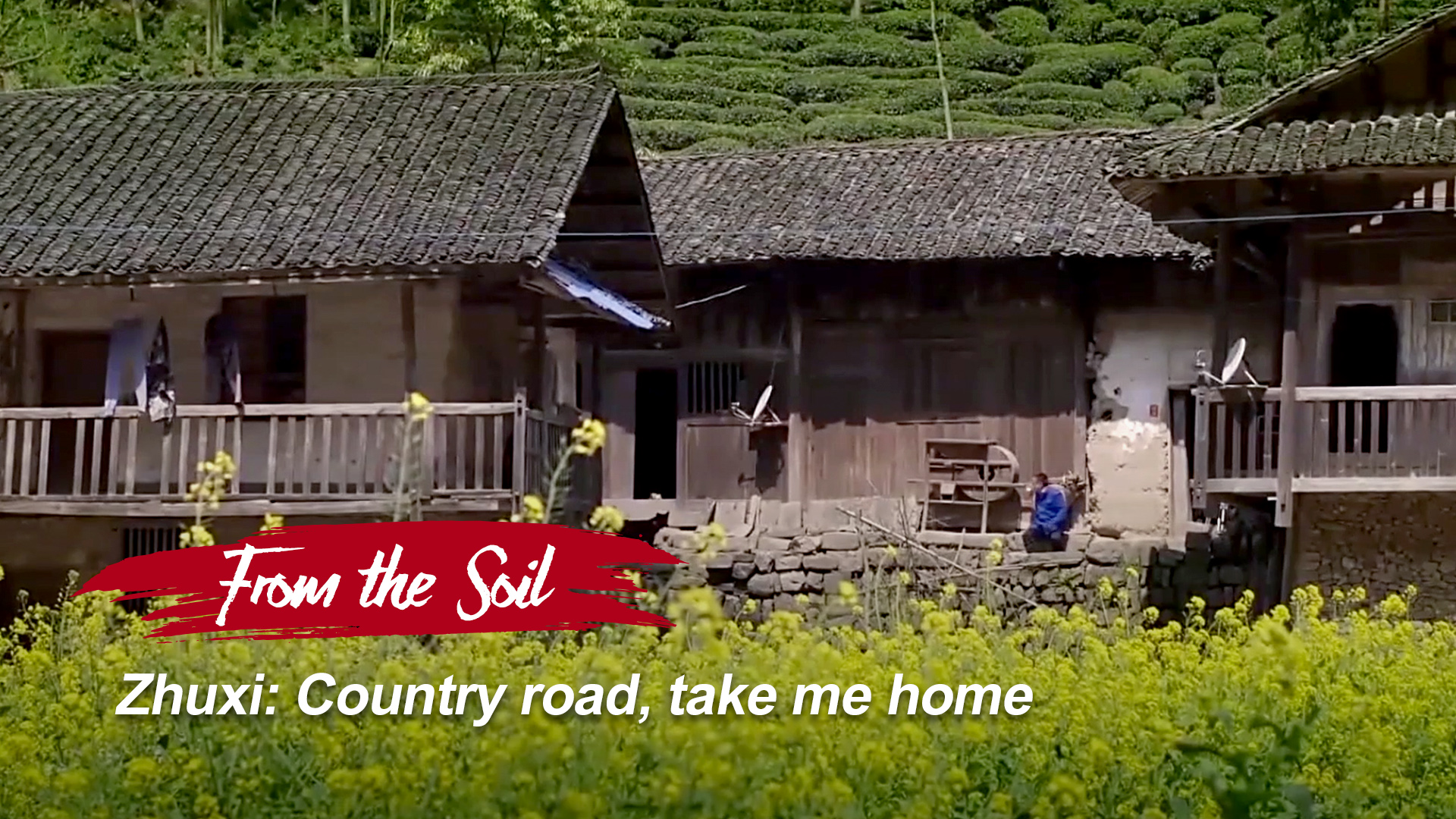 Editor's note: In the video series "From the Soil," CGTN has invited development experts to visit China's rural regions to investigate the methods used to reduce poverty and examine whether they can inform global poverty alleviation work. In the 12th episode, Tom Wolters, a United Nations consultant, steps on a country road to witness how an empty village like Zhuxi in China's Hubei Province can bring young people back with more vitality. The views expressed in the video are his own and not necessarily those of CGTN.

We are here in the extremely poor area, one of the poorest in the country. The villagers had to make a living on almost barren lands. The young generation they couldn’t make money, they went to the city. But things changed over time. Let's see how it is today.

In the past, Zhuxi, hidden in the mountains of Hubei Province, had no supporting industry to drive it. Villagers could not save money. They could not maintain the traditions hid down by their ancestors. It became an empty village geographically, culturally and psychologically in a county in deep poverty. I want to see how the poverty reduction efforts are going. Can they bring back the villagers who have migrated and inspire them to stay?

The buildings, erected with local rammed earth technique as well as the special natural scenery in the mountains, are being utilized to create a rammed earth environment that is attracting visitors. And enticing migrants from Zhuxi to return. It's an interesting idea utilizing the power of the soil.

"It's empty villages like this is we're going to upgrade and bring it back to our life. People come back with new activities and new concepts. The most important thing is to bring back the infrastructure to suit our life conditions for today," said the designer of the buildings. 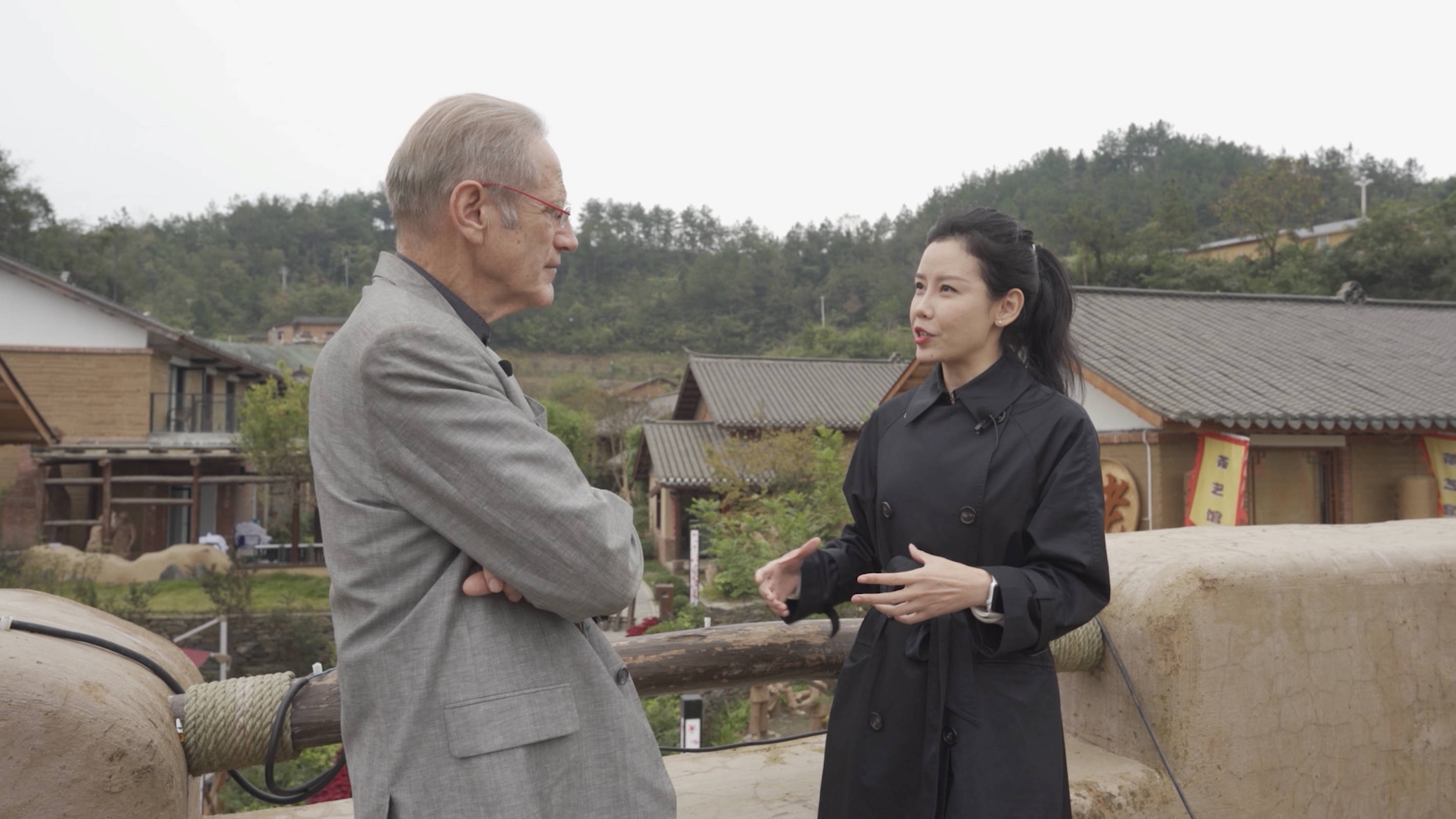 This restaurant offers Ms. Li a job on her doorstep. In the past, working in the village did not pay much. The children were hungry, so she had to go out for work, but it was too far away. When her father was sick, all she could do was to send money home.

I know there are many more people like her. Today, the town has provided 130 public welfare jobs and helped 450 villagers to get new jobs. This can bring in 150 million yuan (about $23 million) a year to the local economy. More than 5,000 poor villagers in six villages have got rich as a result.

"I can't help thinking about my children when I work outside. And then I think about going home and being about to take the children and earn some money on my own. Now I’m very happy with my children every day," said one of the villagers.

The evidence is clear that in developing villages, the use of rammed earth can promote employment and increase income. It's an effective tool.

"Through tourism, agriculture and industry, our village has achieved prosperity. In a few years, villagers can earn an income right here instead of having to leave in search of work," the head of the village said proudly.

On the other hand, this Rammed Earth World brings the local traditional culture back to life. The display of the cultural heritage fits the needs of the tourist town. Its reputation has gone out, so the money keeps flowing in. At the same time, the local cultural inheritors also have the confidence to stay.

Unlike other local opera, I can see many young performers in this troupe. They play 100-year-old instruments with great skill. The director of the troupe has recruited these performers to come back to the village by offering them attractive employment security. 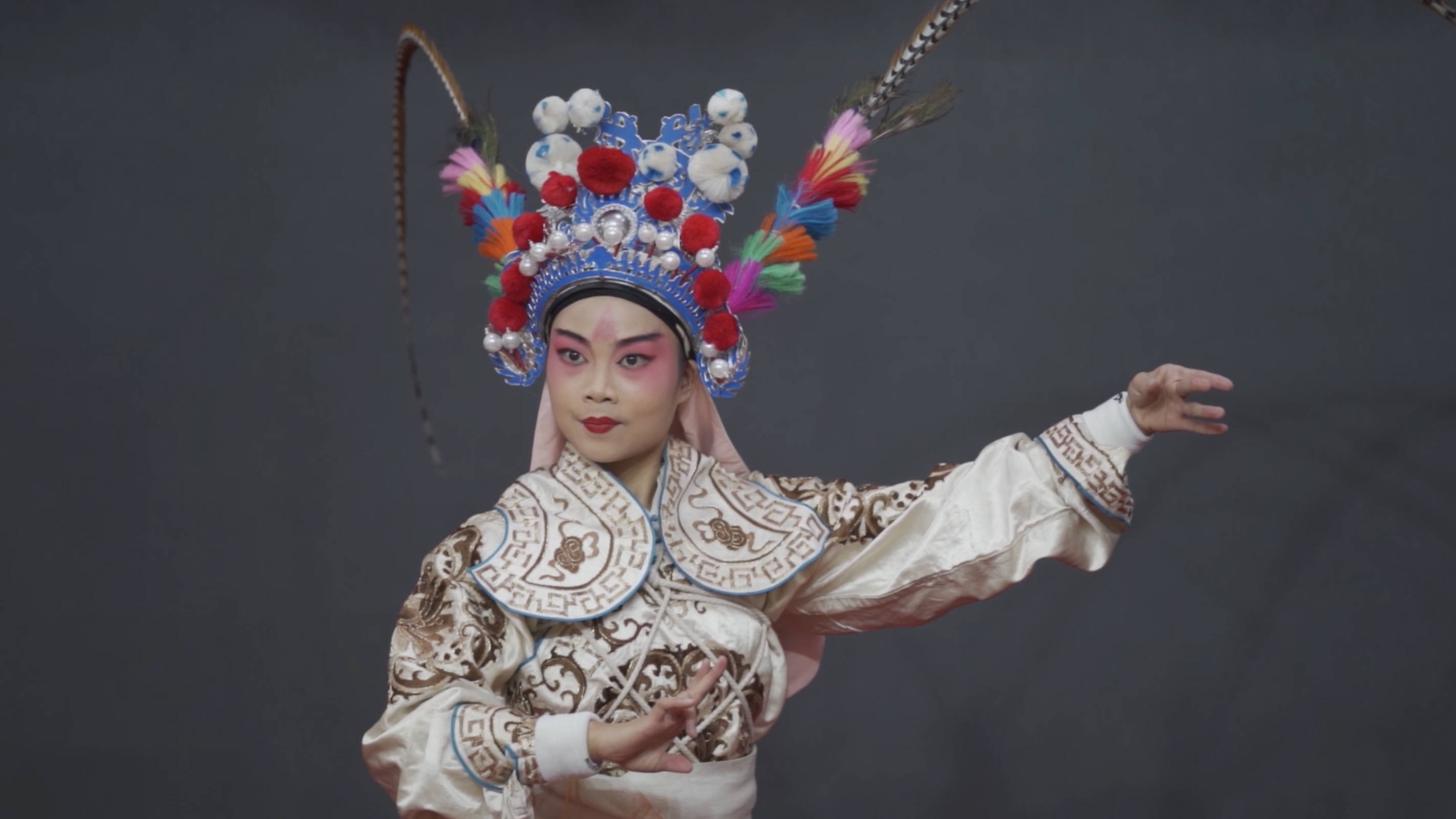 The arrival of a large number of tourists is driving the increase in sales of local agricultural products. Farmers can earn the same income as migrant workers. Nostalgia and income security make more young people to seek development opportunities in their hometown and come up with various ways to get rid of poverty.

"Young people had to go looking for jobs. There were expenses to cover. It was better for them to go out, though I feel sad in my heart,' said one of the villagers.

Now, at last, her son can work in the village. Yang Yonglong, the owner of Yingchun Tea Factory, returned to his hometown to start his own business.

Yang told me his story: "When I came back to take care of my mother, I saw that tea was a good industry in my hometown. And the tea from our hometown is also very delicious. When I brought it as gifts to friends, relatives in the city, they all said that our tea was very good. So I thought why not start my own tea company here in my hometown?"

He began to expand the original tea business, and in seven years the tea factory grew from 100 to over 1,000 square meters. Farmers' income increased tenfold as a result. But how can this wonderful tea reach the market? 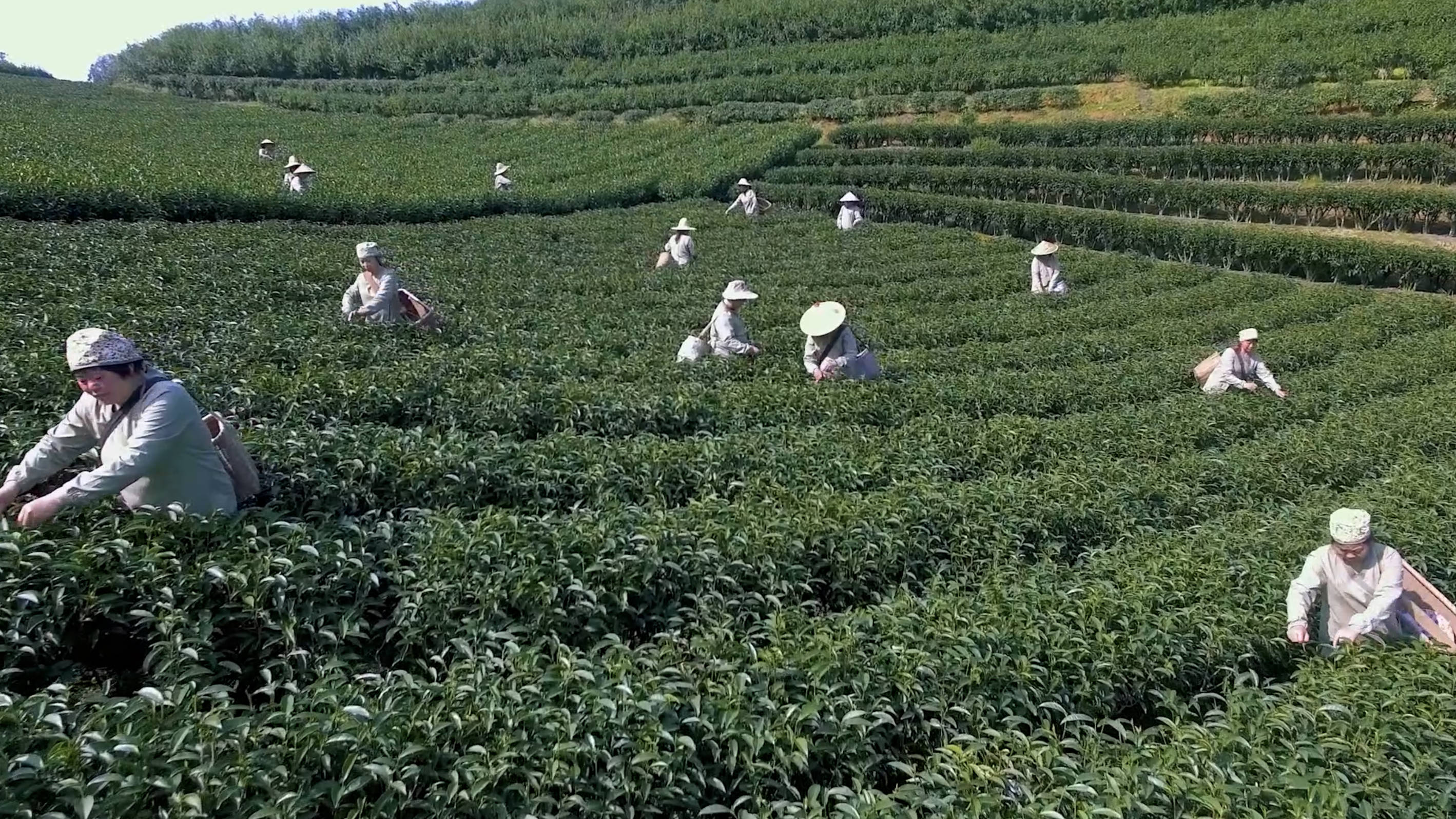 The increased agricultural production cannot be sold to tourists alone. The Zhuxi government set up a Shopping Mall for unsold produce.

Gong Shijun, one of the publicity directors of Zhuxi, introduced one way to sell the produce: "Our Hometown website is the first targeted poverty alleviation public website created by the government. This area is for products from Zhuxi. Its 15 towns each has a section, with products produced by previously poor households."

Poverty alleviation by exploiting the benefits of tourism and industry has completely changed the mental attitudes and lifestyles of people in Zhuxi. The returning of young people has made the life of the elderly more content and happier.

Not only poverty alleviated economically but psychologically as well. Just like this winding country road, the villagers have a growing sense of belonging on their way home.

What do you feel here, is an empty village transformed into a touristic village. But at the same time, it gave opportunities to local villagers to earn their money in the local environment, and even opportunities to preserve the culture identity. And last but not least, the money also made the environment of the whole area more beautiful than it was before. It was a great experience.