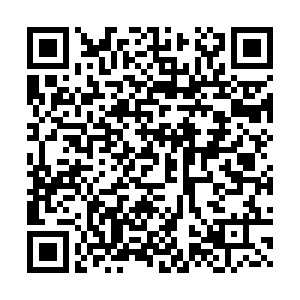 For conservationists and nature lovers, February's update of the wildlife protection list was good news. The adjustment, the first major one in 32 years, added more than 517 species to the list, and the endangered spoon-billed sandpiper was one of them.

If you've seen Pixar's animated short film "Piper," you might remember the adorable sandpiper trying to overcome its fear of water to forage on the wetland. The spoon-billed sandpiper is in the family Scolopacidae, and distinguished by its spatulate bill.

Every year, the bird embarks on a migratory journey from its breeding grounds in Russia to its wintering grounds in southern China and Southeast Asia. Along the way, they normally enjoy a long stopover in the Yellow Sea wetlands in east China's Jiangsu Province, where they molt and store up energy for the remainder of the flight. 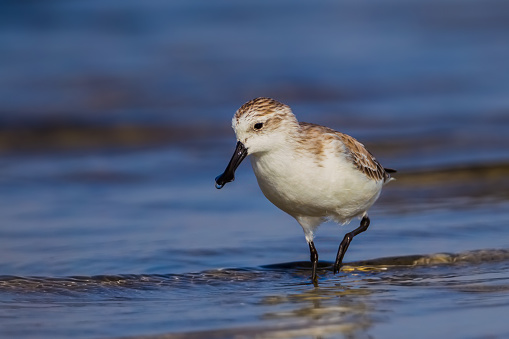 A spoon-billed sandpiper in Thailand. /Getty

A spoon-billed sandpiper in Thailand. /Getty

Lei Guangchun, the dean of the School of Nature Conservation at Beijing Forestry University and vice chairman of the National Wetland Science Committee, is also a fan of the star bird.

"We didn't learn enough about water birds like spoon-billed sandpipers 30 years ago. In the past three decades, their population has dropped dramatically due to reclamation and pollution of wetlands," said Lei.

From 2002 to 2009, the spoon-billed sandpiper population declined by an estimated 26 percent per year. In 2018, the bird was listed as Critically Endangered on the IUCN Red List, but it was not on China's wildlife protection list enacted in 1989. 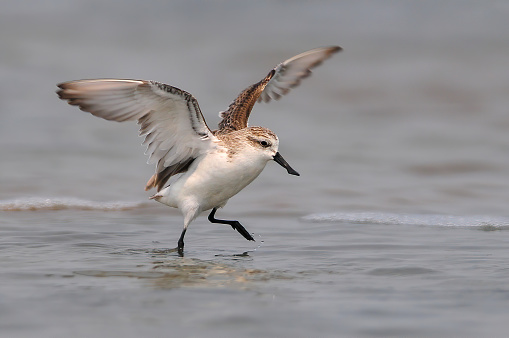 What people do first to protect the little creature is to restore its habitat. The coast of the Yellow Sea-Bohai Gulf of China is crucial because half of the world's spoon-billed sandpipers spend nearly six months here. 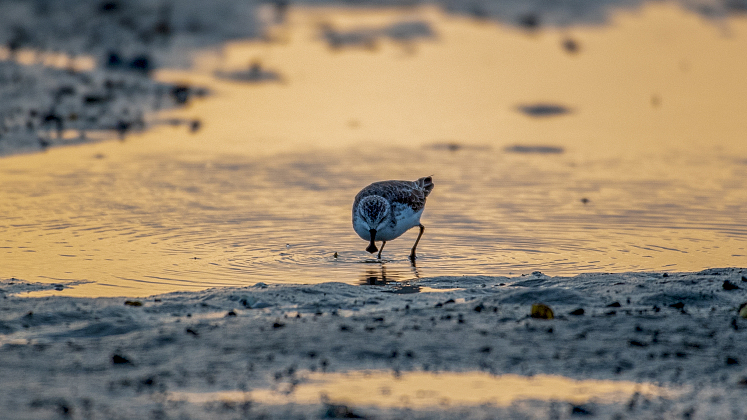 In the last several years, NPC deputies and CPPCC members have proposed to update the wildlife protection list during the Two Sessions. Earlier this year, the new list was finally announced to the public, and the spoon-billed sandpiper is now under first-class state protection.

"The main motivation of updating the list comes from new research of scientists. The new list was a result of years of discussion by the expert committee. In the last decade, the spoon-billed sandpiper has drawn attention from global researchers. Through population surveys, we found its drastic population drop. It is the collaborative research among various countries that renews our knowledge of the bird and makes timely protection possible," said Lei.

Lei believed that the upgraded protection level of the spoon-billed sandpiper will make local governments pay more attention to the species and reinforce protection. 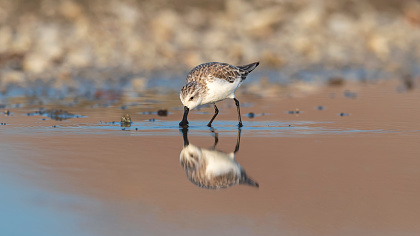 The Center for East Asian-Australasian Flyway Studies (CEAAF) of Beijing Forestry University, the Mangrove Foundation (MCF) and several other institutions have founded the Spoon-billed Sandpiper Conservation Alliance, dedicated to protecting the bird.

Make It Famous: The dodo of our times

How was the maze at Yellow Sea listed as a UNESCO World Heritage?