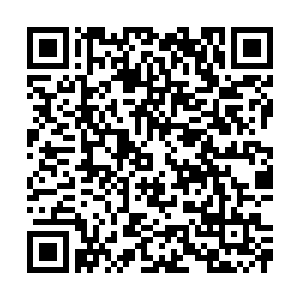 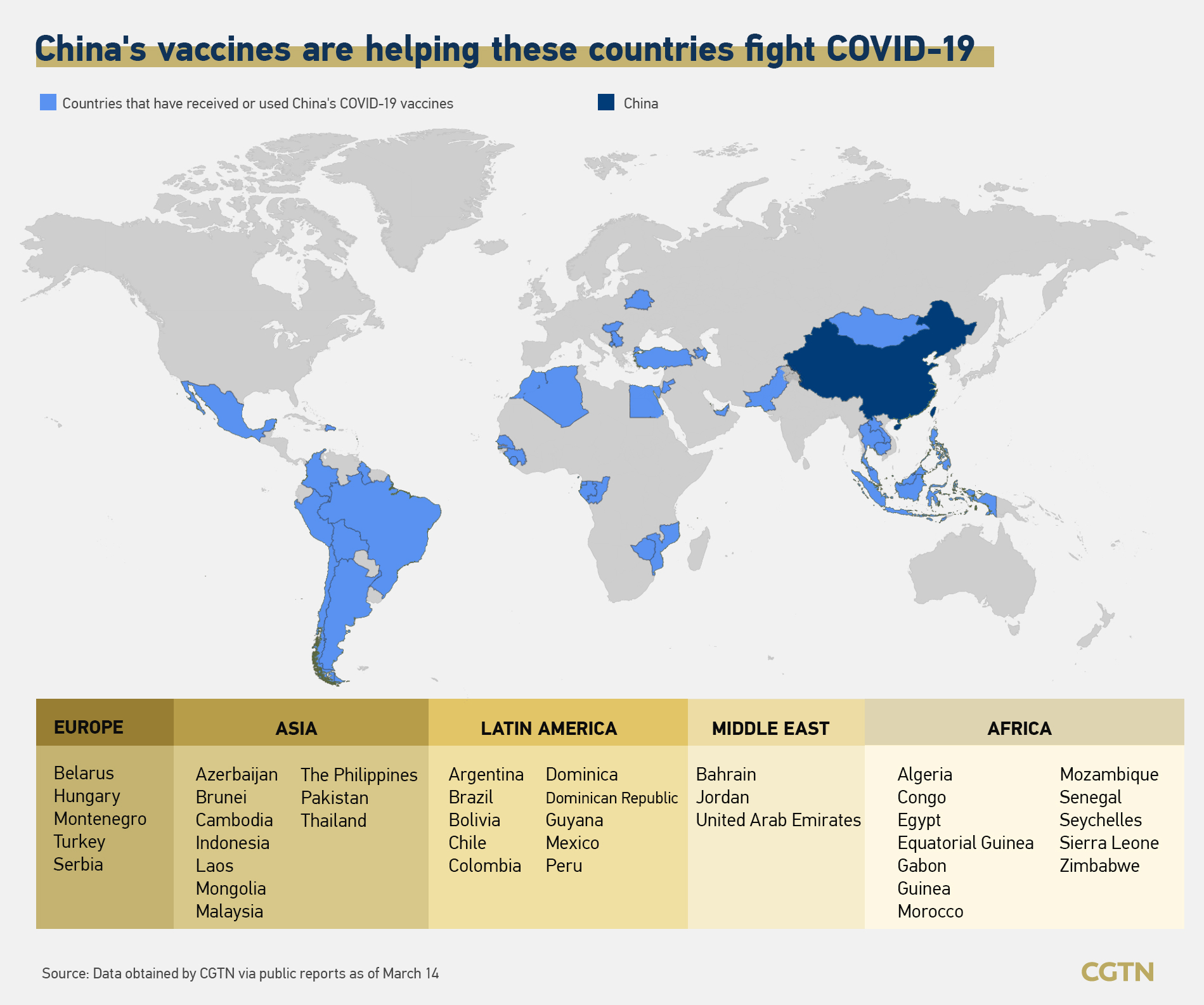 China has been a steadfast advocate for equitable vaccine distribution around the globe, said Chinese Foreign Ministry spokesperson Zhao Lijian at a regular press conference on Wednesday.

More than 60 countries have authorized the use of Chinese vaccines. China has donated or is donating COVID-19 vaccines to 69 developing countries in urgent need and is exporting vaccines to 43 countries, according to Chinese State Councilor and Foreign Minister Wang Yi on March 7.

Responding to a UN appeal, China has donated vaccines to peacekeepers from various countries, as of March 10.

Wang noted that the safety and effectiveness of Chinese vaccines are earning recognition across the world.

As of March 14, dozens of countries have confirmed the reception of Chinese vaccines – two by Sinopharm, one by Sinovac and one by CanSino. 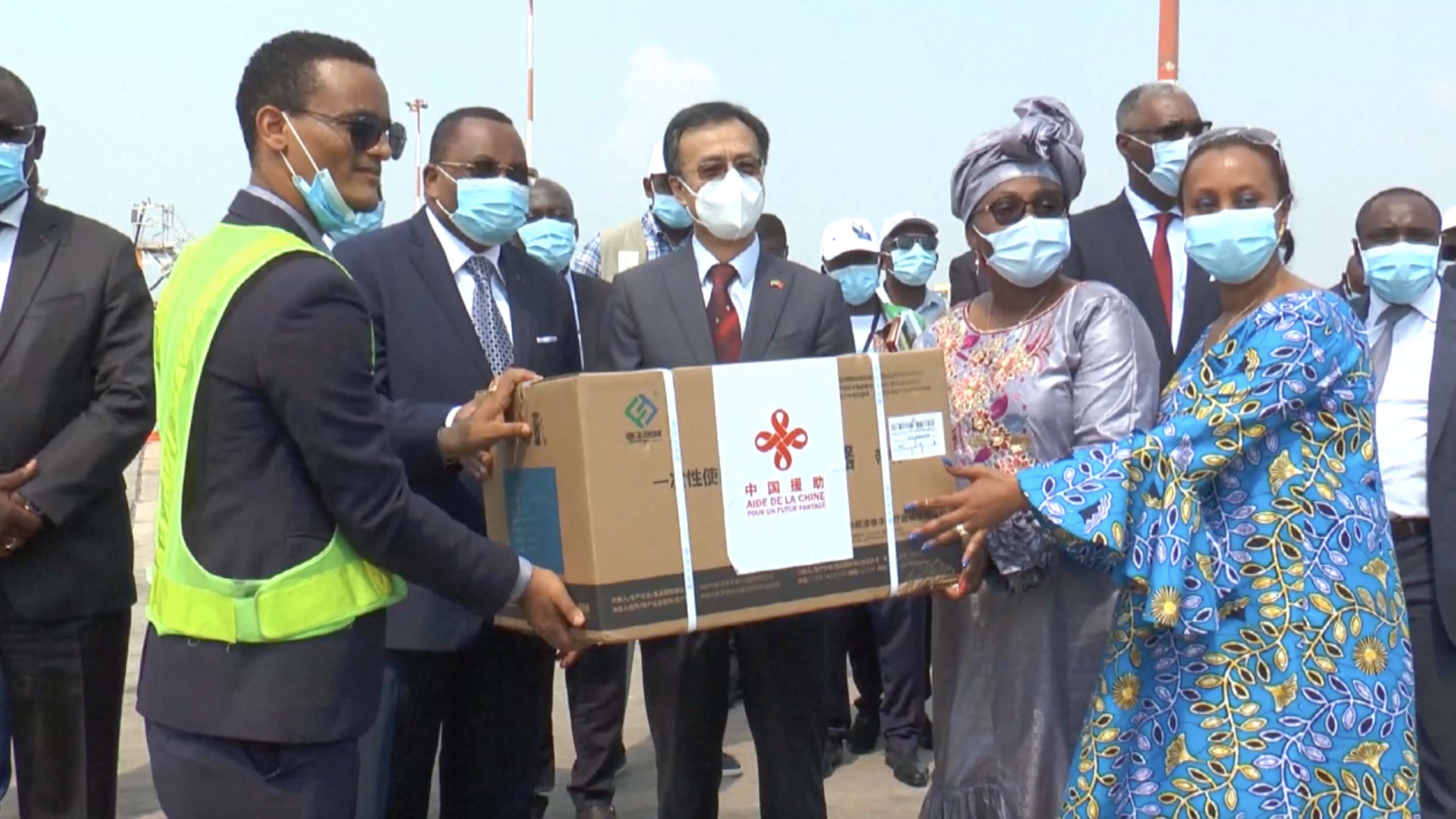 Here are the latest updates on China's contributions to global vaccine distribution over the past week. 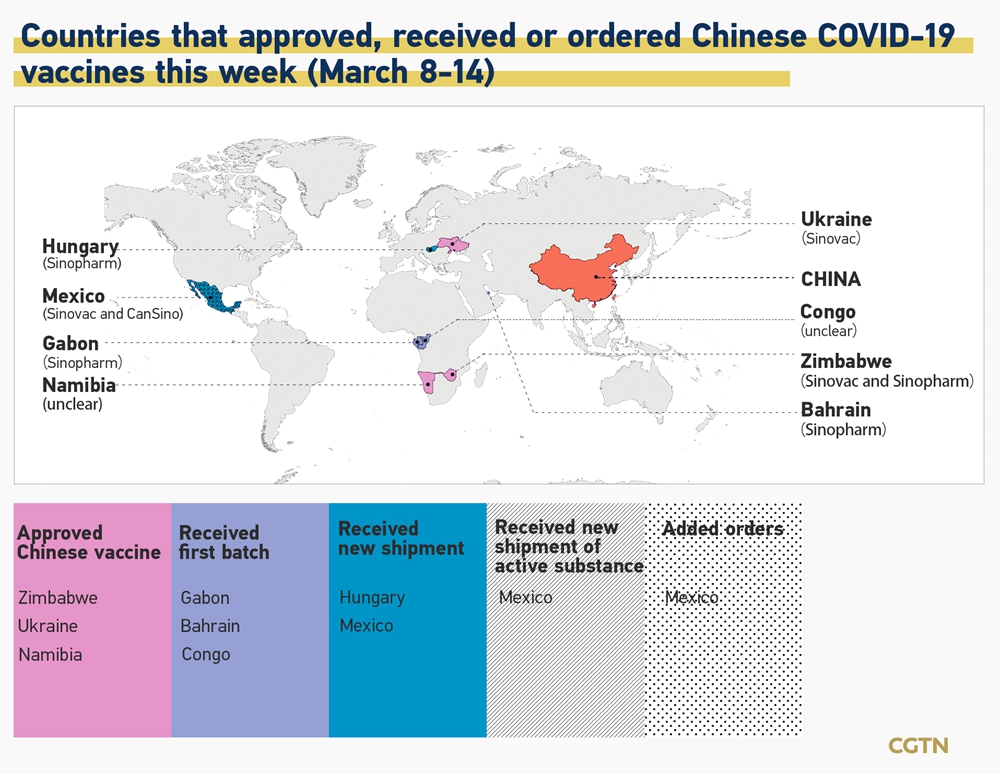 The first batch of donated Sinopharm vaccines arrived in Libreville, the Gabonese capital on Friday, and was received by its Prime Minister Rose Christiane Ossouka Raponda, accompanied by two ministers and Chinese Ambassador Hu Changchun, at the airport.

During the receiving ceremony, Gabon's prime minister noted that China was the first country to respond to their request for vaccines.

Also on Friday, Bahrain held a handover ceremony the Sinopharm COVID-19 vaccine. As one of the first countries to approve vaccines from China for emergency use and registration, Anwaer Habibullah, Chinese ambassador to Bahrain said the purchase reflects Bahrain's trust and support for Chinese vaccines.

Bahrain's Minister of Health Faeqa Saeed Al-Saleh expressed her gratitude to China for its strong support at a critical moment in the country's fight against the pandemic, saying the arrival of Chinese vaccines in Bahrain is of great significance for the country to carry out its vaccination rollout.

The Republic of Congo received its first donated Sinopharm vaccines on Wednesday ahead of the vaccination expected on the eve of the scheduled presidential election on March 21.

Congolese Minister of Health Jacqueline Lydia Mikolo, who was accompanied by two other ministers and Chinese Ambassador Ma Fulin at the airport to welcome the cargo, said this is the first batch of COVID-19 vaccines received by her country. 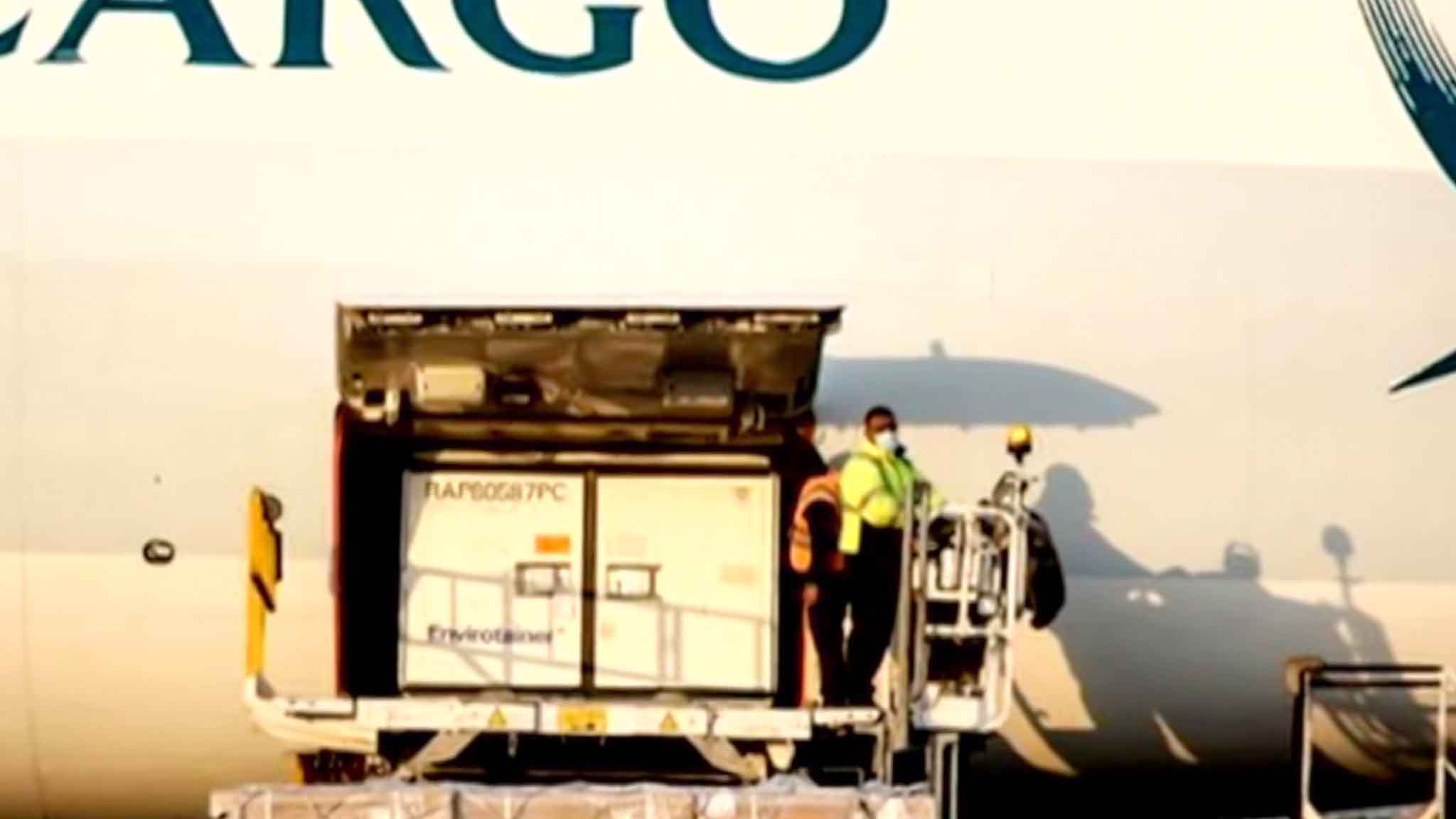 Mexico has so far received a total of five million doses of active substance from CanSino, and is upping its vaccine orders from China to make up for a vaccine shortfall and would request 22 million more doses after U.S. President Joe Biden ruled out sharing vaccines with Mexico in the short term.

Mexico will also order 12 million vaccine doses made by the state-backed China National Pharmaceutical Group (Sinopharm) once it has been approved by its health regulator.

On Thursday, a second delivery of China's Sinopharm vaccine arrived in Hungary, the only European Union member state to use the jab so far.

Around 450,000 doses landed in Budapest this time, taking the total number of doses delivered to one million.

This is the second of four batches that are expected by the end of May, amounting to five million doses in total. That is enough to inoculate a quarter of Hungary's population. 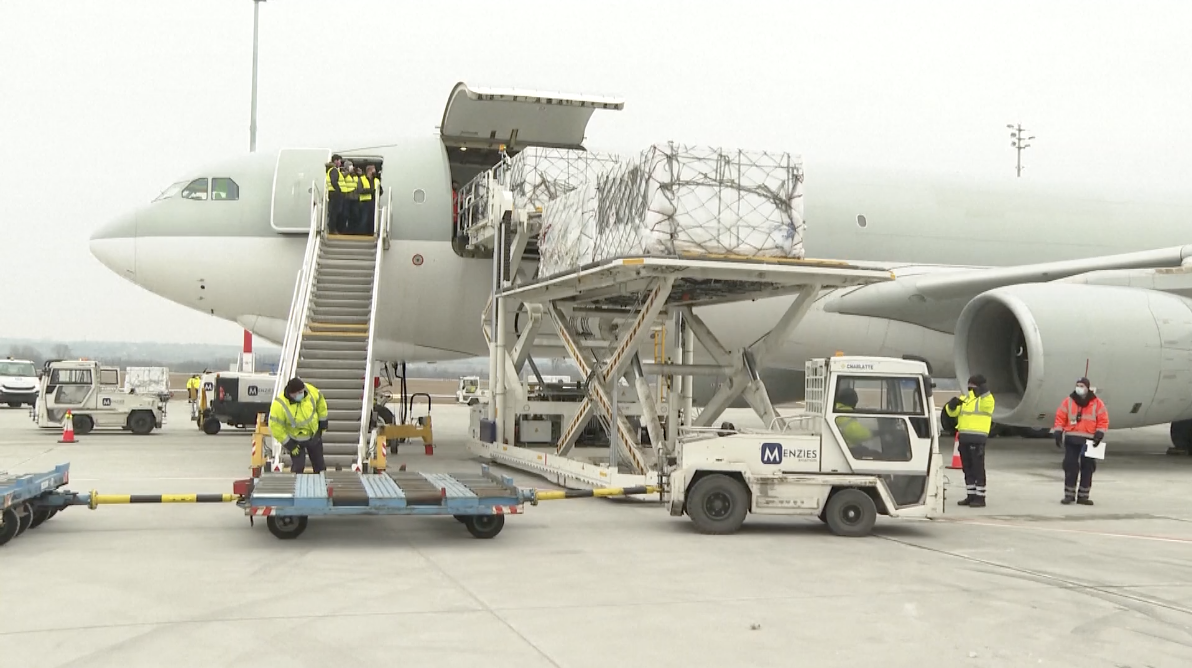 Namibia has approved the use of six COVID-19 vaccines including candidates from China, announced Namibian health authorities on Thursday.

The nation last month rolled out its COVID-19 vaccination program after receiving a donation of 200,000 doses of shots from Sinopharm.

Ukraine on Tuesday approved the COVID-19 vaccine developed by China's Sinovac, according to its health ministry.

Ukrainian pharmaceutical company Lekhim, one of Sinovac's partners, has an agreement with the manufacturer to deliver five million doses of the vaccine in Ukraine, including 1.9 million via a state procurement scheme.

(CGTN's Cao Qingqing and Liu Wei contributed to the story.)