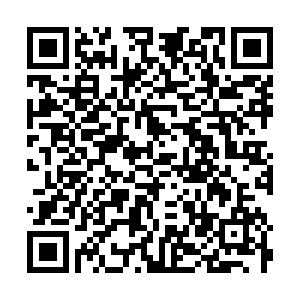 A number of important events are on the global political calendar for the coming week: Russian Foreign Minister Sergei Lavrov is scheduled to visit China; Israel will have its fourth elections in two years; and the North Atlantic Treaty Organization (NATO) foreign ministers will meet face-to-face for the first time since the COVID-19 outbreak.

Wang together with Yang Jiechi, a member of the Political Bureau of the Communist Party of China (CPC) Central Committee, concluded a two-day, face-to-face meeting with U.S. Secretary of State Antony Blinken and U.S. National Security Advisor Jake Sullivan in Anchorage, Alaska on Friday, marking the first high-level contact between the two countries since U.S. President Joe Biden took office in January.

Chinese Ambassador to Russia Zhang Hanhui told Russian news agency Interfax last week that China was willing to maintain regular communication with Russia about its policies toward the U.S.

According to Chinese Foreign Ministry spokesperson Zhao Lijian, Wang will talk with Lavrov on bilateral ties, the recent high-level exchanges as well as international and regional issues of common concern.

In February's phone call, Wang and Lavrov stressed the importance of upholding non-interference in other countries' internal affairs, one of the basic norms governing international relations, and working together to maintain global and regional strategic stability.

Israelis will head to the polls on March 23 for the fourth time in two years, aiming to break the political deadlock that has left the country without a national budget amid the COVID-19 pandemic.

Israel's national legislature Knesset was automatically dissolved in late December 2020 after the parliament failed to meet a deadline to pass the state budget, resulting in a new election.

Latest polls show that neither of the major party blocs can secure a majority but Prime Minister Benjamin Netanyahu's Likud has a better chance of forming a government. This also means a fifth election is also likely.

Netanyahu has been indicted on charges of bribery, fraud and breach of trust, but the country's longest-serving leader has still managed to stay in office throughout the investigations and four election campaigns. He denies wrongdoing.

U.S. State Department Friday confirmed that Blinken will attend a NATO meeting next week in Brussels.

The first face-to-face NATO foreign ministers' meeting since the pandemic is scheduled to take place on March 23 to 24.

Speaking at Munich Security Conference last month, Biden said the U.S.'s commitment to NATO is "unshakable" – a major shift from his predecessor Donald Trump who termed the 30-member alliance outdated.