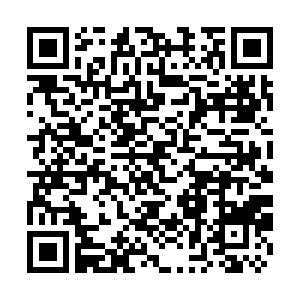 China has recently unveiled its national development blueprint for the next five years. Its 14th Five-Year Plan (FYP) (2021-2025) sets a target of 65 percent of the urbanization rate, meaning the country will see 10 million more urban residents per year until the end of 2025.

By the end of 2019, China's urbanization rate surpassed 60 percent for the first time as the number of urban residents stood at 848.4 million. 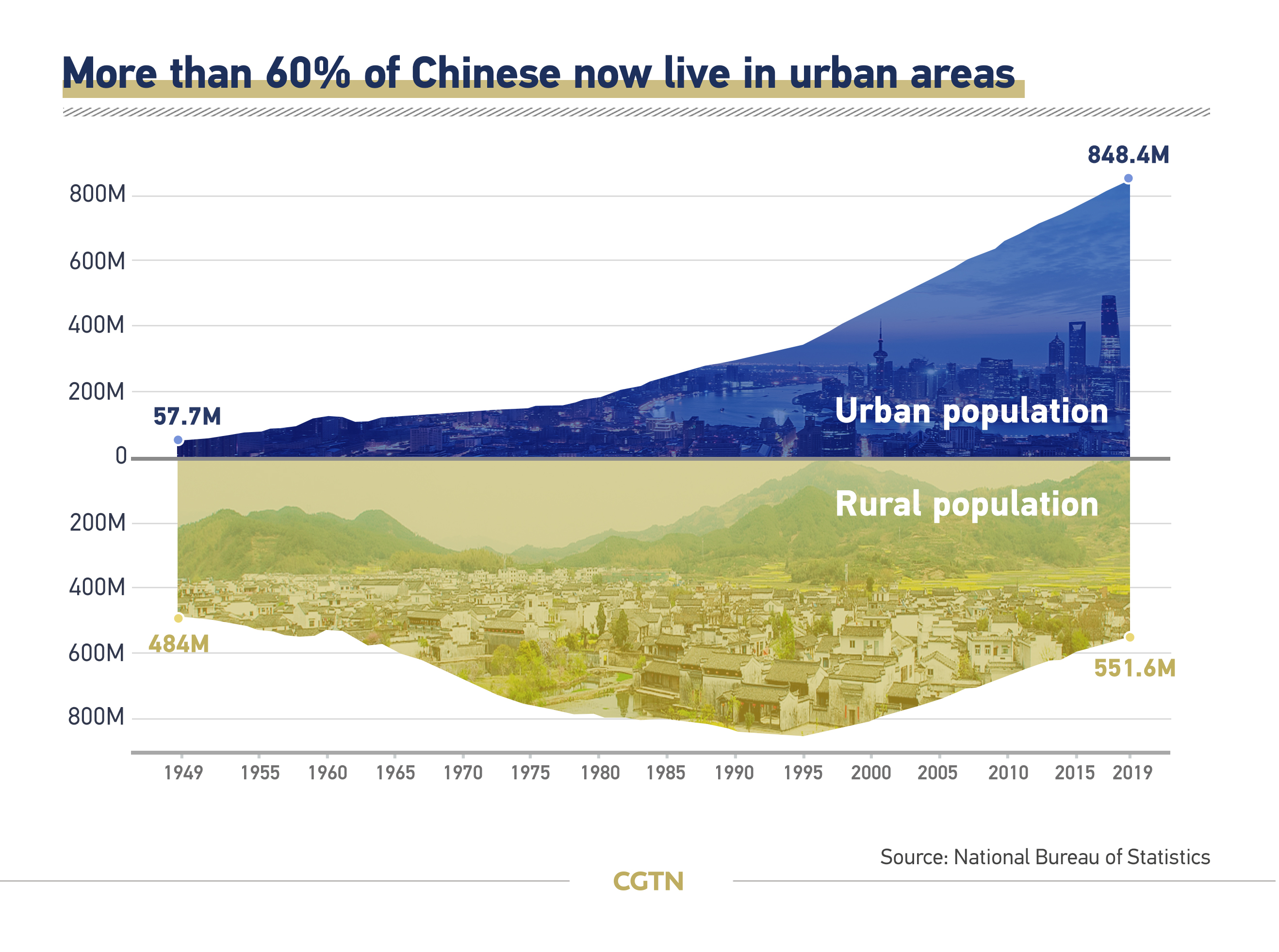 To achieve that goal, the new plan carries on strategies from the 13th FYP. It continues the integrated growth of 19 city clusters, with the optimization of the more matured clusters in the east, such as the Yangtze River Delta centered in Shanghai, the expansion of developing clusters, mostly in central China, like central Shanxi, and the nurturing of newly emerging clusters such as Harbin-Changchun and Lanzhou-Xining.

Compared to the last FYP, the 14th FYP updates the Western Taiwan Straits Urban Agglomeration to the Guangdong-Fujian-Zhejiang Coastal Region city clusters, including four provinces along the coast.

The urbanization rate was faster in the central and western regions than in eastern and northeastern areas, narrowing the gaps in urbanization between different regions, said Zhang Yi, an official on population and job statistics with the National Bureau of Statistics.

By the time China completes the 14th FYP target, the world's average urbanization rate will reach 58 percent, according to the 2018 revision of the World Urbanization Prospects published by the United Nations. The proportion of urban dwellers in more developed regions, such as the U.S. and UK, will surpass 80 percent.

Although China's urbanization rate has been higher than the global average, compared to the rate of developed countries, China still has room to grow. 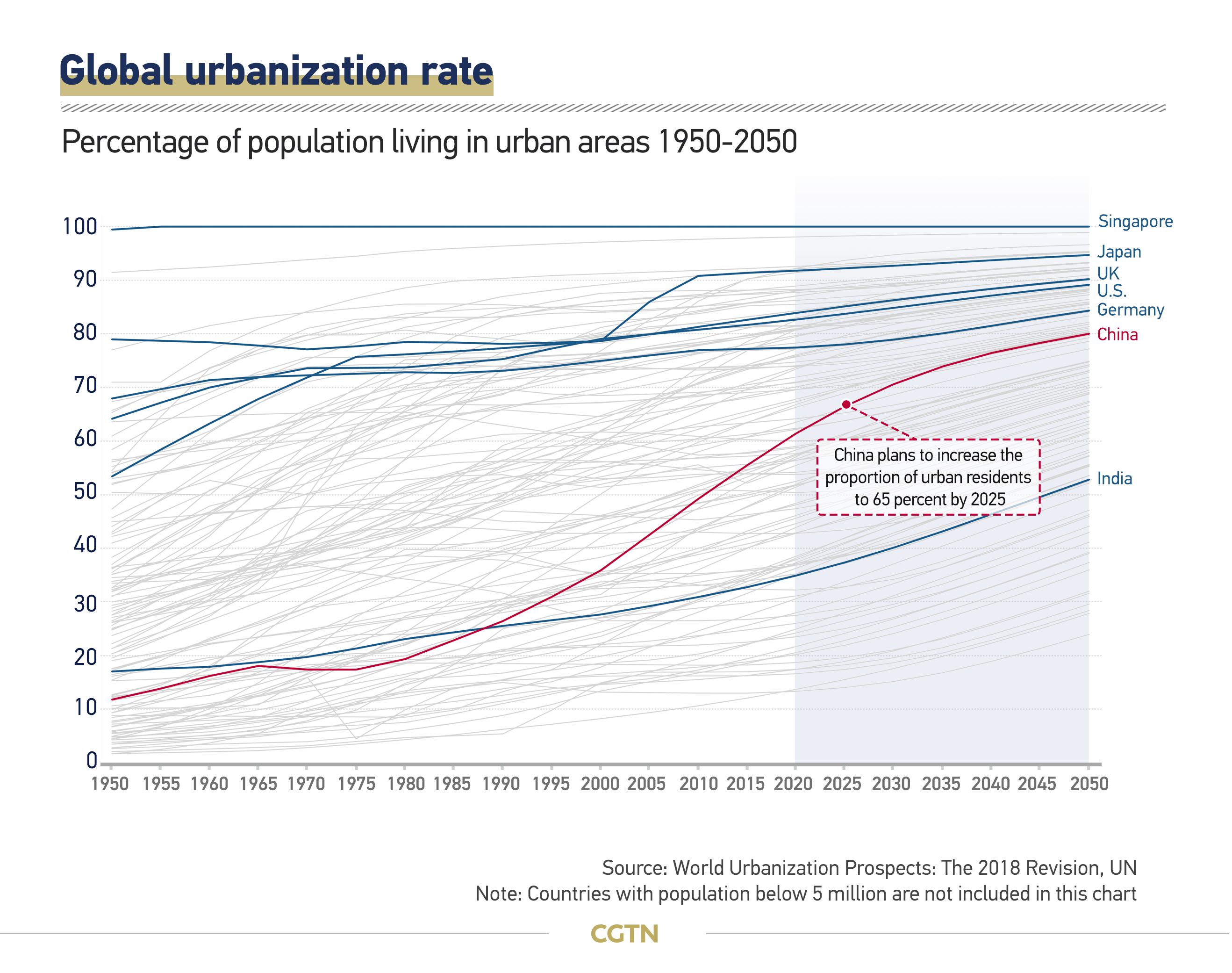 Various measures have been taken to boost urbanization and ensure residents can enjoy improved basic public service and social security. For example, China will revamp its hukou system, which registers an individual as a resident in a certain area, giving access to different social services. Introduced decades ago, the system has been criticized for blocking the free flow of labor, thus generating economic losses.

According to the 14th FYP, residency restrictions will be abolished in cities with up to three million people. Cities with three to five million people will loosen the rules, while megacities with a population of more than five million will further improve their points-based system – based on factors such as education level, length of stay, and social security payment records – that allows a person to apply for urban residency.

Local governments are also encouraged to offer more convenience to residency holders and improve their access to education and housing, the plan said.

As more people move from rural to urban areas, the demand for infrastructures, such as utilities and transportation, education, and public services will increase. The climbing demand will potentially stimulate investment, and rising incomes will enhance the role of consumption in the economy.