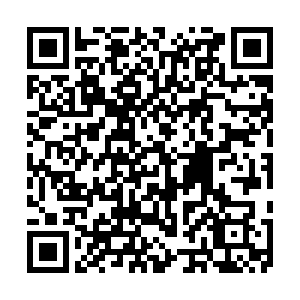 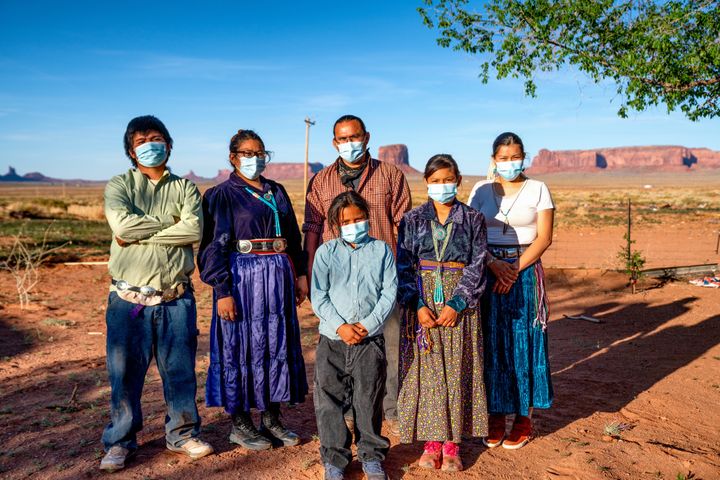 Editor's note: Dennis Etler is a current affairs commentator who holds a doctorate in anthropology from the University of California, Berkley. He conducted archaeological and anthropological research in China throughout the 1980s and 1990s and taught at the college and university level for over 35 years. This is the third piece of his three-part series on gross human rights violations in the U.S. The article reflects the author's opinions and not necessarily the views of CGTN.

The native people of the U.S. face severe oppression and violation of their human rights.

Genocide is not a term to be taken lightly. Its dictionary definition is, "The deliberate killing of a large number of people from a particular nation or ethnic group with the aim of destroying that nation or group." But it is an apt description of the fate that befell the native people of what eventually became the U.S.

When the English colonists settled in the New World, it was inhabited by millions of people of diverse ethnicities. Most were agriculturalists living in settled communities; some were hunters and gatherers. However, they all had sophisticated cultures. Without their knowledge, the European colonists would not have survived. However, what they got in return was treachery, death and destruction.

The native people were relentlessly pushed out of their settlements and forced to relocate further west. After the establishment of the U.S., things got even worse, as Euro-American settlers continued to steal land and resources and massacre Native Americans. By the late 1800s, the Indian Wars had decimated the native population. They were herded into concentration camps and deprived of the basic necessities to lead a decent life. Their children were snatched away and put in boarding schools where they were forbidden to speak their native language or practice their native customs. The population of Native Americans had dramatically plummeted from about 5 million at first contact to 190,000 in 1900. 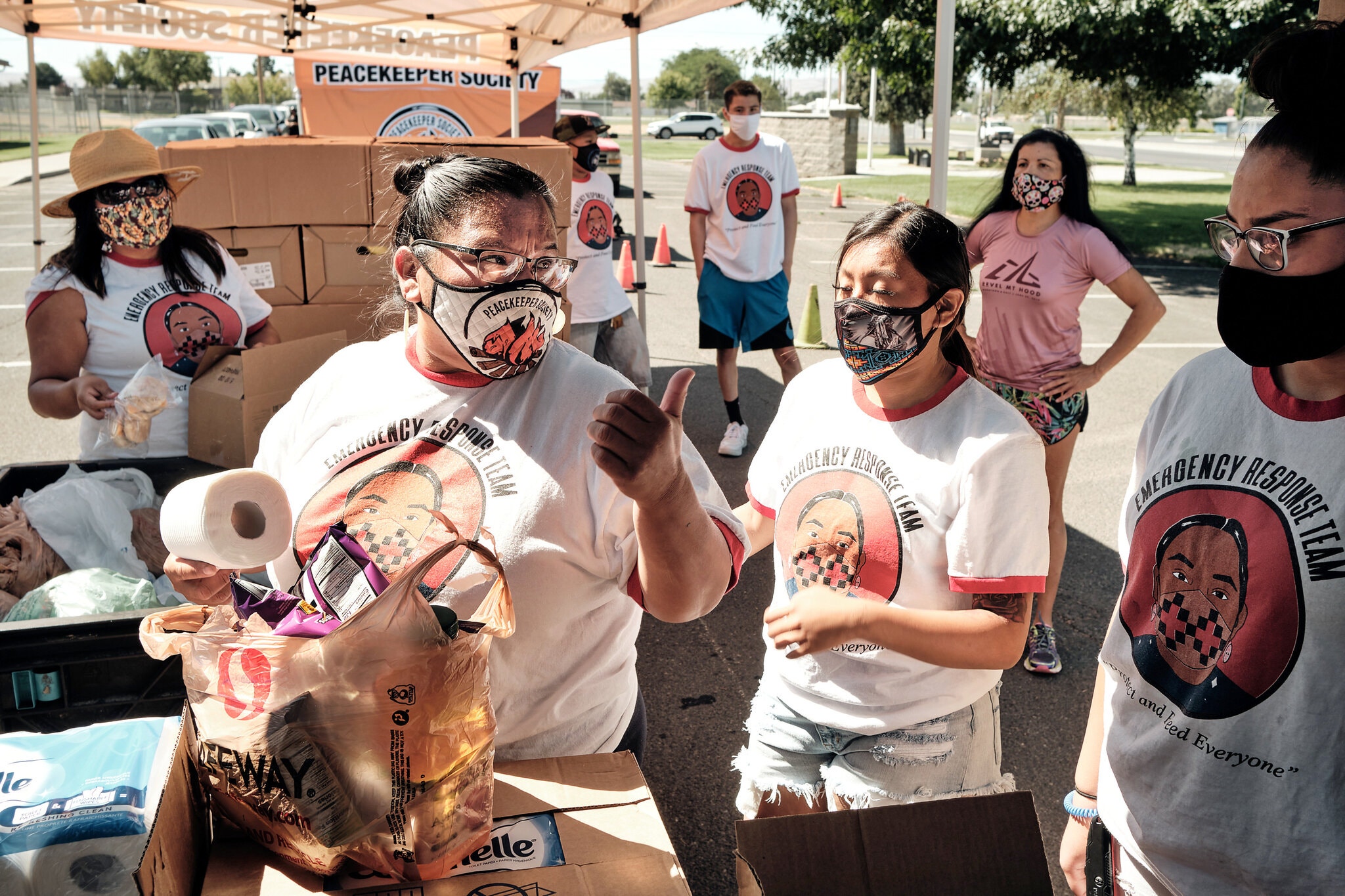 The impact of Native American genocide by white settlers reverberates to this day. Most native languages are now extinct or spoken only by elders. Efforts to revive them have met with limited success. Native cultures have persisted against all odds due to the perseverance of their practitioners in the face of daunting challenges.

The ongoing COVID-19 pandemic has highlighted the continuing plight of Native Americans. They have the highest rate of infection and death. This reflects the abject poverty that many Native Americans live in. For example, one of the largest tribes, the Navajo, is being decimated by the pandemic. Reports talk about families that don't have easy access to water, electricity or the internet. The pandemic has only made matters worse.

How can that be? It is unconscionable that such conditions continue to exist in a nation that prides itself on being the richest and most powerful in history and as a protector of human rights. It is particularly glaring when a developing country such as China has eliminated absolute poverty across the country. In China, even the most remote ethnic communities in the most inaccessible regions of the country have been lifted out of poverty. Work crews are sent in to string up 5G internet connections, supply electricity and construct water diversion projects so that no one's left behind.

Over the last decade, extreme poverty among China's minority ethnic groups has been eliminated by targeted poverty alleviation programs. China now provides all previously impoverished people with new or renovated housing, guaranteed healthcare, free compulsory education, vocational training, income subsidies and easy access to paved roads, water, electricity and the internet. Yet, the U.S. can't even provide its ethnic communities with the basic necessities of life! 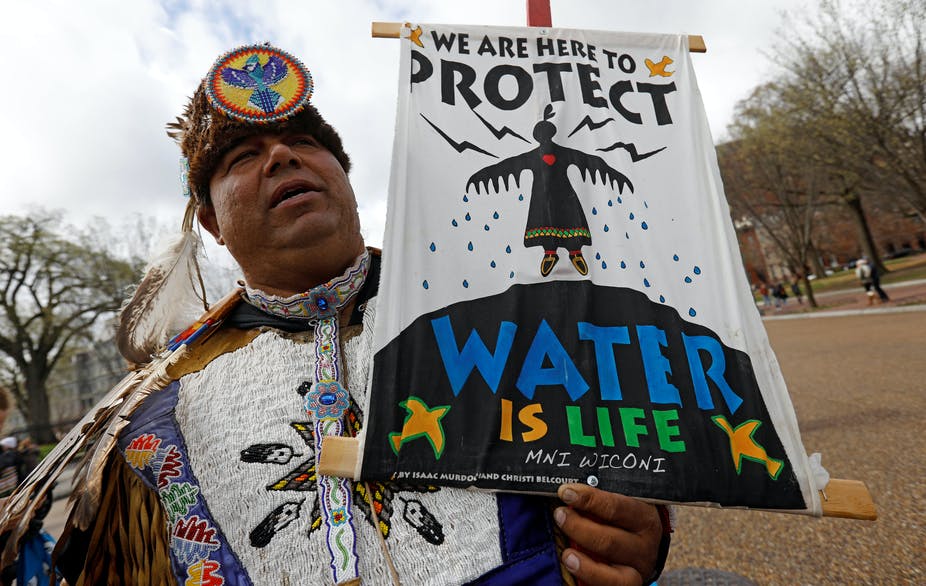 An activist at a protest rally at the White House against the Dakota Access and Keystone XL pipelines in Washington, D.C. /Reuters

An activist at a protest rally at the White House against the Dakota Access and Keystone XL pipelines in Washington, D.C. /Reuters

The same policies could easily be implemented in the U.S. to eliminate the widespread poverty among Native Americans, but after centuries of genocidal policies, nothing of the sort has been done. It is a crying shame that any American, in particular Native Americans, continues to live in extreme poverty with health and educational outcomes well below average. There is no excuse.

But the BBC and other Western media will never use the term genocide when discussing the plight of indigenous people under their jurisdiction. The hypocrisy of the U.S. regarding China's minorities is infuriating. China protects its minorities' languages and cultures while also teaching the national language. For decades the U.S. had a policy of preventing students from speaking their own languages on pain of corporal punishment in boarding schools. The oppression of the Cherokee, a native people similar to China's ethnic minorities, led parents to stop teaching their children their own language. Today, a last-ditch attempt is being made to save the Cherokee language against all odds.

But fake human rights NGOs say nothing about the systematic genocide and "culturcide" of Native Americans that continues to this day. It is a gross human rights violation that all justice-loving people of the world should condemn.