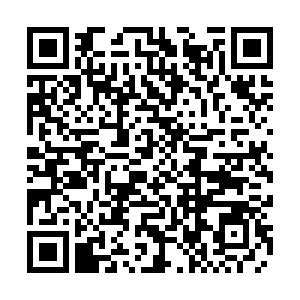 In meeting with visiting Chinese State Councilor and Foreign Minister Wang Yi on Saturday, the crown prince of Abu Dhabi of the United Arab Emirates (UAE) expressed his welcome to China for a bigger role in the peace and stability of the Middle East.

Sheikh Mohammed bin Zayed Al Nahyan also spoke highly of the relationship between the UAE and China, adding that he appreciates China's support to his country in time of COVID-19 pandemic.

That fully shows the tight friendship between the two countries, the crown prince said.

On his part, Wang Yi expressed his hope for further development in the two countries' comprehensive strategic partnership.

He called for further efforts for push forward the docking of the Belt and Road Initiative (BRI) with the UAE's 50-year national development strategy.

China is willing to work with the UAE and spare every effort in advancing cooperative projects between the two countries, Wang said, adding that further cooperation can take place in energy, finance and high-tech sectors.

Wang also expressed appreciation to the UAE side for abiding by the one-China principle and supporting major matters concerning China's core interests.

"China fully supports the UAE in its efforts to independently explore the path of development, to right against religious extremists and to play a greater role in international and regional affairs," Wang said.

Wang noted China is willing to work with the UAE to adhere to the basic norm of non-interference in other countries' internal affairs and safeguard the principle of sovereign equality enshrined in the UN Charter.

The Chinese foreign minister also said the two sides should continue to strengthen cooperation in the fight against the COVID-19 pandemic, and actively explore tripartite cooperation on vaccines to benefit more countries.

Wang visited Iran, Saudi Arabia and Turkey earlier this week. His next stops are Oman and Bahrain.