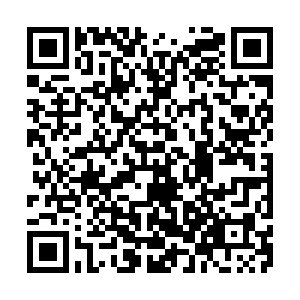 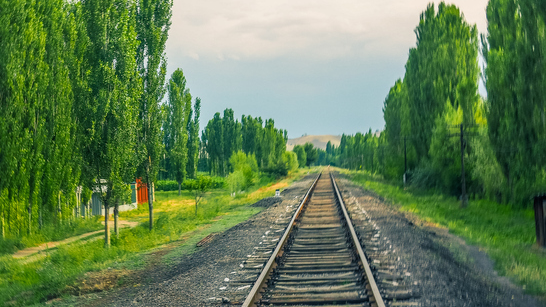 Editor's note: Djoomart Otorbaev is the former prime minister of Kyrgyzstan, a professor of the Belt and Road School of Beijing Normal University, and a member of Nizami Ganjavi International Center. The article reflects the author's views, and not necessarily those of CGTN.

In my two previous pieces on this topic, I described the vast prospects for international trade that are opening along the east-west and north-south rail routes of the new Great Silk Road. The activation of these transport routes is related to the Chinese economy's rapid development and active development of international trade.

The transport corridors for the Central Asian countries have long and effectively worked in the northern direction. We have a common transport system with our neighbors in the north, which is a Soviet legacy.

However, until recently, Central Asia did not have the opportunity to use its transit potential. And it is natural that immediately after gaining their independence, the countries of the region began to explore the possibilities of getting out of the "stagnant" situation in which history and geography have placed the area.

A breakthrough from Central Asia's transport isolation was the launch of the highly efficient "eastern" Eurasian railway bridge ten years ago, connecting China and Europe through the territory of Kazakhstan and Russia. Last year alone, freight traffic through border crossings between China and Kazakhstan exceeded 20 million tons. On average, 30 trains pass through border stations every day.

In this piece, I focus on new rail routes from Central Asia that run southwestward through Iran and the Caspian Sea to the South Caucasus and further to the Black and Mediterranean Seas, Turkey, and Europe. Two new routes from Central Asia to the western seaports have recently started operating. It connects Azerbaijan and Georgia with access to the Black Sea and Iran and Turkey, the Mediterranean, and Black Seas, and beyond to Europe.

Back in the late 1990s, the Turkmen and Iranian sections of the railways connected, which allowed Central Asian countries to enter the Iranian port of Bandar Abbas. Additionally, in 2014 a modern Kazakhstan-Turkmenistan-Iran railway link has been completed and commissioned.

Known as the North-South Transnational corridor, the 677-kilometer long railway line connects Kazakhstan and Turkmenistan with Iran and the Persian Gulf. The project is estimated to cost $620 million, which Kazakhstan, Turkmenistan, and Iran are jointly funding. Adequate access to the Iranian railway infrastructure made it possible to connect it with the Turkish railway network, with further access to the Mediterranean and Black Seas.

Simultaneously, the Central Asian countries are working on the development of the South Caucasian transport corridor. A completely new railway, Baku-Tbilisi-Kars (BTK), was officially opened in October 2017. Its total length of the road is 826 kilometers, and the line will carry one million passengers and more than 15 million tons of cargo annually. 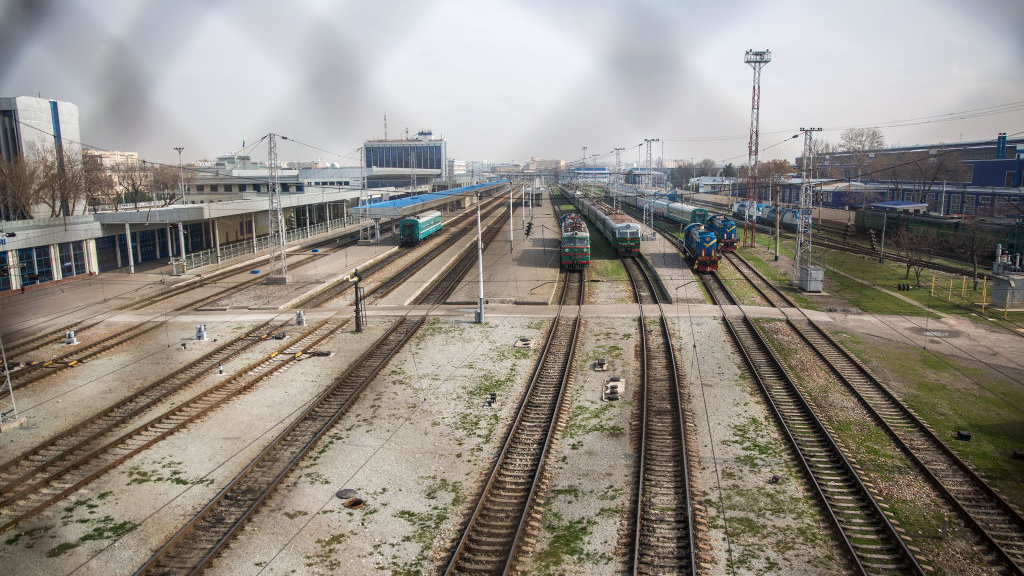 Since the launch of this railway, its volume of freight transportation has constantly been growing. This line has already transported 21,260 twenty-foot equivalent unit (TEU) containers. In 2020, this figure reached 10,779 TEU. The project is part of a broader plan to connect Central Asia's railways with the South Caucasus and Europe via Turkey. After a ferry crossing the Caspian Sea, railways from Central Asia connect to the BTK. It also becomes possible to deliver goods between China and Europe along this route. As this route is shorter than the "northern" ones, the experts estimate that the delivery time between China to Europe could be reduced to 12-15 days.

Considering the prospects for such transportation, Turkey is showing great interest in exploring such a route. A necessary Marmaray railway tunnel under the Bosphorus Strait in Istanbul has already been built and is operating. It provides a direct link between the Asian part of the country and the pan-European rail network.

The first freight train, which went from China's Xi'an to Europe's Prague via the BTK line and Istanbul's Marmaray Tunnel, arrived in Prague on November 6, 2019. Traveling at an average speed of 40 kph, the China Railway Express reached Central Europe from Western China in 18 days.

During January-October 2020, the number of containers shipped from China via this corridor amounted to 2,343 TEU, 35 percent more than in 2019. However, almost all the cargo was moving in one direction - from China to Europe. But on December 4, 2020, the first freight train in reverse mode left Istanbul for China via this railroad. The route's total distance is 8,693 kilometers, and the train has passed it in just 12 days.

Thus, modern railway routes will soon run through Central Asia, connecting east and west, north and south. The region will become the Eurasian continent's logistics heart, located in the center of a rapidly developing area. The Eurasian railway revolution, which will actively contribute to this landlocked region's rapid development, is taking place before our eyes. The economic revival of the new Great Silk Road is just around the corner.