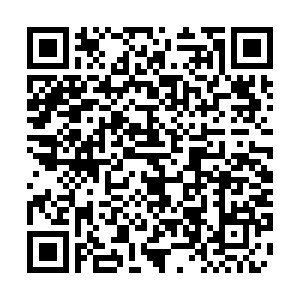 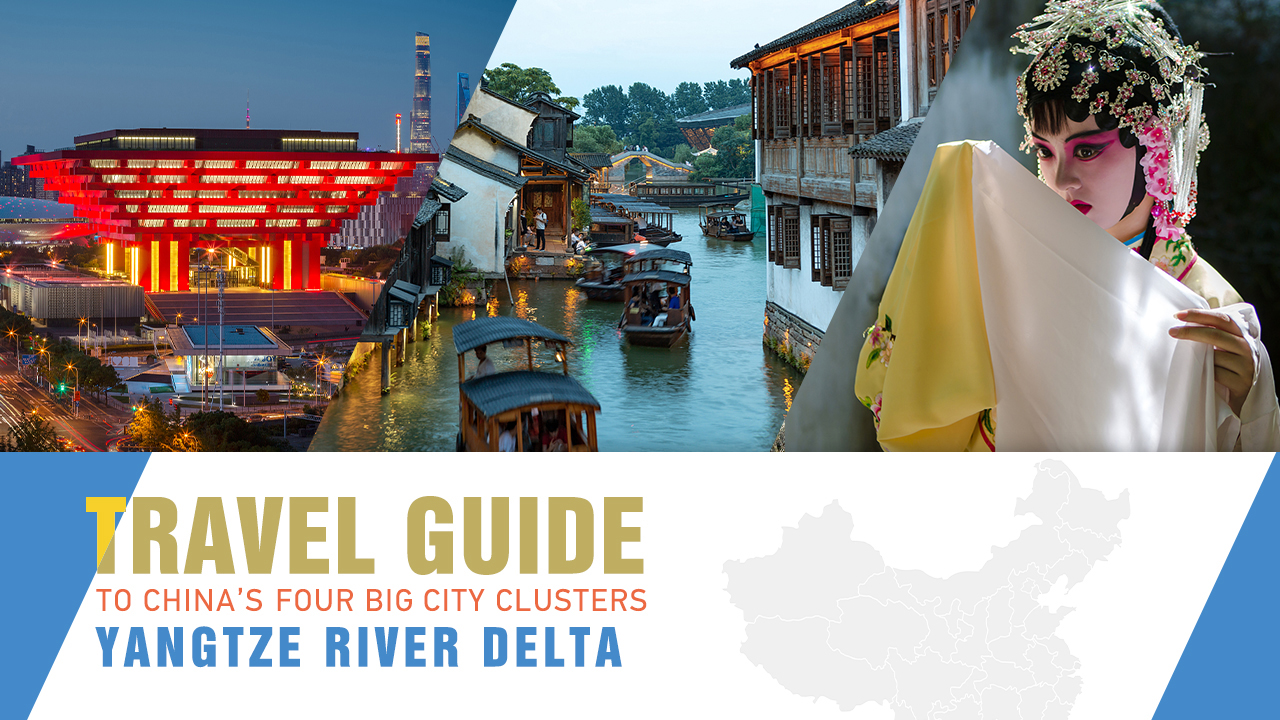 China is planning to strengthen its transport sector over the next 15 years. As it shapes a new domestic transport framework, touring a city cluster over a weekend becomes an easy task. The second episode of a series of travel guides to China's four big city clusters introduces the eastern Yangtze River Delta.

The Yangtze River Delta in the east of China encompasses Shanghai Municipality and Zhejiang, Jiangsu and Anhui provinces, covering an area of 358,000 square kilometers. The region boasts active economic development, a high level of opening-up and strong creativity.

As the three-day Tomb-sweeping Festival approaches, a tour of the region will show you a prosperous, fashionable and water-glistening China. The site of the first National Congress of the Communist Party of China in Shanghai, January 18, 2020. /CFP

The site of the first National Congress of the Communist Party of China in Shanghai, January 18, 2020. /CFP

Shanghai: A birthplace of CPC and symbol of opening-up

Shanghai has long been seen as avant-garde in integrating and digesting foreign cultures, developing in turn a Shanghai-style culture. Introduced in the 1920s, Marxism and communism took root and the city became one of the birthplaces of the Communist Party of China (CPC).

Since this year marks the 100th anniversary of the CPC, it is the right time to review the history of China's leading party by visiting the sites of the first, second and fourth CPC National Congresses.

And Sihang Warehouse, a memorial of the 1937 Chinese defense against Japanese aggression, has enjoyed renewed popularity after the release of the 2020 blockbuster "The Eight Hundred." After watching the film, maybe pay a visit there!

A symbol of the country's opening-up, Shanghai is also known for its iconic skyline, the China Art Museum, which was originally built as the China Pavilion for the Shanghai World Expo 2010, and the Disneyland resort, a popular new destination for children of all ages. 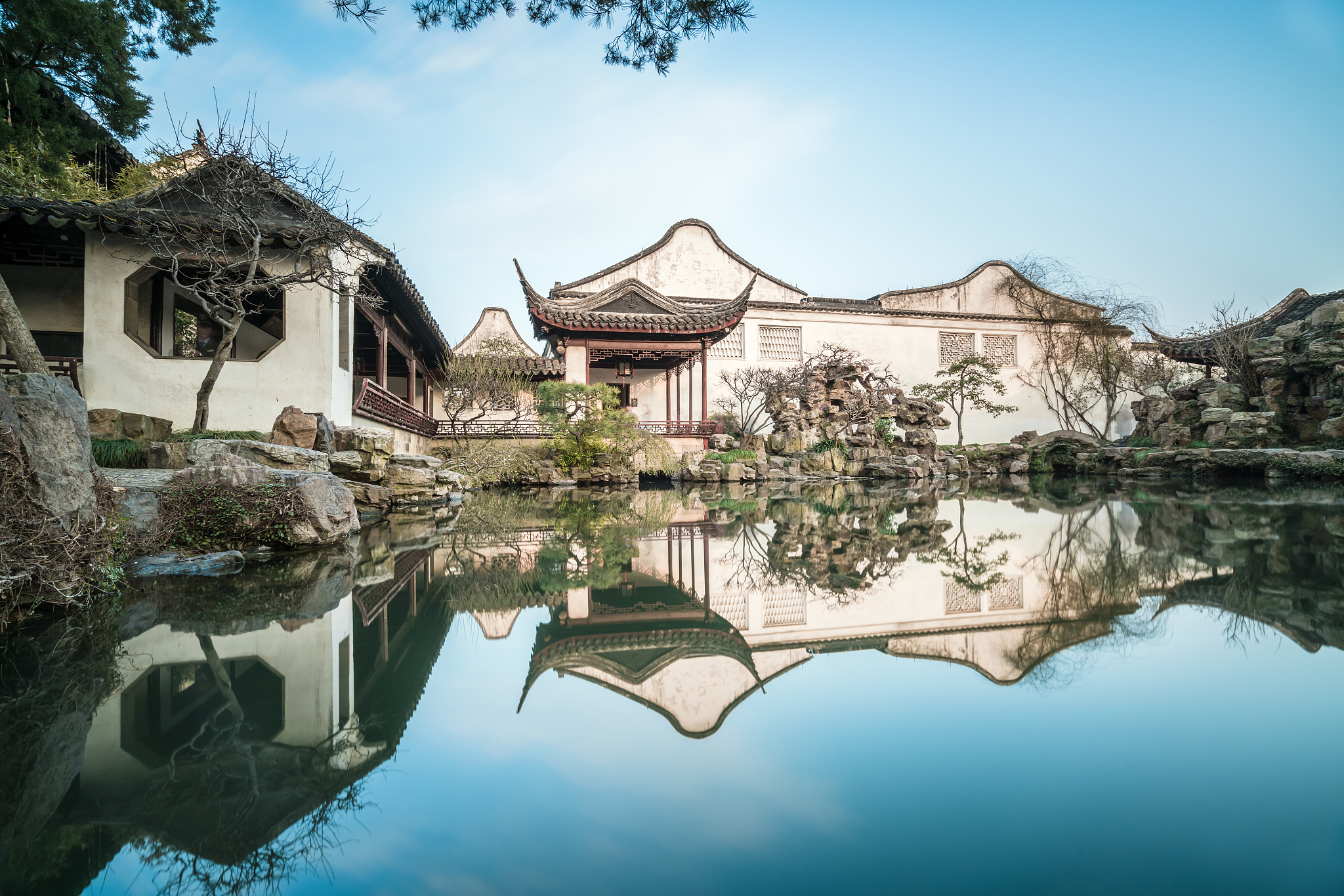 The Master of the Nets Garden in Suzhou, east China's Jiangsu Province. /CFP

The Master of the Nets Garden in Suzhou, east China's Jiangsu Province. /CFP

Jiangsu: Classical gardens and the cradle of Kunqu Opera

My friend has left the west where the Yellow Crane towers,

For River Town veiled in green willows and red flowers.

This is a famous verse by the great Tang-dynasty (618-907) poet Li Bai, and the "river town" he mentions is today's Yangzhou City in Jiangsu Province. Moved by the beautiful scenery depicted in the poem, people at different times have longed to visit Yangzhou in the spring.

Located where Asia's longest river, the Yangtze, meets the world's longest artificial river, the Grand Canal, Yangzhou thrived thanks to the salt trade and is known for its gardens and bridges, sponsored by the salt tycoons of the time, such as those in Slender West Lake and the Geyuan Garden.

When it comes to private gardens, Suzhou City is second to none in the country. The Classical Gardens of Suzhou, which reflect Chinese wisdom and aesthetics to recreate natural landscapes in miniature, are best represented by the Humble Administrator's Garden, the Lingering Garden, the Master of the Nets Garden and others, which were added to the UNESCO World Heritage List in 1997 and 2000. 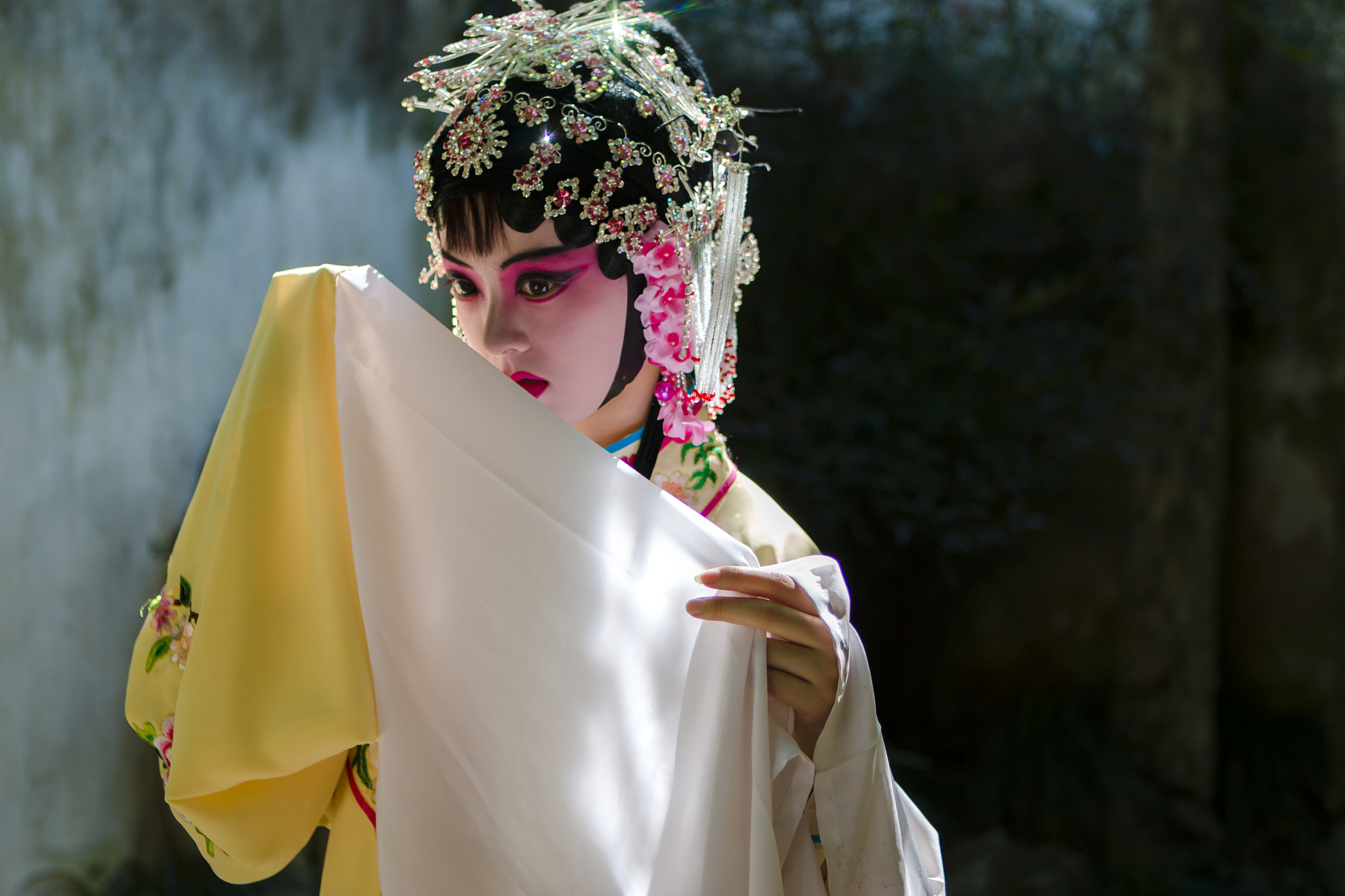 After touring the gardens, do not forget to take in a Kunqu Opera show. Reputed as the "ancestor of Chinese dramas," Kunqu Opera originated in Kunshan in Suzhou City in the mid-14th century and dominated Chinese theater from the 16th to the 18th centuries. This synthesis of drama, opera, ballet, poetry recital, and musical recital will help you better understand the essence of Chinese dramas.

There is a Chinese saying, "Above there is heaven; below there is Suzhou and Hangzhou", referring to the breathtaking beauty of the region.

Hangzhou, the capital of Zhejiang Province, has long been synonymous with West Lake: the lake has influenced poets and painters throughout Chinese history with its natural beauty and historic relics, and has been an important source of inspiration for Chinese garden designers. Leifeng Pagoda on the banks of the lake is also associated with the Chinese folk story "The Legend of White Snake," which tells the romance between a snake spirit White Lady and scholar Xu Xian.

In the triangle formed by Hangzhou, Suzhou and Shanghai, you will find a number of ancient water towns, such as Wuzhen and Xitang, featuring waterways, stone bridges and pathways, and wood and brick houses. A boat trip around any of the towns gives you a chance to discover how local people have lived with and relied on water for generations in the region south of the Yangtze River.

A Chinese saying notes that the landscape of Yellow Mountain in Anhui Province belittles that of other mountains in China, so you can see how much the mountain is valued by Chinese people. 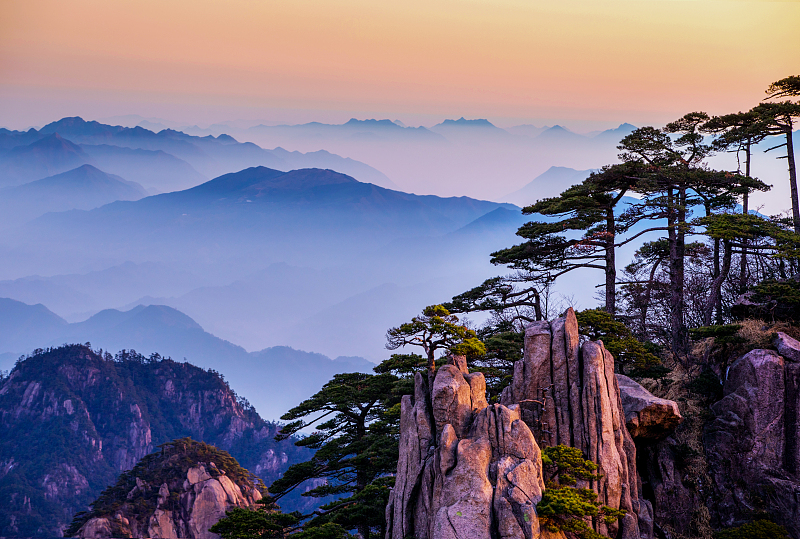 Yellow Mountain has enjoyed a long reputation thanks to both its magnificent scenery and its significance to Chinese art and literature. Known for its grotesquely-shaped rocks, ancient gnarled trees and numerous granitic peaks emerging through a perpetual sea of clouds, Yellow Mountain has held a magnetic fascination for poets, painters and photographers throughout history, and even inspired the traditional Chinese landscape painting genre of shanshui (mountains and waters). A visit to the hot springs is another gift the mountain offers after a day of climbing.

At the foot of the mountain there are two 900-year-old villages of Xidi and Hongcun that have preserved the original appearance with Hui-style architecture and decorations. Spending a night there may transport you back to ancient times, far from urban noise to a place with only natural beauty.