Download
IMF projects China's economy will grow by 8.4% in 2021
CGTN 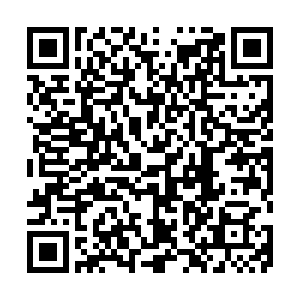 China's economy is projected to expand by 8.4 percent in 2021, the International Monetary Fund (IMF) said Tuesday.

The figure is 0.3 percentage points above the IMF's January prediction and would mark the country's strongest growth rate since 2011, according to the latest World Economic Outlook (WEO) released at the start of the IMF's and World Bank's spring meetings.

China was the only major economy to expand in 2020, posting an annual GDP growth of 2.3 percent.

"Among emerging market and developing economies, China had already returned to pre-COVID GDP in 2020, whereas many others are not expected to do so until well into 2023," the IMF said, noting that its forecast for China is much higher than other major economies, including the United States, Germany and France, although behind India.

The world's second-largest economy has set its GDP growth rate at over 6 percent for 2021 as its economic recovery gathers steam.

According to the IMF, China's economic growth in the next year is expected to slow to 5.6 percent. Pre-COVID-19 risk factors continue to be relevant, for instance, "tensions between the United States and China remain elevated on numerous fronts, including international trade, intellectual property, and cybersecurity," it said.

The global economy is meanwhile projected to grow by 6 percent in 2021, a rate unseen since the 1970s, thanks to unprecedented policy responses to the COVID-19 pandemic.

However, the IMF saw the possibility of financial risk, since an interest rate climb may bring negative effects to vulnerable emerging and developing economies. Although global economies are waiting to see the impact of the U.S. stimulus package, Michael R. Powers, a professor from the Department of Finance at Tsinghua University's School of Economics and Management warned that governments should be transparent and cautious about economic actions to prevent another Taper Tantrum or economy overheats.

Powers also said that concerns about rising debt and other massive support from governments around the world, especially in the U.S., was "natural" but argued that such support was expected in an economic crisis. Although there will always be doubt about the outcome, Powers said economic growth in the future will justify the investment, and he was as optimistic as the IMF and other entities in their forecasts.

Regarding the recent meltdown of Archegos and voices supposing it to be a sign of leverage reaching an alarming level – or even of a financial crisis triggered every 10 years – Powers suggested waiting and seeing how the situation goes. "So far it appears to be just a single unfortunate case… from a bigger perspective, it will have a minimal impact on the economy."