Download
The U.S. is exporting instability and war, not freedom and democracy
Dennis Etler Editor's note: Dennis Etler is a current affairs commentator who holds a doctorate in anthropology from the University of California, Berkley. He conducted archaeological and anthropological research in China throughout the 1980s and 1990s and taught at the college and university level for over 35 years. This is the second piece of his series on the U.S. "exporting" chaos to other countries. The article reflects the author's opinions and not necessarily the views of CGTN.

The U.S. tries to portray itself as the global champion of "freedom and democracy." But what do those words really mean when used by the U.S.?

History shows that when the U.S. talks about freedom, they are really talking about their own freedom to do as they please, and when they talk about democracy, they actually mean the installation of regimes that cater to U.S. demands and follow U.S. orders.

Let's look at some examples. In America's own backyard, it has stage-managed one coup after another to install military juntas that do its bidding. When the people rise up to demand true freedom and real democracy, the U.S. supports mercenaries and death squads to quell their uprisings. And if all else fails, the U.S. will simply invade and remove from power anyone who stands in its way.

Throughout the 20th century and into the 21st century, we've seen this play out in Cuba, Nicaragua, El Salvador, Haiti, the Dominican Republic, Grenada, Guatemala, Honduras, Panama, Venezuela, Columbia, Ecuador, Bolivia, Peru, Chile, Argentina, and Brazil. Only when a pro-American political power is installed is a country considered free and democratic.

What about Oceania? After Western contact in the late 1700s, Hawaii was decimated by disease. From an original native population in the hundreds of thousands, by the time the U.S. annexed it in 1898, the population had fallen to about 30,000 pure-blooded Hawaiians. It is now estimated that only 8,000 full-blooded Hawaiians remain. With statehood in 1960, who gained freedom and democracy? Certainly not the few surviving Hawaiians.

The American conquest of the Philippines in 1898, after victory in the Spanish-American War, led to U.S. troops suppressing the Philippine War for Independence, resulting in the genocide of upwards of 1 million Filipinos.

It was only in 1946, after World War II, that the Philippines gained independence. U.S. influence in the Philippines and other islands it conquered from the Japanese remains very high to this day, another example of American-style freedom and democracy. 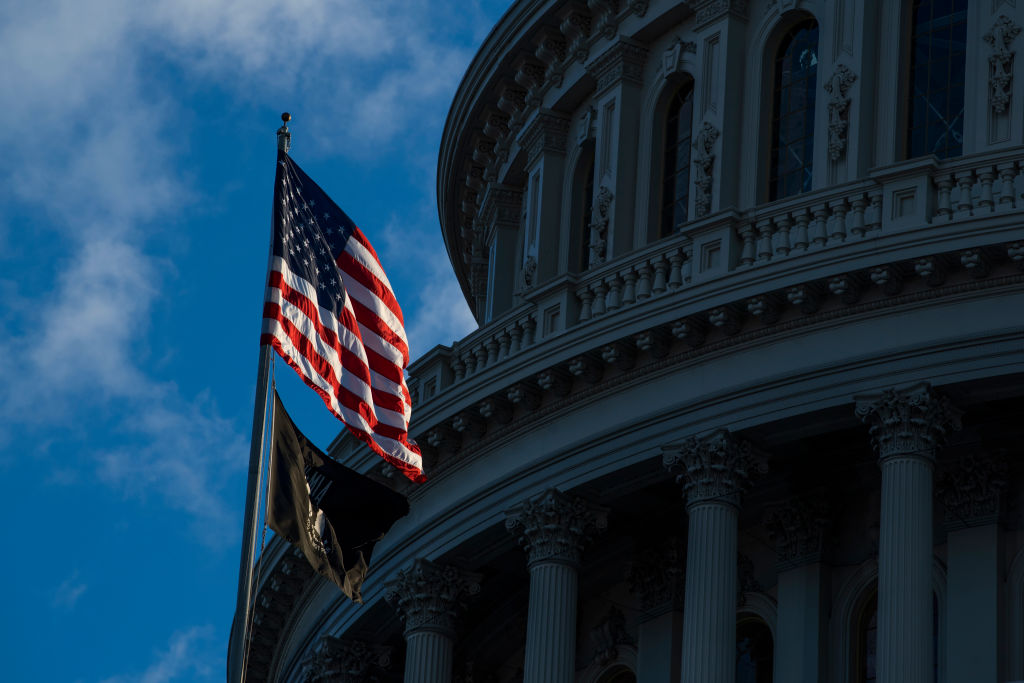 The Capitol before the inauguration where Joe Biden was sworn in as the 46th president of the United States on the West Front of the U.S. Capitol, January 20, 2021. /Getty

The Capitol before the inauguration where Joe Biden was sworn in as the 46th president of the United States on the West Front of the U.S. Capitol, January 20, 2021. /Getty

In East Asia, the export of U.S. freedom and democracy led to the Korean War while in Southeast Asia, it led to the war in Vietnam and the devastation of Vietnam, Laos, and Cambodia. Millions died and were maimed in the name of American freedom and democracy. Meanwhile, in 1965, the U.S. supported a coup in Indonesia that resulted in 1 million being massacred.

It can be seen that the U.S. pursuit of freedom and democracy around the world is simply a cover for its quest for regional and global hegemony. If a country allows U.S. bases, it is considered part of the so-called "free world." If it has a pro-American government, it is either considered democratic or its lack of American-sanctioned democracy goes unnoticed. In fact, the U.S. supports all sorts of governments that lack the most rudimentary aspects of what it considers "democracy," so its support for it rings hollow.

What has been the result of America's worldwide quest for "freedom and democracy?" Nation after nation reduced to ruins and their citizens reduced to poverty. For every American soldier who needlessly lost their lives, 100 "enemy" soldiers and civilians lost theirs.

Rather than receiving the American gift of "freedom and democracy," they received in return death and destruction. While the U.S. mourns its few thousand war dead with solemn ceremonies, the victims of U.S. preemptive wars of aggression number in the tens of millions and go unnoticed and forgotten by the Americans who slaughtered them.

No one but those who act as apologists for U.S. imperialism should take its call for "freedom and democracy" seriously, and those that do are either delusional or stone-cold liars. True freedom and real democracy can only be established by the self-determination of the people of any given nation.

Freedom and democracy cannot be imported or imposed from abroad. It can only develop through the people's own struggles as they seek to forge their own destiny.