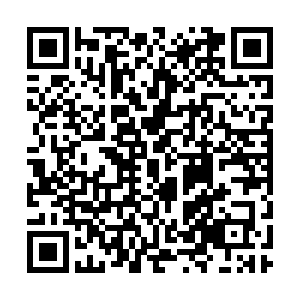 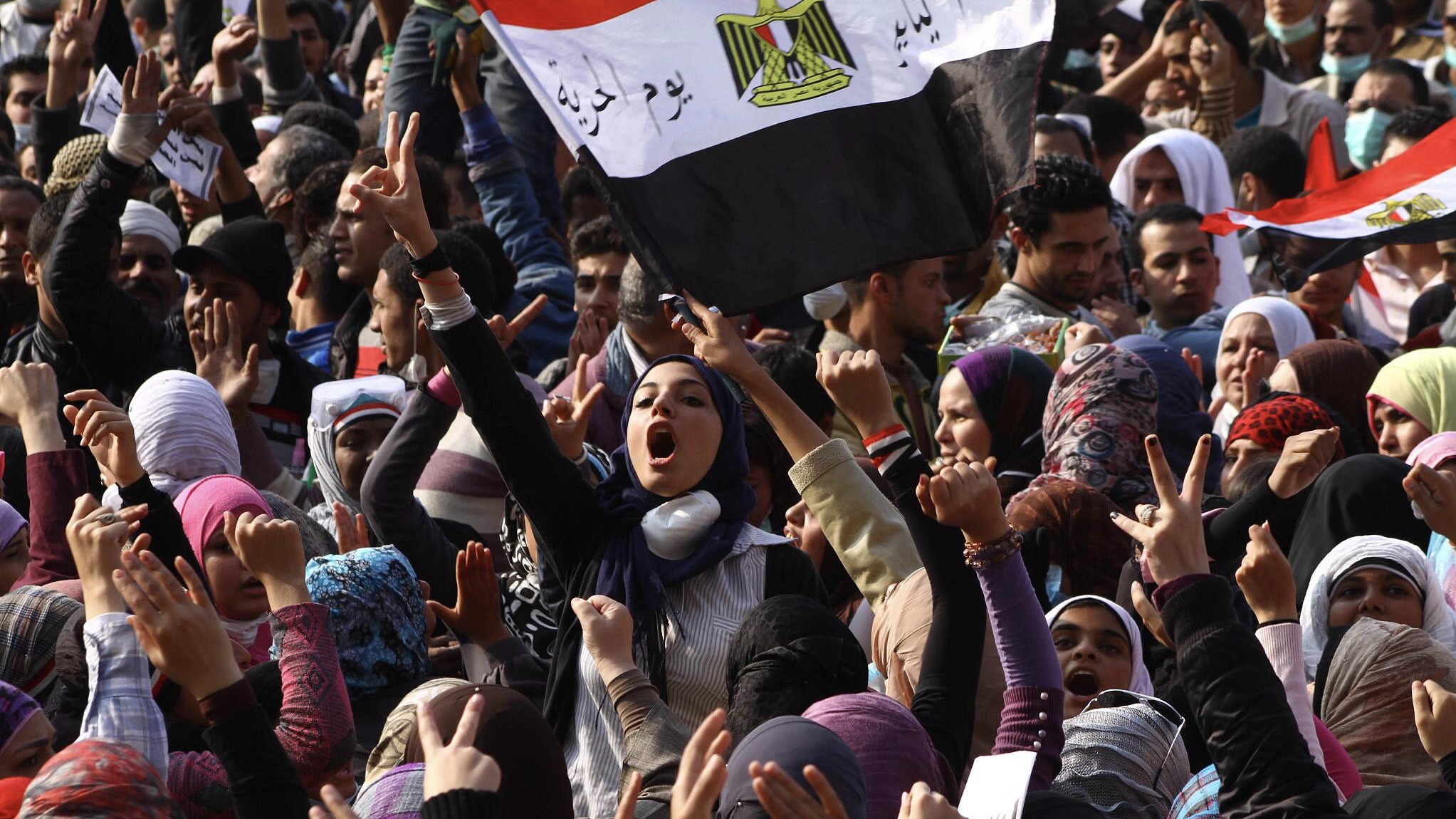 Thousands of Egyptian protesters attend, a rally in Tahrir Square to demand an end to military rule, in Cairo, Egypt, November 22, 2011. / VCG

Thousands of Egyptian protesters attend, a rally in Tahrir Square to demand an end to military rule, in Cairo, Egypt, November 22, 2011. / VCG

Editor's note: Dennis Etler is a current affairs commentator who holds a doctorate in anthropology from the University of California, Berkley. He conducted archaeological and anthropological research in China throughout the 1980s and 1990s and taught at the college and university level for over 35 years. This is the third piece of his series on the U.S. "exporting" chaos to other countries. The article reflects the author's opinions and not necessarily the views of CGTN.

It has been ten years since the advent of the Arab Spring. It may be asked, what have its lessons been?

All societies develop in an uneven fashion, leading to the development of internal and external contradictions. It is the correct handling of these contradictions that allows a society to overcome obstacles and advance. So it is that the people's just demands for social and economic justice becomes an issue that must be resolved for society to prosper.

These social and economic contradictions, however, cannot be resolved in the age of U.S. imperialism without the proper leadership. That leadership must carry the struggle to advance society past the stage of "American-style democracy" to the stage of New Democracy as occurred in China. That means it must be led by a coalition of patriots committed to establishing an anti-imperialist sovereign state that lays the foundation for national development and rejuvenation.

Without that leadership and without that goal any such movement will be sabotaged and co-opted by U.S.-sponsored neoliberals and handed over to the U.S. on a silver platter, or it will fail and the status quo ante will reassert itself. The idea that the spontaneous and leaderless Arab Spring could deliver true freedom and real democracy was a delusion.

The Arab Spring was supposed to be the harbinger of "freedom" and "democracy" against "corrupt autocratic dictatorships." But, were the targeted "regimes" any more corrupt than the Western governments that demanded their downfall? And what happened? One Arab nation after another descended into chaos and anarchy, allowing the agents of imperialism to try and seize control and destroy whatever elements of national self-determination existed within the Arab world. Fortunately, in the face of severe challenges, some countries were able to maintain their commitment to national sovereignty, stymying the imperialist goal of total subjugation of the Middle East.

The U.S. and its NATO allies tried to use the Arab Spring to push their own agenda in North Africa and the Middle East. Without regard to the sovereignty of the Arab nations or the interests of their people, the U.S. supported the uprisings in order to set the stage for the destruction of one Arab nation after another. By creating chaos the U.S. saw an opportunity to exert its influence in the region and combat its adversaries. The ultimate result, however, was to give rise to a catastrophic refugee crisis and the spread of terrorism and Islamophobia. 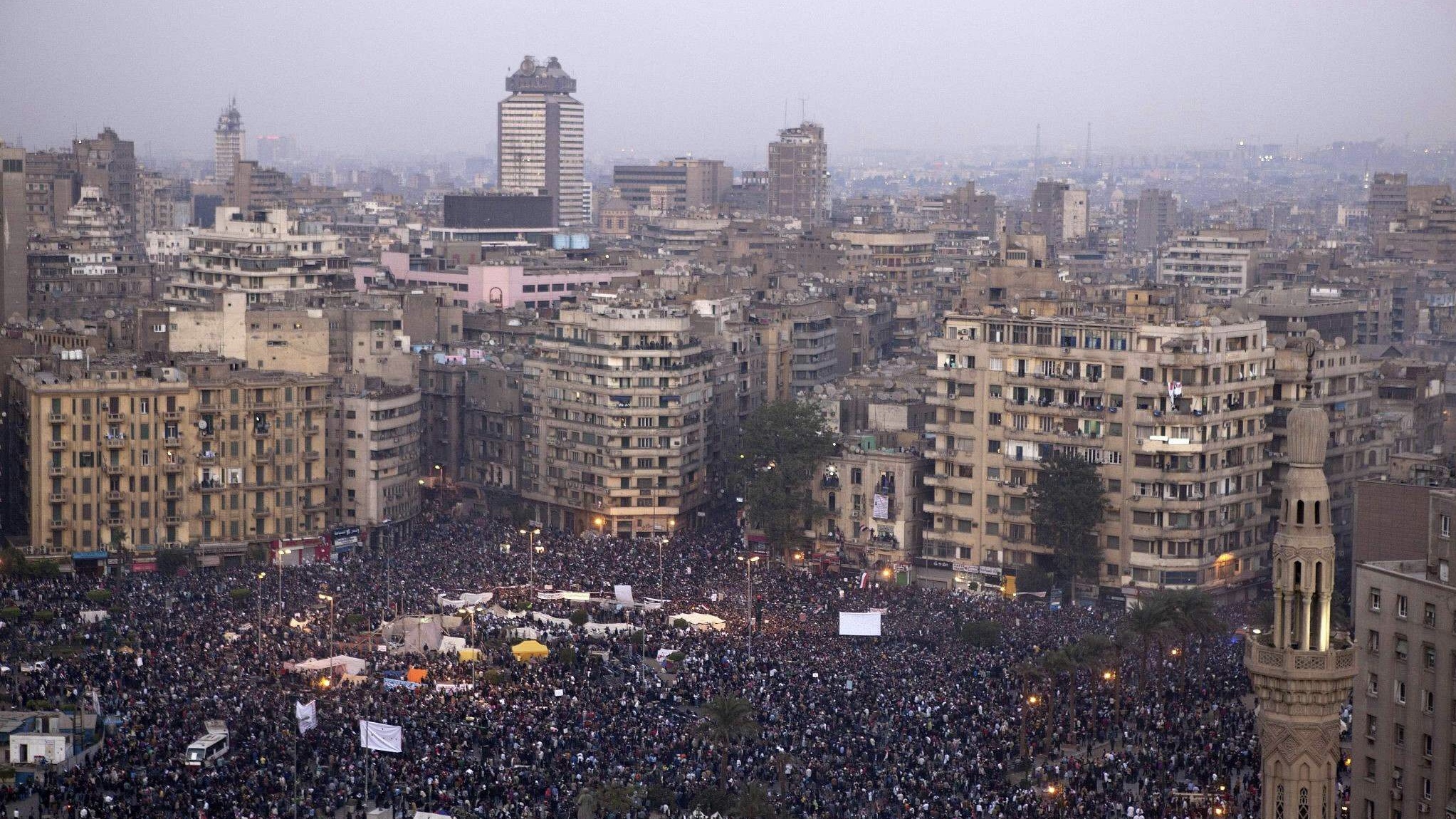 Tens of thousands fill the Tahrir Square to pressure Egypt's military leaders to hand over power to a civilian government, in Cairo, Egypt, November 22, 2011./ VCG

Tens of thousands fill the Tahrir Square to pressure Egypt's military leaders to hand over power to a civilian government, in Cairo, Egypt, November 22, 2011./ VCG

The U.S. neoliberals who heralded and promoted the Arab Spring wanted to see "color revolutions" spread to China, Iran, Russia, and anywhere else that resists Western domination. In the end, the interests of all Western political parties, liberal and conservative, globalist and nationalist coincided in their push for the spread of Western ideology and imperialist cultural, economic, and political hegemony.

When protests spread from Tunisia to other Arab countries their leadership was quickly seized by Western-sponsored liberal forces in competition with outlawed Islamist groups such as the Muslim Brotherhood in Egypt. This opened the door for Western imperialists, led by the U.S., to direct the movement towards internecine conflict and the ultimate destruction of national unity in Libya, Syria, and Yemen. The Arab Spring was also used as a propaganda tool to try and jump-start regime change in China which turned out to be a bad joke.

What became of Tunisia and the other countries that experienced the Arab Spring? The sought after reforms never materialized. The longing for national rejuvenation was short-circuited. The chaos of civil strife did not lead to the sustained growth and development hoped for. That can only be achieved in a stable, peaceful, and secure environment in collaboration with a helping hand as envisioned by China's Belt and Road Initiative.

The human tragedy of civil war and internecine violence fomented and supported by the West has spurred millions to seek refuge far from their homelands. This trail of human woe has been cynically exploited by the very forces that created the crisis to push their own political agendas. The West has cynically used the refugee crisis to further their imperialist campaign of "humanitarian intervention" and their fraudulent "human rights" campaigns which serve as a rationale for their continued attempts to install client regimes subservient to Western interests in the countries they have attacked and destroyed.

In their home countries, the influx of destitute refugees serves the goal of deconstructing the working class and imposing economic austerity which benefits bankers and financiers. Reactionary right-wing fascists use the refugee crisis to opportunistically and demagogically create scapegoats which they use to gain political clout which of course promotes their own selfish interests.

Thus the Arab Spring and the refugee crisis it spawned was the direct result of Western imperialist meddling led by the U.S. It served the purpose of furthering the financial and political interests of the West and should be seen as a cautionary tale in the struggle against U.S. imperialism.