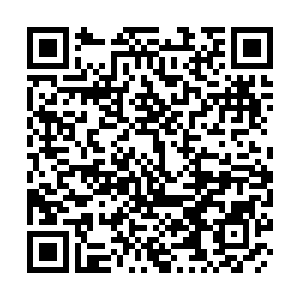 The four-day 2021 Boao Forum for Asia annual conference will kick off on April 18. Japanese Prime Minister Yoshihide Suga will go on a delayed trip on April 16 to meet U.S. President Joe Biden in Washington, D.C.

The Boao Forum for Asia (BFA) will convene its annual conference on April 18 in Boao, a coastal town in China's southernmost province of Hainan, according to official announcements.

This year's conference, lasting until April 21, will focus on global governance and the Belt and Road Initiative, aiming to reshape world growth confidence in the post-pandemic era.

It will be the world's first large-scale on-site international conference in 2021, against the backdrop of the COVID-19 pandemic, and more than 2,000 participants are expected at the conference. Still parts of it will be held virtually in view of pandemic control and travel restrictions.

Last year's conference was canceled due to the raging COVID-19 pandemic.

Founded in 2001, the BFA is a non-governmental and non-profit international organization committed to promoting regional economic integration and bringing Asian countries closer to their development goals.

The meeting between U.S. President Joe Biden and Japanese Prime Minister Yoshihide Suga, scheduled to be held in Washington, D.C., was postponed a week later to April 16 as announced by the Japanese side.

Japan's senior official told reporters that the delay was for necessary preparation ahead of the trip, but Japan's Kyodo news said that the U.S. side made the request for its domestic COVID-19 concerns, citing a Japanese government source.

In preparation for his U.S. trip, the 72-year-old Suga completed his two shots of U.S. pharmaceutical company Pfizer's COVID-19 vaccine.

Suga will be the first foreign leader to meet Biden in person since the U.S. president took the office in January. Japan was also the first destination of the U.S. Secretary of State Antony Blinken's overseas trip.

The meeting is reportedly expected to be a reaffirmation of the U.S.-Japan alliance including joint efforts in a "free and open Indo-Pacific region." A range of issues related to pandemic responses, climate change and fresh missile tests conducted by Democratic People's Republic of Korea are also expected to be part of the discussion.