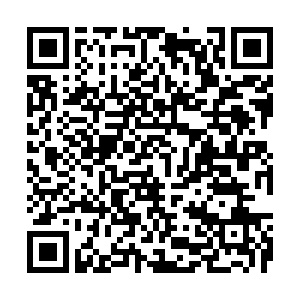 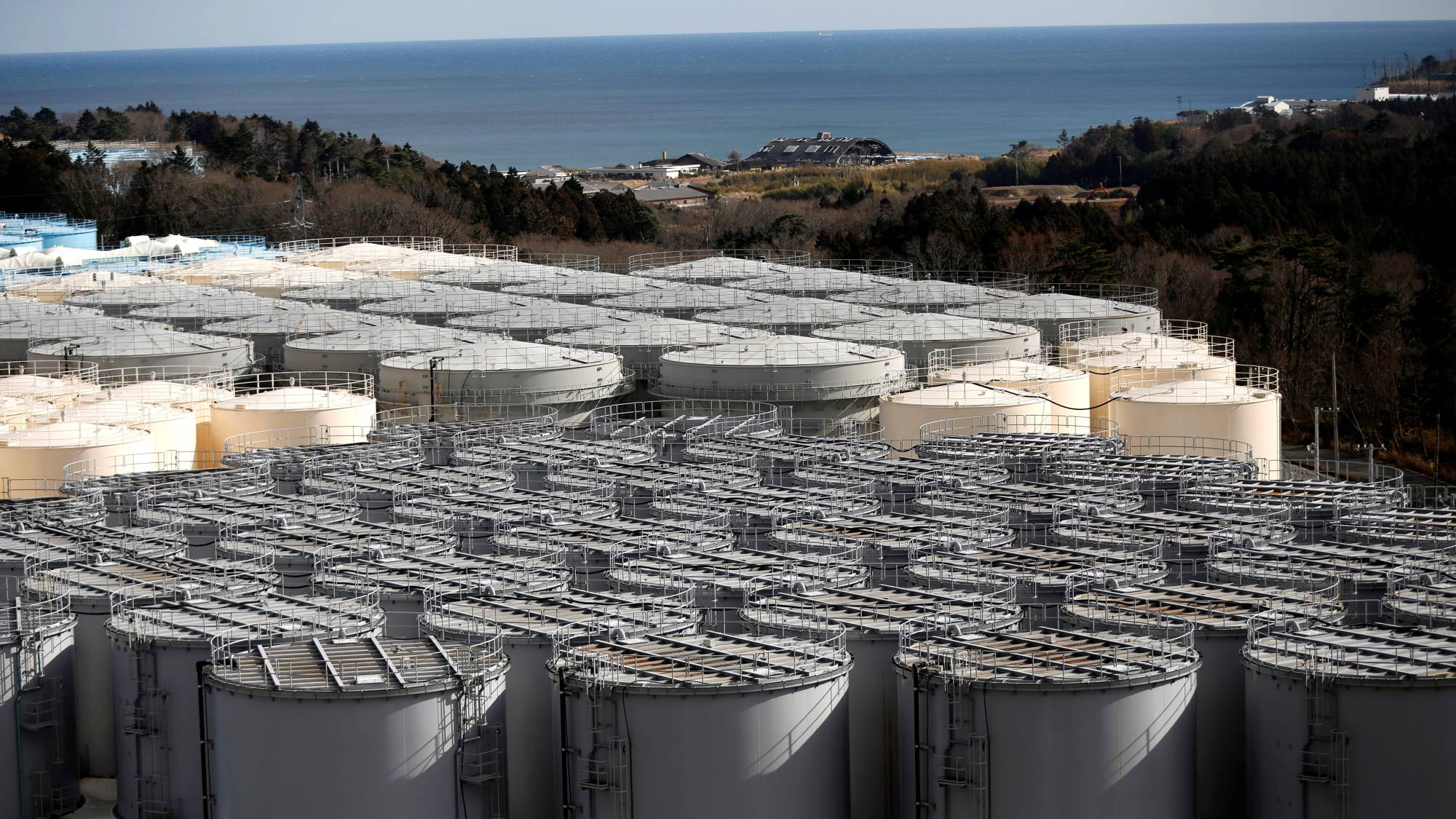 Outrage is mounting at home and abroad over Japan's plan to dispose of 1.25 million tons of radioactive water accumulated at the wrecked Fukushima Daiichi nuclear power plant into the Pacific Ocean. On Tuesday, The Japanese government decided to go ahead with the controversial solution to a 10-year-long crisis following the March 2011 earthquake and tsunami.

The Fukushima plant, operated by the Tokyo Electric Power Company (TEPCO), is running out of storage space for the massive amount of water used to cool the damaged reactors, and the government believes slowly discharging the contaminated water into the sea is the best option.

The plan was shelved last year due to strong opposition from environmental groups and the fishery industry. An alarming report from Greenpeace at the time warned that radioactive residues in the water could damage human DNA.

However, the International Atomic Energy Agency supported the decision, saying this disposal method is common practice. TEPCO says its processing system removes most radioactive material except tritium from the water stored in more than 1,000 tanks, though the Greenpeace investigation says otherwise.

Despite the UN nuclear agency's backing and repeated reassurances from authorities that the practice is safe, the Japanese public and the international community still find such an idea hard to stomach. 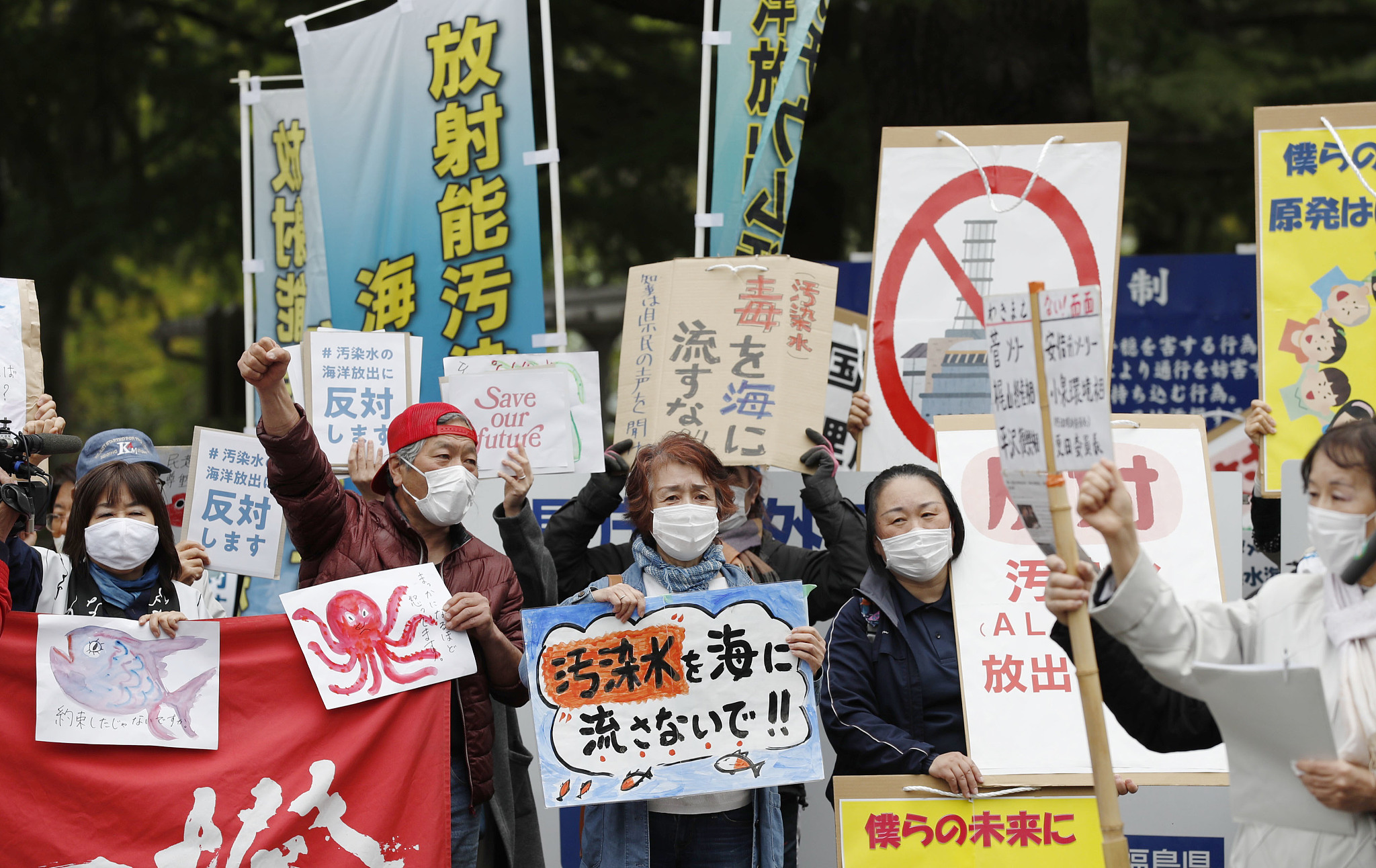 Residents and civil groups protest against the government's decision to release nuclear wastewater into the ocean in Fukushima, Japan, April 13, 2021. /CFP

Residents and civil groups protest against the government's decision to release nuclear wastewater into the ocean in Fukushima, Japan, April 13, 2021. /CFP

In Japan, distrust of TEPCO runs deep. The Japanese energy giant and the government's mishandling of the Fukushima nuclear disaster, the worst the world has seen since Chernobyl, has further undermined public confidence in nuclear energy and raised serious questions about transparency and accountability at the country's nuclear facilities.

TEPCO has had an extensive, documented history of corporate misconduct that not only exposed its nuclear reactors to safety risks but cast a dark shadow over Japan's nuclear industry.

In late 2002, a string of media reports, government and internal investigations revealed that TEPCO was guilty of false reporting in a routine governmental inspection of its nuclear plants and systematic concealment of plant safety incidents.

The utility admitted to covering up over 200 cases of damage at its nuclear power plants, including cracks in nuclear reactor shrouds, through falsifying records and inspection reports. The revelation led to the temporary shutdown of all 17 of TEPCO's nuclear reactors as well as the resignation of five top executives, including the president and the chairman.

This was not the first incident that tarnished TEPCO's corporate image and fueled public distrust in Japan's nuclear industry, nor the last.

In the years after the originally public utility went private in 1951, TEPCO had enjoyed its dominant position as the de facto monopoly in the business. The firm, which led the charge in developing nuclear power in Japan, benefited from policy incentives as the resource-poor nation persistently pursued the construction of nuclear plants to reduce its dependence on foreign energy sources.

Having drenched itself in the political support as well as the media connections cultivated by its extravagant spending in advertising, the electric power giant became almost untouchable as it survived one scandal after another.

Meanwhile, Japan's nuclear industry was expanding in the context of lax government regulations. Making nuclear development a national priority meant that regulatory bodies were inclined to turn a blind eye to warnings in order for nuclear power operators like TEPCO to save cost.

For decades, the Nuclear and Industrial Safety Agency, one of Japan's nuclear watchdogs, was part of the Ministry of Economics, Trade and Industry, which has an obligation to promote nuclear power. It was not until 2012 when the underlined conflict-of-interest issues were raised that the agency was replaced by a new one to be supervised by the Ministry of the Environment. 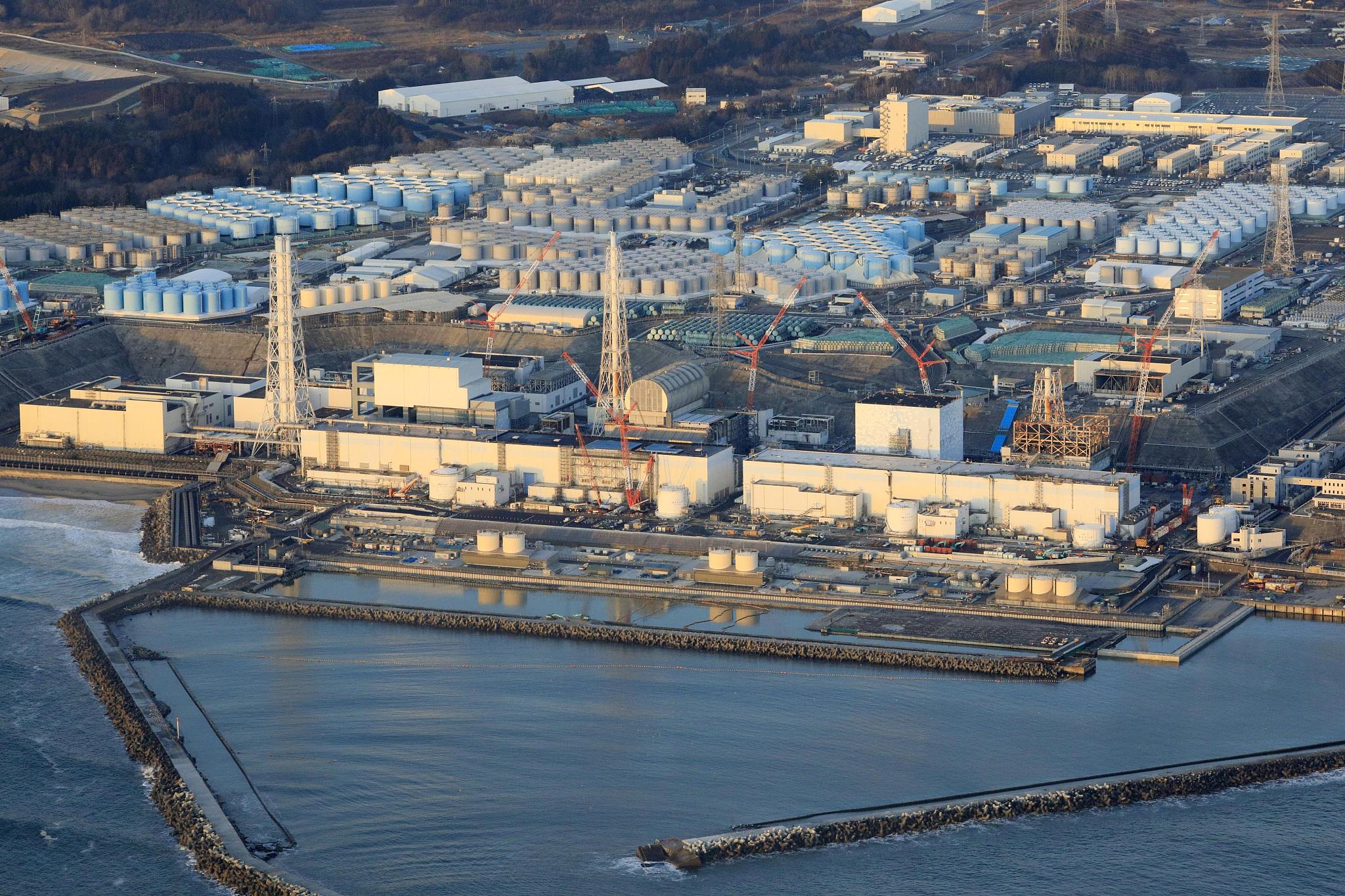 But on top of it all, what remains as a perpetual source of contention is that Japan is very seismically active, which makes it highly questionable whether the country is suitable to store nuclear stations at all. Many scientists have suggested that building dozens of these facilities on earthquake-prone islands is like playing with fire.

In 2007, TEPCO's Kashiwazaki-Kariwa Nuclear Power Plant, once the world's biggest, was forced to shut down after a 6.8-magnitude offshore earthquake caused a fire and radiation leaks there. While the company claimed the incident was unforeseeable, it later admitted that it did not have the plant built to weather such a tremor.

This nuclear meltdown became the perfect epitome of what could go wrong in Japan's longtime corporate, political and industrial negligence. But that didn't prompt enough redemptive actions.

The hazardous effect of this toxic culture reached its full potential in the 2011 Fukushima meltdowns. In the immediate aftermath, the government and TEPCO said it was a natural disaster, but a 2012 inquiry found that it was a "profoundly man-made disaster." 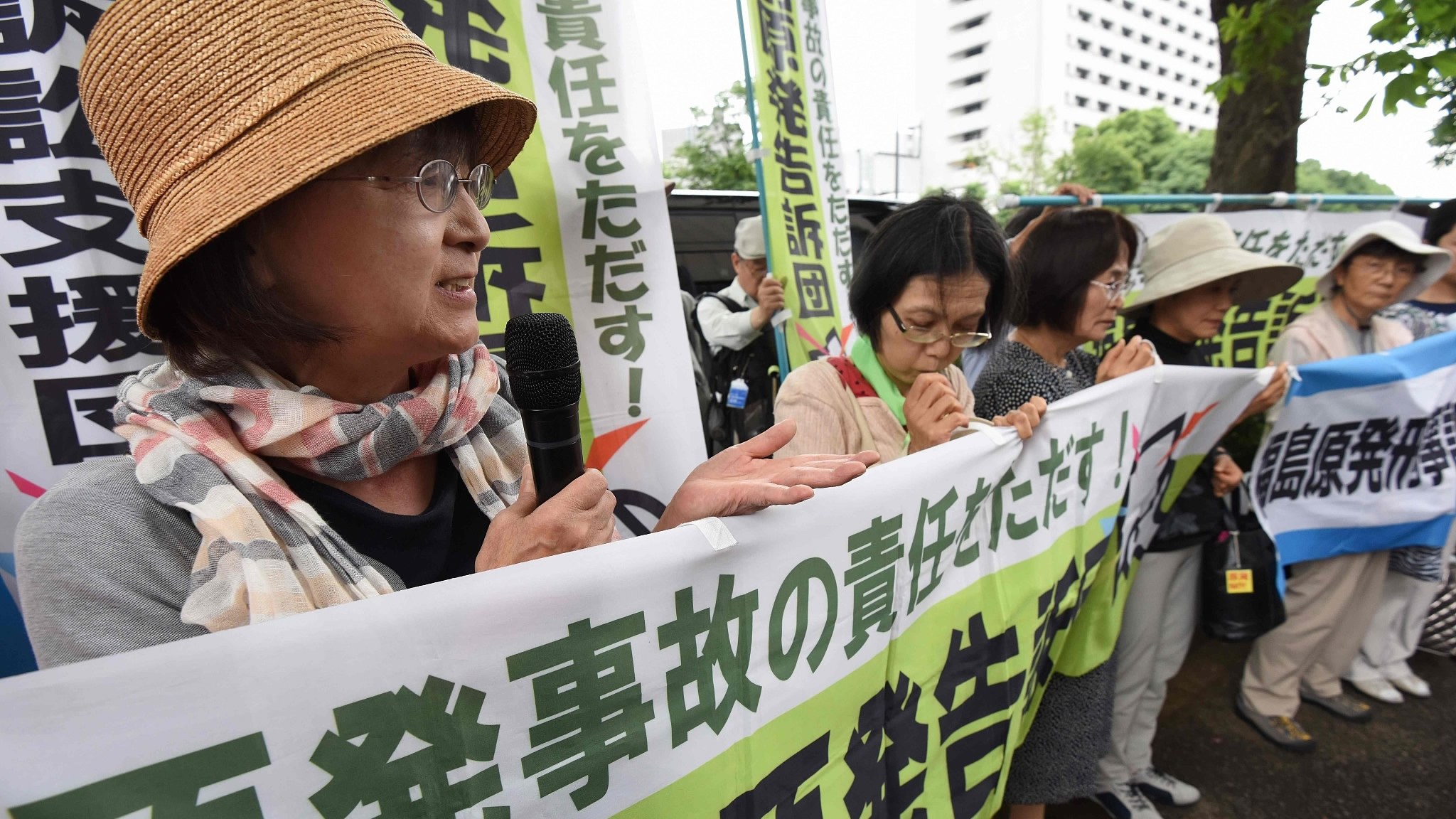 People protest before the trial of three former TEPCO executives in front of the Tokyo District Court in Tokyo, Japan, June 30, 2017. /VCG

People protest before the trial of three former TEPCO executives in front of the Tokyo District Court in Tokyo, Japan, June 30, 2017. /VCG

The company is now liable for trillions of yen in compensation from Fukushima-related lawsuits.

In the years that followed, TEPCO's reputation took a series of beating after the company was forced to admit that it had underreported the amount of radiation from the 2011 disaster and that 70 percent of the water stored at the Fukushima site contained dangerous radioactive substances other than just tritium.

An internal document obtained by London-based The Telegraph in 2018 indicated that the Japanese government had been aware of TEPCO's consistent failure to decontaminate wastewater.

In 2013, a leak of highly contaminated wastewater at Fukushima prompted an active ban from South Korea on fish imports from along Japan's northeast coast. Today, fish and agriculture produce from Fukushima still face import restrictions from 15 countries and regions. Japan's decision to release Fukushima wastewater threatens to annihilate the progress gained from decade-long efforts by the prefecture's fishing industry to rebuild its reputation. 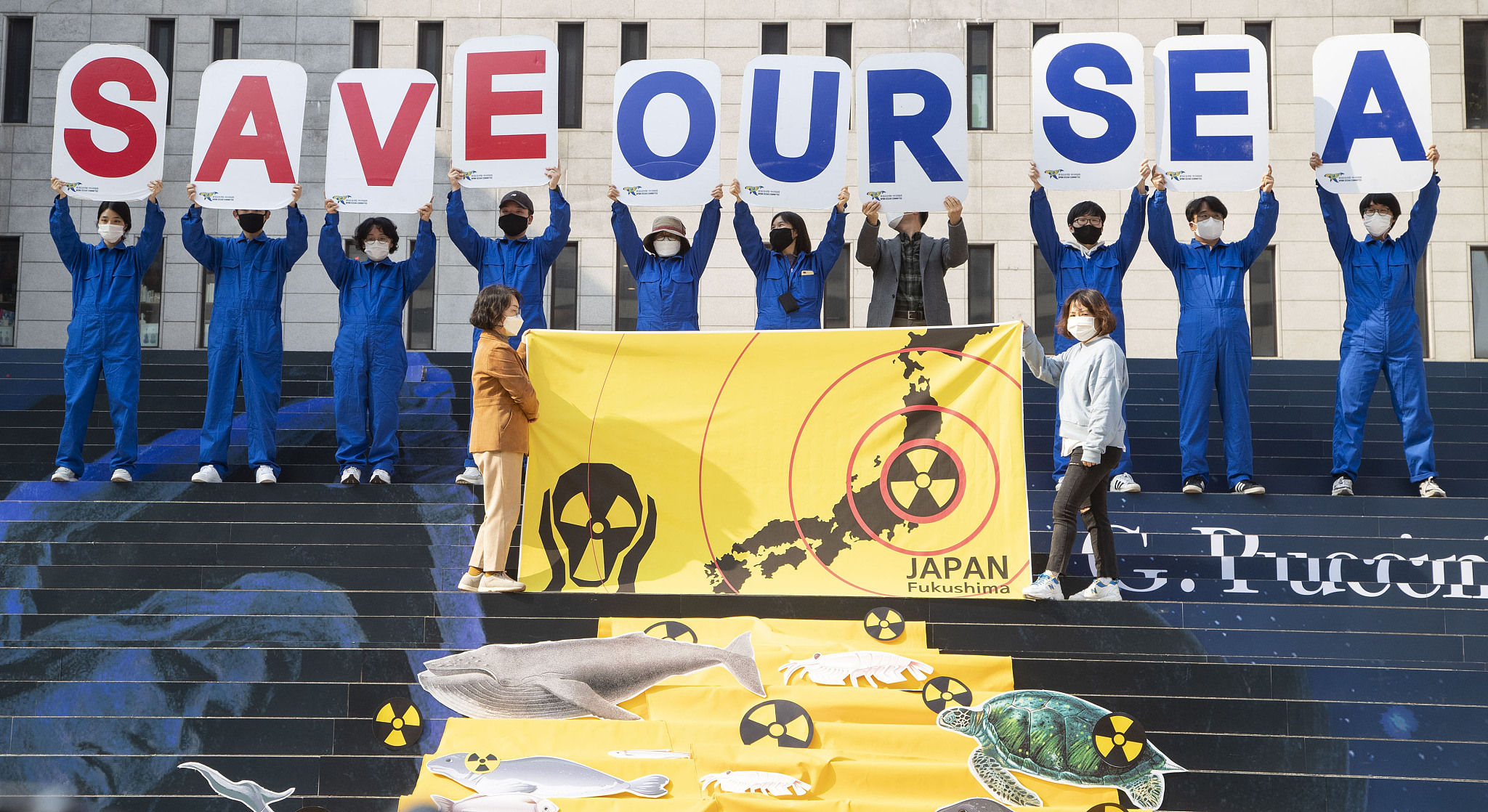 Environmentalists hold a demonstration against Japan's plan to discharge Fukushima wastewater into the sea in Seoul, South Korea, October 26, 2020. /CFP

Environmentalists hold a demonstration against Japan's plan to discharge Fukushima wastewater into the sea in Seoul, South Korea, October 26, 2020. /CFP

"The ocean is humanity's future granary and pasture, and the ocean economy is becoming a bigger part of every country's economy. Japan's decision will have a huge adverse impact on the exploitation and utilization of the ocean in the future," Yang Zhen, deputy director of the Center for Northeast Asia Studies at Shanghai University of Political Science and Law, told CGTN.

Earlier modeling by Germany's GEOMAR Helmholtz Centre for Ocean Research showed that it takes just 57 days for radioactive materials released into the ocean with Fukushima wastewater to spread over most of the Pacific and a decade to reach all oceans.

While the long-term environmental impact of this is yet to be determined, suffice to say that no one country can afford to leave room for insufficient safety measures and miscommunication when the planet is at stake.