Download
Graphics: A closer look at fatal police shootings in the U.S.
By Hu Xuechen 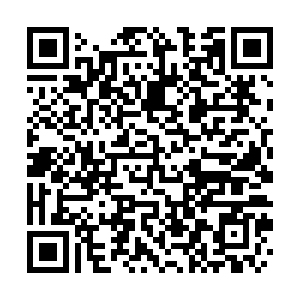 As testimony continues in week three of the trial of former Minneapolis police officer Derek Chauvin over the death of George Floyd, the U.S. has also seen more high-profile cases of police brutality. 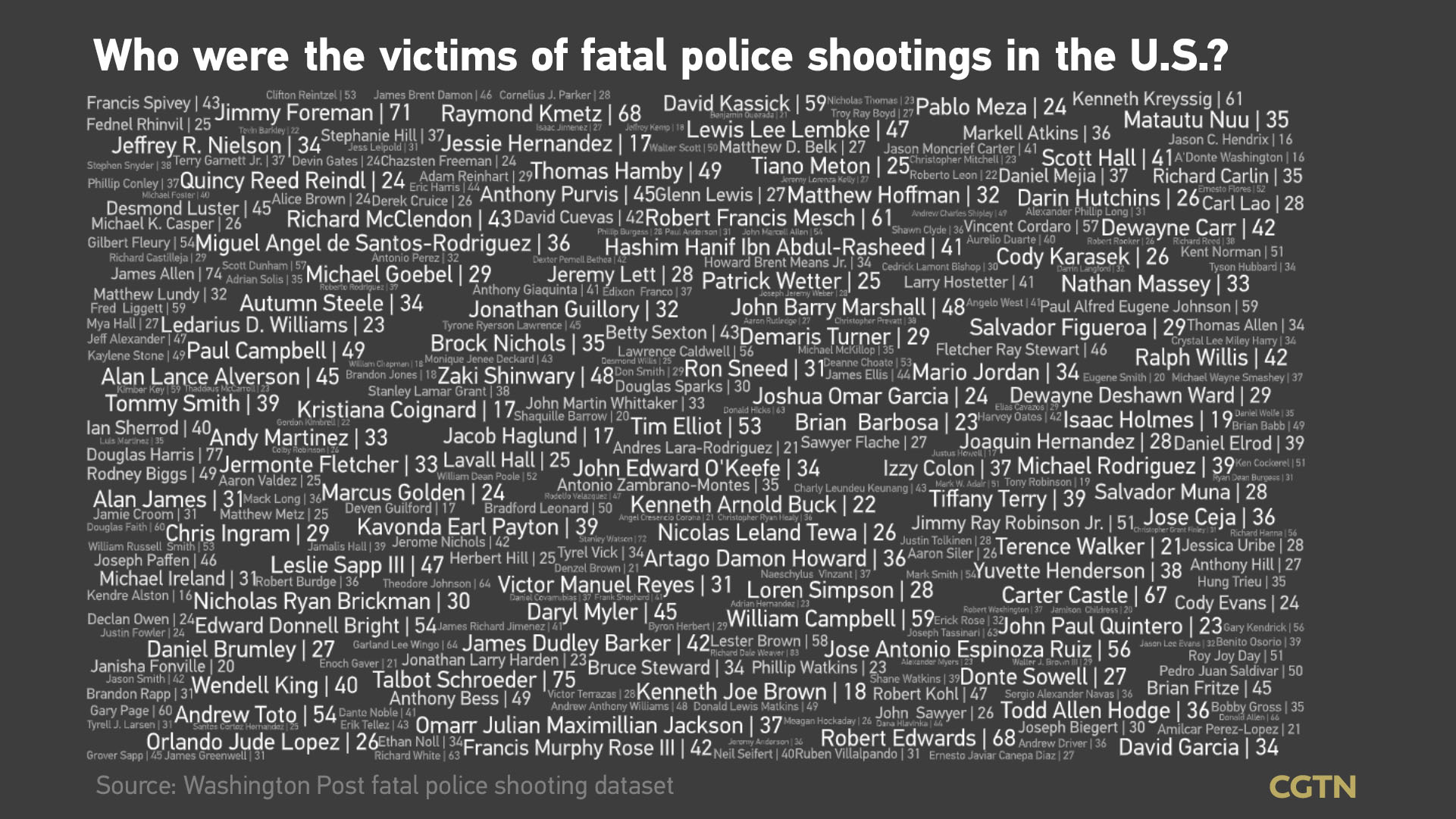 From 2015 to March 26, 2021, a total of 6,163 people had been fatally shot by police in the U.S, 20 times more than the names shown in the picture above, according to the Washington Post dataset. The number of annual fatal gun shootings has grown steadily since 2016, and exceeded 1,000 by 2020. In the first four months of 2021, the country has already seen more than 200 people deadly shot by the police. 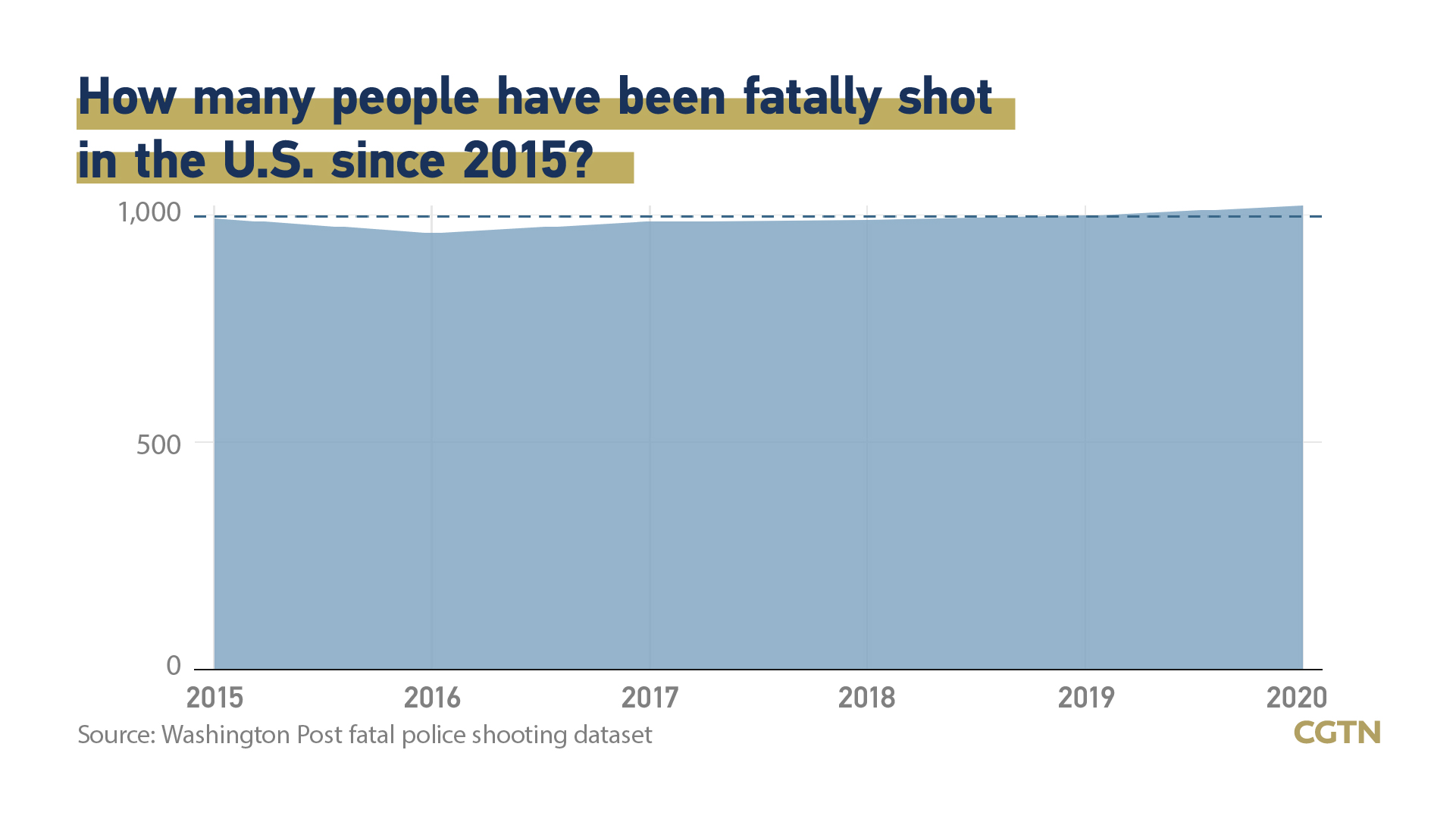 Andre Maurice Hill, a black man at the age of 47, was one of the victims. Hill was fatally shot by Adam Coy, then police officer, at the garage of a home where Hill was a guest. That was two days before Christmas Eve of 2020. Coy and another police officer approached the garage at 1:30 a.m. after responding to a call that a person in a vehicle had been turning the engine on and off. Coy said he thought he saw a gun in Hill's hand. But no weapon was found.

Hill had not committed a crime and the two officers failed to activate their body-worn cameras before the shooting. 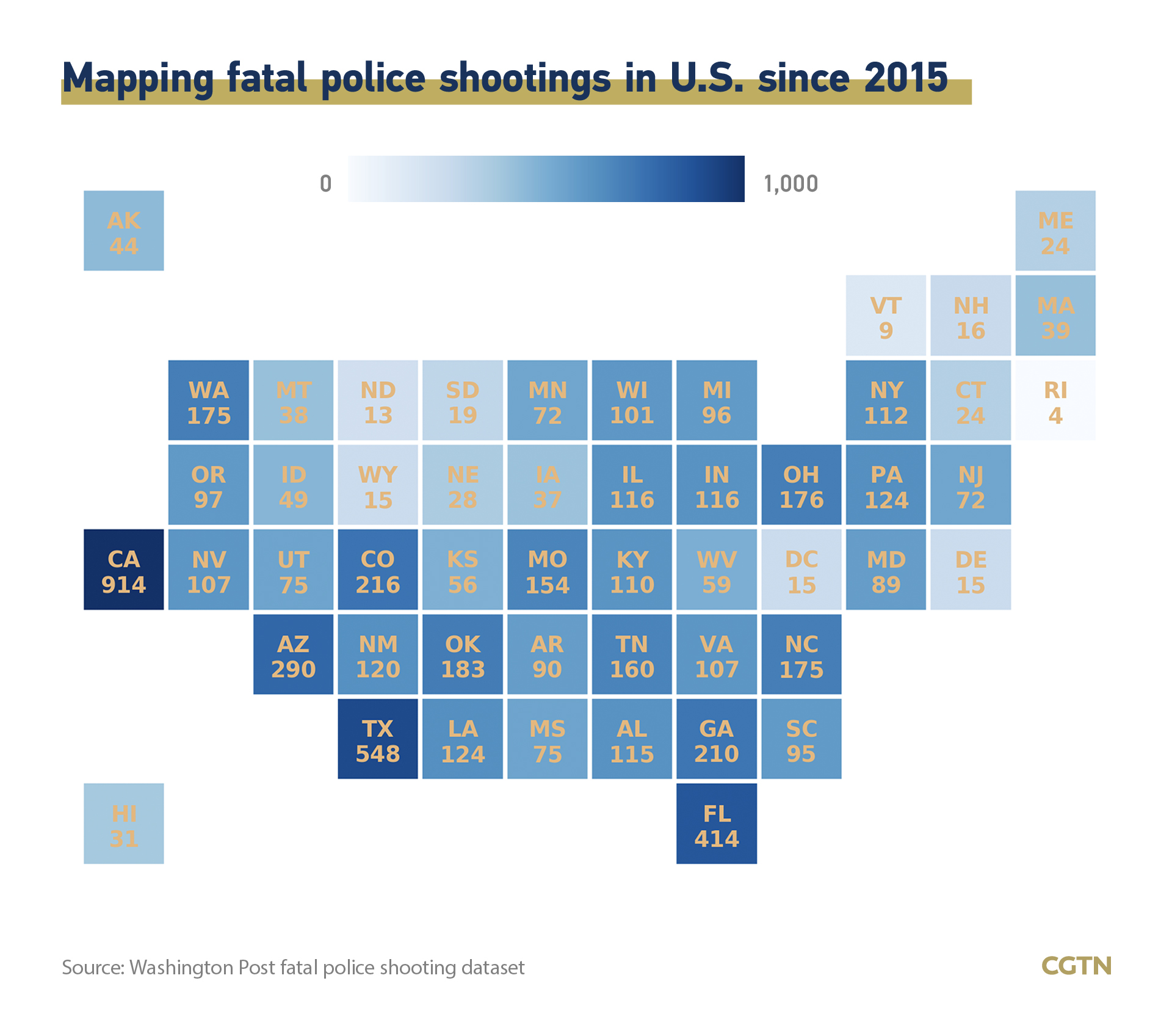 Andre Hill was one of the 176 victims in Ohio since 2015. However, the state is not the worst state in terms of police brutality. Most of the shootings took place in the West and South of the country. 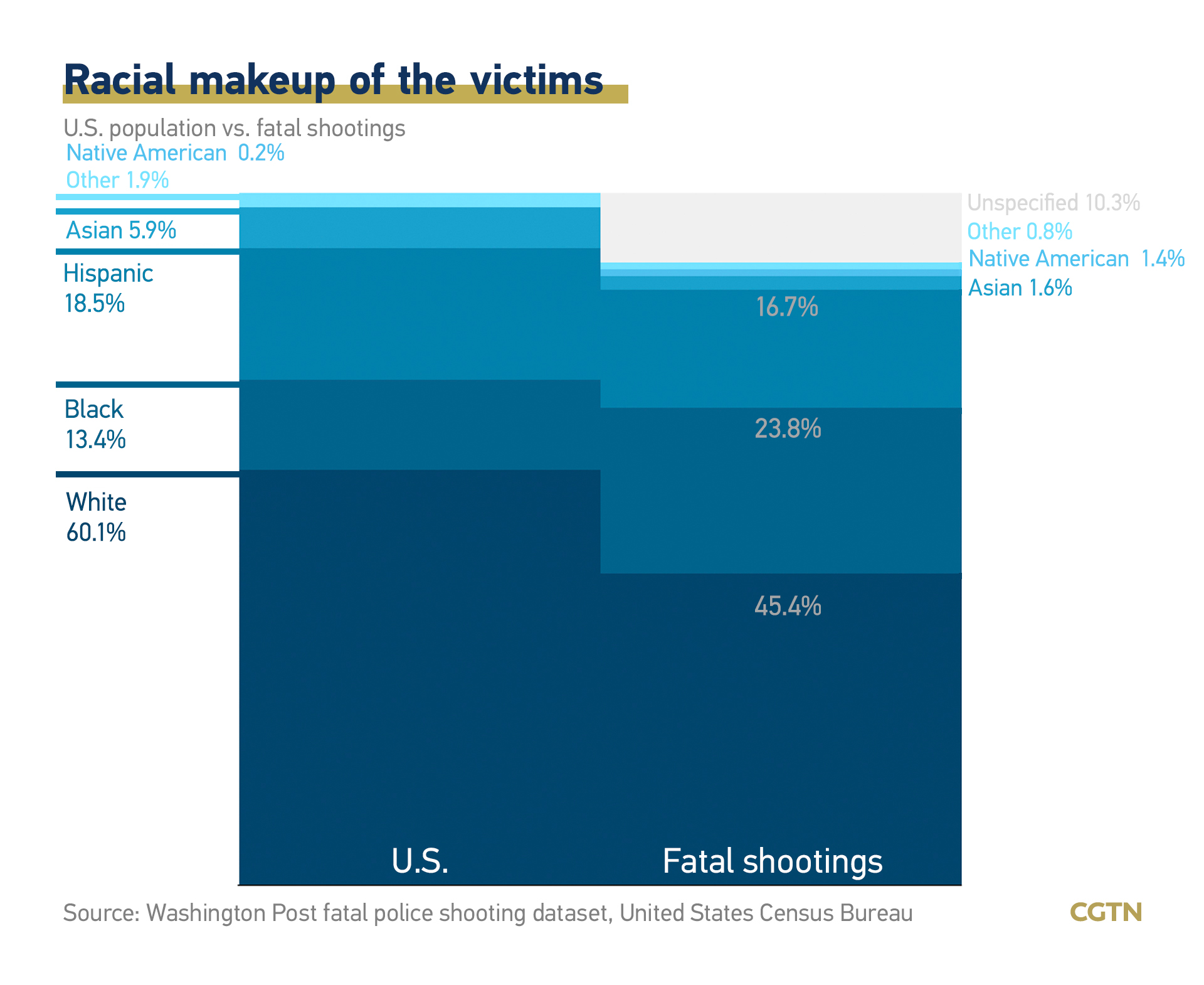 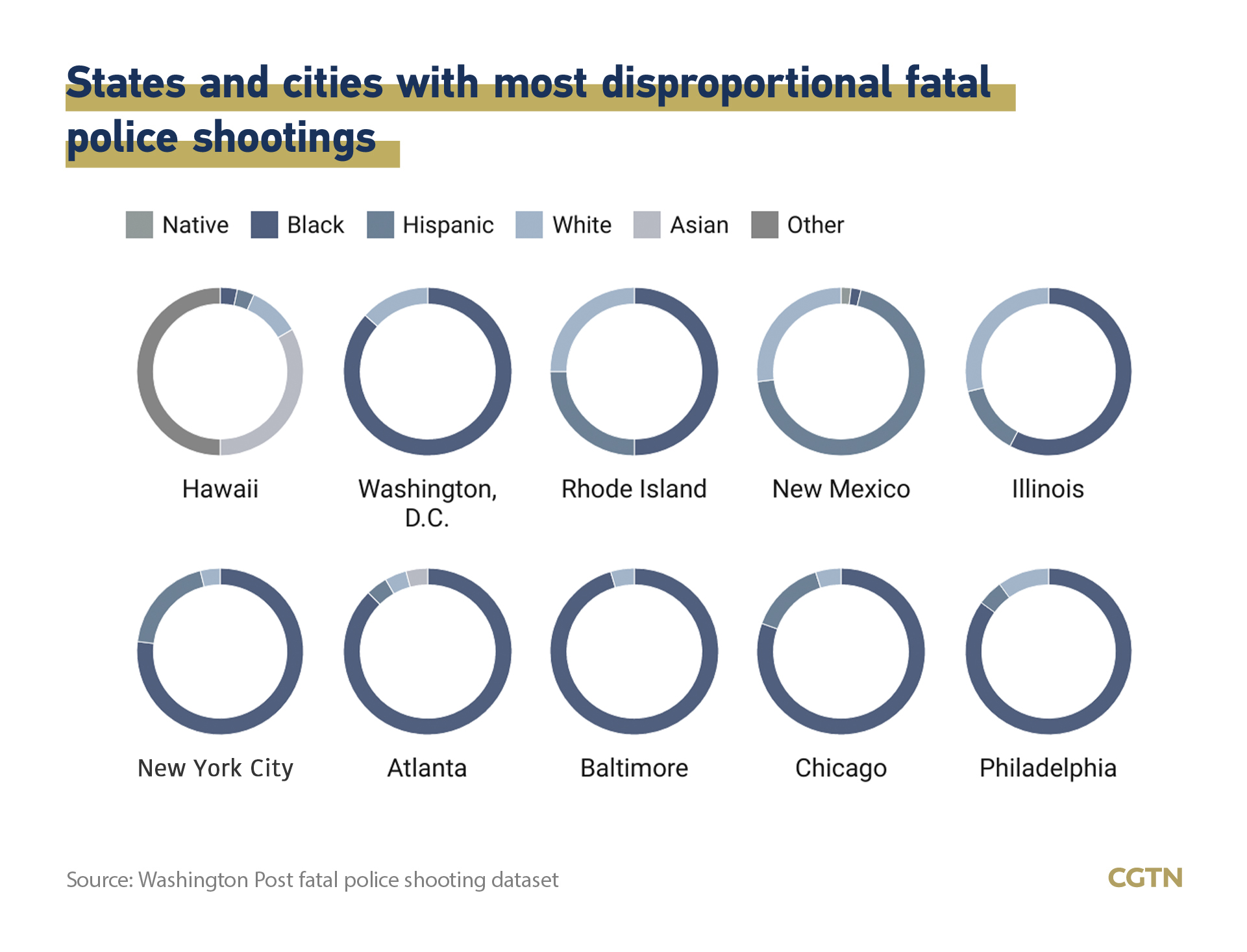 The tragedy of ethnic minorities being killed by police repeated itself almost everyday in the country. Yet, some states see a more disproportional number of police shootings. In Illinois, the 111 gun-related police brutalities since 2015 consist of 64 black victims and 32 white victims. However, black people only represent less than 15 percent of the state population, while white represents over 75 percent.

A study conducted by Stanford University in May 2020 reflects the racial disparity in police across the country. The study found that black drivers were less likely to be stopped after sunset, when a "veil of darkness" masks their race. It also suggests that the bar for searching black and Hispanic drivers was lower than that for searching white drivers. 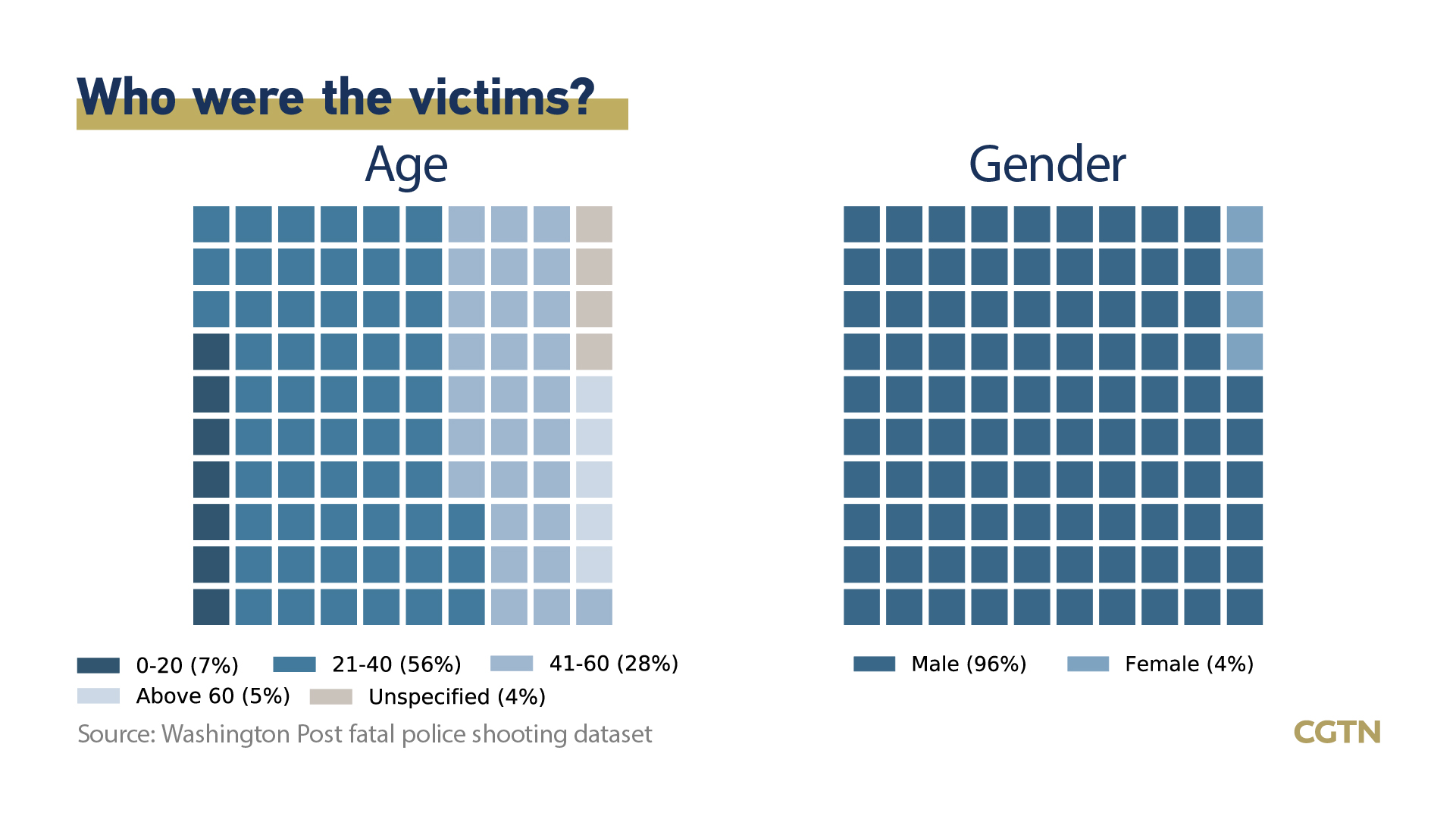 Hill represents a typical victim killed at the hands of police, male, middle-aged, person of color. The interviews of poor black teenagers in St. Louis, Missouri conducted by Rod Brunson revealed that these young people perceived that police officers often assumed they were up to something, regularly stopped and searched them without probable cause, and often used unjustifiable violent force. 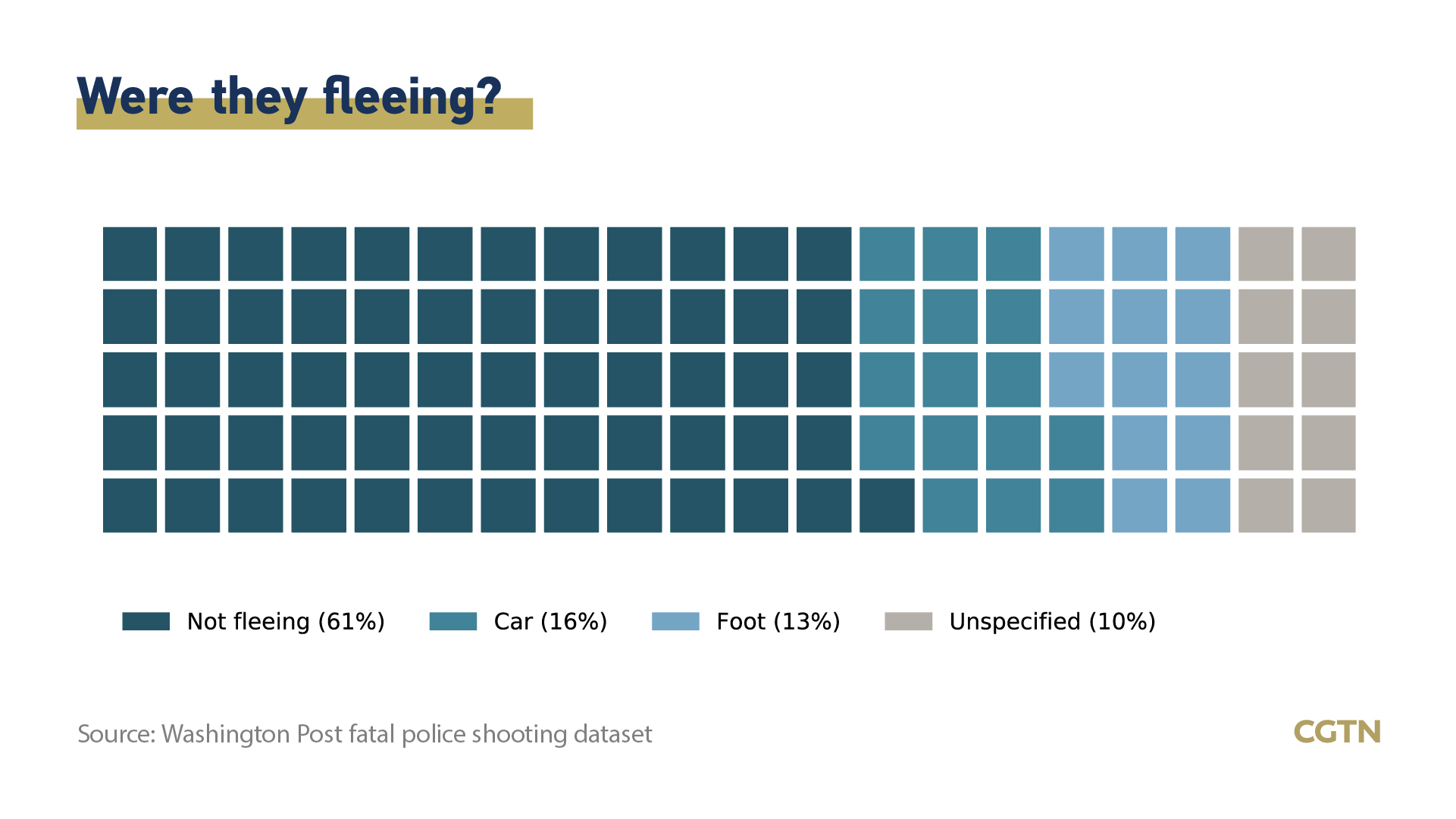 Andre Hill was unarmed and with no assumption to flee. The fatal shooting outraged the family, as well as the public. An Ohio grand jury indicted the former police officer who involved in the fatal shooting on murder in early February 2021.

Data shows that around three-fourths of the over 6,000 cases, the victims were neither fleeing nor escaping on foot. The necessity of police officers pulling the trigger stays questionable.